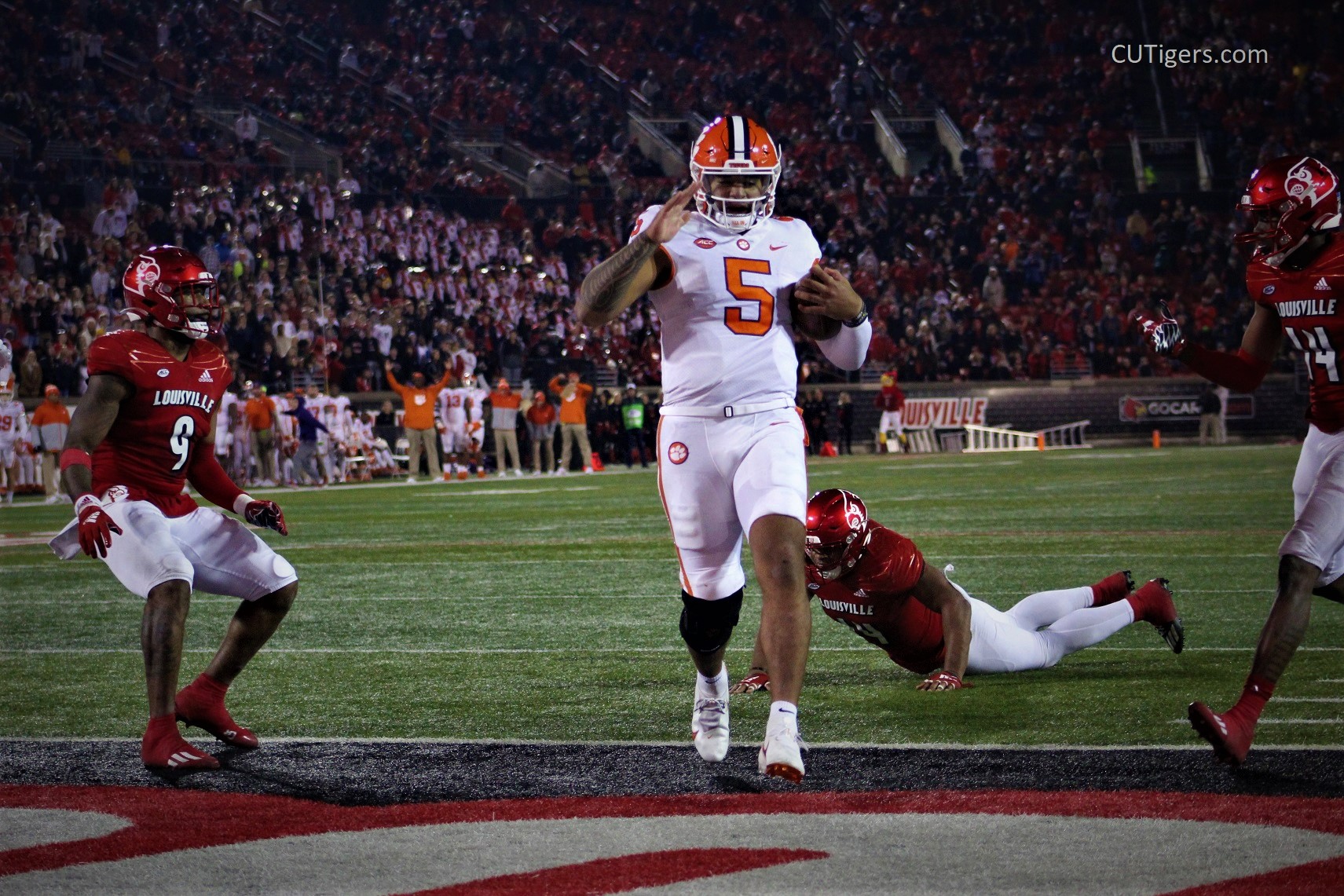 
CLEMSON WINS YET ANOTHER THRILLER, 30-24 AT LOUISVILLE, THANKS TO GOAL-LINE STAND

Photo by Trevor Groves
LOUISVILLE, KY - Well, they did it again! The Tigers won yet another last-second thriller. This time, it was 30-24 at Louisville for the Tigers' second road win of the season. Remarkably, all 9 of the Tigers' games against FBS opponents this season have been decided by 10 points or less, and the outcome has been in doubt in all of them with less than 5 minutes left. The Tigers took their first lead of the game with 4:12 left on an 8-yard scamper by DJ, hobbling on a sprained knee. After the defense forced a turnover on downs and took over in Louisville territory, the Tigers would add a field goal to put them ahead 30-24 with 2:19 left, but that would give the dynamic Malik Cunningham more than enough time to win the game. He had several big runs in the game, including a 51-yard touchdown, so everyone knew would be no small task to stop him on 4 downs twice in a row. Sure enough, the Cards drove the ball down the field, and Cunningham completed a pass to the 2-yard line on 4th and one and over a minute left. At that point, everyone in the stadium thought that the best the Tigers could hope for was to get the ball back with under a minute left and down a point. However, Brent Venables and the Tigers' defense had other ideas! They mounted a 4-play goal-line stand for the ages, and with 10 seconds left, the Tigers took over on downs and ran out the clock. 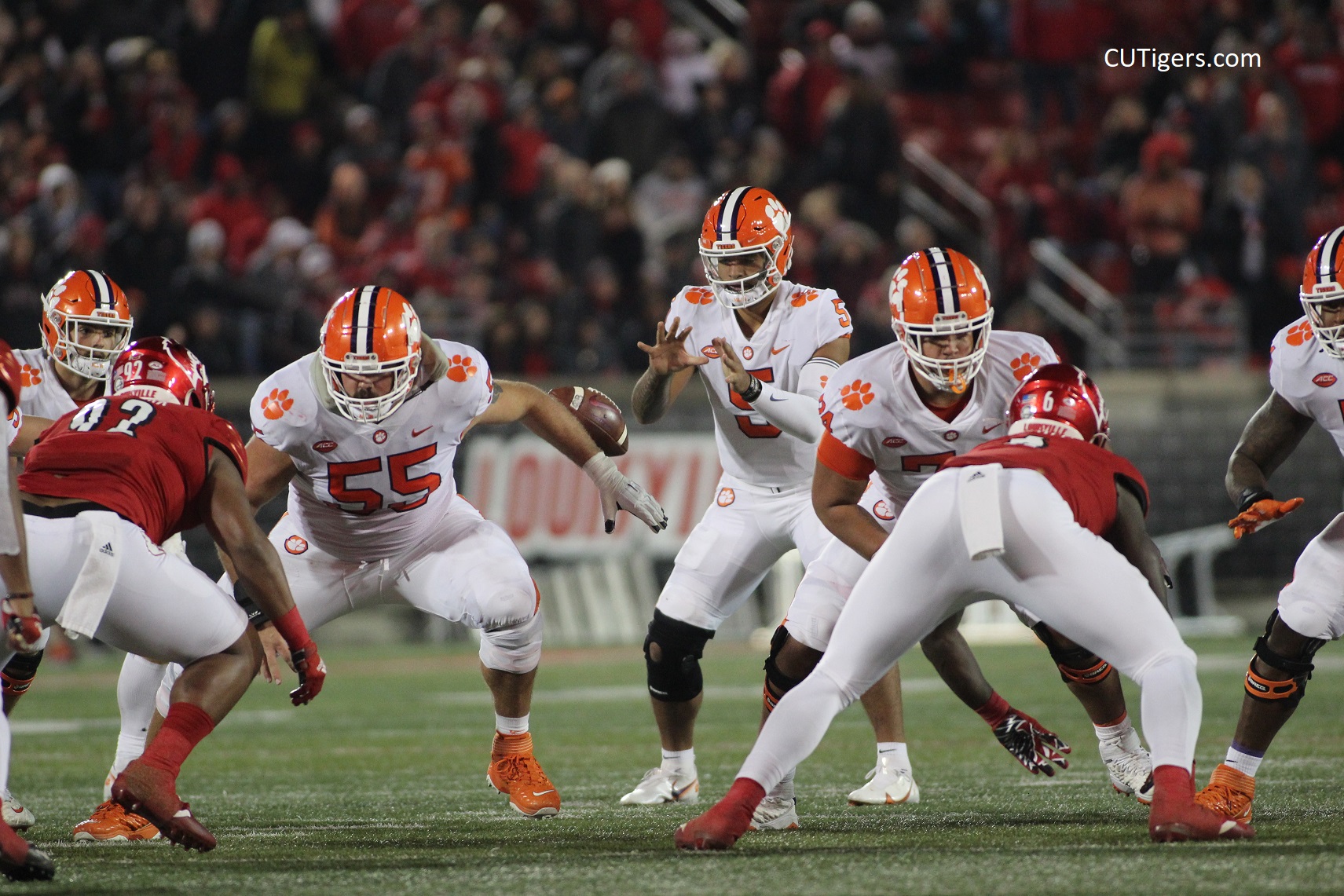 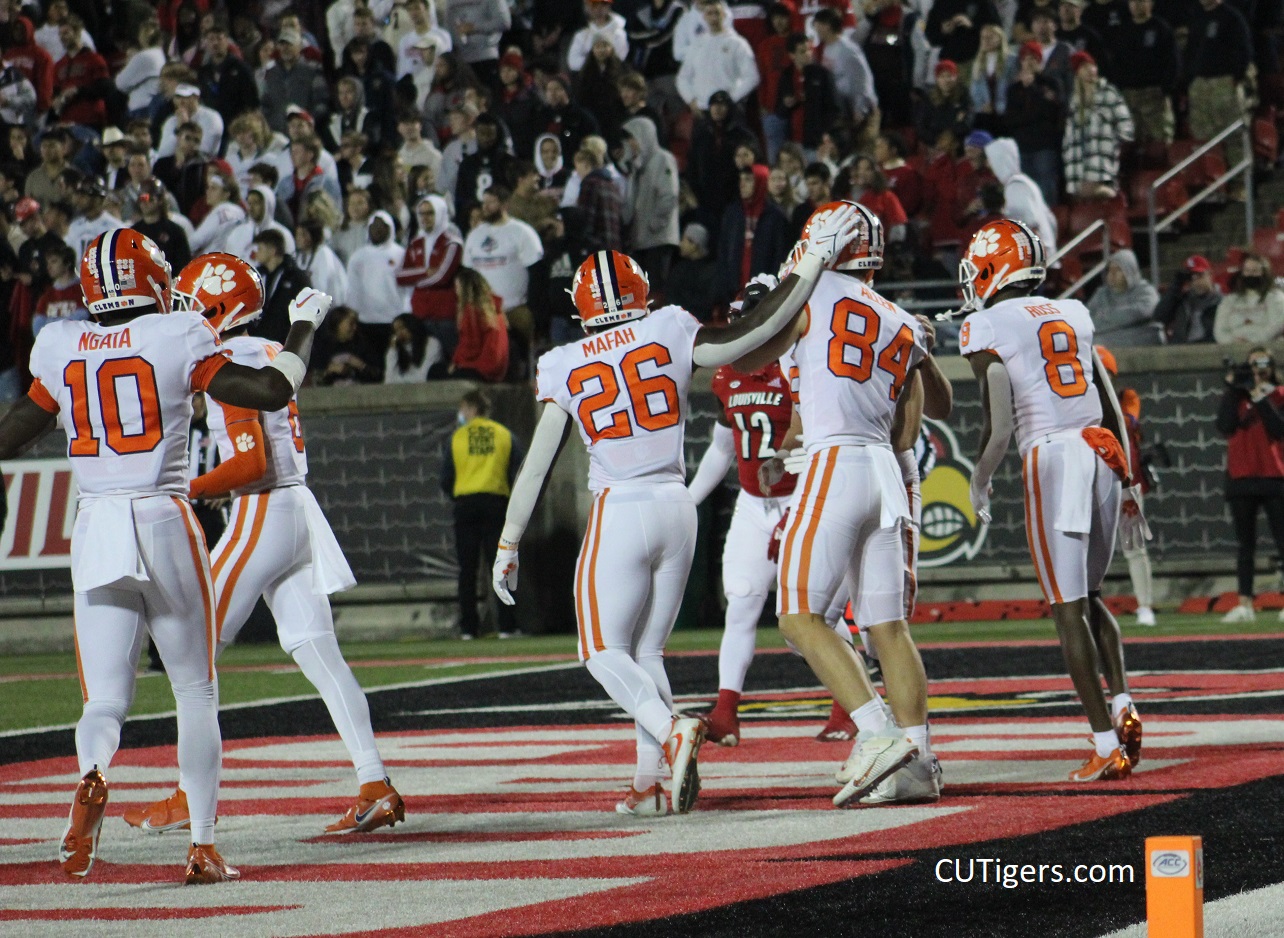 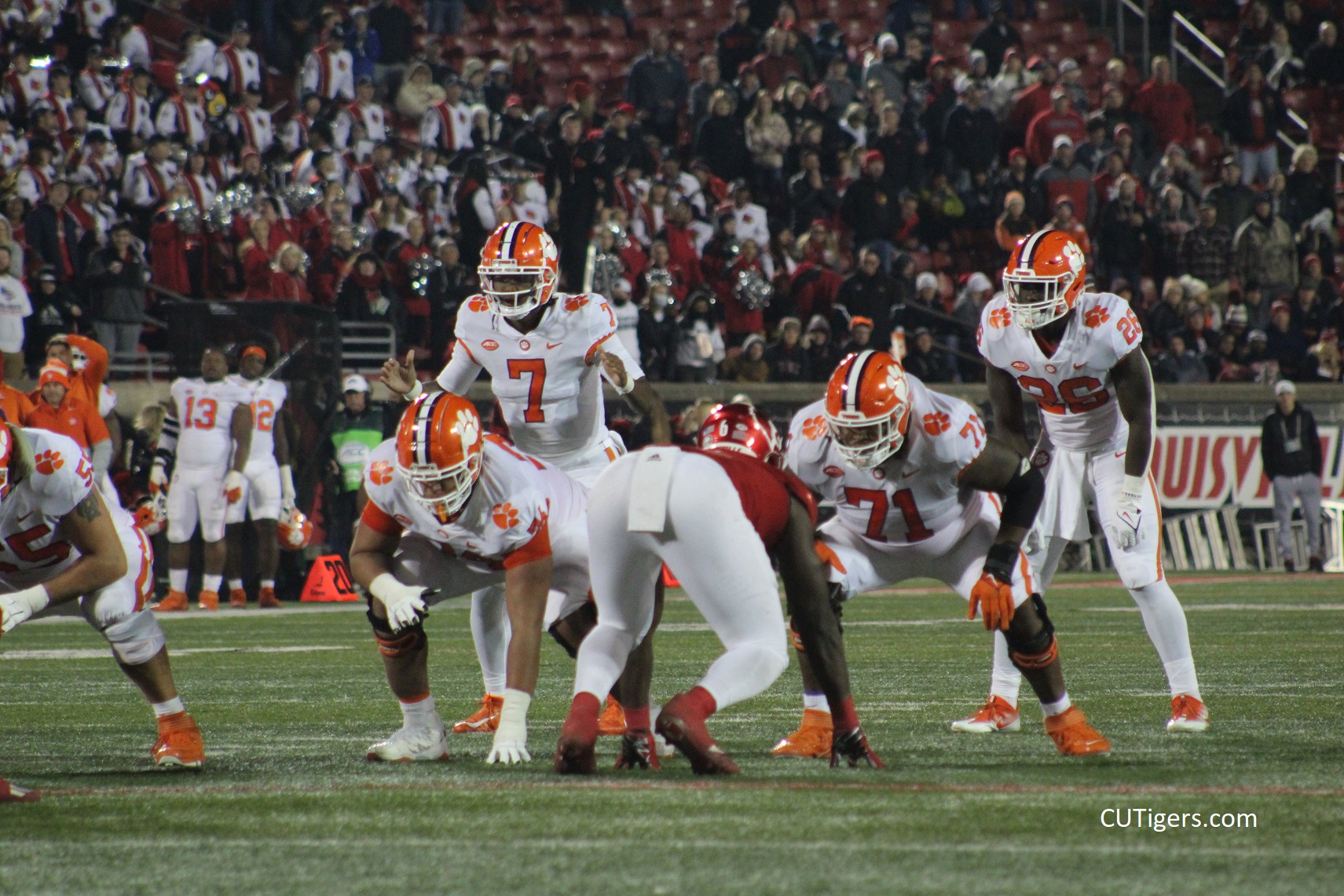 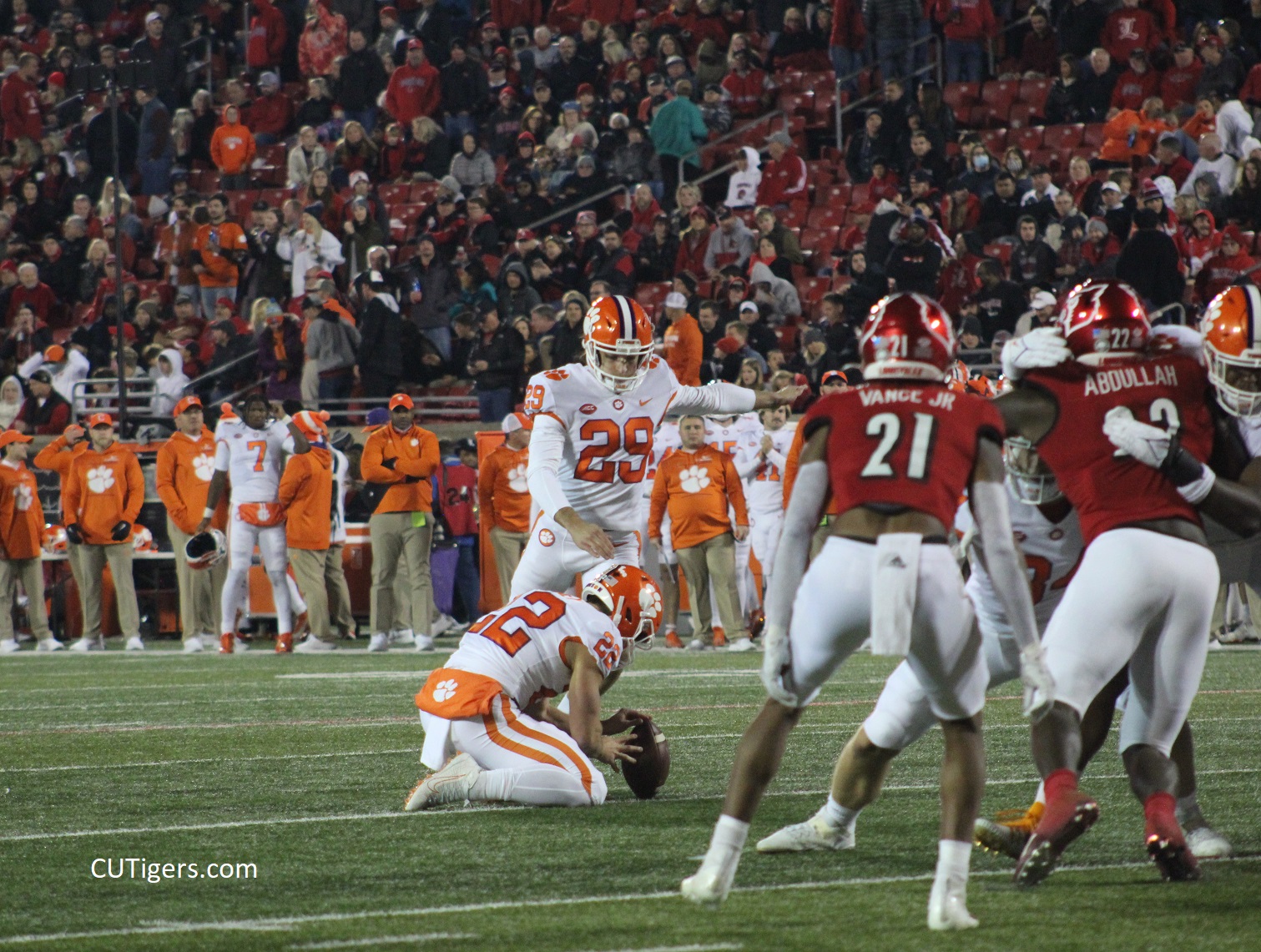 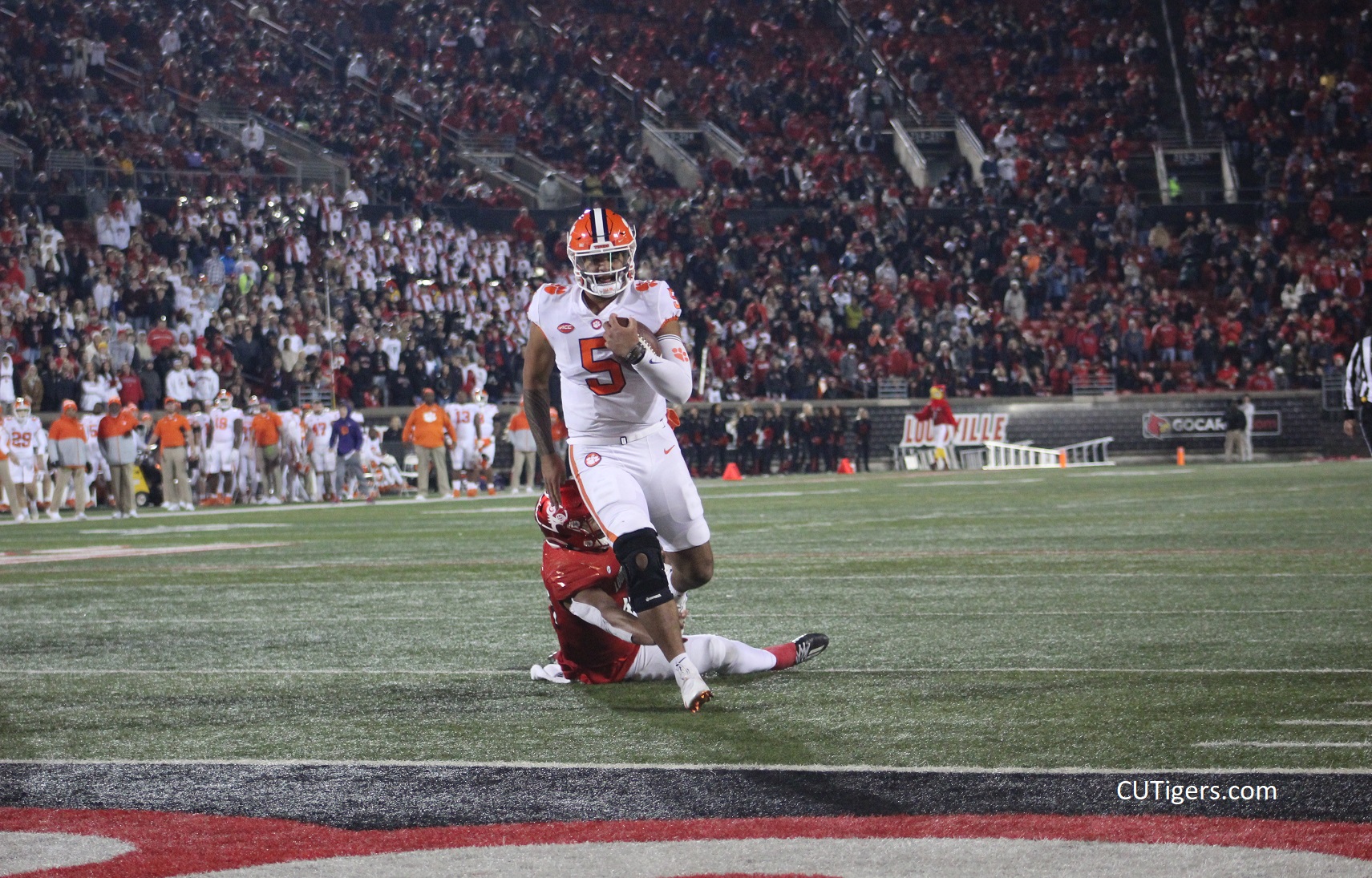 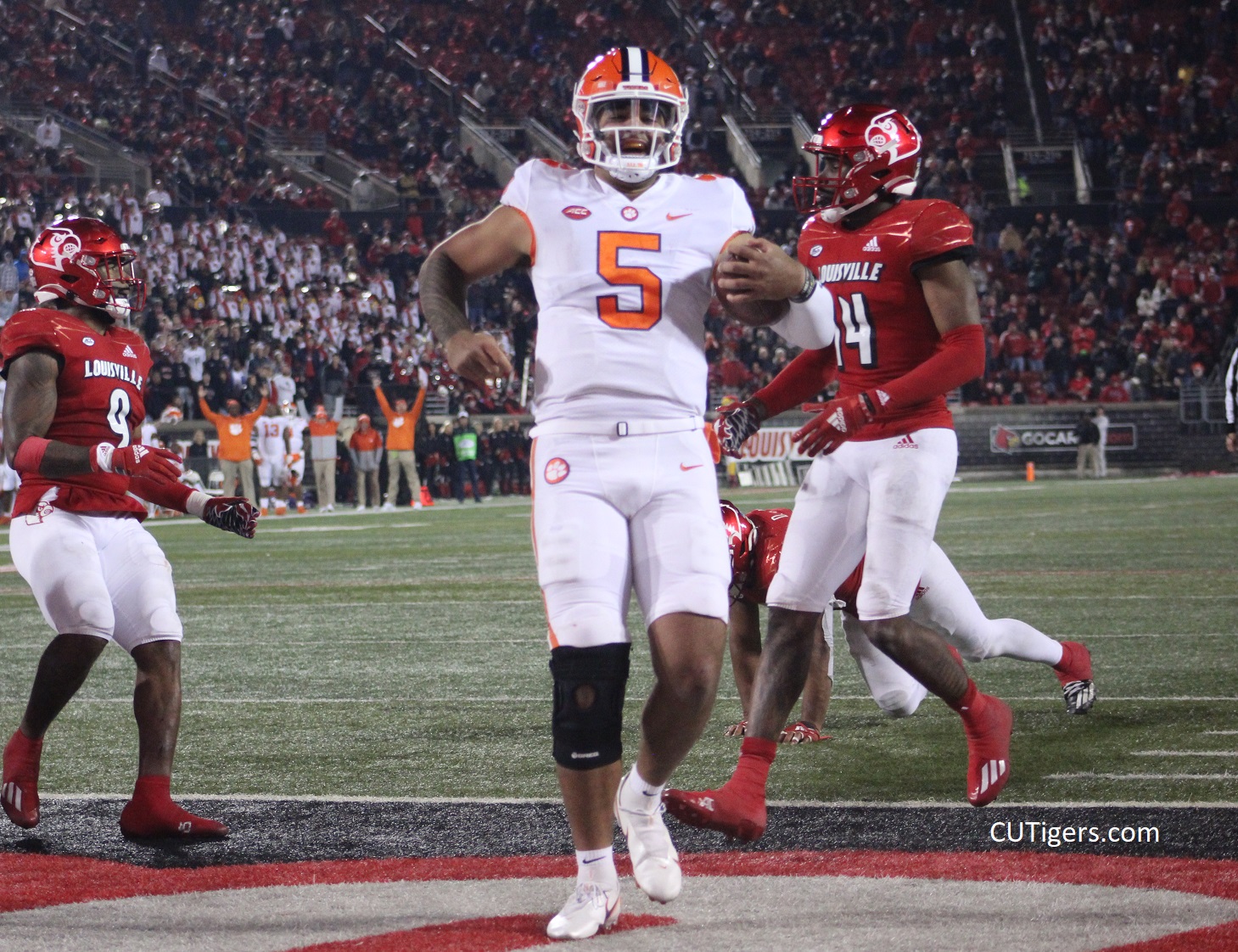 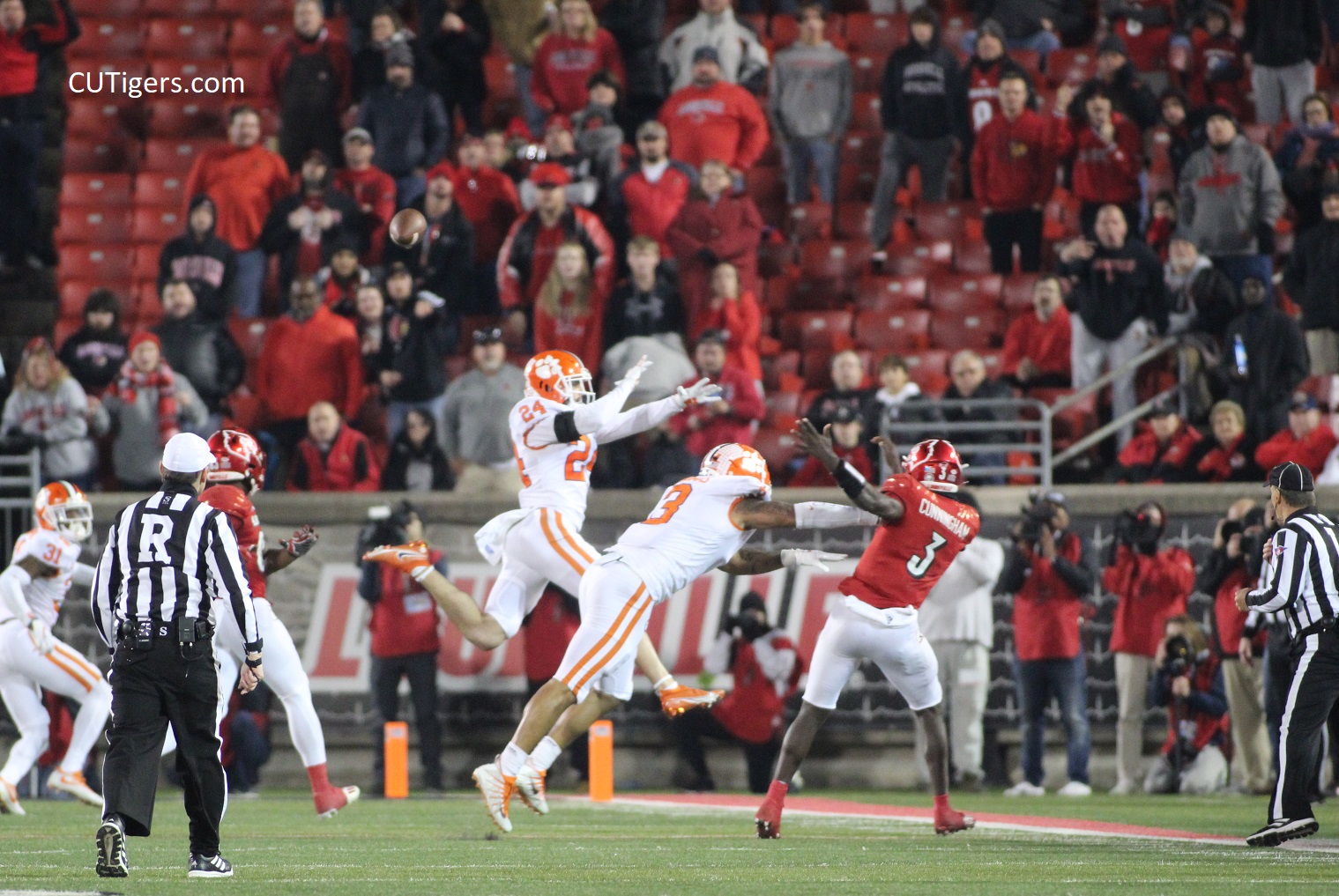 Are we getting tired of these types of games yet? Thank goodness the Tigers have UConn at home next week! It will be the first chance we can all catch our breath since SC State in week 2! BT Potter redeemed himself for last week's 1-4 performance by going 3-3 tonight, and the Tigers needed every one of them! If he had missed just one, Louisville would have at least forced overtime. Kobe Pace left the game in the first half with a concussion after missing last week's game due to COVID. 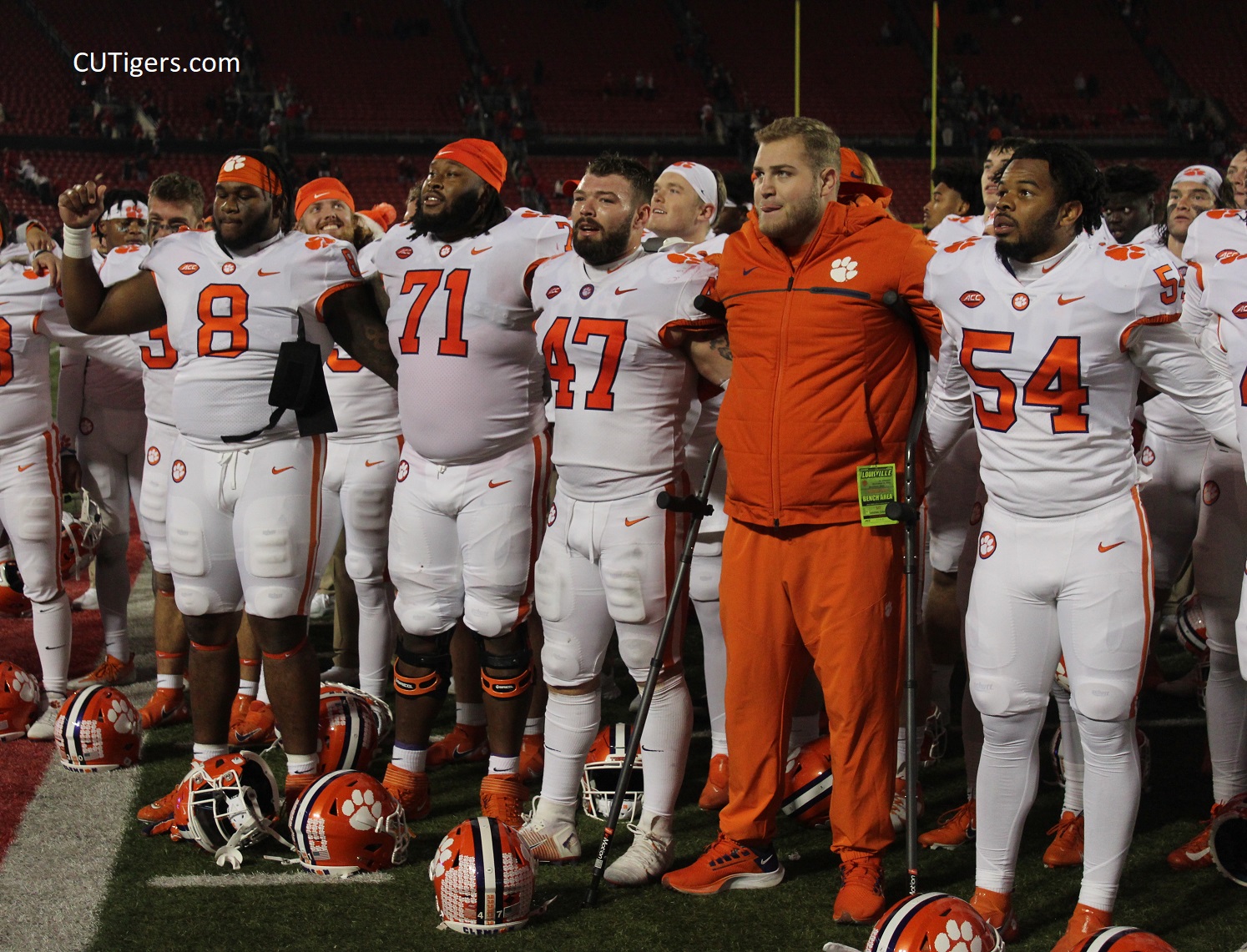 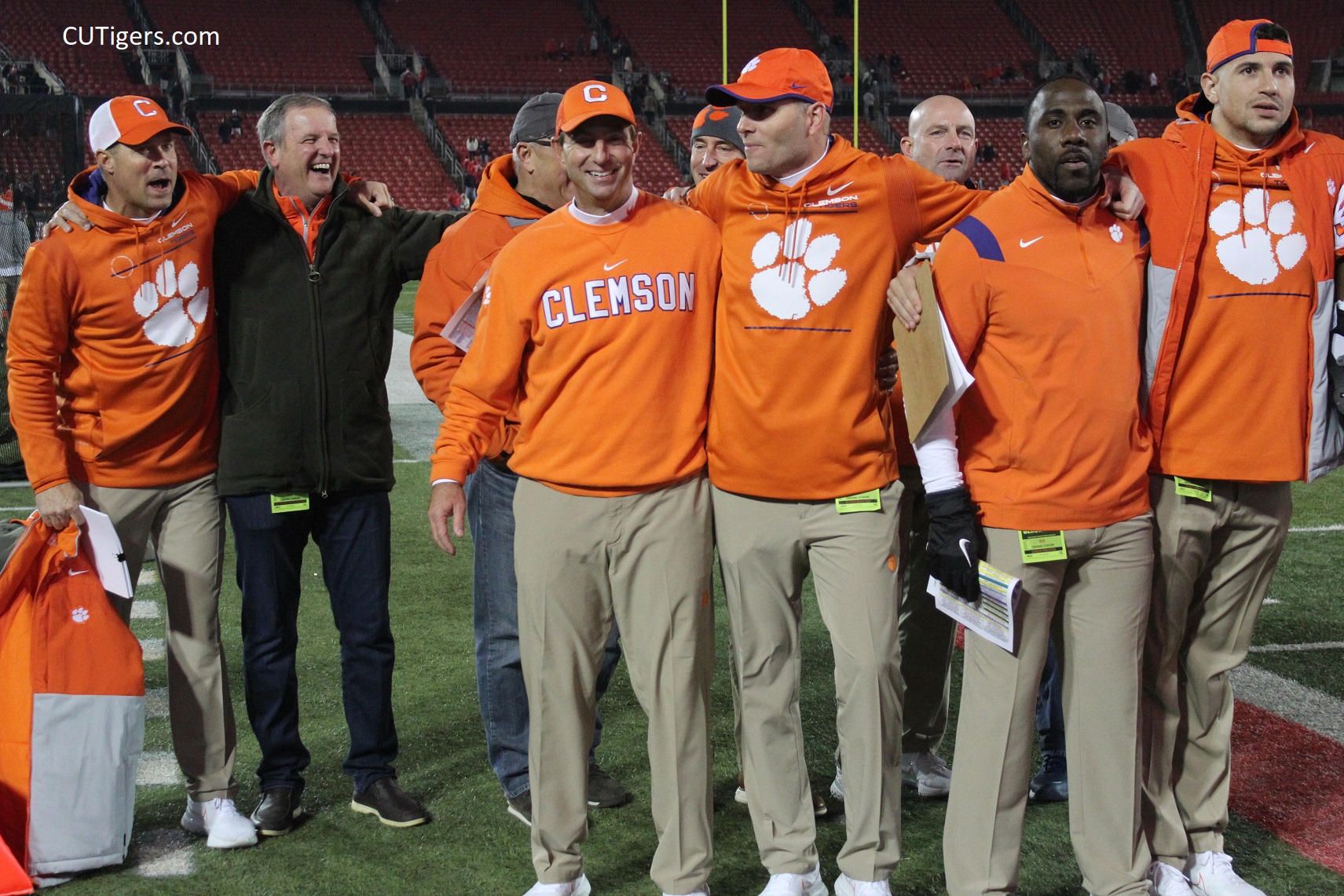 The Tigers improve to 6-3 on the season and are still alive for another ACC Championship! They need NC State to beat Wake and lose to UNC. The Tigers are 7-0 all-time versus Louisville and 31-7 in one-score games since 2011!
I'll have more analysis on Sunday, but I have a long drive to Knoxville ahead of me tonight, and if I leave now, I'll be pulling in at about 5 am! In the meantime, post-game interviews, highlights and notes are below, and I'll have our Sunday evening Zoom call with Dabo posted for you as well!