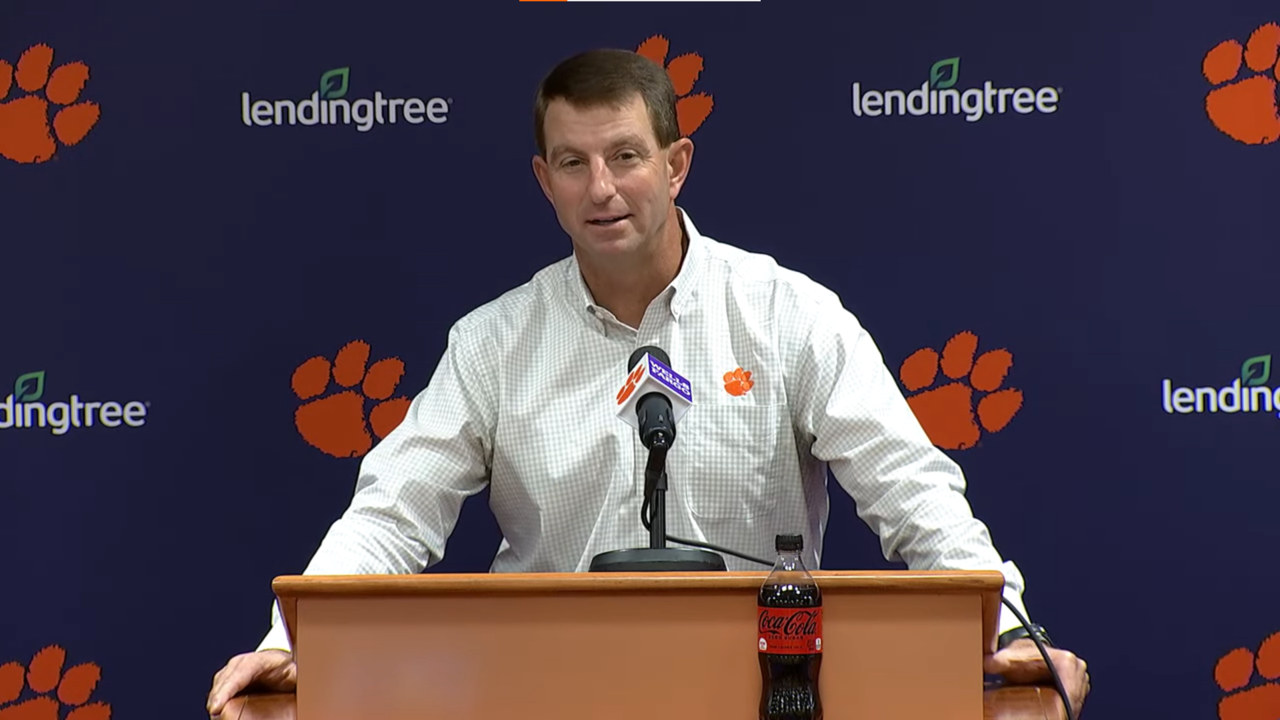 Photo by Trevor Groves
Dabo broke the news that Justyn Ross will miss the Wake game and have surgery on his foot, which has had a stress fracture all season. He was listed as a starter on the depth chart that was released last night, so I thought that was a good sign that Ross might play, but apparently he's out. So the Tigers will be without their top 3 WR's in Ross, Ngata and Ladson. It will be up to sophomore EJ Williams and the freshmen Collins to carry the load in the passing game along with TE Davis Allen.
We spoke with James Skalski and Darien Rencher, a couple of super seniors who will be playing their final game in Death Valley on Saturday, as well as freshman WR Dacari Collins, who is just getting started. Dabo's press conference and the full interviews are below!
MORE CLEMSON FOOTBALL AND BASKETBALL COVERAGE HERE