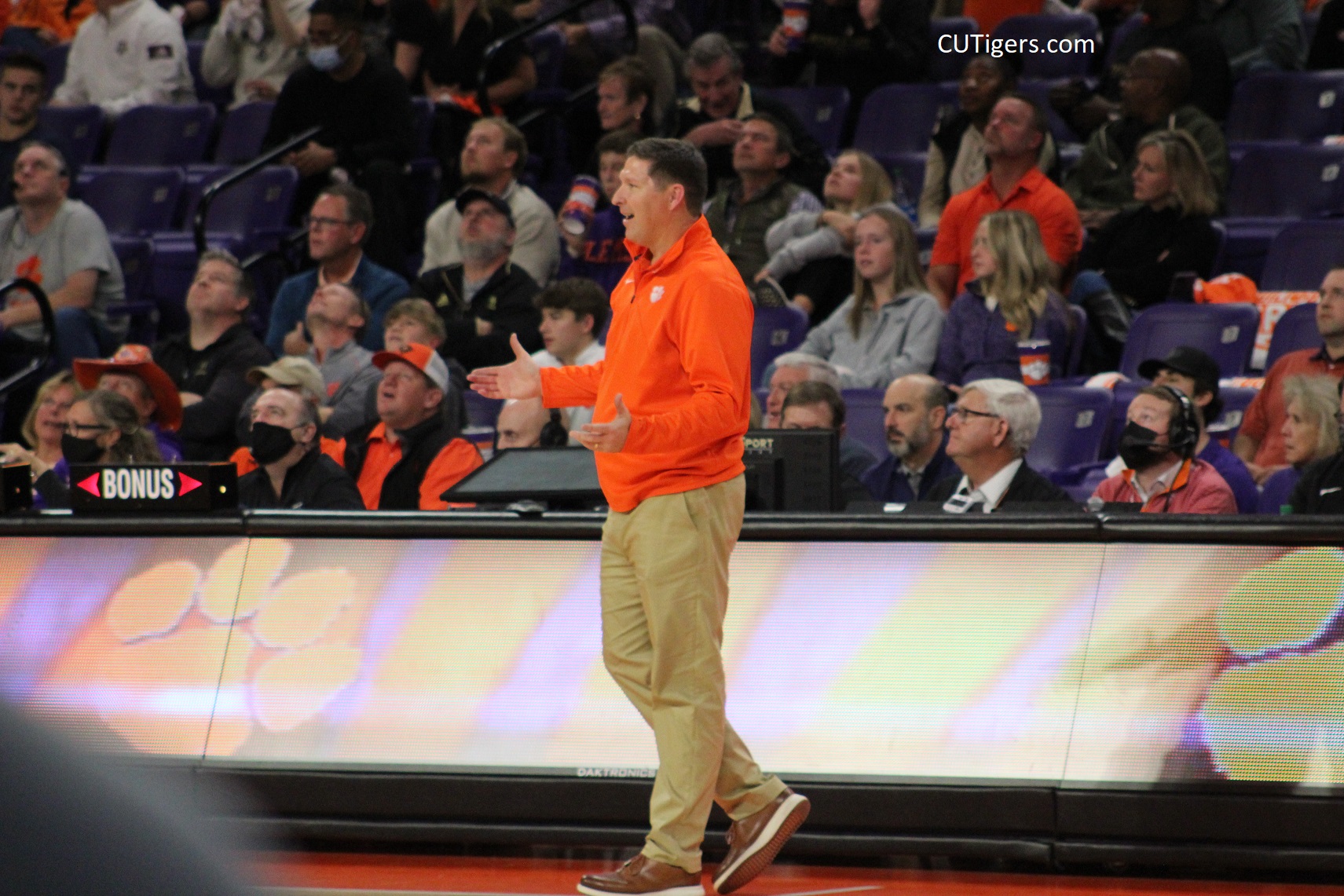 Photo by Trevor Groves
I was going to ask Brownell after the game if PJ Hall was under the weather because he sat for much of the 1st half and didn't score until the end of the 1st. It turns out Hall and several others caught whatever bug Hemenway had, which caused him to miss Friday's game. In retrospect, it's amazing that the Tigers led for most of the game and were within one score in the final minute with half the team sick against a physical, pressing team like West Virginia. And it was their 3rd game in 4 days! The Tigers had 20 turnovers against "Press Virginia," and that was a big factor in the game. The Tigers had less than 10 turnovers in their previous three games. Brownell apologized to his players after the game for the miscommunication which led to them having 6 players on the court after the timeout in the last 30 seconds, which led to the technical foul. I'm not sure it would have made a difference because all WVU had to do was make one free throw to make it a 4-point game with 15 seconds left, but obviously it was a sour way for the game to end.
It's too bad the 66-59 final score won't indicate that it was a one-score game in the last minute and that the Tigers led most of the game. Hope this one doesn't cost them an NCAA bid! The Tigers drop to 4-2 and are ridiculously close to being 6-0 and ranked. They led No.22 for most of the game and by as many as 16, and they led West Virginia by double digits in the 2nd half as well. That is encouraging for this young team! I'm pretty sure they would have won easily if they didn't have several players playing sick. The Tigers will get a much-needed break until the day after Thanksgiving when they host Charleston Southern. Incidentally, Bob Huggins passed Roy Williams for 4th on the all-time win list and will pass Jim Calhoun later this season for 3rd.
Post-game interviews and highlights are below.