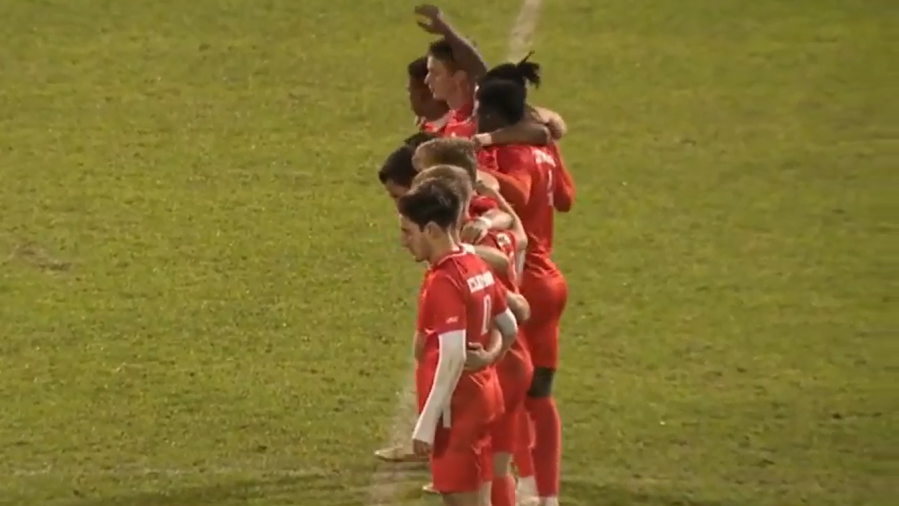 CORVALIS, OR - The Elite 8 match between the Tigers and Beavers was one of David versus Goliath in terms of program success. Oregon State entered the game just 4-5 all-time in the NCAA Tournament, while Clemson was 56-28-7 with 27 Sweet 16 appearances and 2 national titles. However, it was Oregon State that was the No.1 overall seed in this tournament with home field advantage in the Great Northwest. The Beavers jumped out to a 1-0 lead in the 30th minute thanks to an own goal off the back of a Tiger defender. The Beavers' corner kick was headed into the defender's back and into the net. The Beavers dominated time of possession, corner kicks and scoring opportunities throughout regulation, but the Tigers tied the game with a penalty kick by Luis Felipe Fernandez-Salvador with just 5:30 left in regulation.
After two scoreless 10-minute overtime sessions, penalty kicks would determine who went to the College Cup Final Four and whose season would end. Clemson goal keeper George Marks came up with a tremendous save on the Beavers' second shot and then made another on their fifth shot to seal the win.
“Incredibly happy and proud of the team,” said Head Coach Mike Noonan. “Oregon State is a quality team that was deserving of the #1 ranking. We got stronger as the game went on, and I felt it fitting that we prevailed to advance. We spoke all week about doing something very hard. Trust, belief in each other and hard work carried the Tigers tonight. We couldn’t be happier to represent Clemson and the ACC in this year’s College Cup.”
The Tigers' 9th trip to the College Cup (Final Four) ties UNC for sixth-most all-time. They will face ACC foe Notre Dame, which also advanced on PK's over Pitt, on Friday at 6:00 in Cary, NC. If the Tigers win, they will face the winner of Georgetown and Washington on Sunday at 2:00 for Mike Noonan's second National Championship appearance since 2015.
MORE CLEMSON FOOTBALL, BASKETBALL AND SOCCER COVERAGE HERE