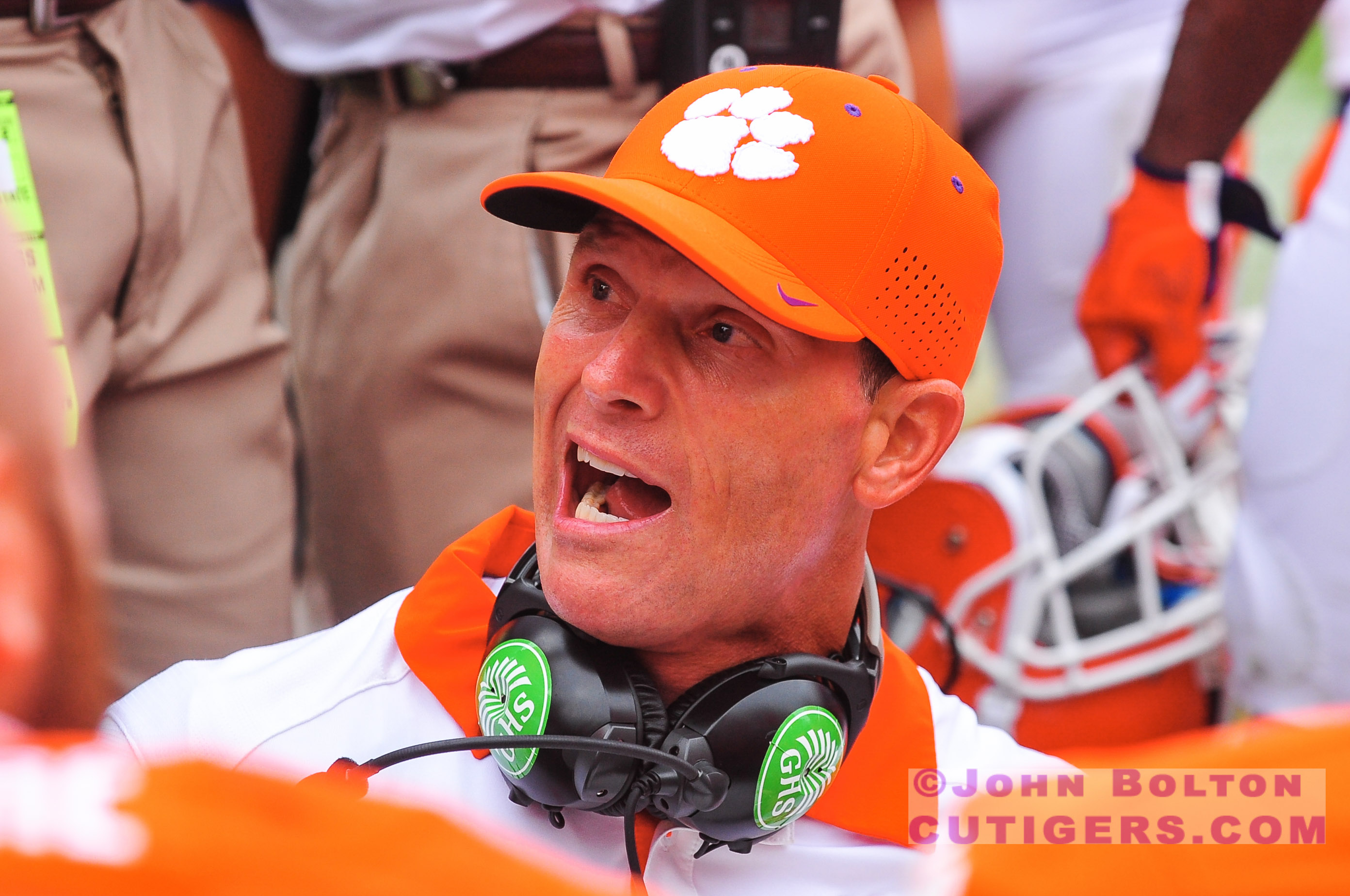 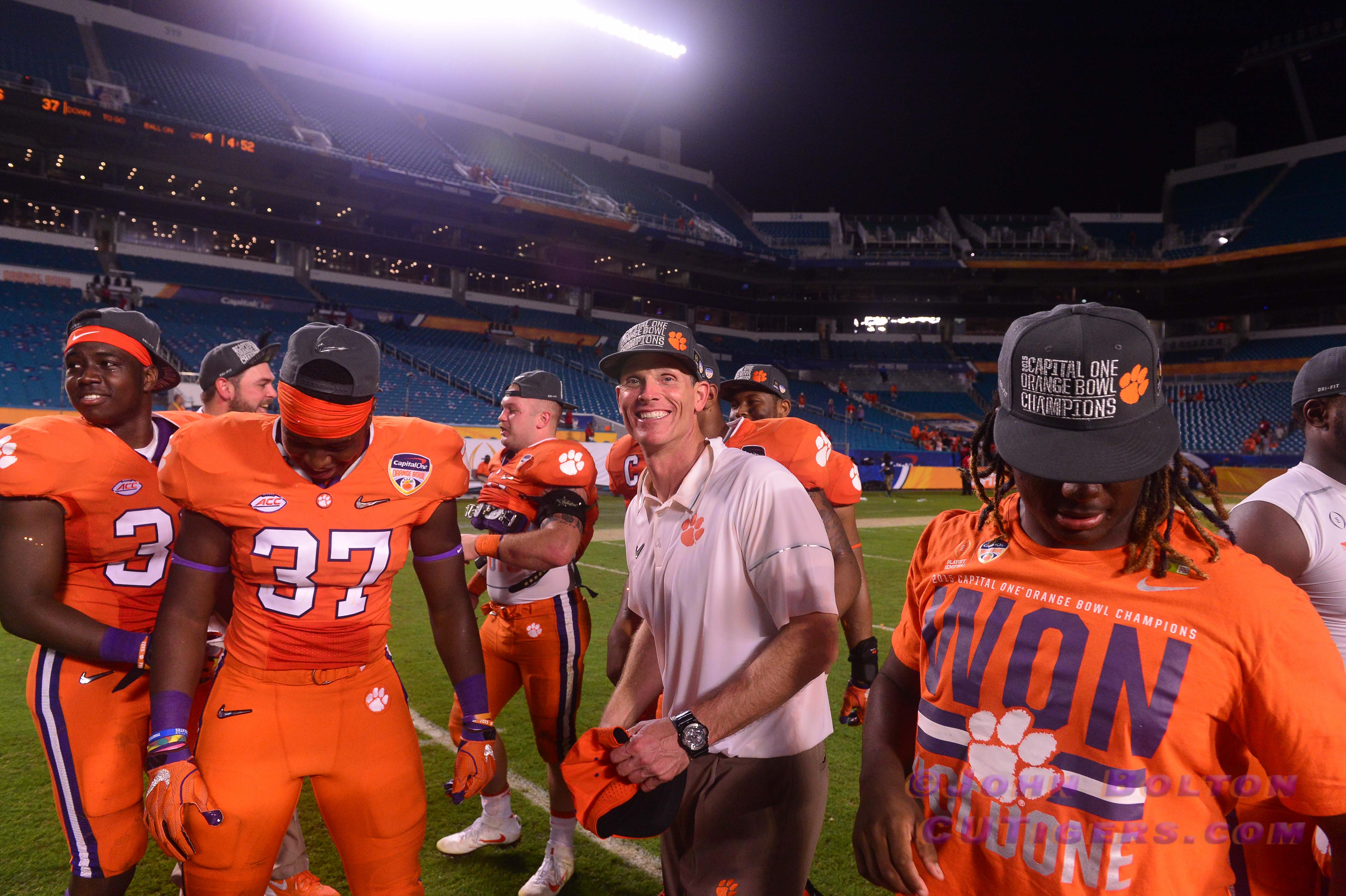 After a week of speculation, rumors and hearsay, it's official. 10-year Clemson Defensive Coordinator Brent Venables has accepted the Head Coach position at Oklahoma, where he served as Defensive Coordinator under Bob Stoops before Clemson. The Venables watch began when Lincoln Riley shocked the college football world by announcing that he was leaving Oklahoma for USC. I've said for several years that I didn't believe Venables would leave Clemson for any head coaching job, at least for many years, and I was right until now. I guess this one was just too good for him to pass up. Obviously, it's much more money and it's a place close to his native Kansas, where he spent many happy years coaching before moving to Clemson. Personally, I don't think he'll enjoy being a head coach, knowing his personality and all the obligations that come with being the CEO of a major program like Oklahoma. Perhaps he felt like it was now or never and had to find out if he could take the next step. If it doesn't work out after a few years, Dabo would probably welcome him back with open arms! 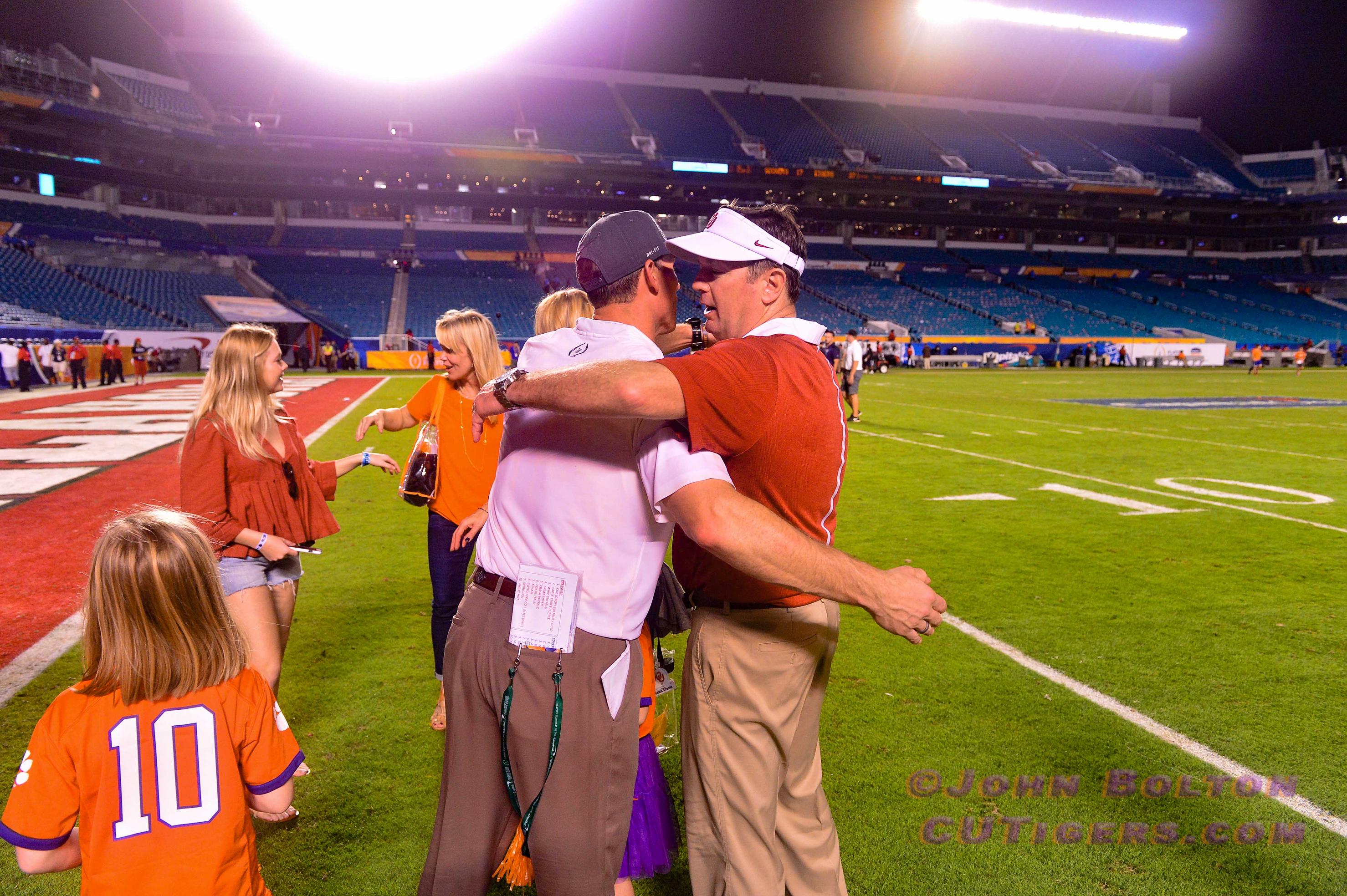 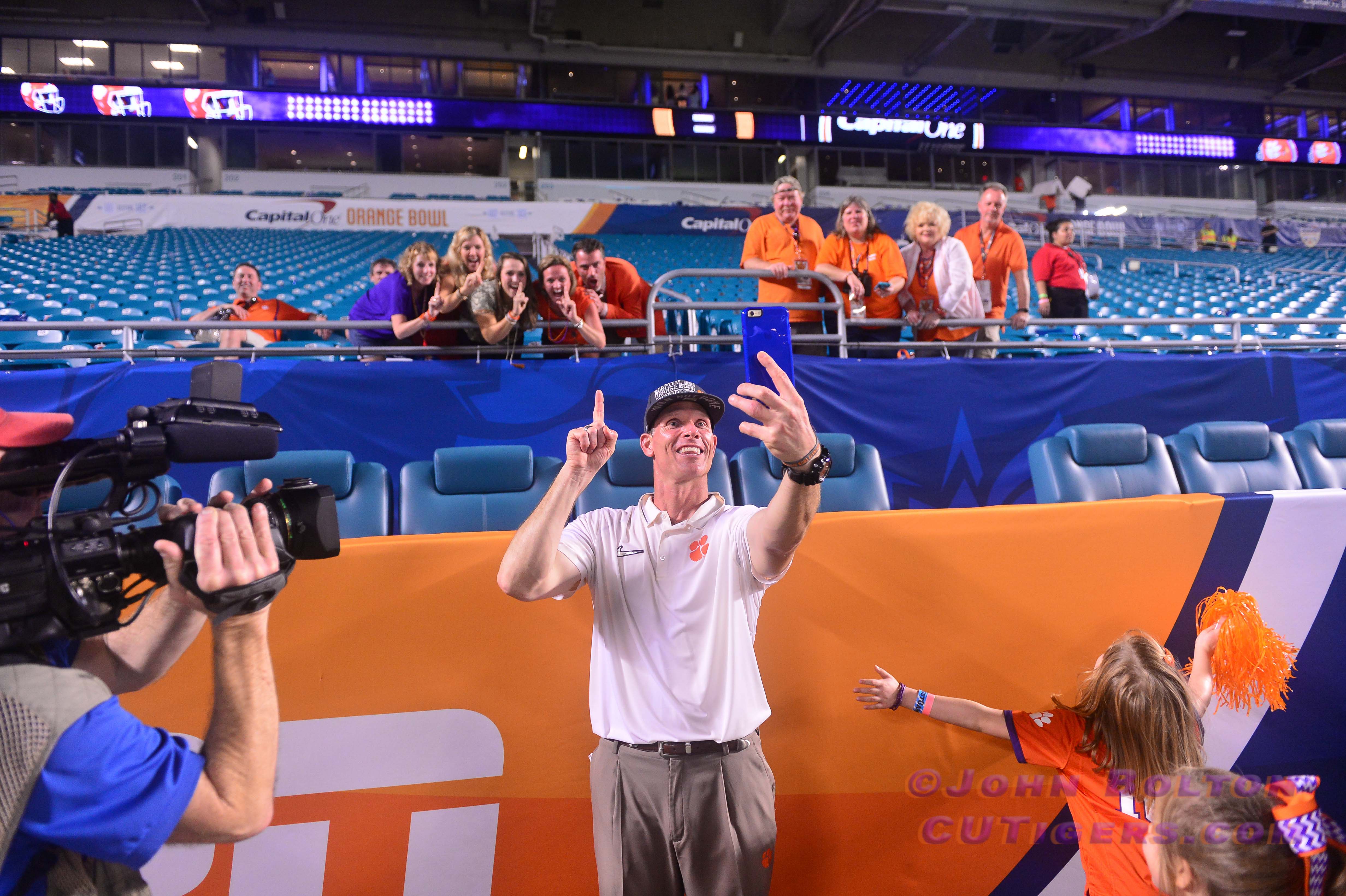 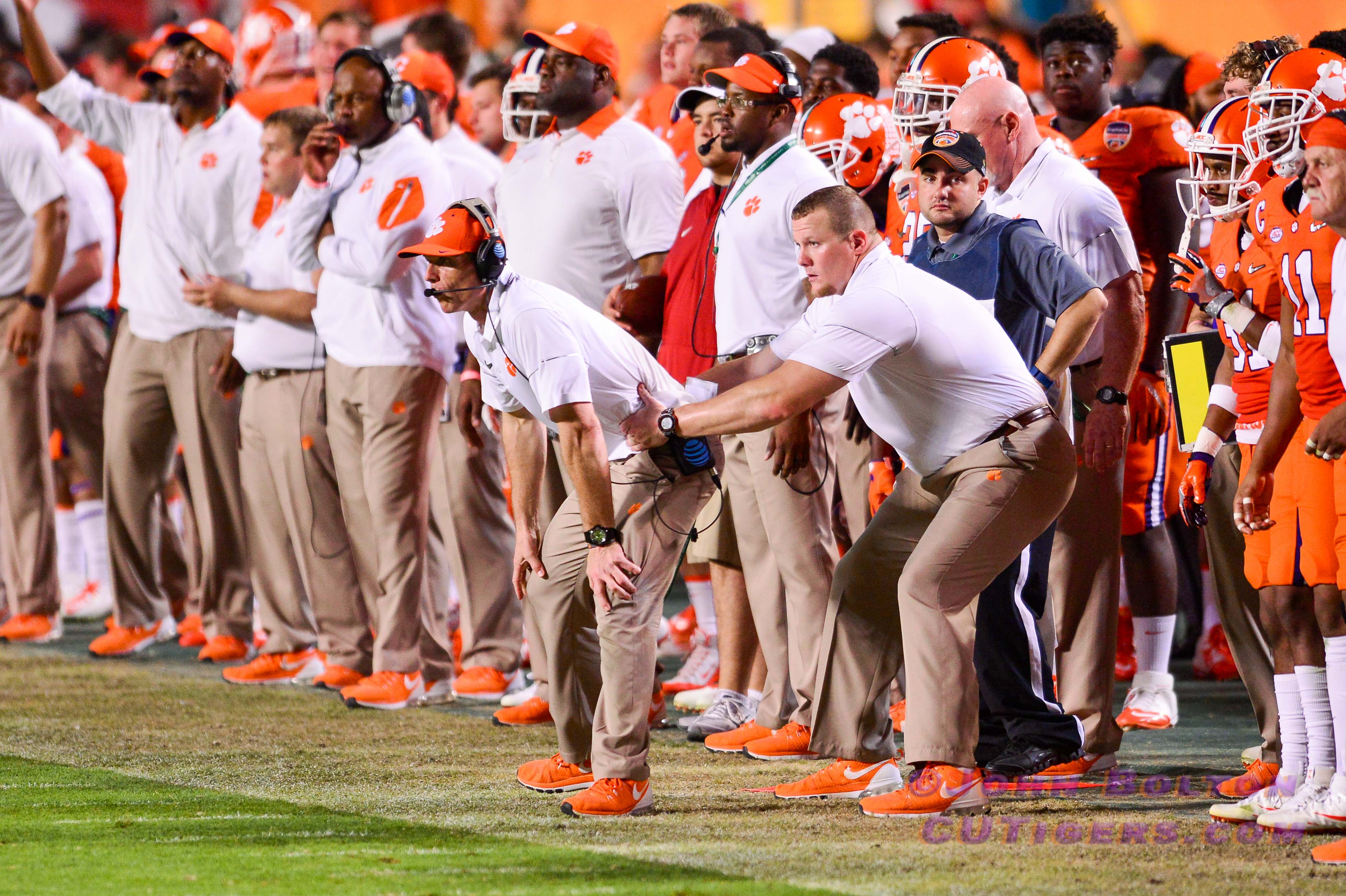 “I am super excited for Brent and Julie and the entire Venables family. Man, he’s not only been a great co-worker and defensive coordinator, but he’s been a great friend. I’m so excited for this opportunity for him. He’s been very patient. He’s had many opportunities along the way. This was just the right fit for him and the right time with a lot of familiarity for him at Oklahoma. I know he is well-prepared. It’s been fun for me to watch him really grow since 2012, and I’m excited for Oklahoma because they’re not only getting a good coach, they’re also getting a great man who is going to do it the right way.

His hiring is a great compliment to our program and to all the great players that we’ve had. I’m going to miss him, but at the same time, I’m also excited about moving forward here and the great opportunity ahead. Today is a great day for Brent and his family and a great day for Oklahoma, and the entire Clemson Family and I are proud of — and thankful for — his 10 years here and the lives he impacted in the process.”

In the meantime, Dabo's challenge is to replace one of the best defensive coordinators in the history of college football. The Tigers have led the nation in sacks and three-and-outs since 2013, the second season with Venables, and they have had the best or second-best scoring defense over that period as well. If not for the nation's second-best scoring defense this season, the Tigers would have lost several more games with their struggling offense in 2021. One name that has emerged in the past few days is Wes Goodwin, who has been a defensive analyst for Venables and the Tigers over the last several years. He was a GA at Clemson in 2009, Dabo's first full season as head coach, and was an interim cornerback coach for the Tigers' Peach Bowl win over LSU to end the 2012 season. Goodwin spent a few years in the NFL as an assistant for the Cardinals under Bruce Aryans before returning to Clemson. Many think that he is a big reason for the success Venables has had at Clemson. Dabo might also consider promoting CB Coach Mike Reed or DT Coach Todd Bates, as we know Dabo likes to keep things in-house. He could also look to former DL Coach Marion Hobby, who has spent the last several years in the NFL. Some have speculated that Dabo might look for someone outside the Clemson program like Manny Diaz, who just lost the head coaching job at Miami.
The recruiting watch is also on, as the Tigers have already lost a pair of 4-star defensive recruits from IMG Academy in Florida as a result of Venables's departure. Another one to keep an eye on is 4-star athlete Jaran Kanak from Kansas. Dabo and Venables paid a visit to the Clemson commit last Tuesday, which was about the same time Venables interviewed at nearby Oklahoma. Kanak remains committed to Clemson for the time being with National Signing Day less than a week away. We'll also have to keep an eye on Tyler Venables and whether he decides to stay at Clemson or follow his dad to Norman, Oklahoma. Tyler had an outstanding sophomore season in 2021 and would be missed next season if he leaves. In case you missed it, backup LB Jake Venables already announced weeks ago that he would be leaving Clemson after he graduates due to the several injuries he has suffered and a desire to pursue a career outside of football.
Stay tuned, as we bring you the latest developments in the Tigers' coaching search and recruiting!
MORE CLEMSON FOOTBALL, BASKETBALL AND SOCCER COVERAGE HERE