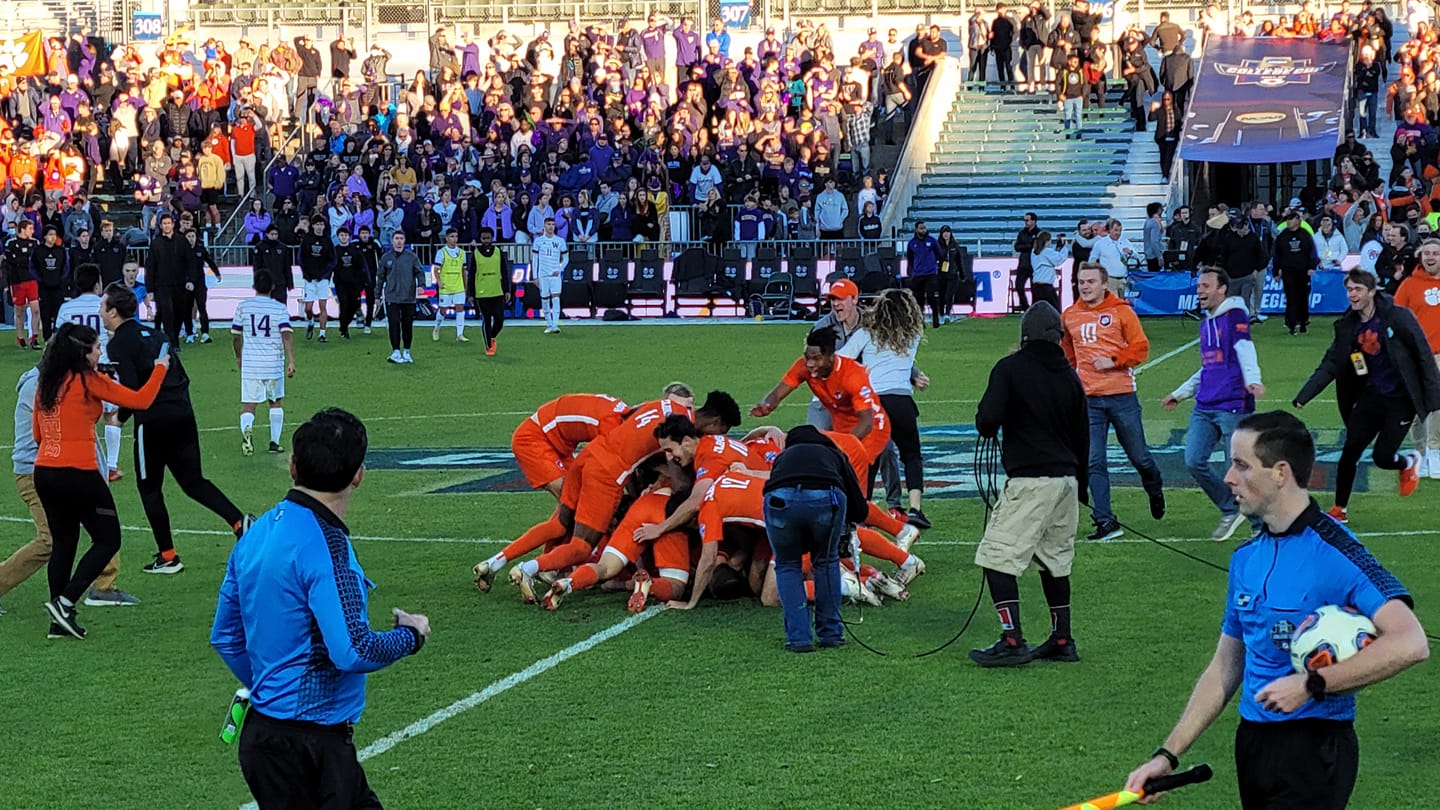 What a game! The Tigers jumped out to a 1-0 lead in the first minute thanks to Isaiah Reid finding the open net after the Washington keeper tried to clear the ball out of the box and missed. As it turned out, that would be the only goal the Tigers would need as they shut out the high-powered offense of the No.2 Huskies. However, Reid would add an insurance goal in the 30th minute on a beautiful header off a cross from Asensio. Reid, a Rock Hill, SC native and part-time defender, had scored just one goal in the previous 14 games and hadn't scored in over a month, but he was the hero of the National Championship. He finished with 9 goals for the season, one more than Pipe Fernandez for the team lead.
It's ironic that this would be the team that won Clemson its first national title since 1987. They were the No.1 overall seed last year but were knocked out in penalty kicks by eventual champion Marshall. In fact, they were knocked out of the last two NCAA Tournaments via PK's, but they made it to this Championship by winning the quarterfinal and semifinal rounds by virtue of PK's. George Marks was superb in the Tigers' last 3 games, making several tremendous saves, including 3 of them in those two rounds of penalty kicks against No.1 Oregon State and No.4 Notre Dame. The Tigers have had several better, more talented teams over the years that had come up short, including Mike Noonan's last trip to the National Championship Game in 2015 and the nation's best offense in 2019. This year's team had to overcome injuries to key players such as James Brighton and Mohamed Seye and was just the No.8 seed, but it was able to beat No.1 on the road and No.4 and No.2 in the College Cup (Final Four) en route to the title! The Clemson soccer and football programs now have 3 national titles each.
Post-game interviews are below! 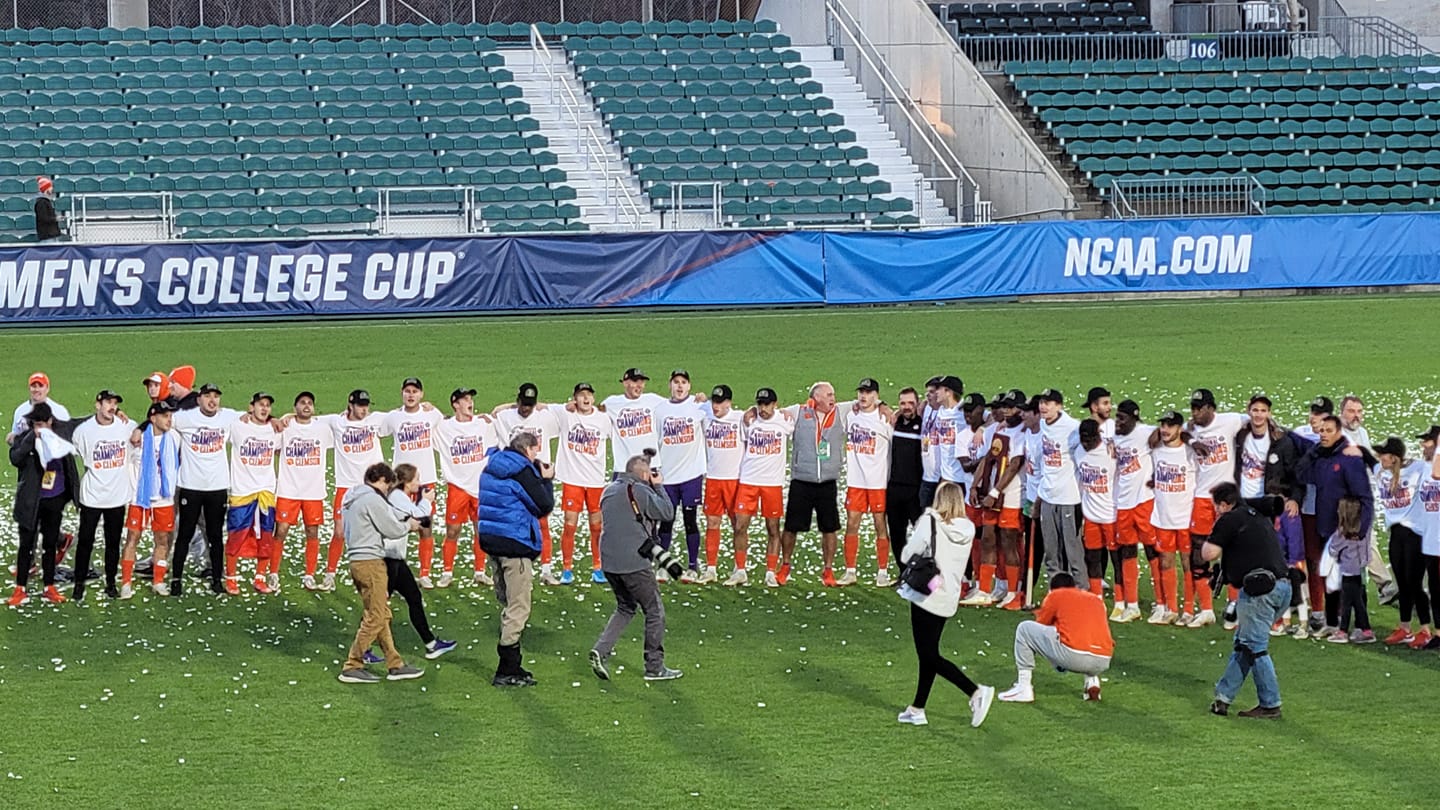