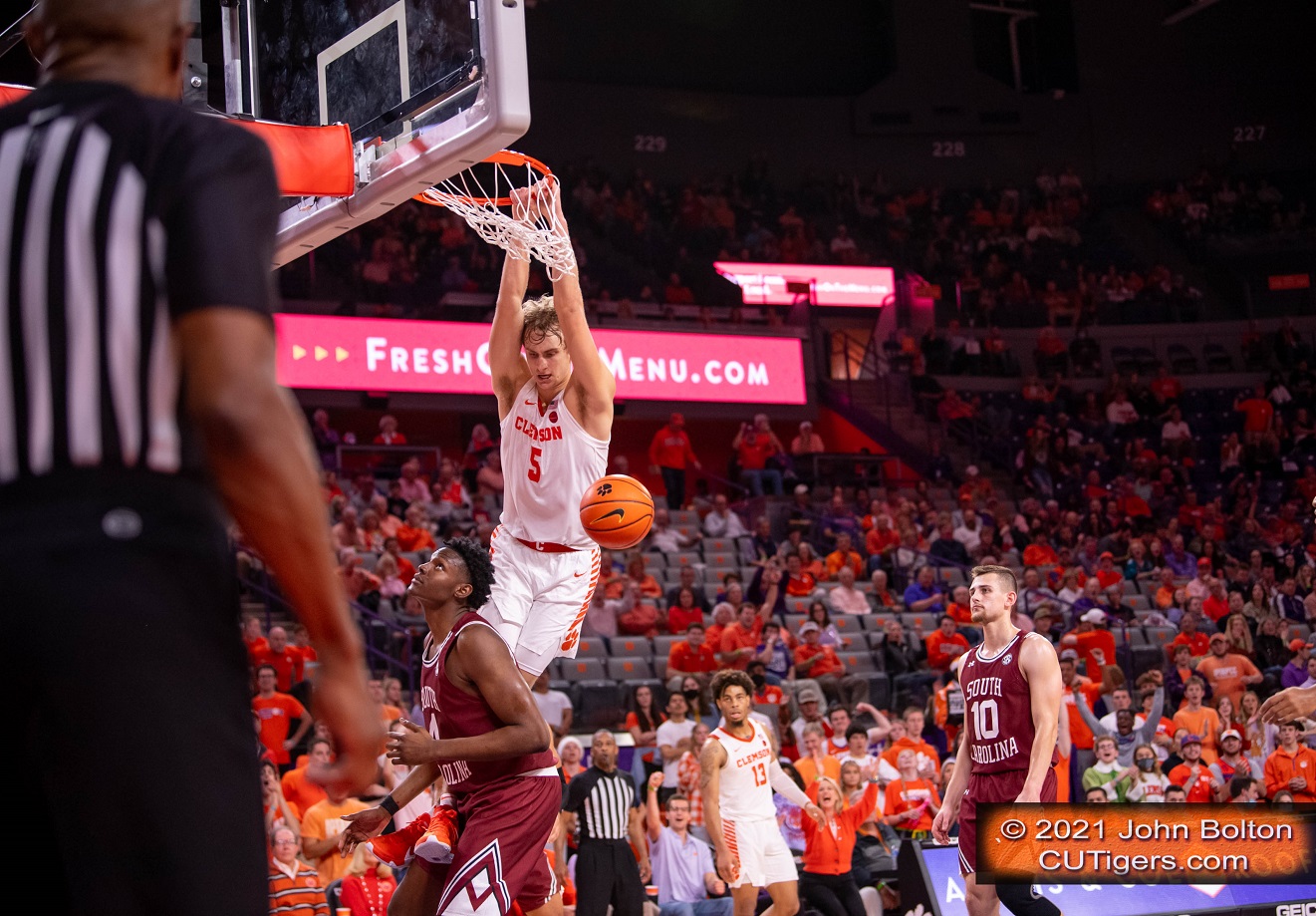 Photo by John Bolton
CLEMSON, SC - It was a slow offensive start for the nation's third-best 3-point shooting team, but a whopping 14 offensive rebounds in the first half helped the Tigers take a 6-point lead into halftime. They were probably pressing a little too hard in the early going because they wanted to win this rivalry game so badly after the game was canceled last season. In fact, it was the first rivalry game for local product PJ Hall, who would score 16 points with 8 rebounds and 3 blocks. The Tigers poured it on after halftime, though, opening the second half with a 22-3 run to go up 25 points. It was a depleted South Carolina team, missing 3 players due to COVID, and they fought to cut the lead down to 12 points, but they just couldn't keep up with the physicality of the Tigers. Hunter Tyson registered his first career double-double with a team-high 18 points and 13 boards. Hemenway had a third good game in a row, shooting 3-4 from beyond the arc for 9 points. The rest of the team was just 2-18 from beyond the arc. The 5-22 three-point percentage is about half of their season average, which was 3rd nationally and 1st in the Power Five. 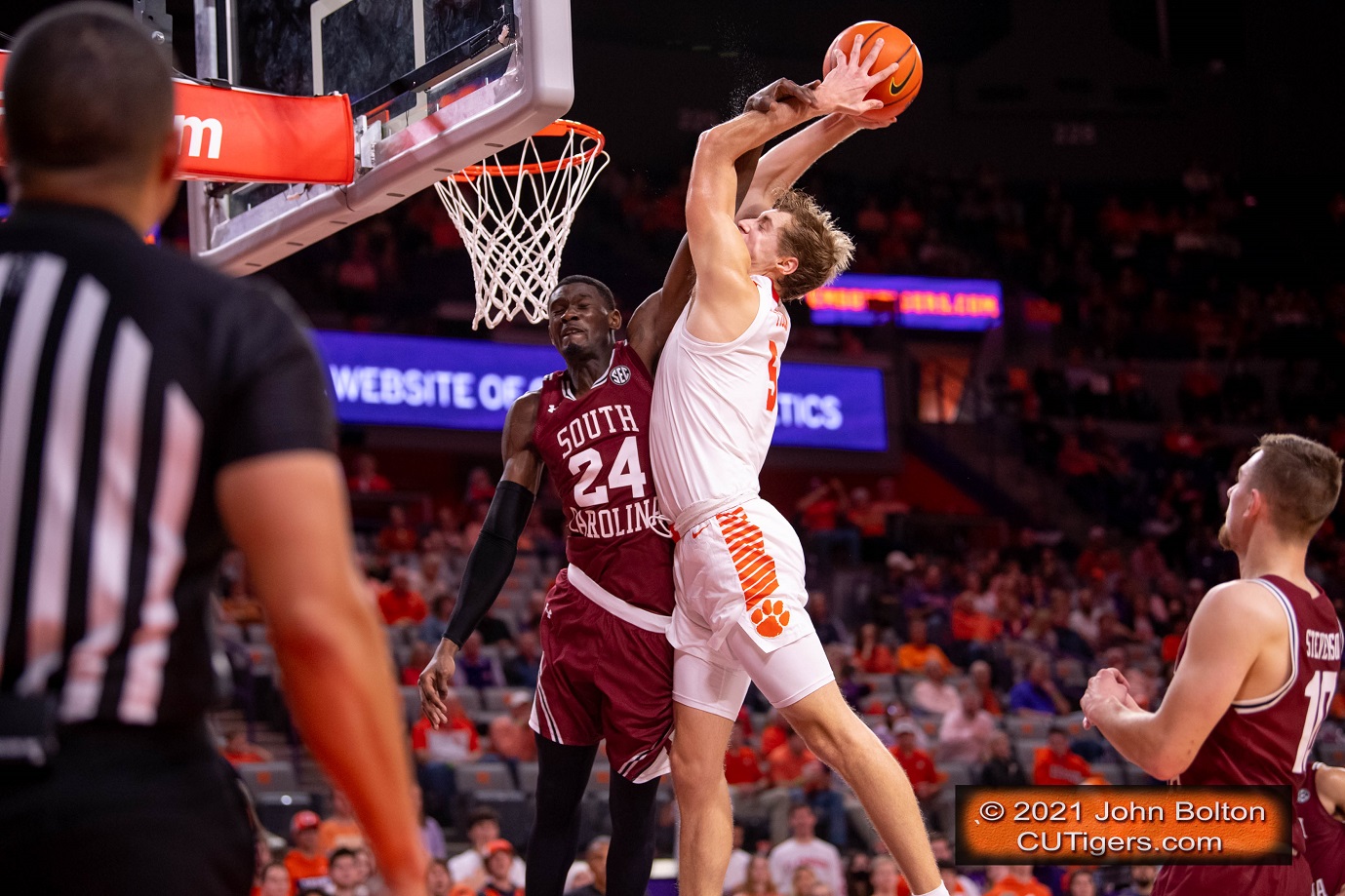 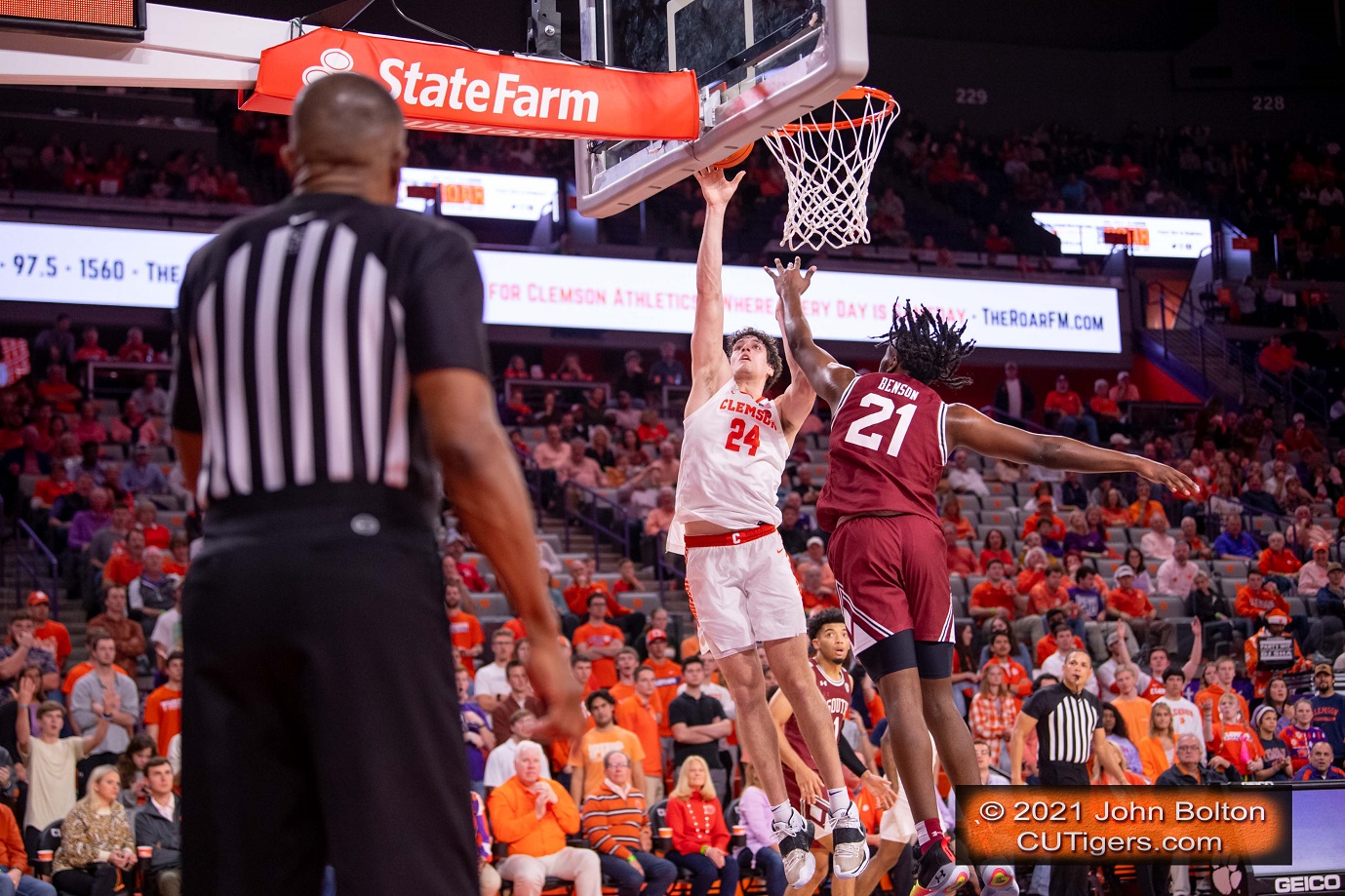 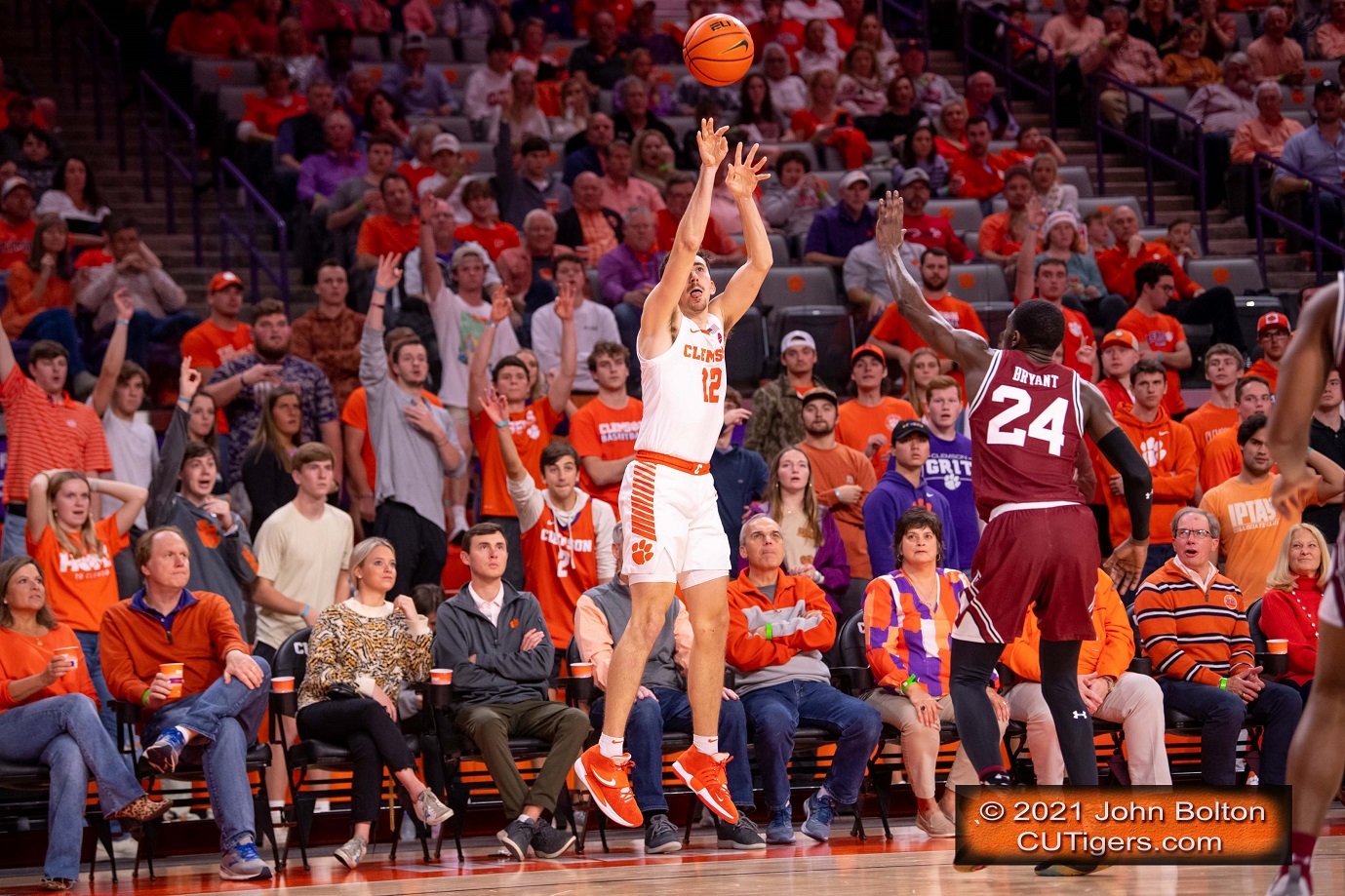 The Tigers have won 3 straight and remain undefeated at home. They travel to UVA next before a huge home game against No.2 Duke. A scheduling quirk gives them another home game against UVA after that, so they play the Hoos twice in a 3-game stretch. UVA has been the one team that Brownell hasn't been able to conquer over recent years, but they are as beatable this season as they have been in a long time, and the Tigers have some good momentum as they head to Charlottesville.
Post-game interviews and highlights are below!
MORE CLEMSON FOOTBALL AND BASKETBALL COVERAGE HERE