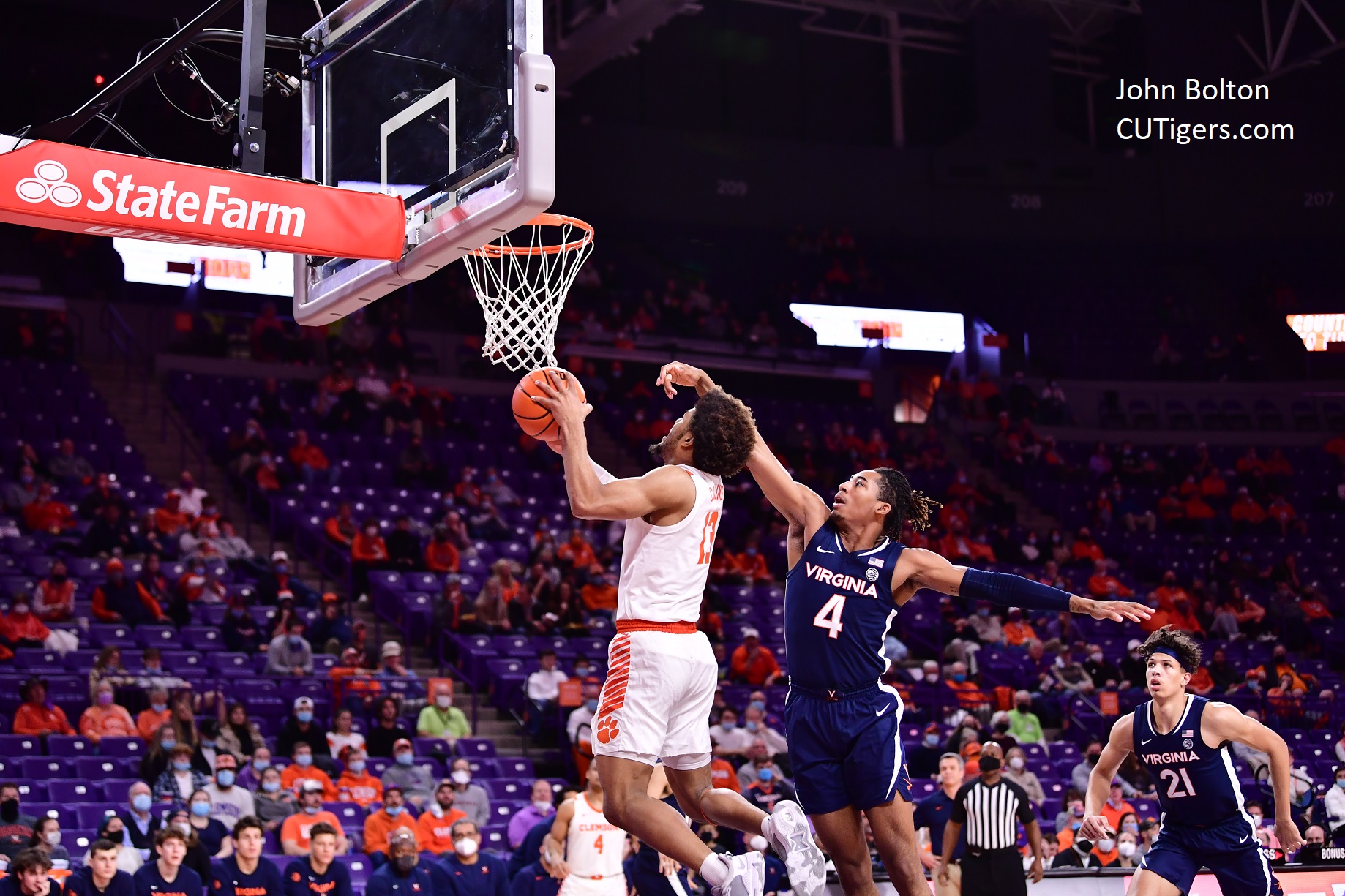 The Tigers were red-hot, having won 4 straight games, including at UVA in their last outing before No.2 Duke backed out of its game in Littlejohn due to Covid. Unlike the Tigers' dominant 17-point win in Charlottesville a couple weeks ago, Tuesday's rematch in Littlejohn was a back-and-forth affair. There were 15 ties and 15 lead changes in the game, but a 6-minute field goal drought at the end of the game did the Tigers in. The Tigers shot an impressive 9-20 from the arc and had just 9 turnovers. They shot 7 percentage points better and scored 10 more points than the Hoos' have allowed this season, but the Hoos shot 54% from the field and killed the Tigers at the free throw line, making 21 of 24. Hunter Tyson led the Tigers in scoring again with 15 points. Collins had 14 in one of his better games, and Hall finished with 13 after scoring 10 in the first half. Nick Honor was 2-2 from the arc and 4-5 from the field but scored just 11 points. He needs to be more aggressive offensively in my opinion, especially when he's shooting that well and the Tigers have a 6-minute field goal drought!
It was the first home loss of the season for the Tigers, who fall to 9-5 and 1-2 in the ACC. They have a couple road games coming up at NC State on Saturday and then at Notre Dame. The Wolfpack just snapped a 5-game losing streak, including a home loss to struggling FSU, with a big upset at VA Tech, so the Tigers might be catching State at the wrong time, and that is never an easy place to play. Notre Dame will not be an easy road game either.
Post-game interviews and highlights are below!
MORE CLEMSON FOOTBALL AND BASKETBALL COVERAGE HERE