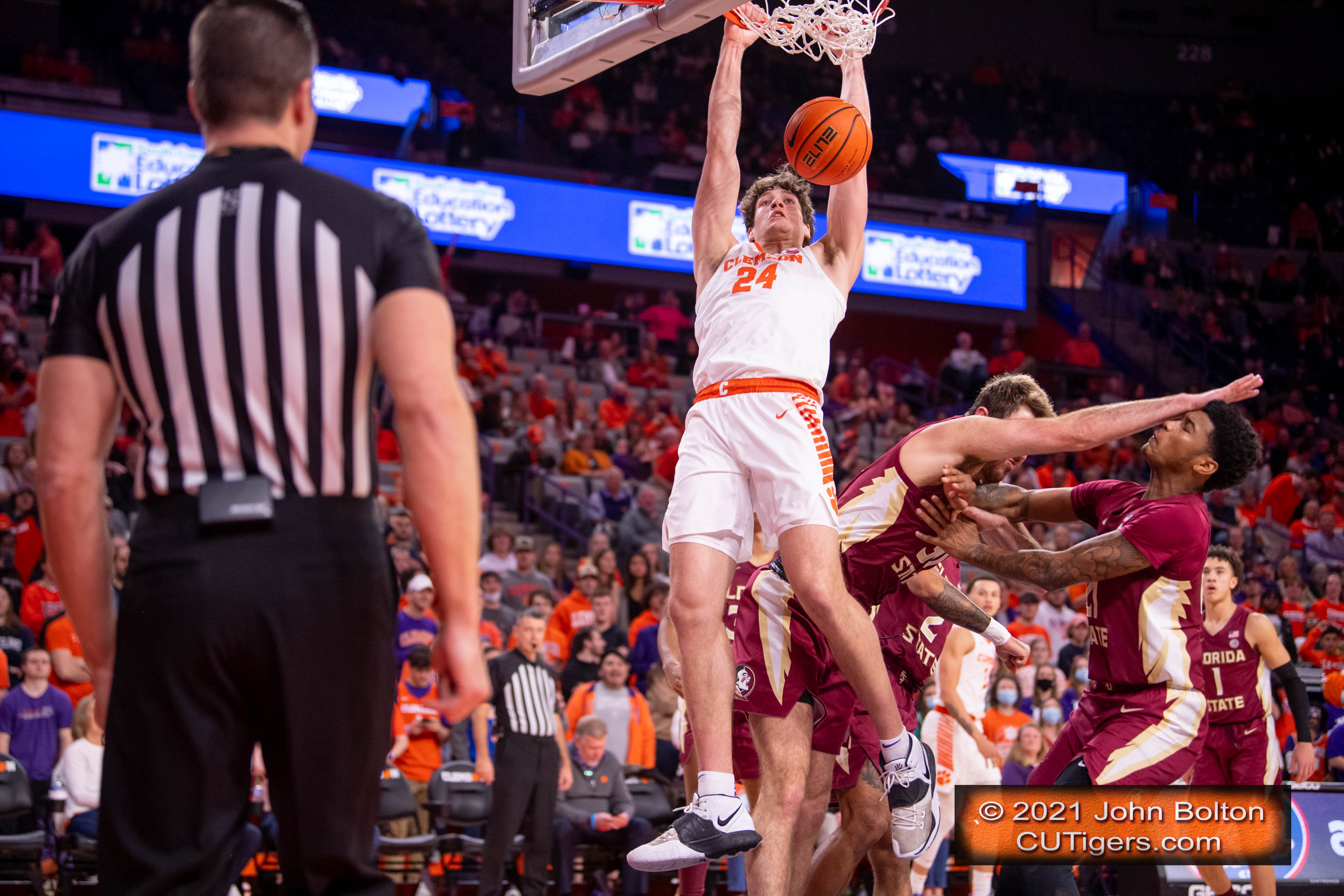 Photo by John Bolton
CLEMSON, SC - The Tigers were playing at a high level in their two games prior to their week off, blowing out Pitt at home and losing a back-and-forth contest at No.9 Duke by 2 points. PJ Hall and Hunter Tyson had been playing through injuries, so it was a welcome rest for them, but the question was whether they could keep the momentum going with a huge home game against FSU on Wednesday night. The answer was yes. The Tigers never trailed, and the game was only tied twice despite their two most important players missing substantial time. Leading scorer PJ Hall sat on the bench for the final 10 minutes of the first half with 2 fouls, and Hunter Tyson left the game with 5:15 left in the first half due to a shoulder/arm injury. The bench rose to the occasion, and the Tigers were able to build a 9-point lead at halftime. Nick Honor came off the bench to score 12 points, going 5-7 from the field with 4 assists. Transfer Naz Bohannon, the nation's active leader in career rebounds, had one of his best games of the season with 11 points, 3 offensive rebounds and 3 assists in 30 minutes, the most he has played all season. Alex Hemenway also provided productive minutes off the bench with 9 points in 18 minutes. Hall had a great second half and was huge down the stretch. He made four consecutive free throws with a block and a steal in the final two minutes to seal the game, and the sophomore star was fully engaged with the fans in Littlejohn during that final stretch. Chase Hunter had another good performance in the his third straight game since entering the starting lineup. He was 4-6 with 12 points, and the Tigers are 2-1 with Hunter as a starter, losing only at No.9 Duke by 2 points. The Tigers were just over their season average from beyond the arc, going 6-15 (40%). 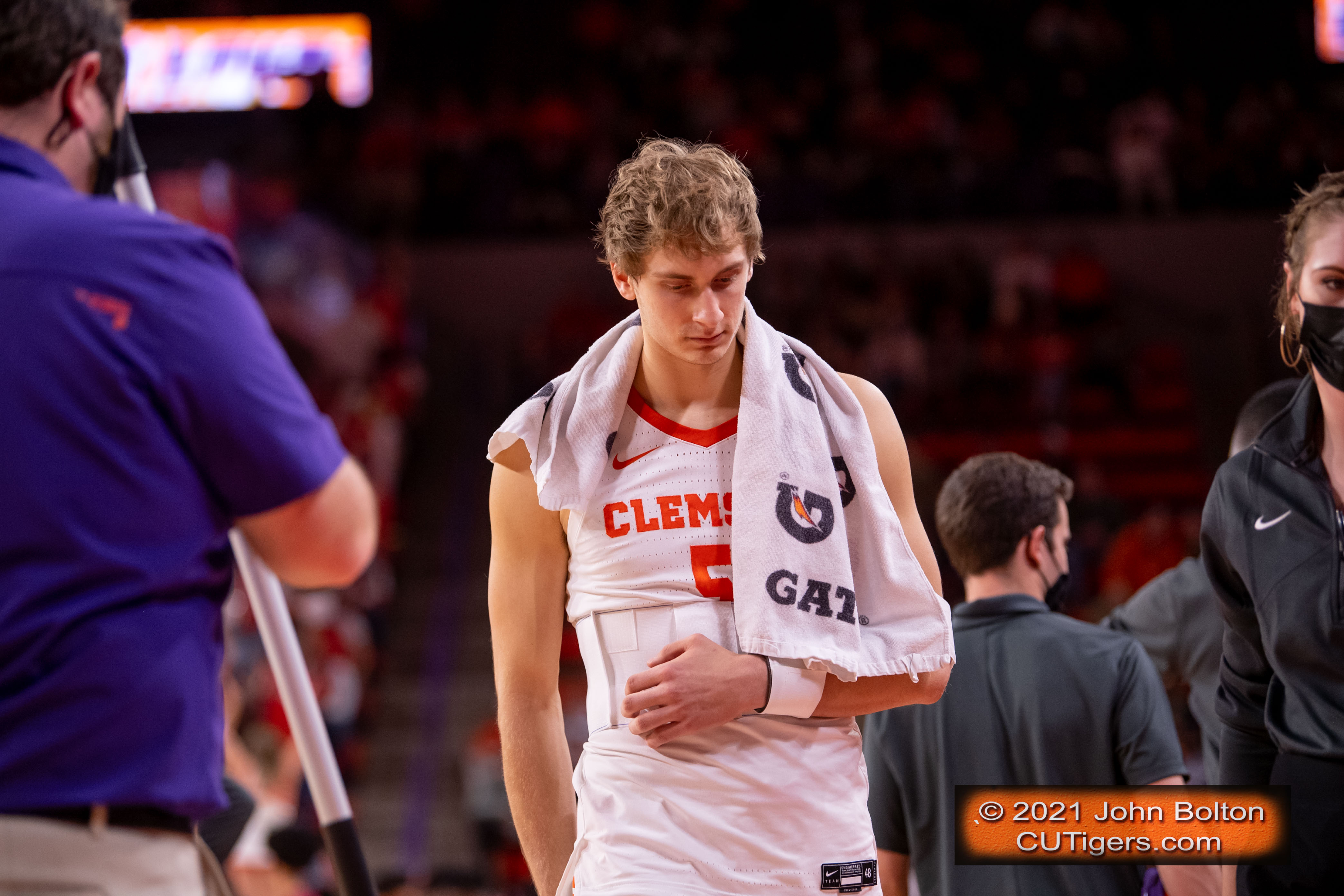 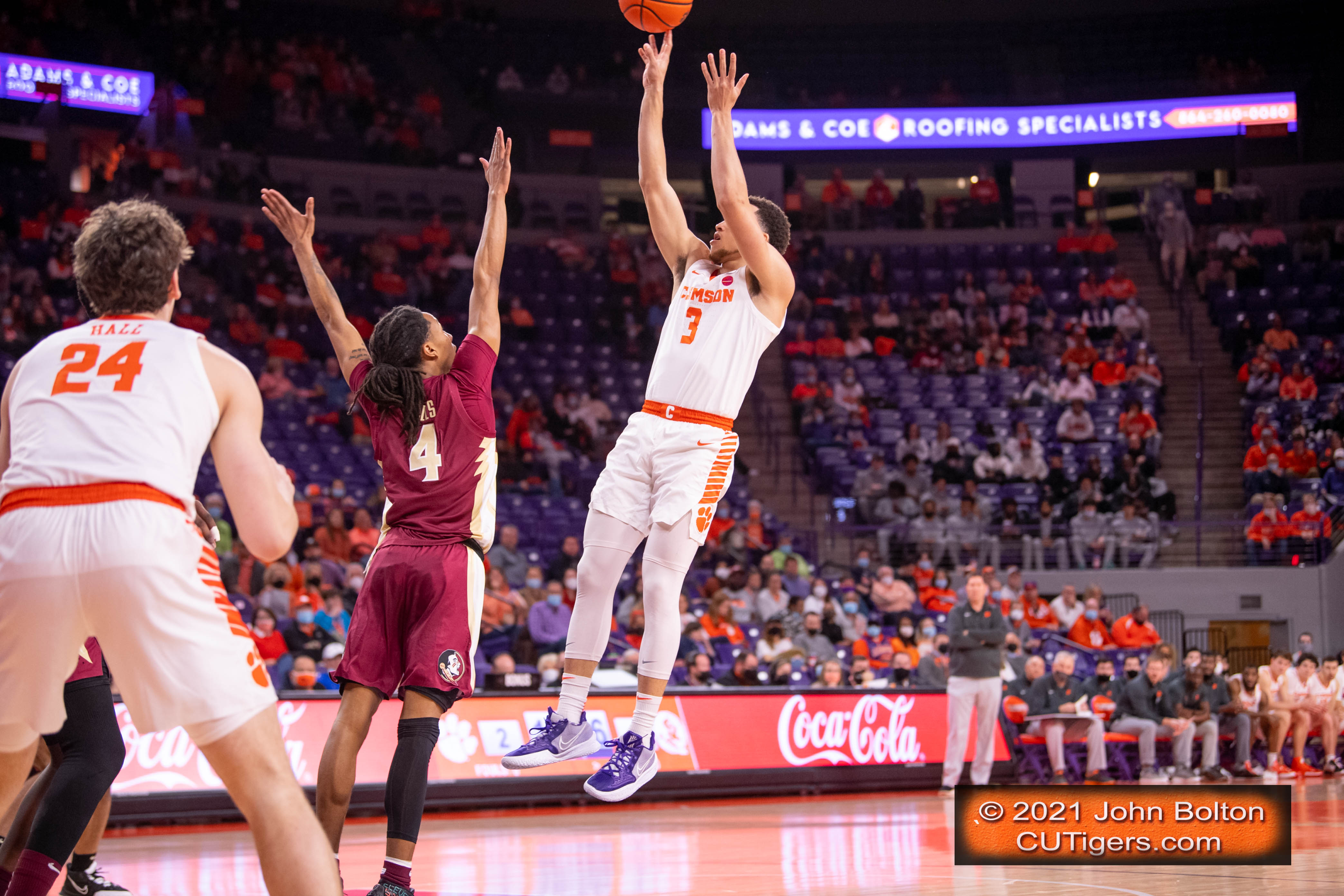 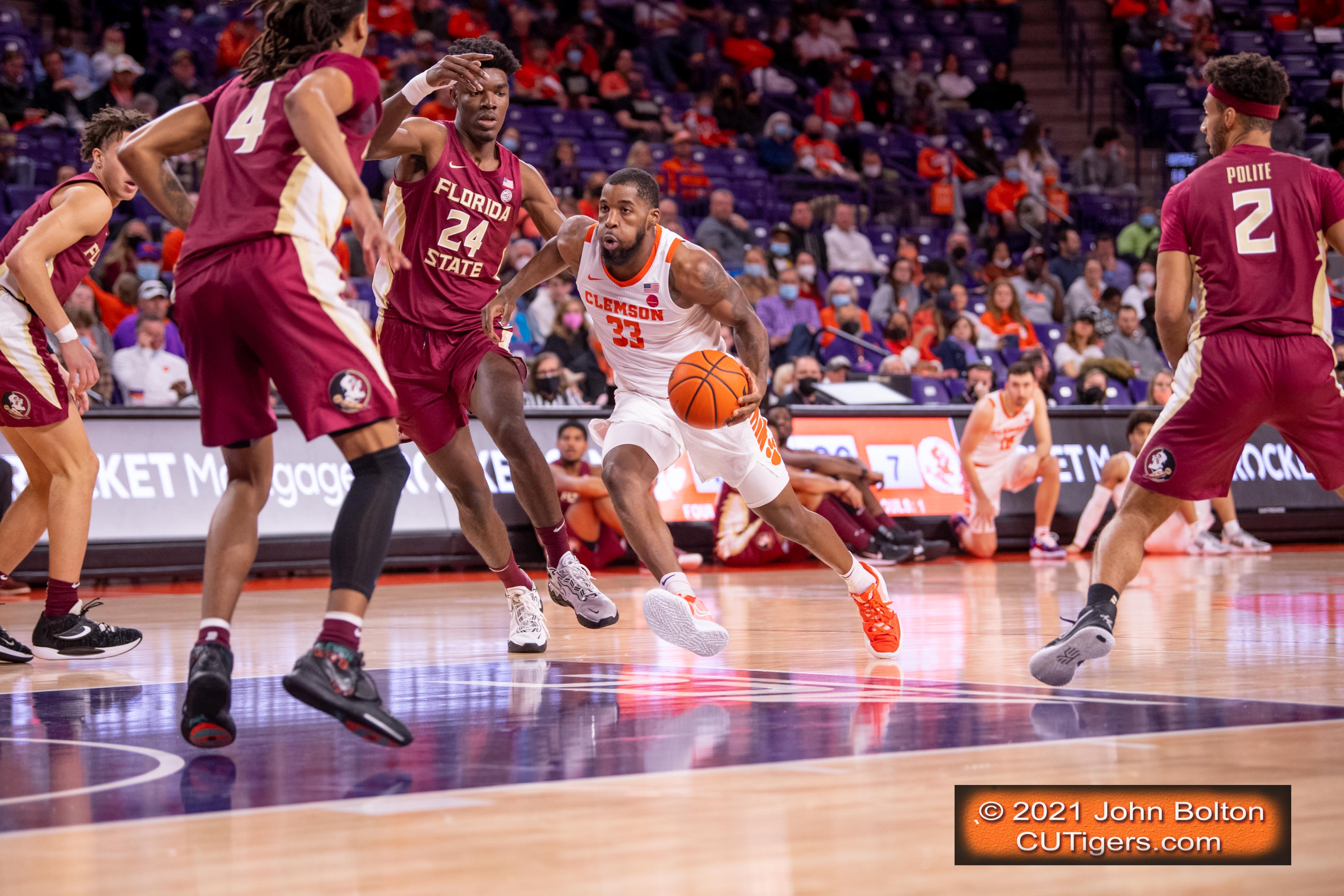 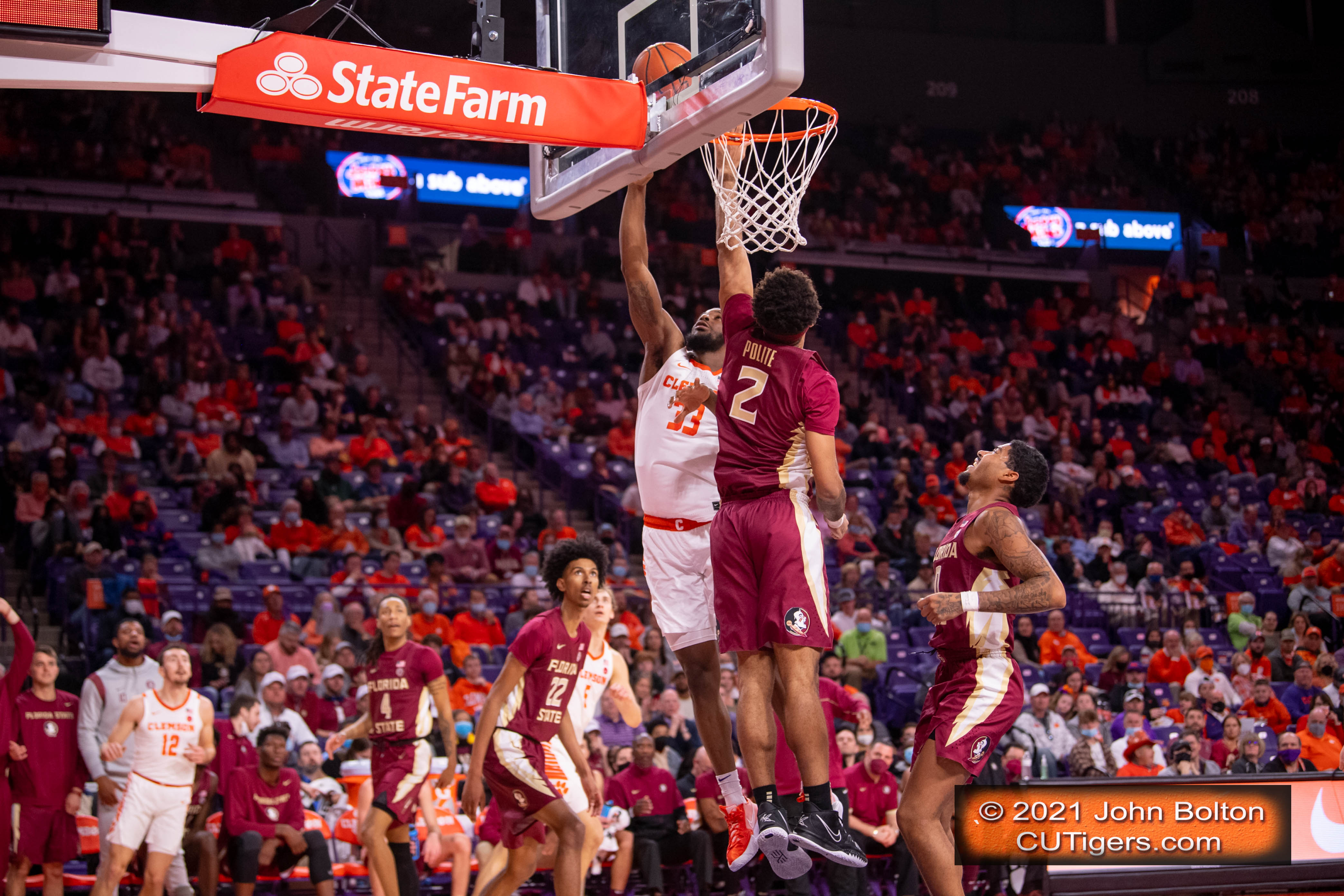 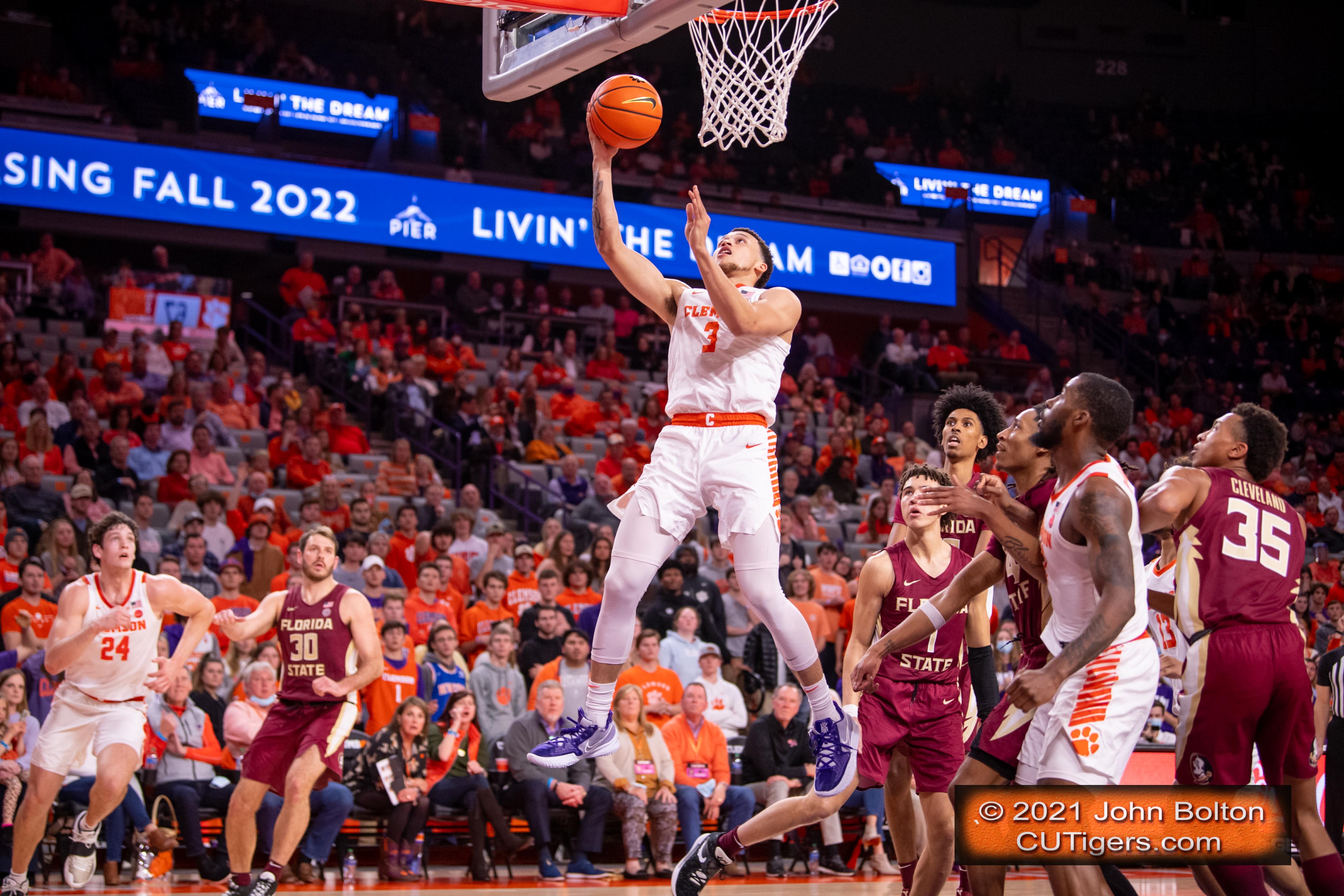 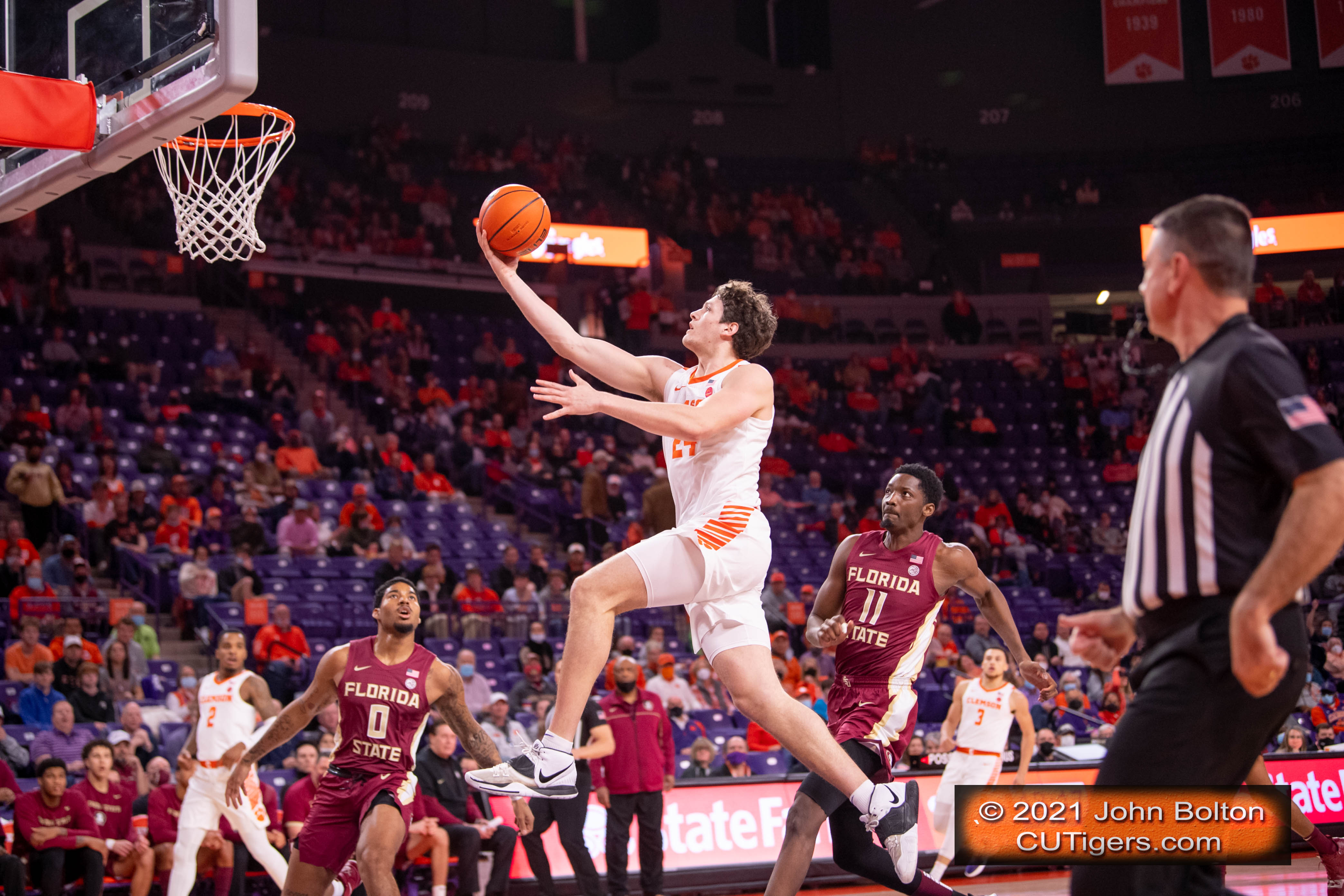 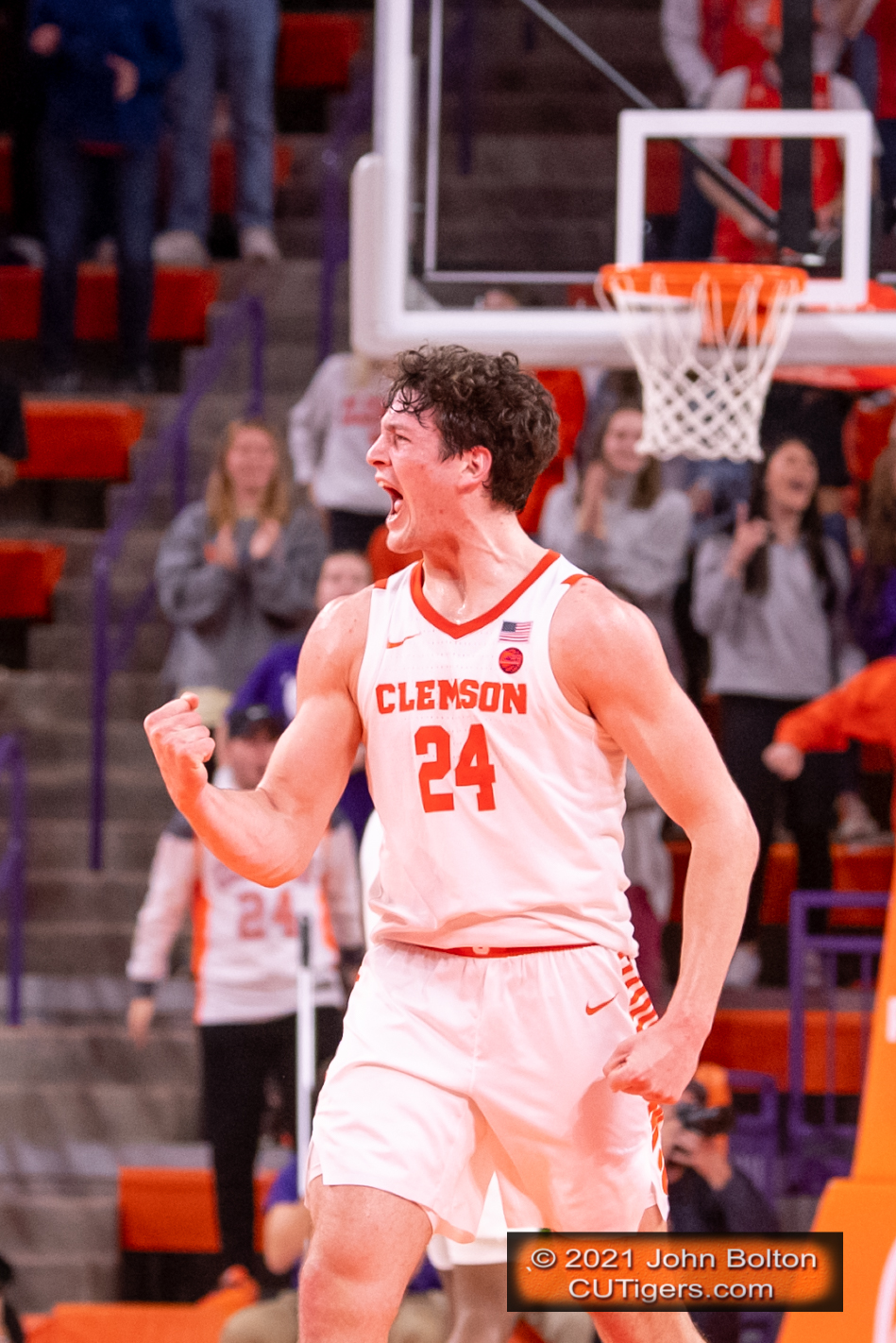 The Tigers improved to 4-6 in ACC play with a pivotal road game on Saturday at Georgia Tech, which is at the bottom of the league. Despite its record, Tech is tough at home and has a couple stars in Usher and Devoe. If the Tigers can continue the high level of play they've displayed over the last 3 games, however, they should win, and that would give them a lot of momentum going into a huge home stretch against Duke, UNC and Notre Dame next week. A lot will depend on Hunter Tyson's status and whether he will miss any time due to his shoulder injury. It's his non-shooting shoulder fortunately, but he will probably be a game-time decision on Saturday in Atlanta. If the Tigers can put together a hot streak over the next week, they could suddenly find themselves in a great position for a second straight NCAA bid.
Post-game interviews and highlights are below!
MORE CLEMSON BASKETBALL AND FOOTBALL COVERAGE HERE