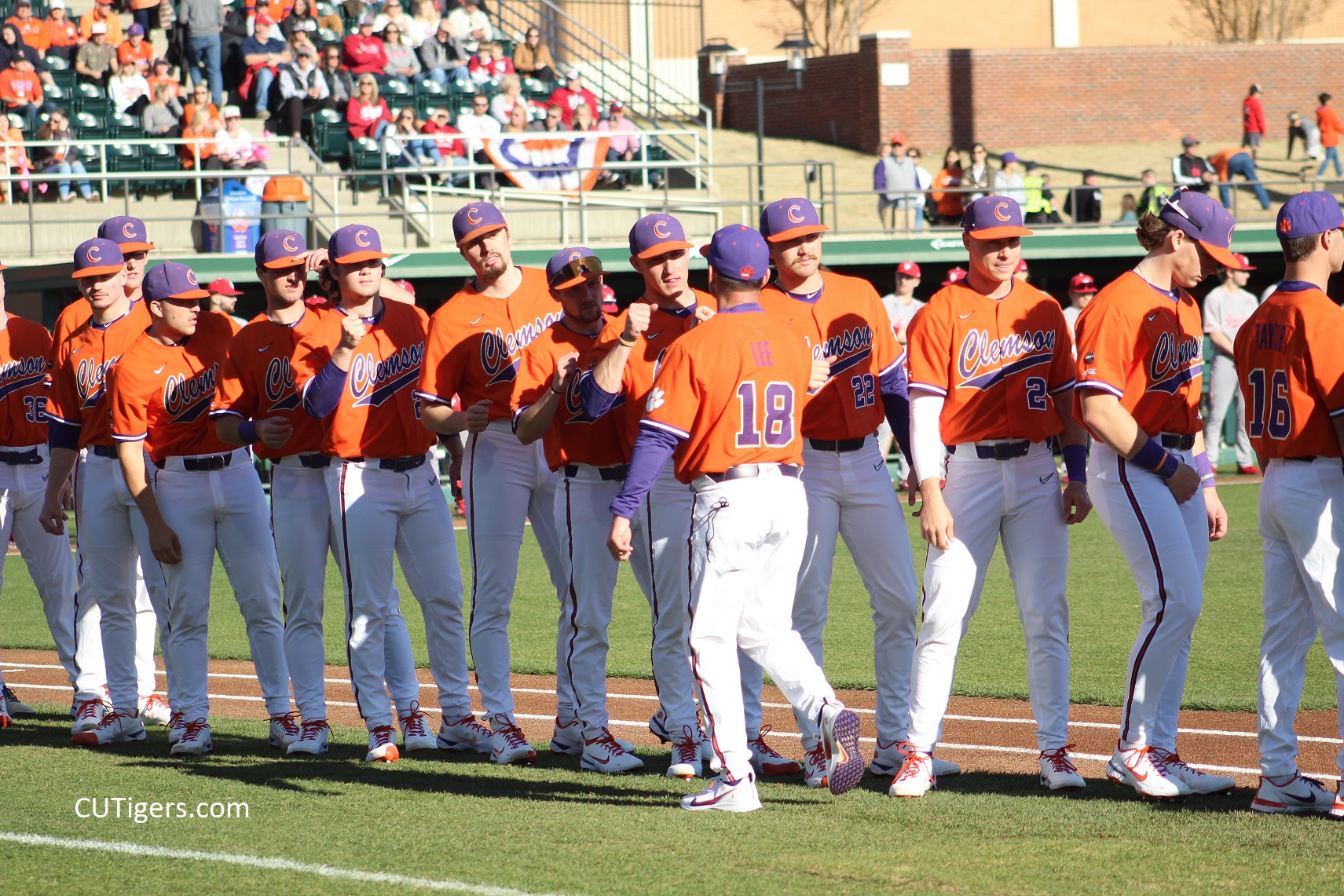 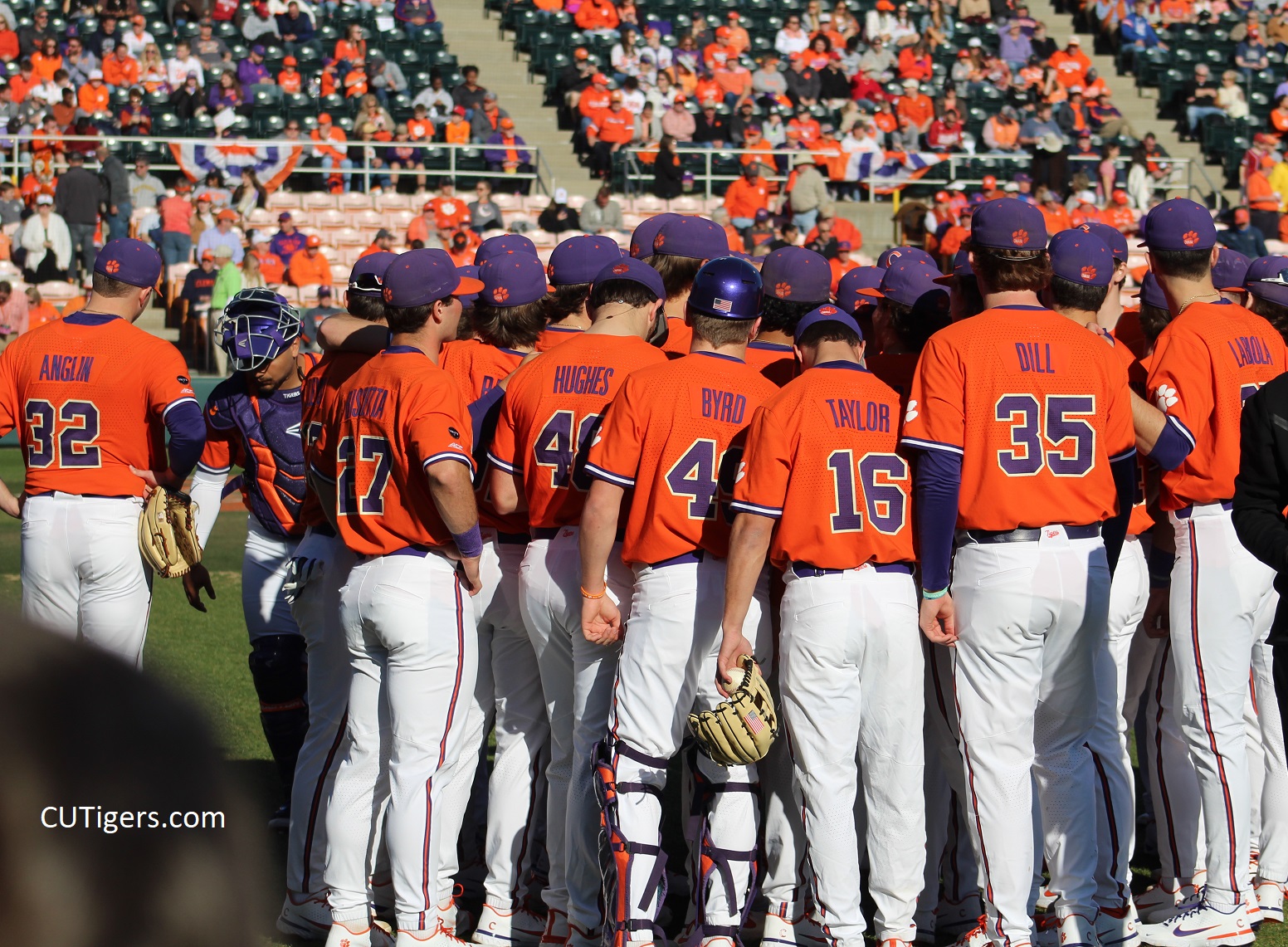 CLEMSON, SC - Redshirt Sophomore Mack Anglin had an inauspicious season for the most part last year, with a 2-6 record and 3.99 ERA in 8 starts. He showed flashes of his potential, however, late in the season with a couple great performances in April, including 11 K's in 6 innings against Wake, making him the Tigers' first ACC Pitcher of the Week since 2017. Anglin was drafted in the 13th round by the Nationals but fortunately decided to return to Clemson. He had a good off-season, earning the coveted Friday starter spot, and in the season opener against Indiana, he picked up right where he left off last season. The first pitch of the game was a strike, Anglin struck out the first batter and went 1-2-3 with another K and an athletic play on the mound. He would later make another leaping play on the mound for an out. As for his pitching, he had complete control, going 5 hitless innings with 8 K's and 2 walks. Sophomore Ty Olenchuk and true freshman Billy Barlow pitched middle relief, and sophomore closer Alex Edmondson came in to close the game in the 9th. He was a big-time recruit out of high school but only pitched a couple innings as a freshman last season. He showed some serious stuff in his 2022 debut, reaching 95 mph on the radar gun and striking out the side to end the game. 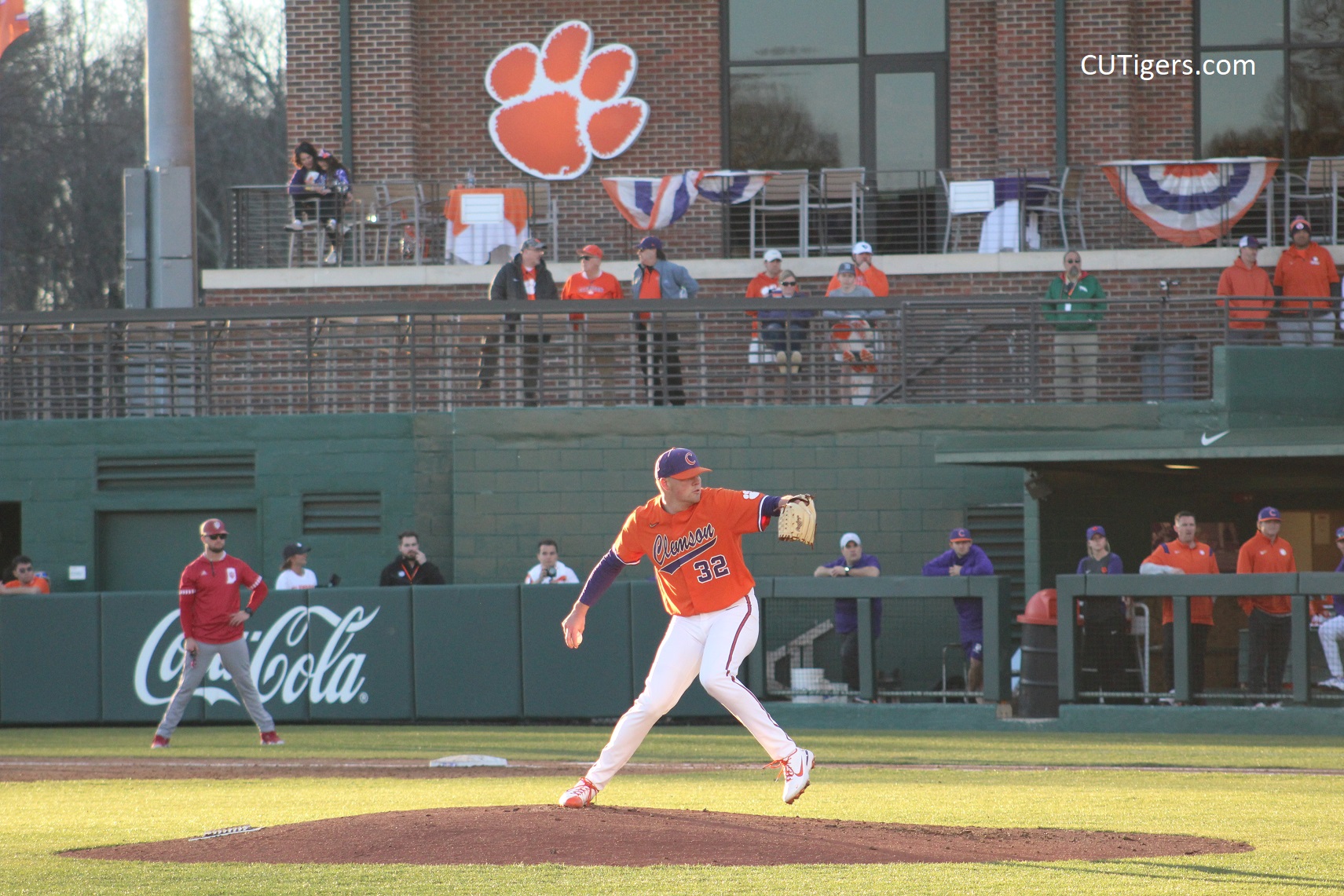 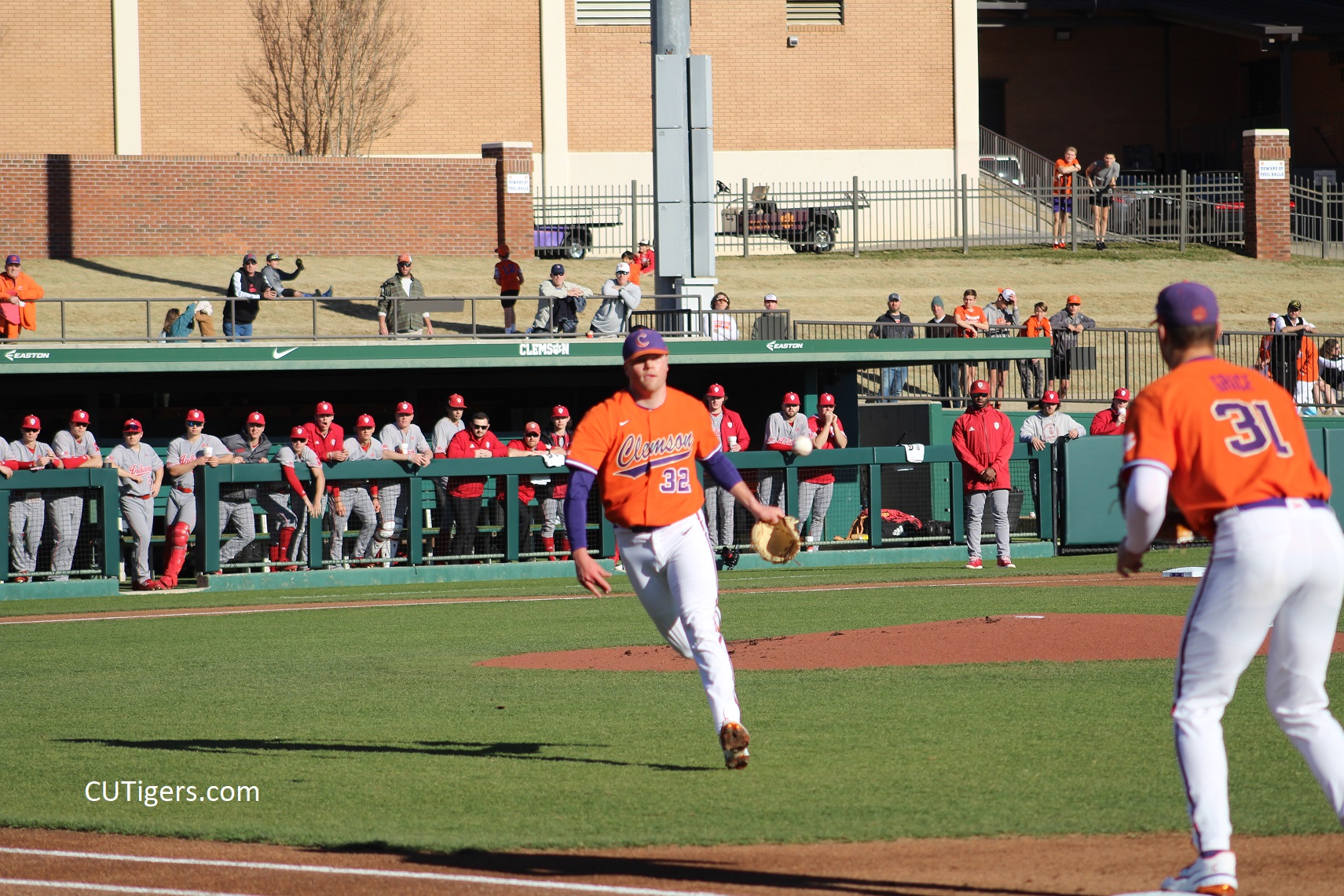 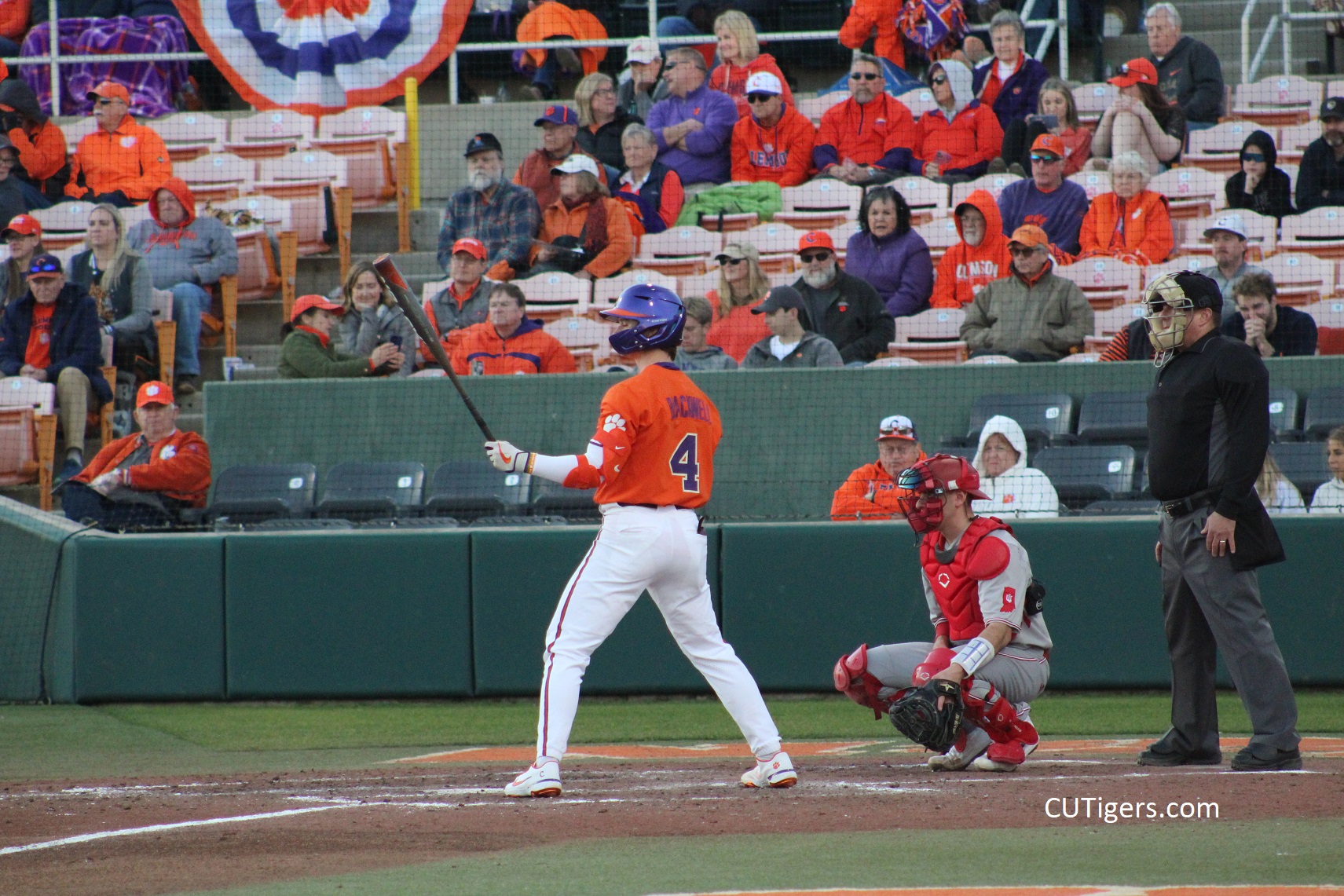 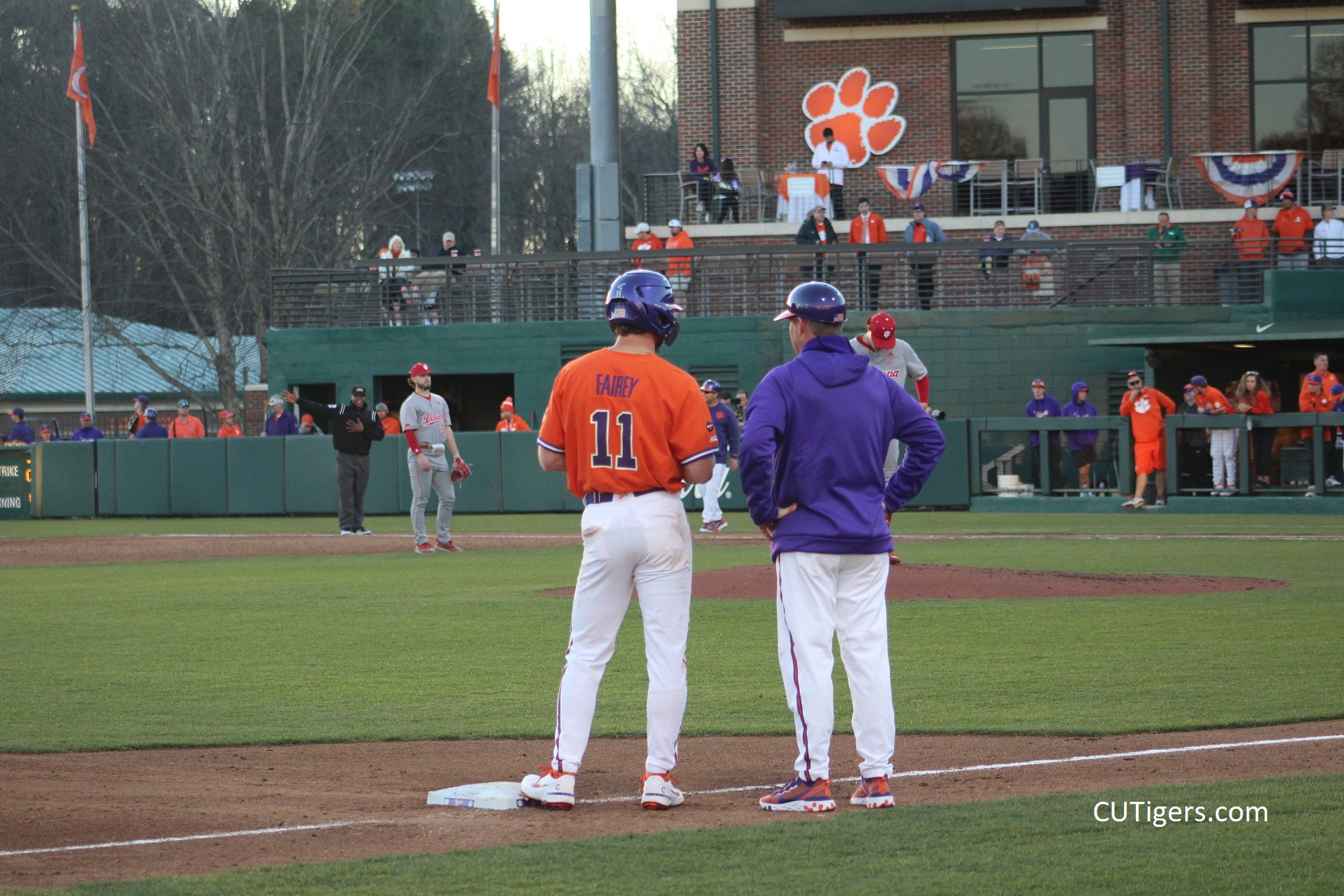 Offensively, the Tigers got off to a quick start with a leadoff single by Brewer followed by singles from Ingle, Grice, Fairey and Wright for a 3-0 lead. The Tigers would add another in the 2nd thanks to grad transfer Ben Blackwell, who took his very first pitch as a Tiger into the left field grand stands for the game's only HR. He only had 6 homers in 114 at bats at Dayton over 3 years, but he showed considerable power with that swing! It was a fantastic crowd at Doug Kingsmore, and Blackwell told me after the game that it was by far the biggest crowd he's ever played in front of. Blackwell would drive in the Tigers' next run as well. Interestingly, Monte had him bunt on a safety squeeze play in the 4th. He accidentally bunted it right at the pitcher, but fortunately for the Tigers, the pitcher fell down and allowed the run to score. It was an uncharacteristic call from Monte, who rarely sac bunts, especially with a player who just hit a homer in his previous at bat! The Tigers added another run in the 4th on a sac fly by Ingle to take a commanding 6-0 lead and would add 3 more for the 9-0 win. The Tigers were opportunistic on the base paths, taking advantage of several passed balls and wild pitches by the Hoosiers. Ingle was 2-4 with 2 RBI's, and Grice was 3-5 with 3 runs scored. The Tigers did strike out 17 times, which was a little disconcerting, but more at bats means more K's, and the Tigers were playing with a comfortable lead the whole game. 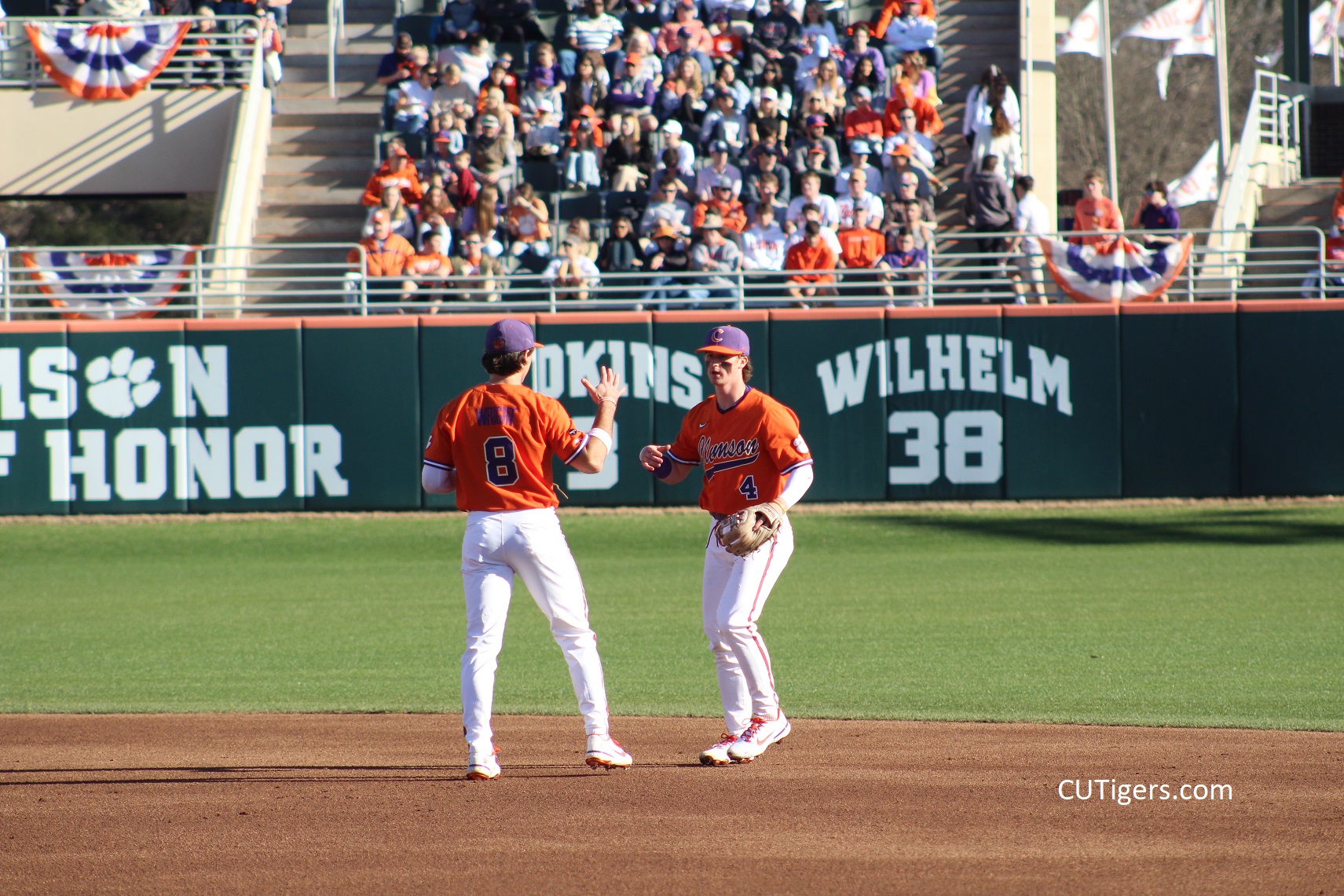 Defensively, the Tigers were solid despite many new faces in starting roles. I'm not sure Brewer is as athletic as what we're used to with Teodosio or Hall in center, but we'll see how he does. The Tigers did not commit an error in the season opener, so that's a great start! Monte moved Grice from first to right field late in the game when Wagner pinch hit and took the place of Hawkins at third. We didn't see Grice play in the outfield at all last season, but Monte told me after the game that he is more than capable in the outfield. 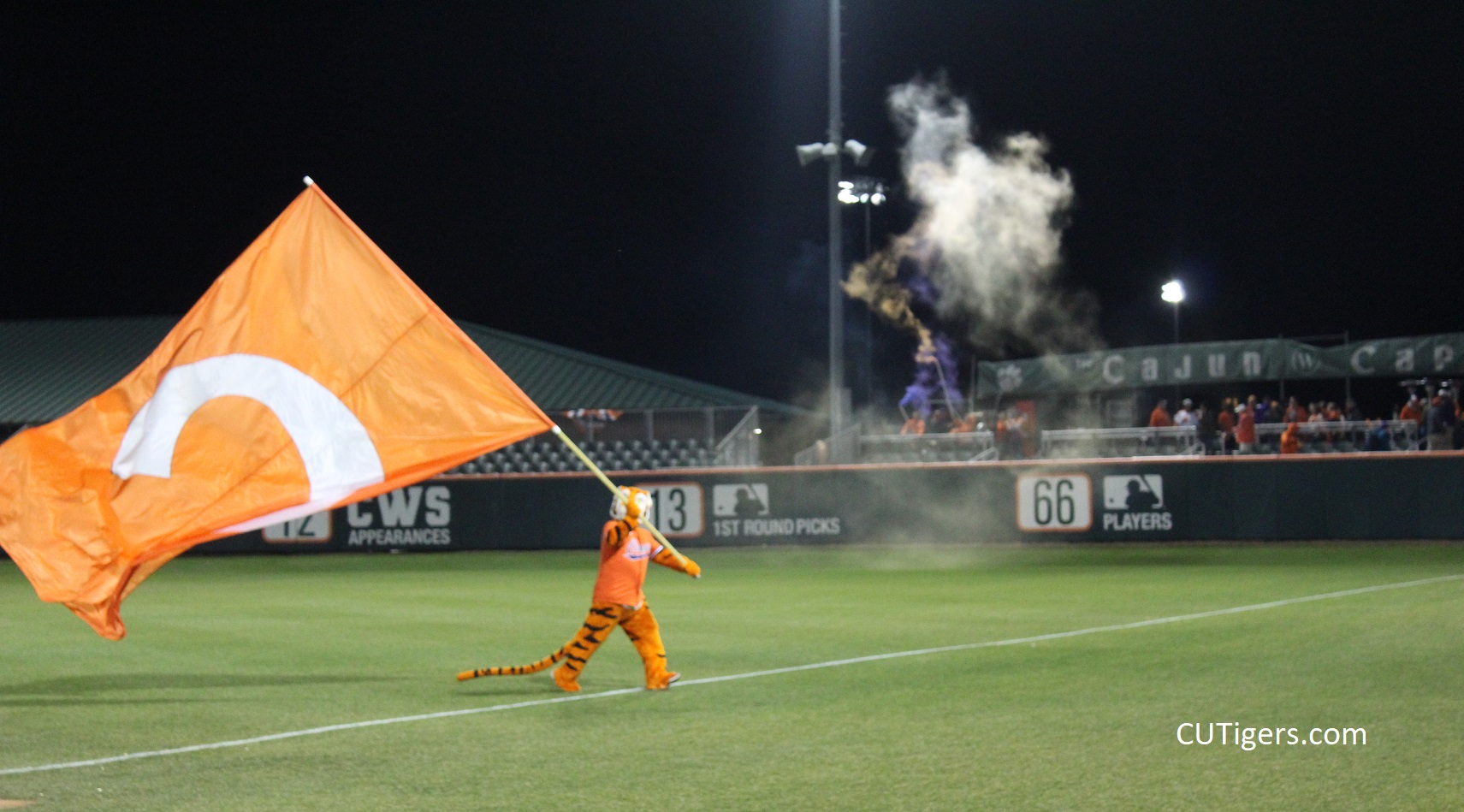 The Tigers will look to keep the momentum going on Saturday at 3:00 with redshirt sophomore righty Nick Clayton on the mound. Click the link below for live updates and more. Post-game interviews are below!
MORE CLEMSON BASEBALL, SOFTBALL, BASKETBALL AND FOOTBALL COVERAG HERE