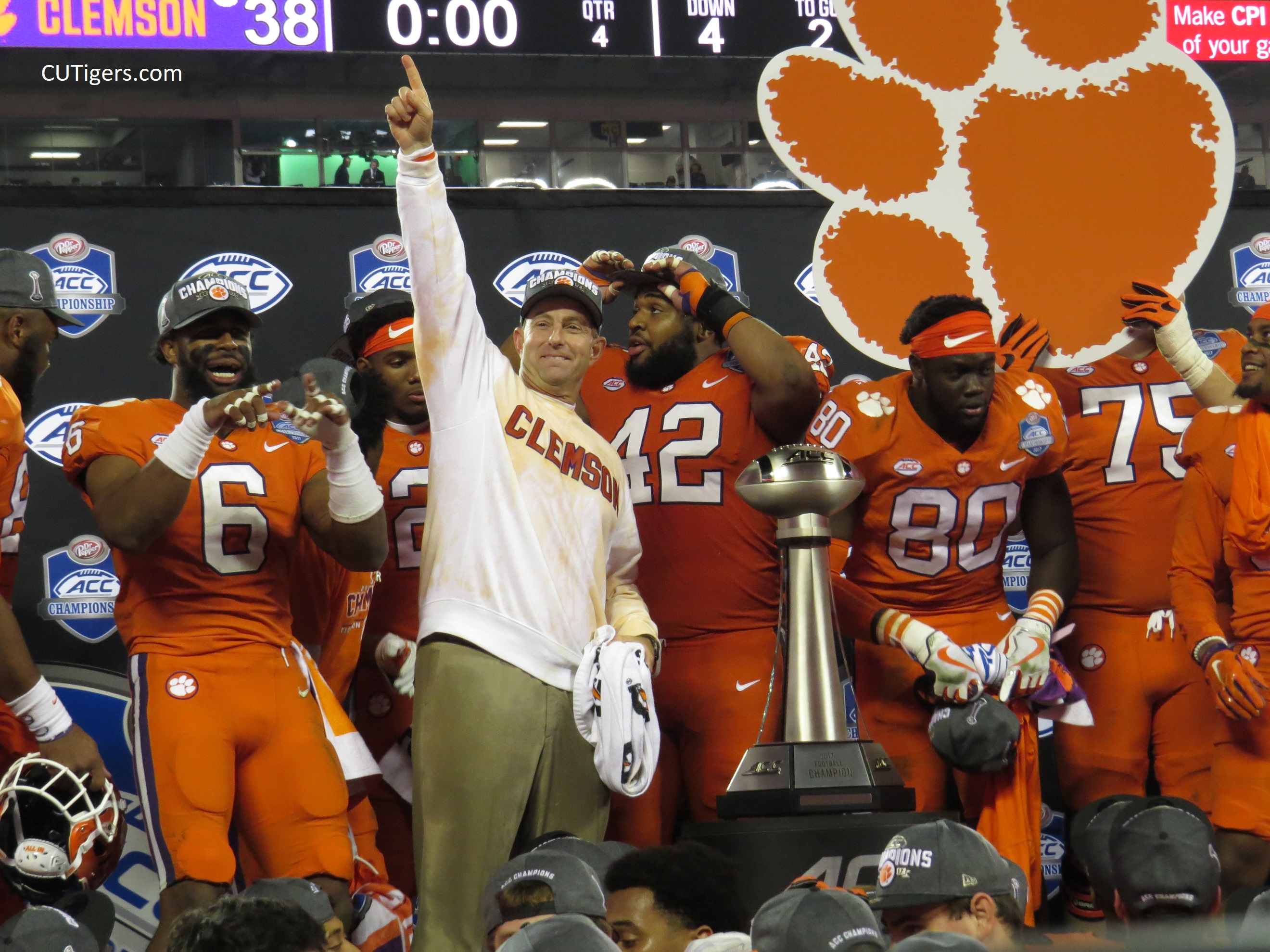 CHARLOTTE, N.C. – Fueled by a balanced offensive attack and a stifling defensive performance, the No. 1 Clemson football team won its third straight and 17th all-time ACC Championship, defeating the No. 7 Miami Hurricanes 38-3 on Saturday at Bank of America Stadium. With the win, Clemson improved to 12-1 overall, while Miami moved to 10-2.

Offensively, the Tigers were sparked by Kelly Bryant, who completed his first 15 passes for 164 yards and finished the game with 252 yards and one passing touchdown on a career-high 23 completions after connecting with 10 different receivers. The ground game proved strong as well, as four different Tigers rushed for scores. The Clemson defense held Miami to just 22 yards of offense in the first quarter and 214 for the whole game while also forcing three Hurricane turnovers in the third quarter alone.

Travis Etienne put Clemson on the board first, darting four yards for a touchdown just under five minutes into the matchup. The score was set up when Bryant connected with Renfrow on third down for a 23-yard gain a few plays earlier. A Miami 46-yard field goal attempt then sailed wide left, and on Clemson’s ensuing drive, Bryant broke free for an 11-yard scoring run that gave the Tigers a 14-0 lead near the end of the first quarter. The junior quarterback was also a perfect 9-9 passing for 124 yards during the first 15 minutes.

Adam Choice upped Clemson’s lead to 21-0 two minutes into the second quarter with a one-yard touchdown run. That proved to be the halftime score, and the 21-point advantage was good for the largest halftime lead in ACC Championship game history.

Five minutes into the second half, an Alex Spence 46-yard field goal pushed the Tigers’ lead to 24-0, and Ryan Carter forced a fumble that was recovered by Dorian O’Daniel on the Hurricanes’ next drive. The Tigers did not score on that possession, but Carter halted Miami again a few minutes later with an interception in Hurricane territory. Clemson did find the endzone then, with Tavien Feaster powering 11 yards and putting the Tigers up 31-0.

Kendall Joseph caused Miami’s third turnover of the third quarter with just under two minutes left in it when he intercepted a Malik Rosier pass, and Bryant connected with Deon Cain for a 27-yard score two plays later. Miami scored its only points on a 22-yard by Michael Badgley with three and a half minutes remaining in the game.

Clemson now awaits its bowl destination, which will be announced on Sunday afternoon. 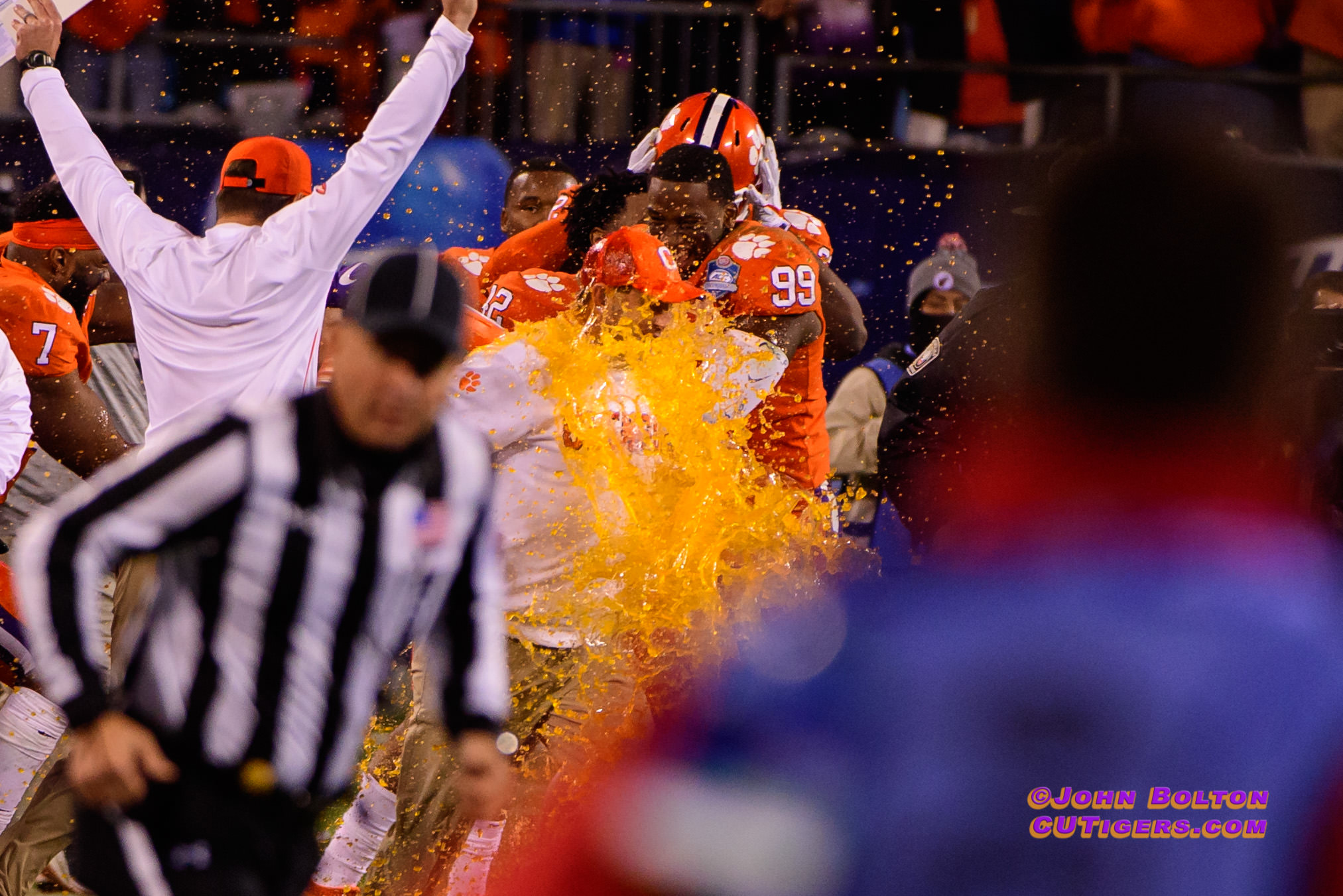 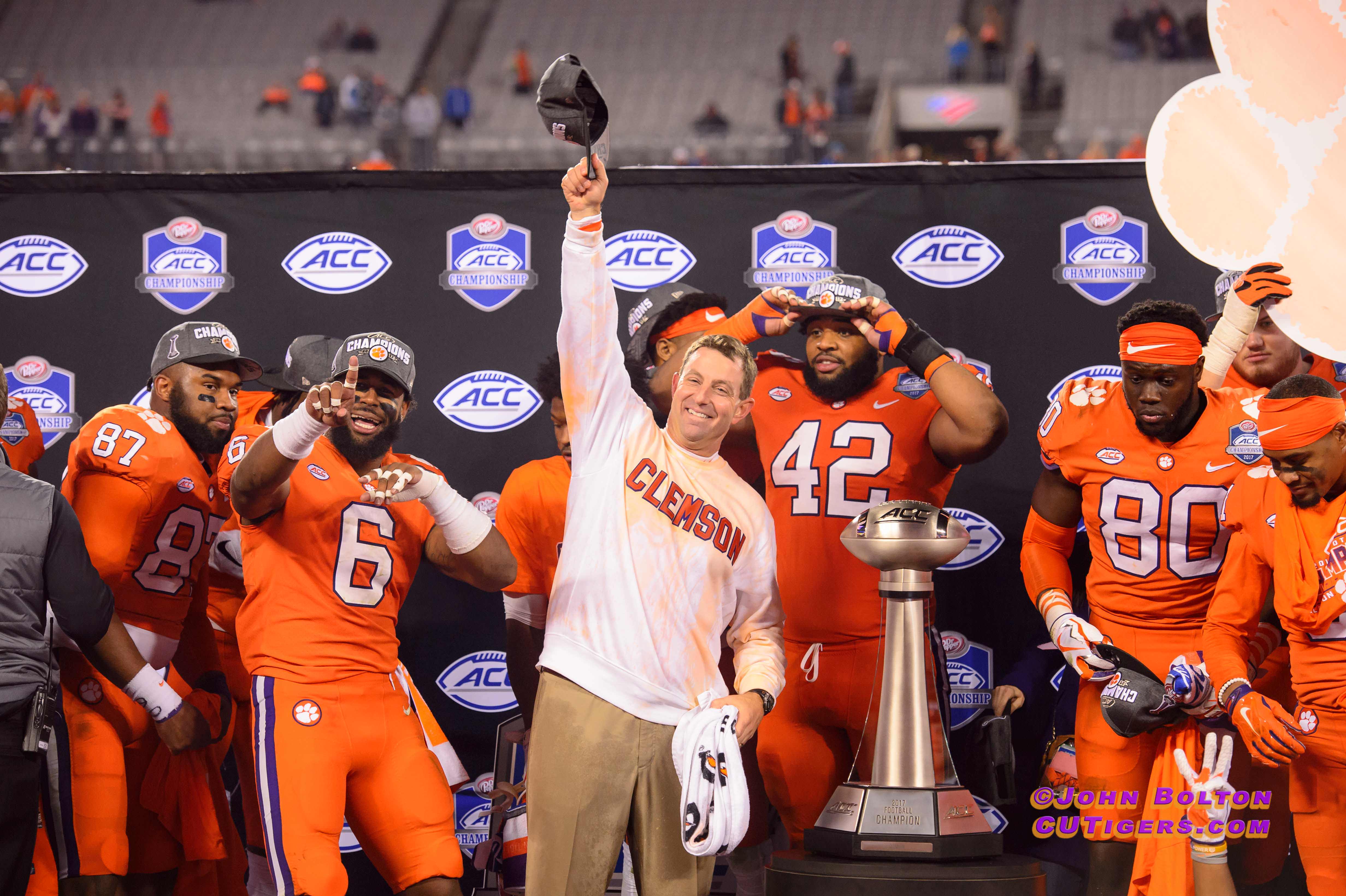 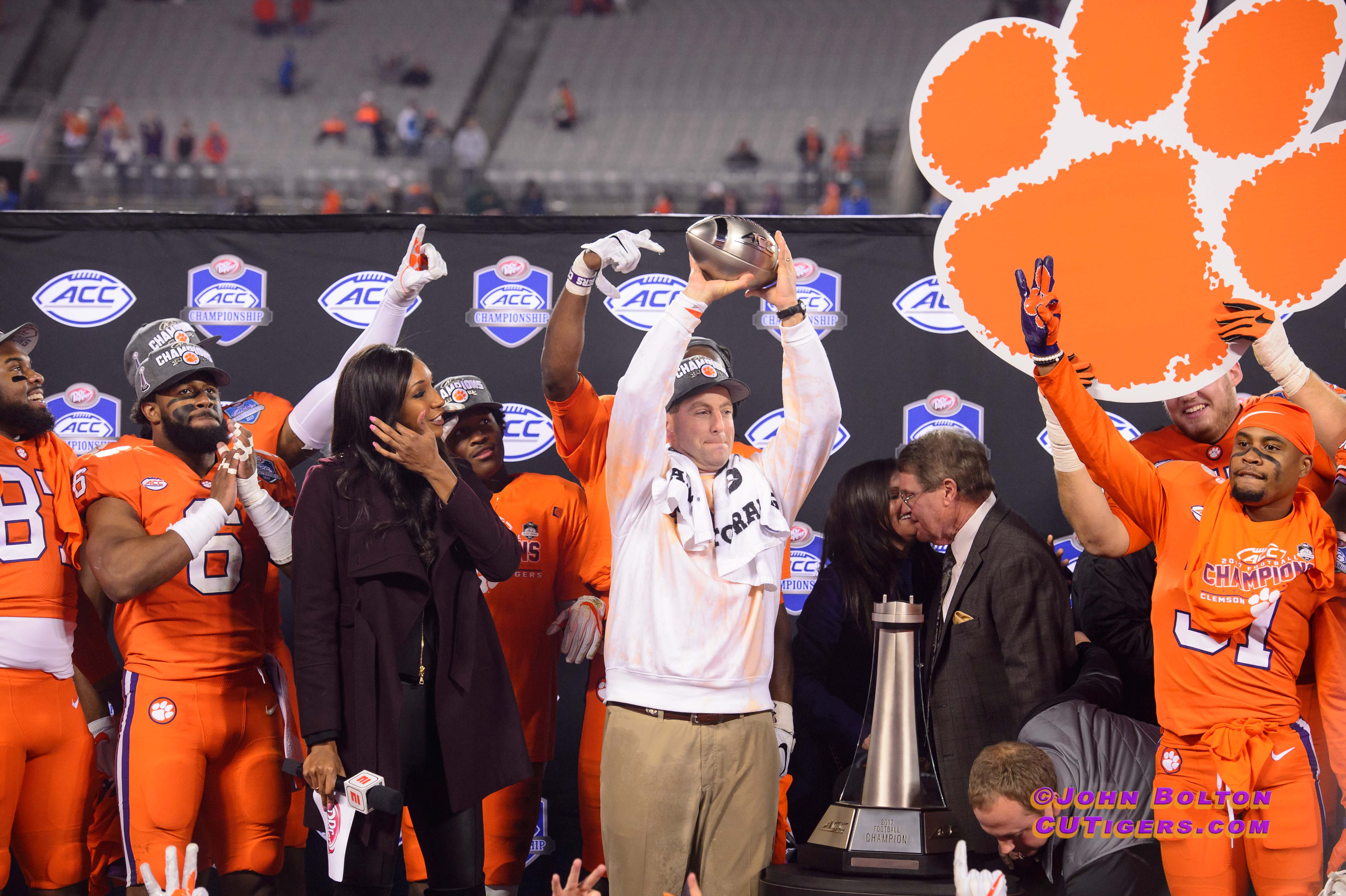 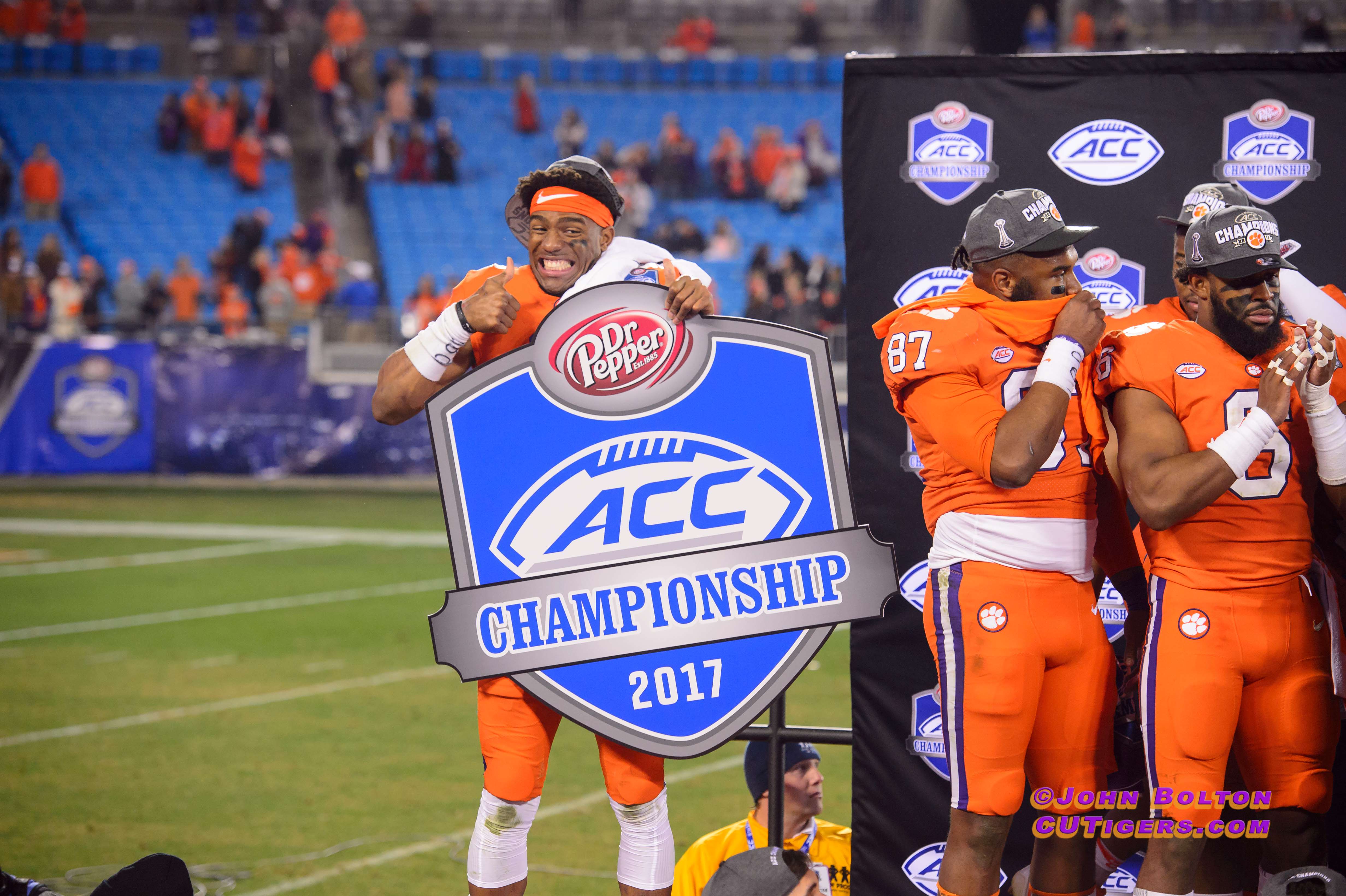 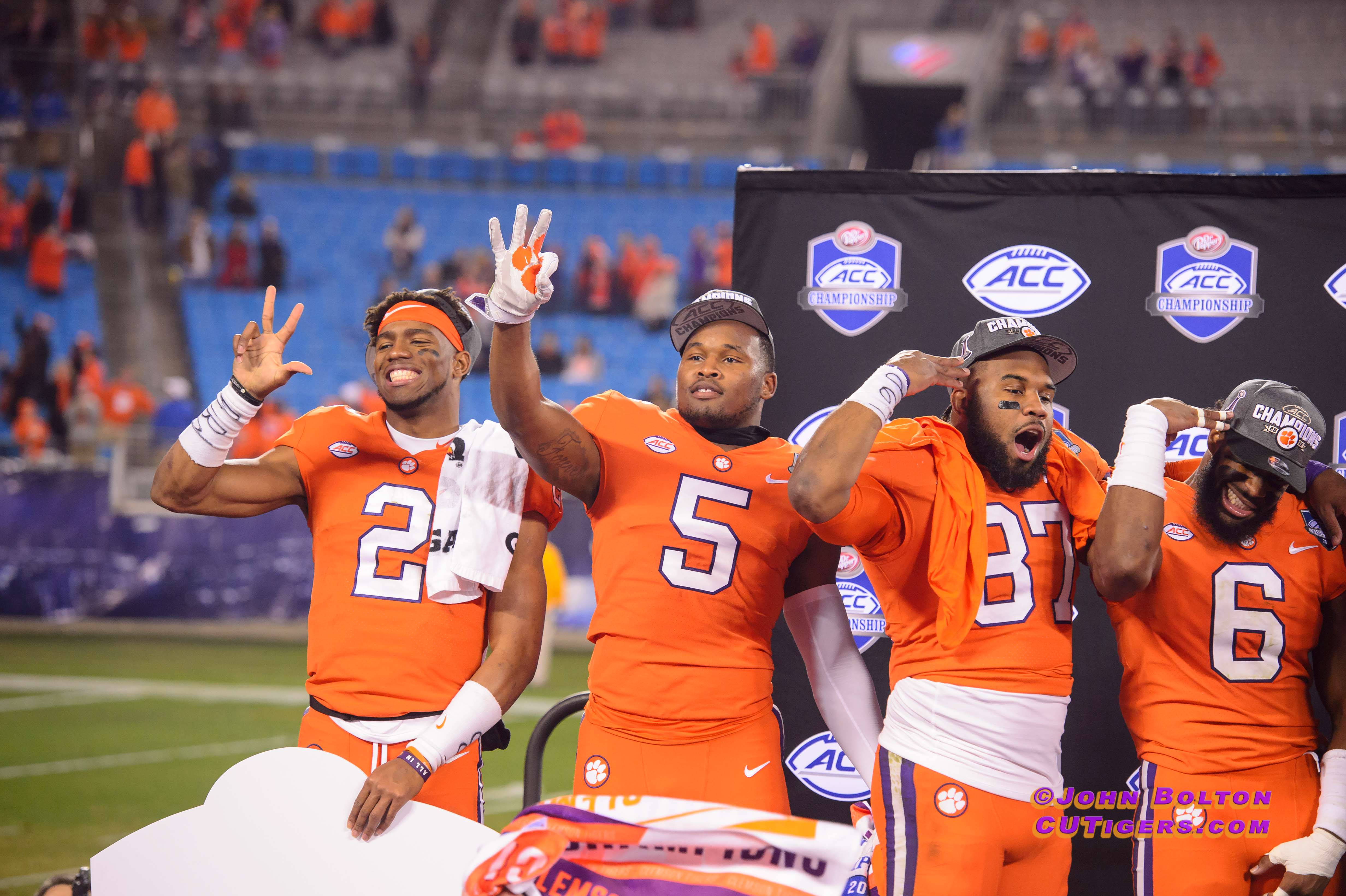 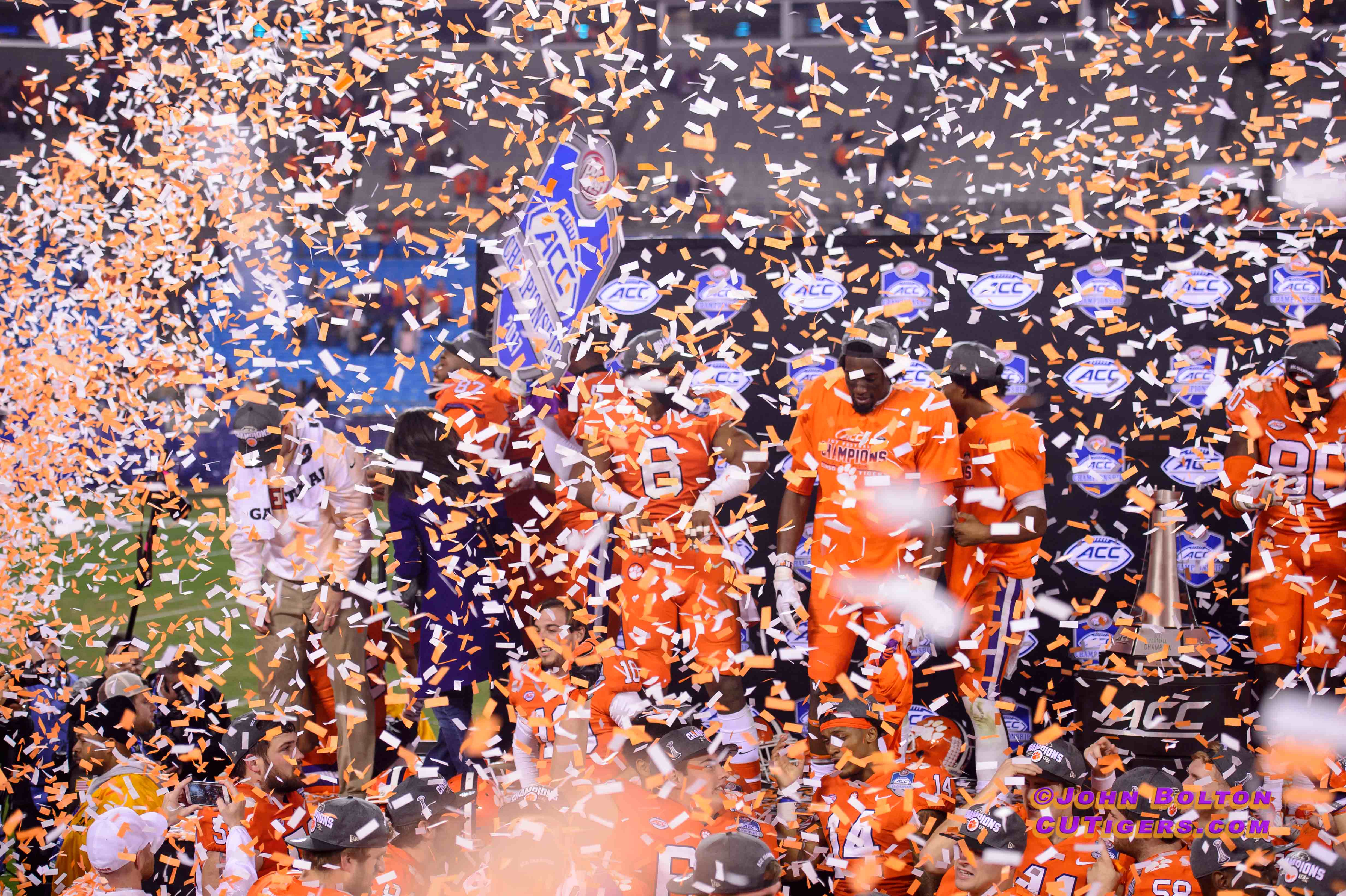