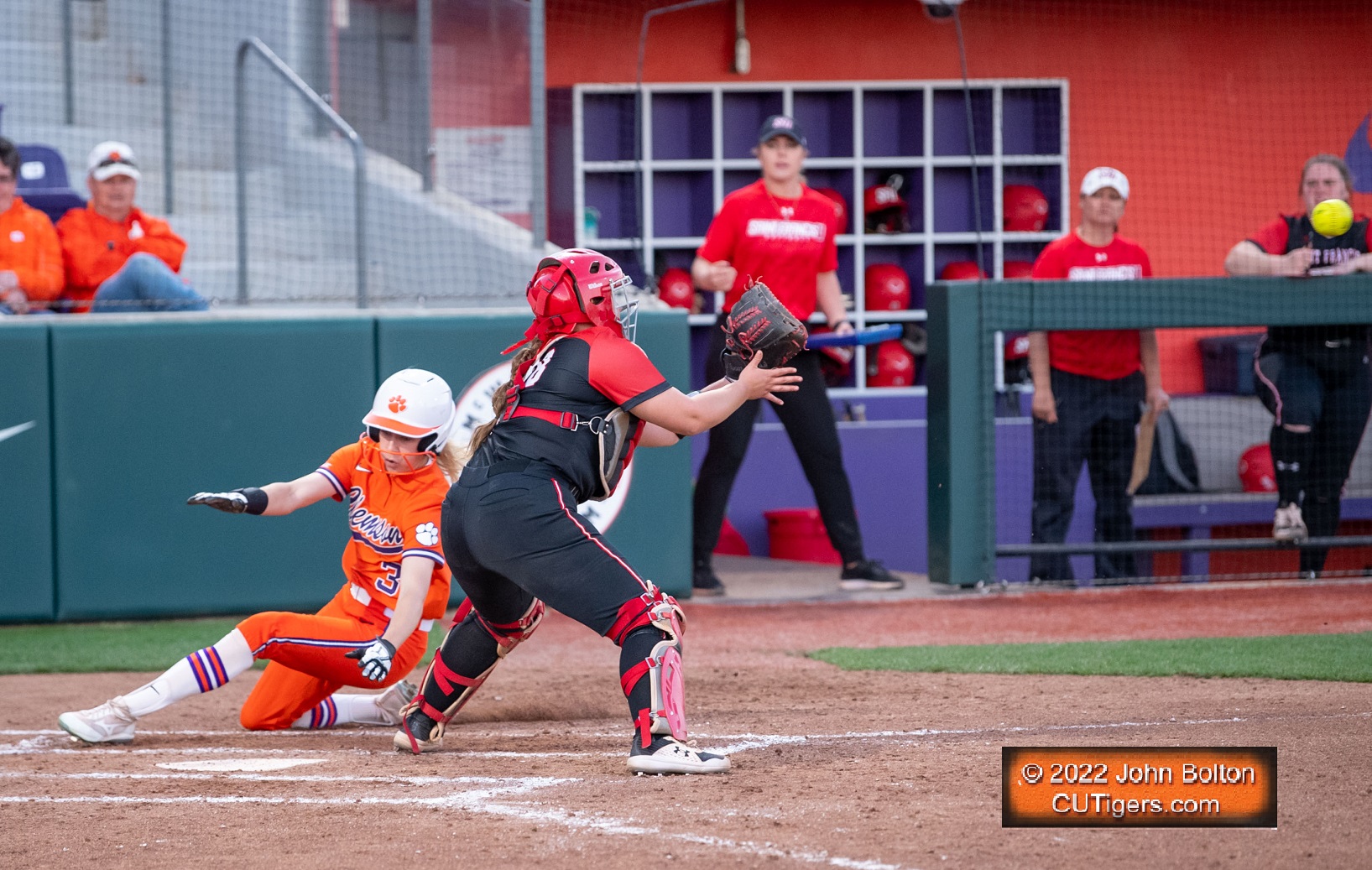 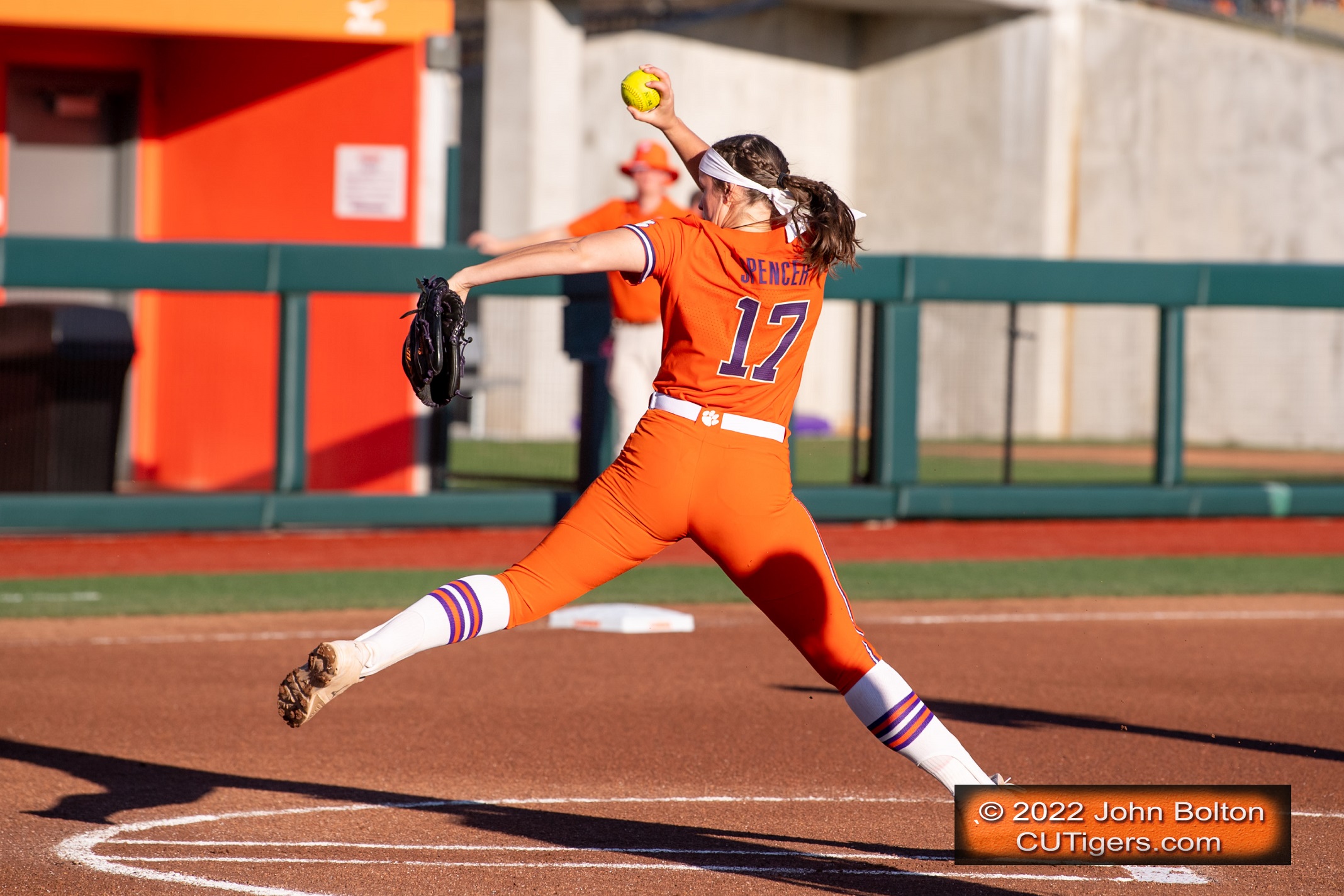 CLEMSON, SC - Unlike their first game on Friday, the Lady Tigers found themselves in a pitchers' duel on Friday night against Saint Francis. With Regan Spencer in the circle, the game was scoreless until the bottom of the 6th when freshman leadoff hitter Sam Russ hit a one-out single and stole 2nd. Last year's freshman leadoff hitter, McKenzie Clark, drove her in with a sac fly to right. Russ tagged to 3rd and then scored on a throwing error. With 2 outs, Cagle hit an infield single, and pinch runner Shannon stole 2nd. Marissa Guimbarda, who homered for the Tigers' first run on Friday afternoon, hit an RBI double for a big insurance run, making it 2-0. 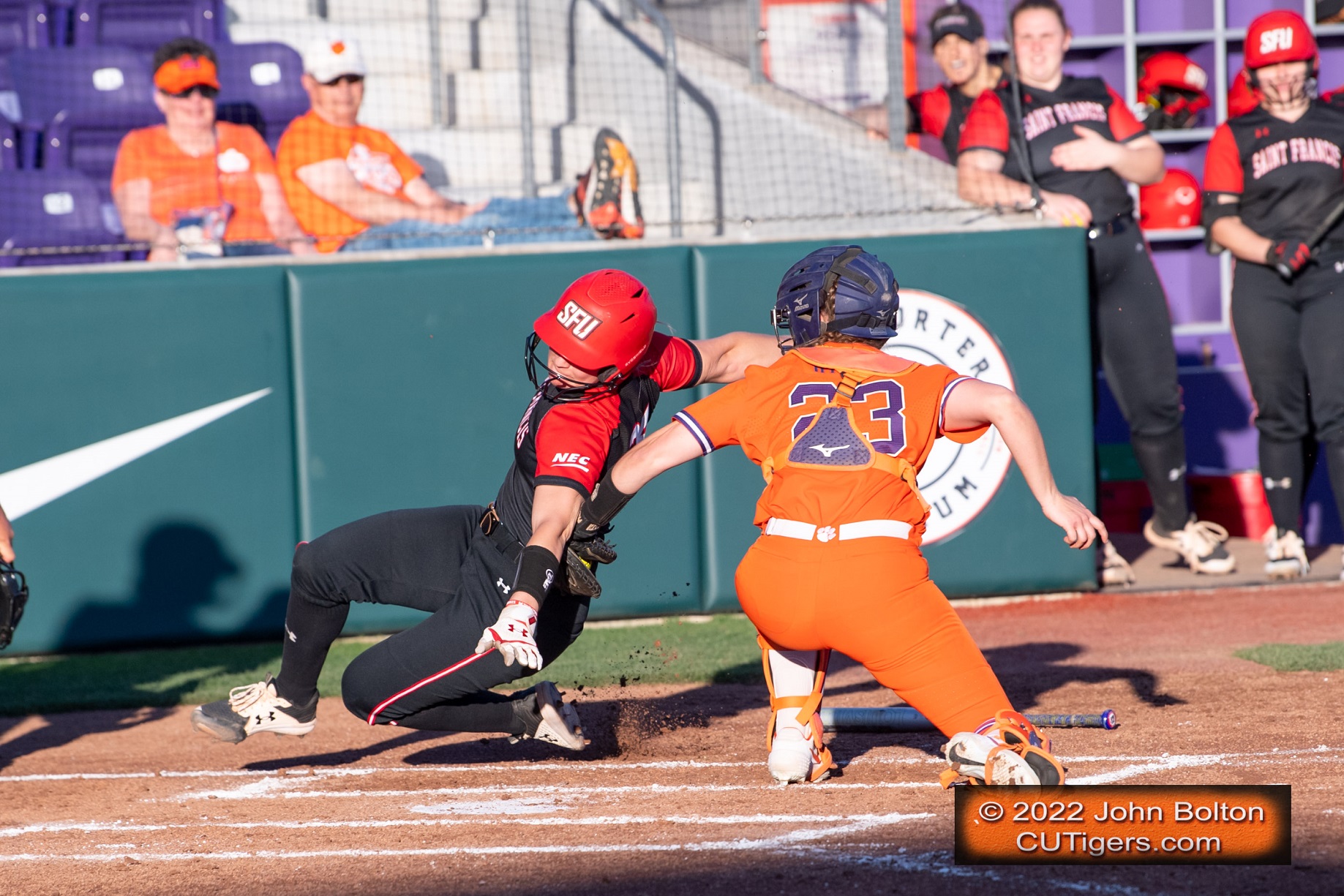 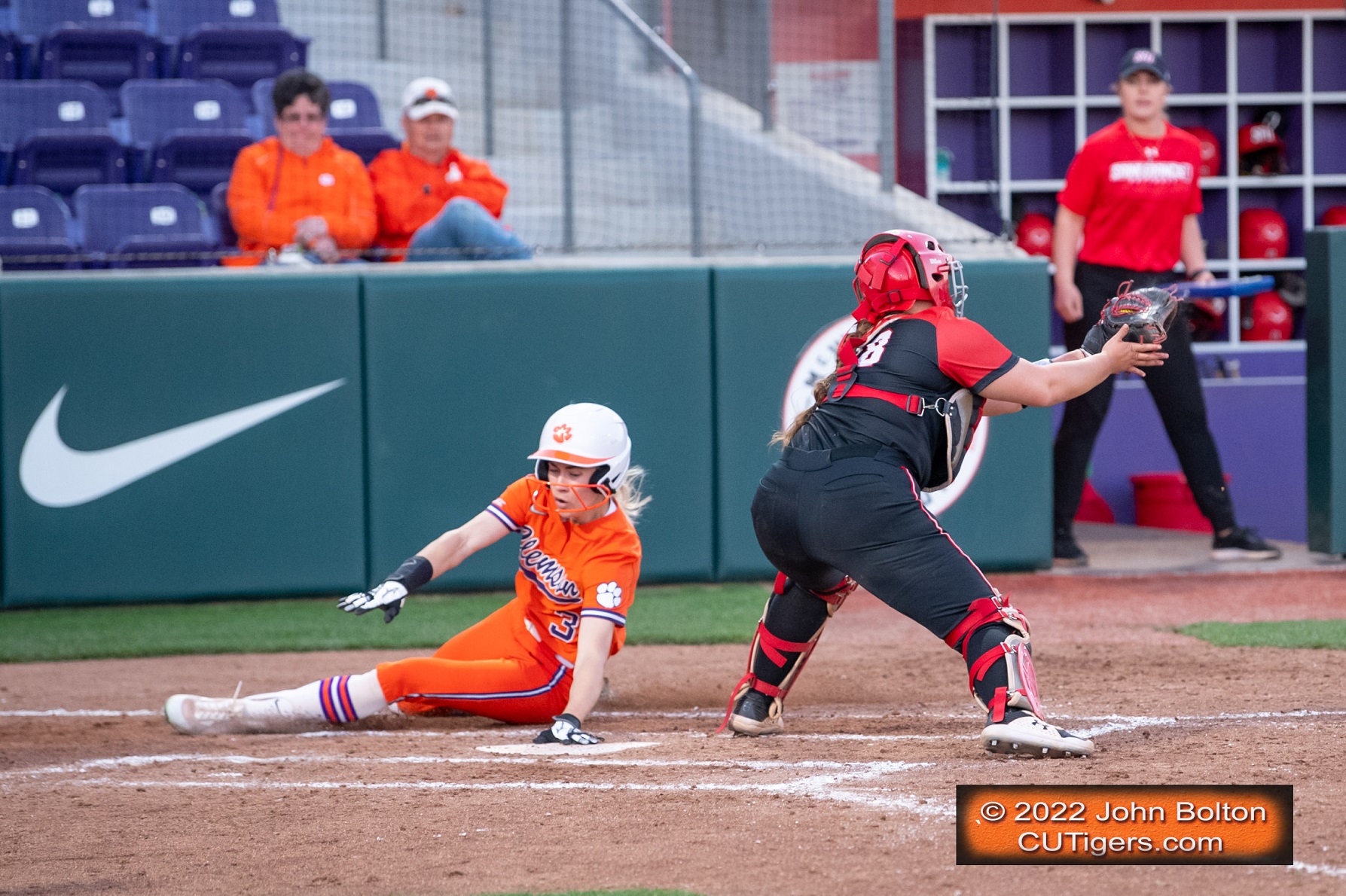 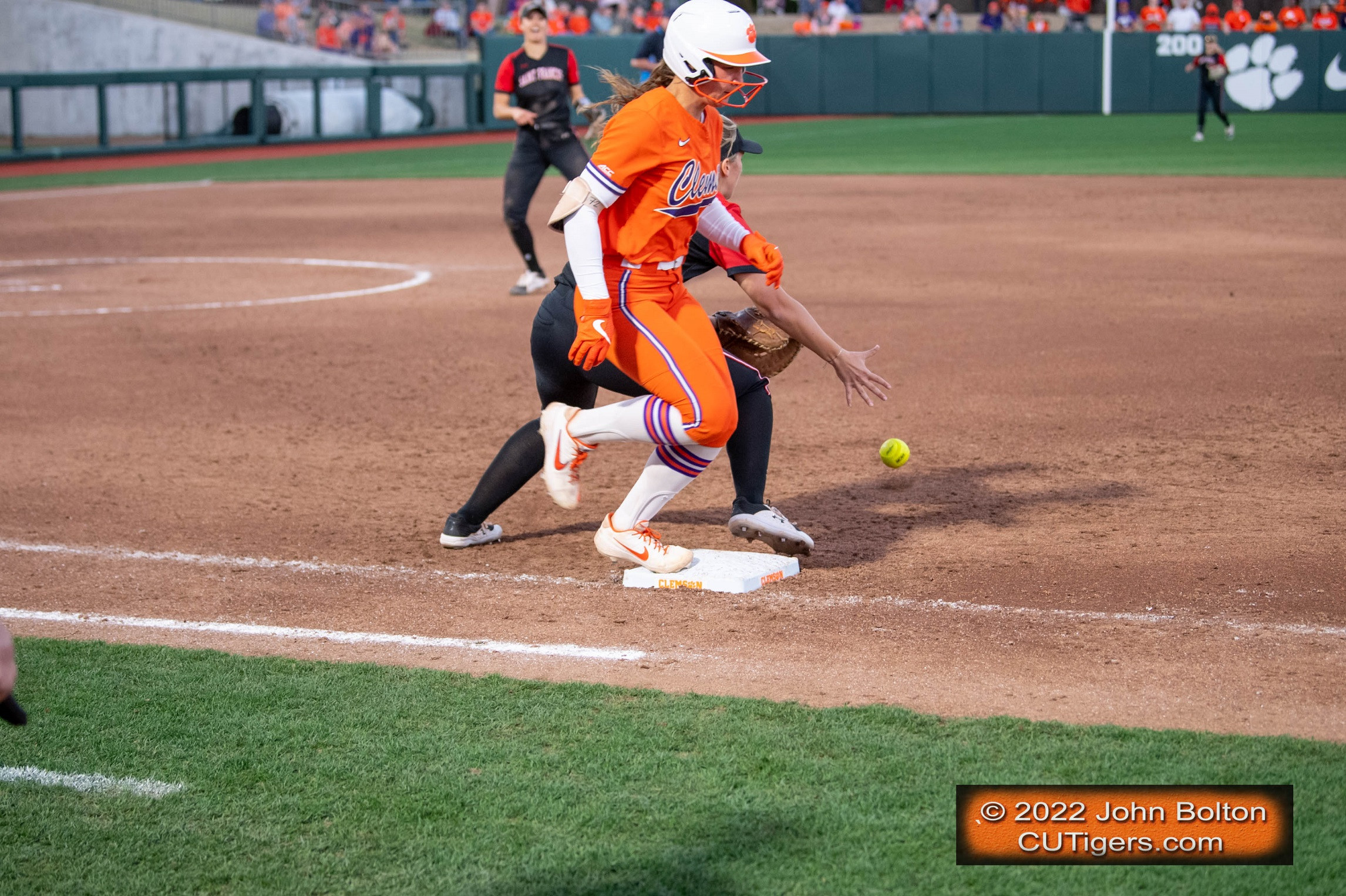 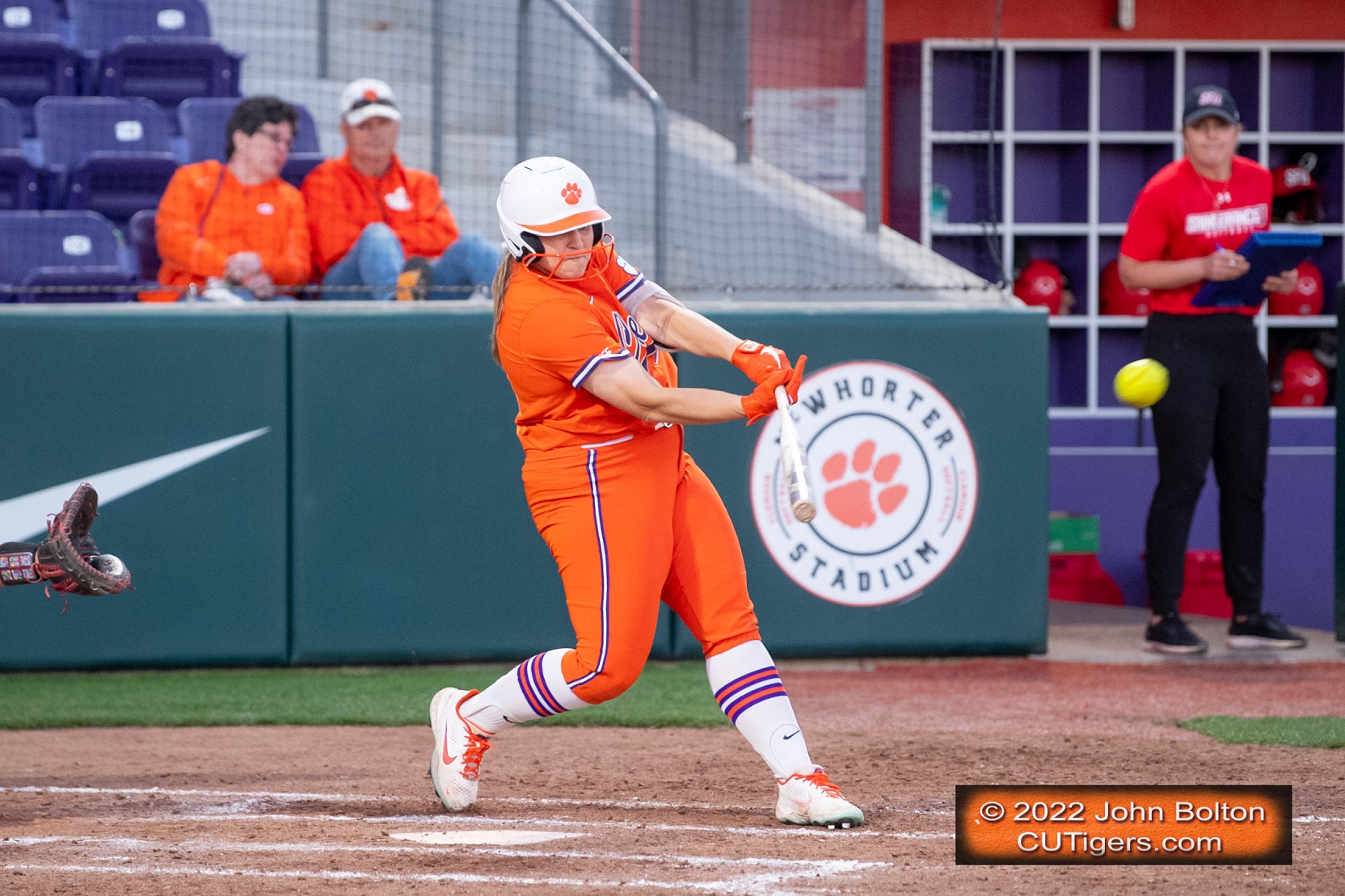 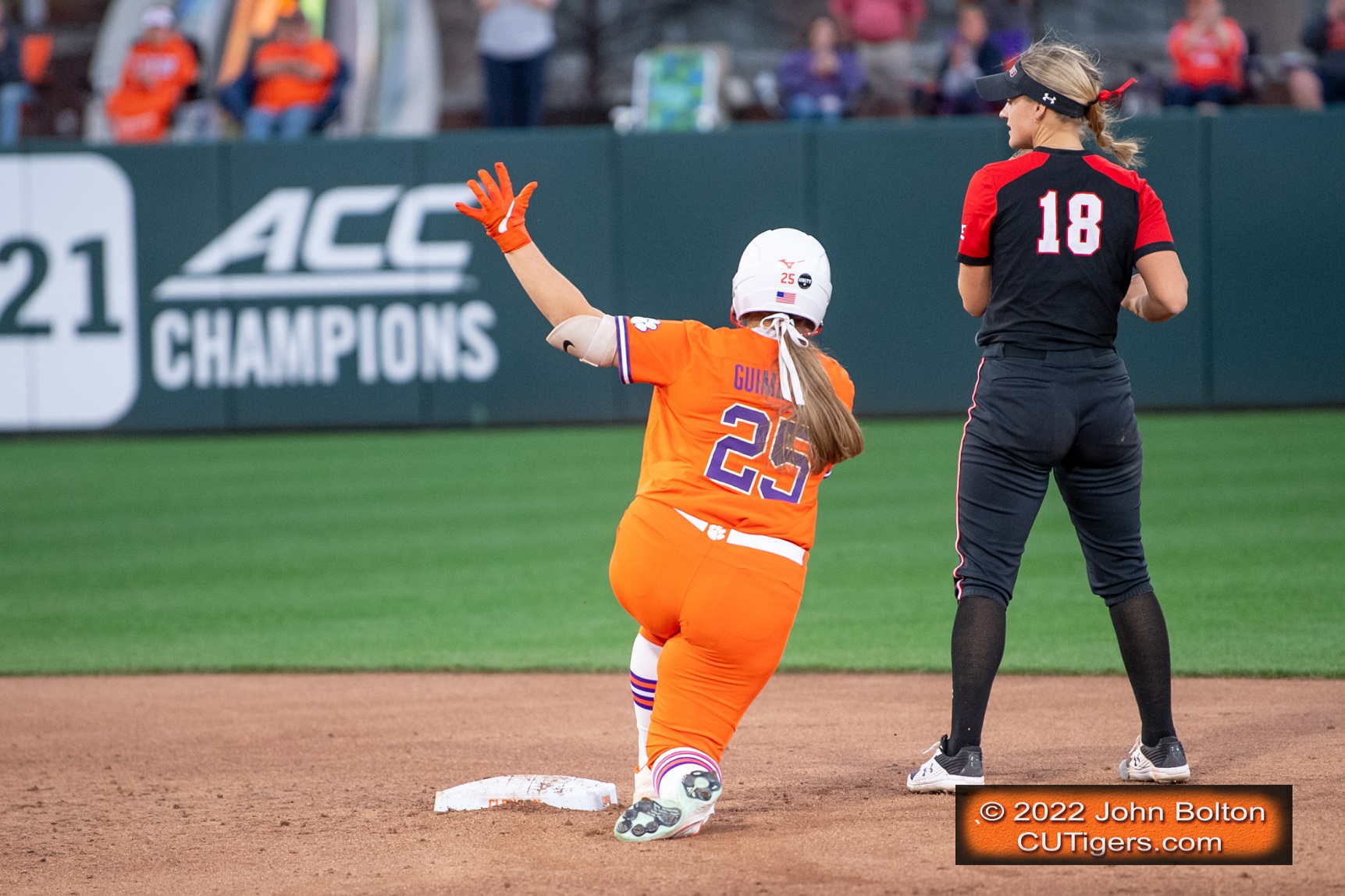 The Tigers were in a very similar situation last week against Wisconsin, going into the top of the 7th with a 1-0 lead, and John Rittman decided to replace Millie Thompson with Cagle. As dominant as Cagle is, I questioned the move at the time because Thompson had pitched 6 scoreless innings, and Cagle had already pitched that day. Sure enough, the move blew up in their face, as Cagle hit her first batter and gave up the tying run to send it to extra innings. She then gave up the winning run in the next inning and was doubled up at second base with a chance to tie. It was one of the rare times Cagle has looked human in her career. This time, however, Rittman decided to stick with his starter, Spencer, with the 2-0 lead, although he told me after the game that he had Millie Thompson warming up just in case. Spencer was probably close to coming out after she gave up singles to the first two batters of the 7th, but she got a big line-drive double play to take a lot of pressure off. She would give up another single before getting a fly to end the game with the tying run on 1st. 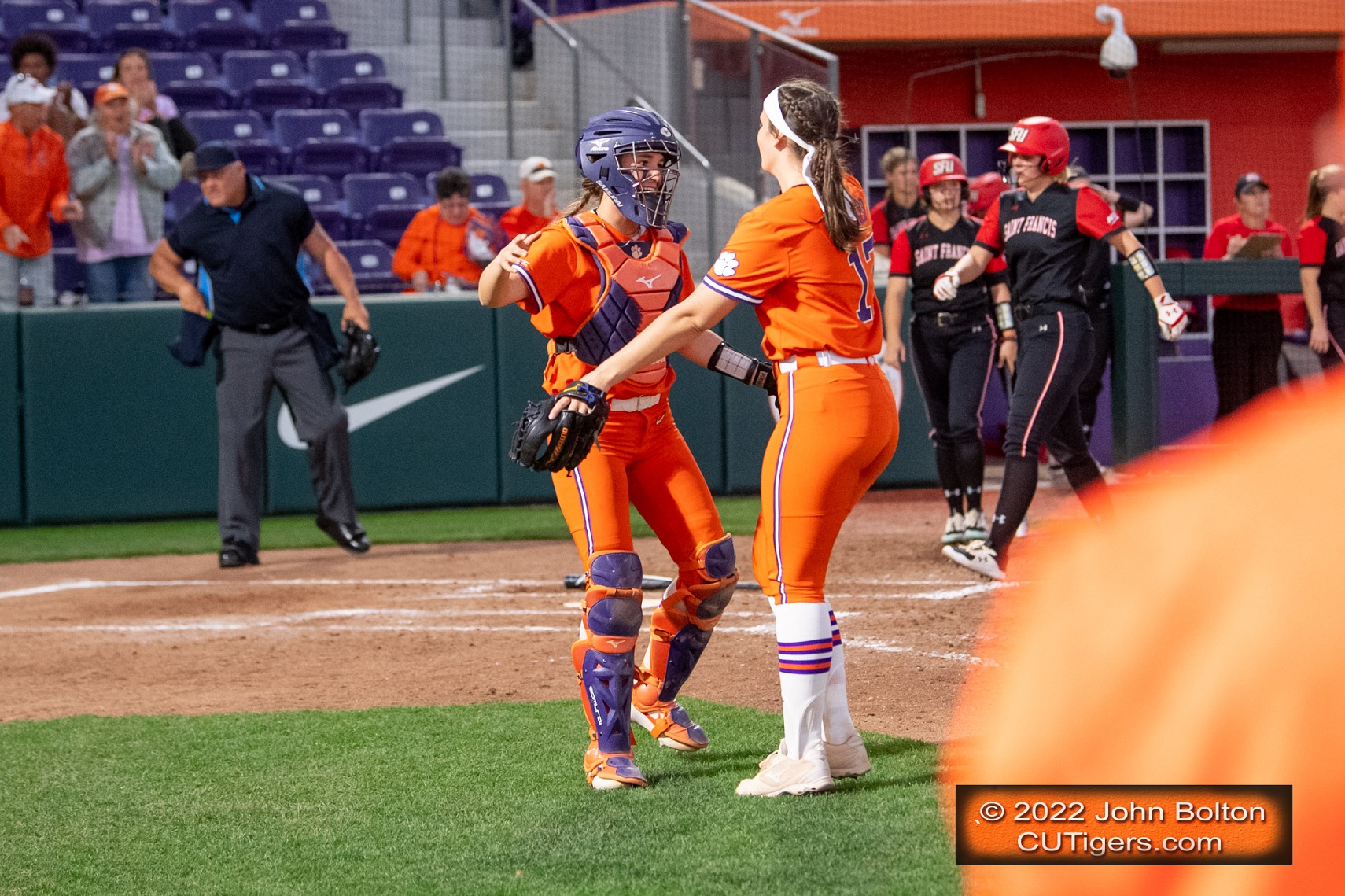 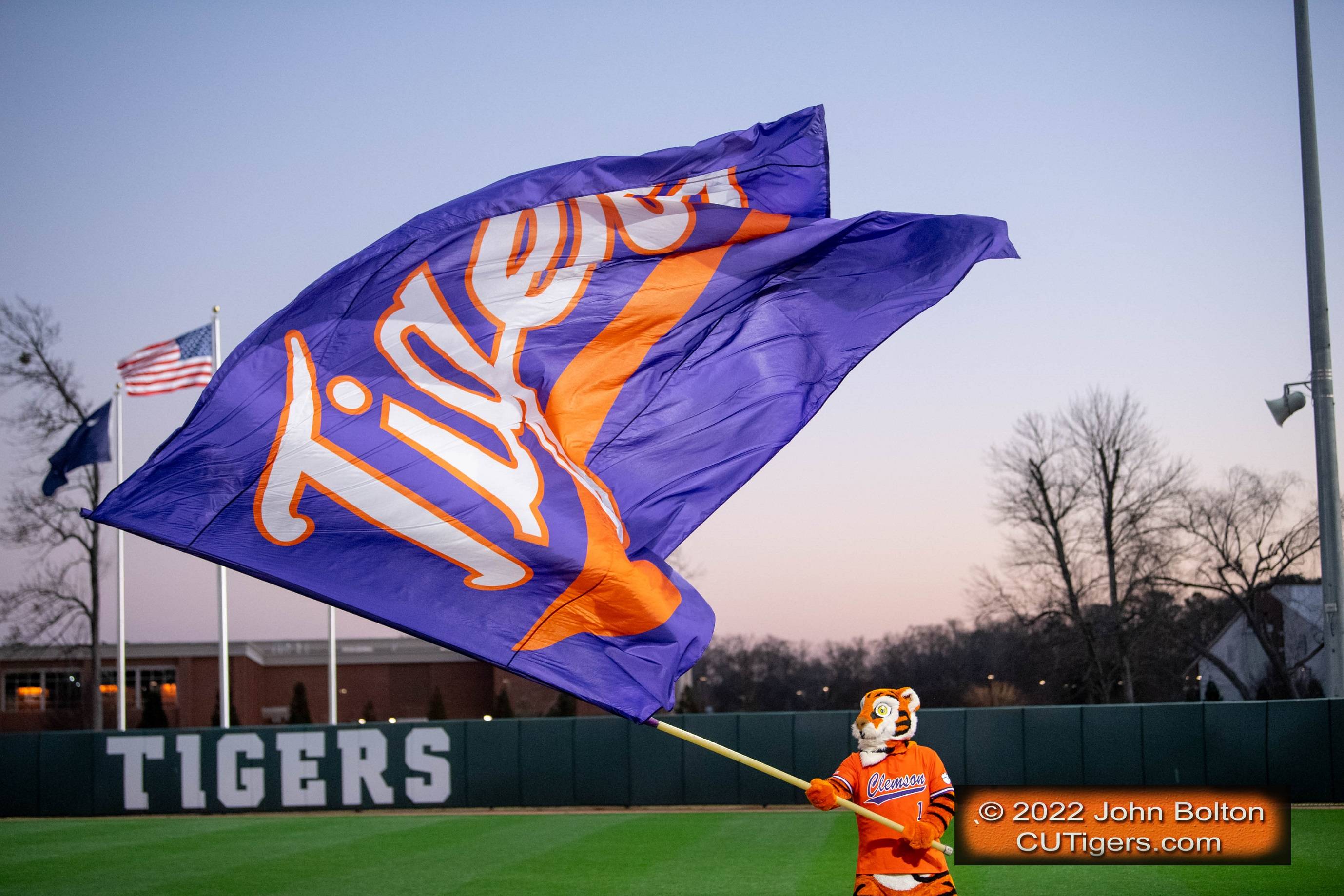 It was the 18th straight home win for the Tigers since losing to No.11 Duke in a split 4-game series last season. They'll have another doubleheader on Saturday to wrap up the Clemson Classic. Post-game interviews with Rittman and players are below!
MORE CLEMSON SOFTBALL, BASEBALL, BASKETBALL AND FOOTBALL COVERAGE HERE