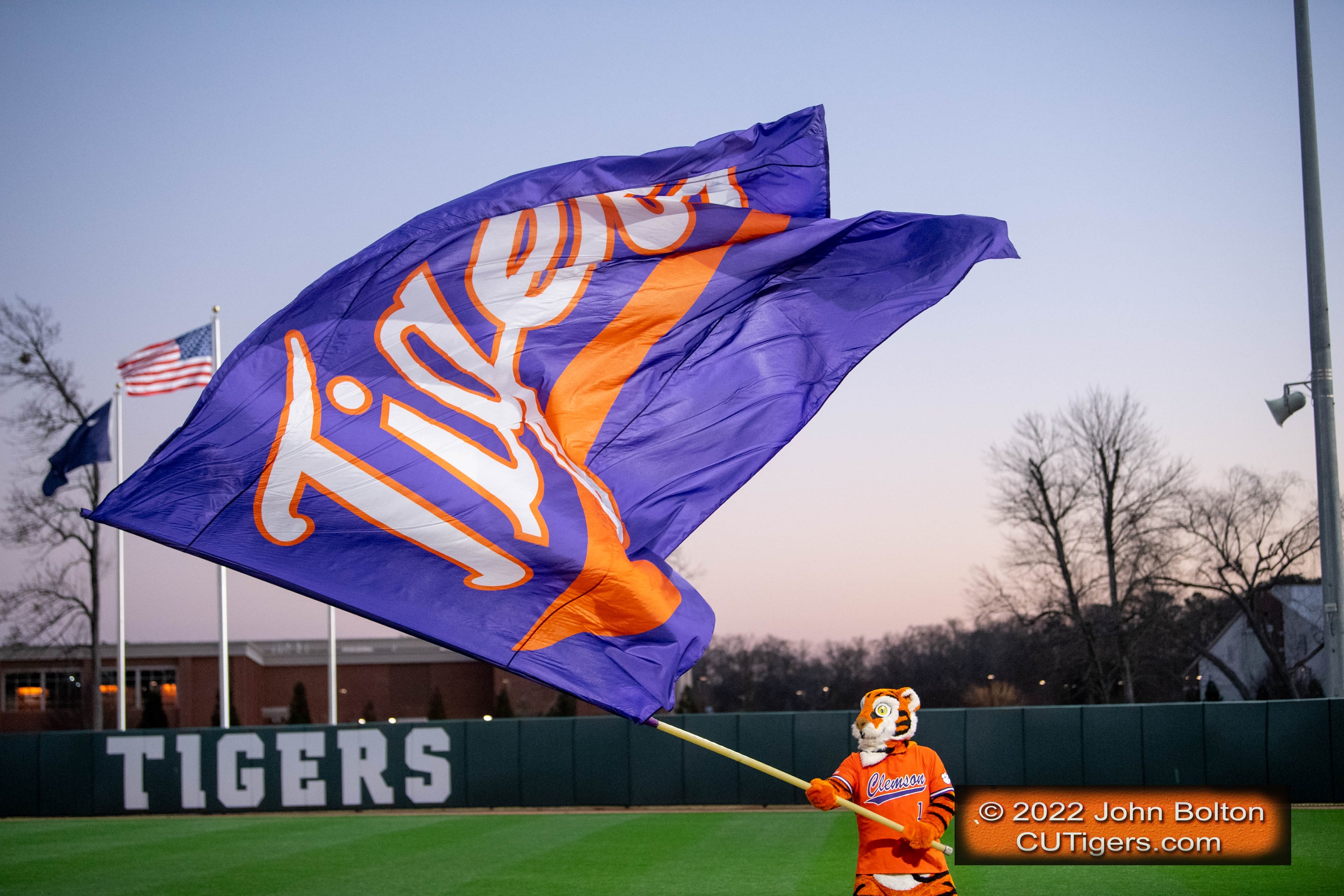 There were 3 visiting teams this weekend at the Clemson Classic, and they were at the mercy of the Lady Tigers, who were playing at home for the first time this season.
It didn't take the Tigers long to show their appreciation for being home, jumping on Boston University early and often for the 8-0 mercy rule victory in 5 innings. Alia Logoleo hit the two-run, walk-off homer in the 5th inning, and 8 Tigers recorded hits, including Guimbarda's 51st career homerun. Cagle pitched all 5 innings, improving her record to 5-2 on the season with her 2nd shutout.
Game 2 on Friday wasn't as easy, but the Tigers defeated St. Francis 2-0 for their 18th straight home win. Regan Spencer pitched her first complete game, throwing 84 pitches and allowing just 2 hits and a walk in the first 6 innings. The defense behind Spencer was equally impressive, turning double plays in the 4th and 7th innings to keep the Red Flashes at bay and off the scoreboard.
The tournament continued on Saturday afternoon, as the Tigers hosted Akron. McKenzie Clark, Aby Vieira and Maddie Moore were the heroes in this one. Clark went 4-4 with an inside-the-park HR, and Vieira, a freshman from California, went down low and golfed one over the right-center field wall for a grand slam and her first career HR. The Tigers led 6-0 before Akron scored 5 runs off the bull pen in the top of the 5th, forcing Rittman to put Cagle in the circle to shut the Zips down. She did just that, and the Tigers answered with 4 insurance runs in the 6th for the 10-5 win.
The Lady Tigers had a rematch with Boston on Saturday night to close out the tournament with a 20th straight home win. Moore was the star at the plate, hitting a bomb that seriously could have landed in downtown Anderson. The homerun even prompted the lights to flicker. Guimbarda, Clark and Logoleo kept the fireworks going for the Tigers, and by the end of the 3rd inning, they were up 6-0. Boston didn't go away, though. They responded with runs in the 4th, 6th and 7th innings, but the Tigers scored again in the 6th, and it was all they needed for the 7-3 win. Sophomore Millie Thompson improved to 2-0 in the circle and recorded 4 strikeouts. Marissa Guimbarda had to be the MVP of the tournament, going 6-14 with a HR, 2 doubles and 7 RBI's. It will be tougher for teams to pitch around Cagle with a hot-hitting Guimbarda batting behind her in the lineup!
The Lady Tigers are back home on Tuesday against Gardner-Webb and then open ACC play this weekend at home against No.8 Virginia Tech, beginning at 5:00 on Friday.
Click the link below for more!
MORE CLEMSON SOFTBALL, BASEBALL, BASKETBALL AND FOOTBALL COVERAGE HERE