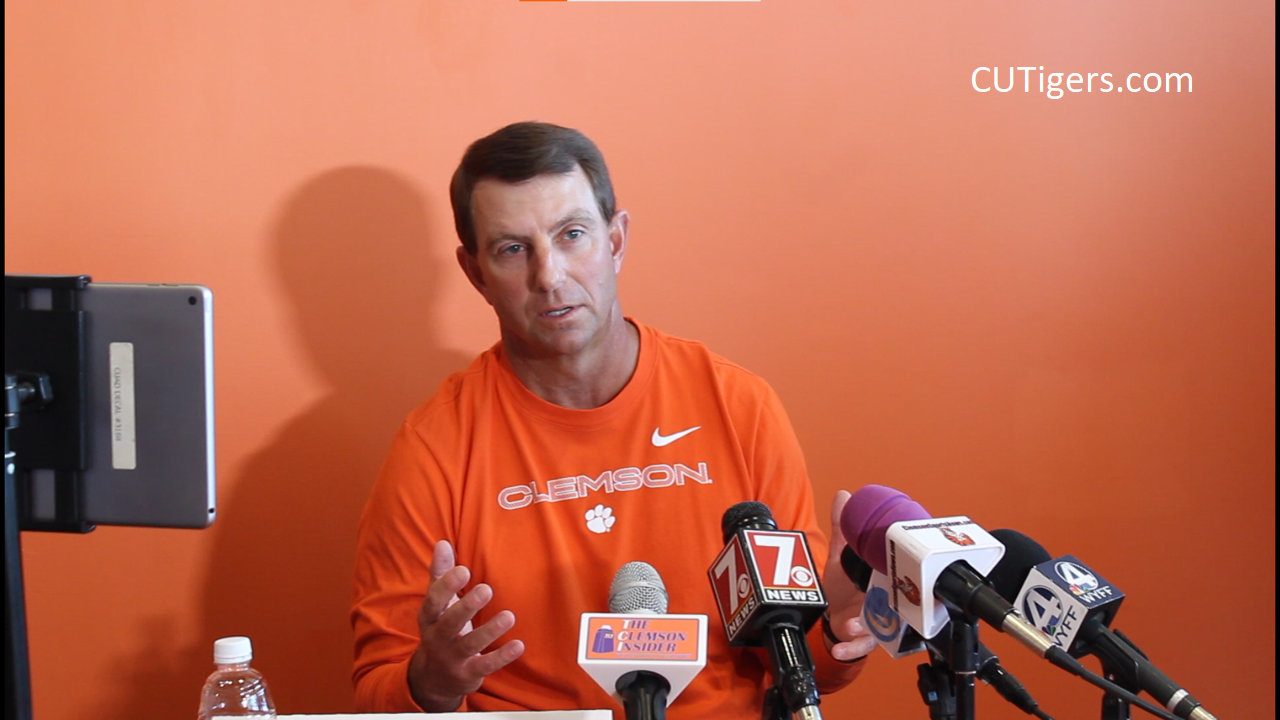 CLEMSON, SC - We had our annual press conference with Dabo on Wednesday to kick off spring practice, and the weather could not have been better for the first day, with sunshine and temperatures in the 70's! Dabo told us several players will be out, including Bryan Bresee, Davis Allen and top 2 running backs Will Shipley and Kobe Pace. They are all fine, just giving them the spring to get completely healthy.
Also, as I reported a week or so ago, potential starting center Hunter Rayburn decided to retire for healthy reasons, and Dabo just told us that the other player with center experience, Mason Trotter, will miss most of the season for an undisclosed reason. Therefore, Dabo will look to the transfer portal to hopefully bring in an experienced center who fits the culture here. Dabo said that he would not automatically bring in a transfer but only if it's the right fit and someone who can help them right away. In the meantime, they are going to work Putnam at center this spring, and he will probably be the starter. Behind him are rising sophomores Trent Howard and Ryan Linthicum. The latter came in highly rated, but it sounds like he isn't close to ready to meaningful playing time, let alone starting.
I just got out of practice, and Cade looks great! He moves well and throws a tight, accurate ball. DJ had an enormous leg brace on his bad knee, but he looks a little trimmer. Dabo said he dropped 15 pounds of fat.
Our interviews with Dabo, Jordan McFadden and KJ Henry are below, and I'll have photos from practice posted in a bit!
MORE CLEMSON FOOTBALL, BASEBALL, BASKETBALL AND SOFTBALL COVERAGE HERE