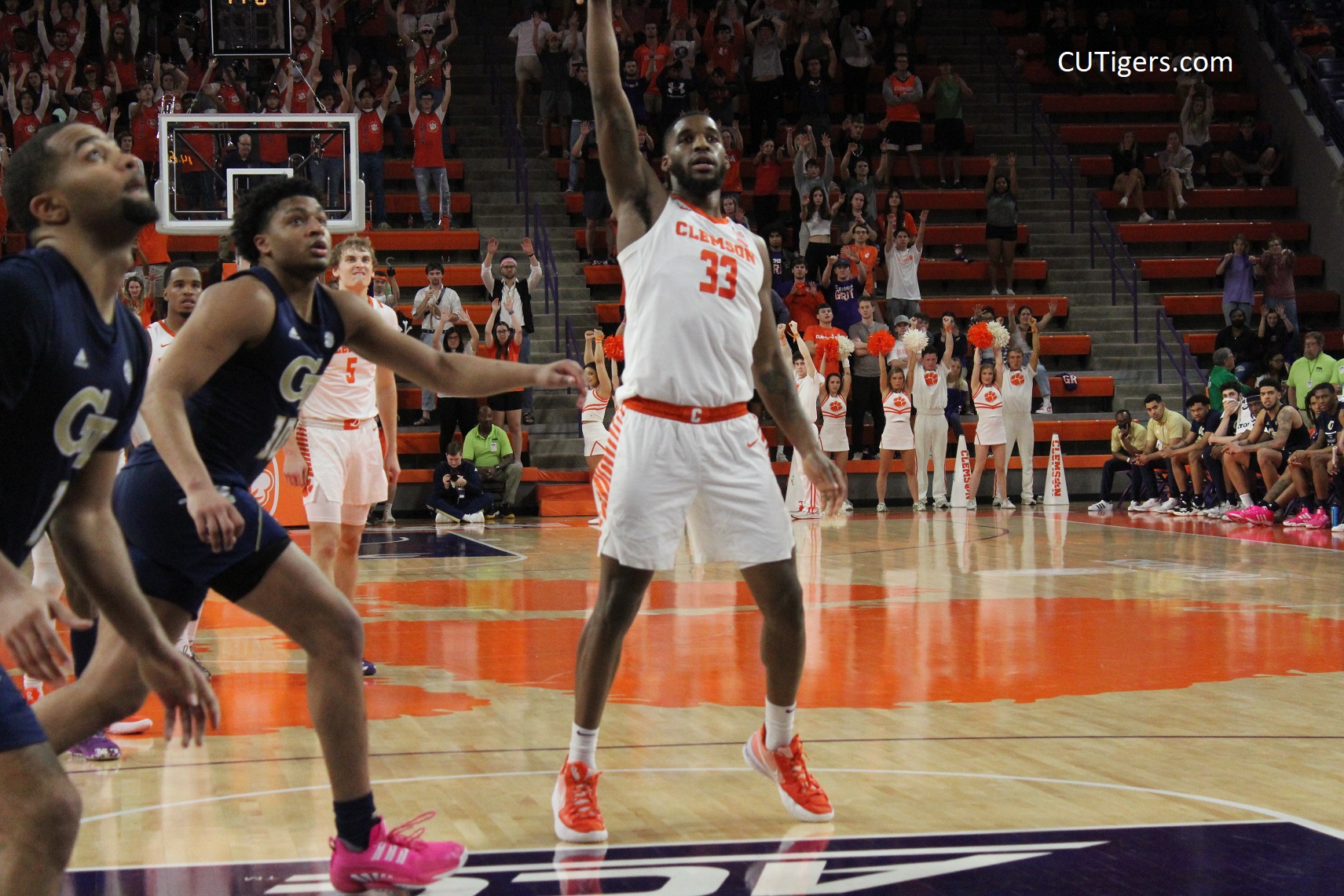 Photo by Trevor Groves
CLEMSON, SC - After missing the last month with a broken clavicle, Hunter Tyson returned sooner than expected, coming in off the bench to play 18 minutes against Georgia Tech on Wednesday. Ironically, Tech was the first team that the Tigers played without Tyson, and they lost a close game in Atlanta to begin a 6-game losing streak.
The Tigers led for most of the first half, but Tech led by 6 at the half and controlled the second half, leading by as many as 13 points. Grad transfer David Collins was playing with an injured thigh and thumb, but he scored a season-high 19 points. He also drew a couple big charges down the stretch. Naz was also the hero, converting a 3-point play with 14 seconds left to break the tie. With the 3-point lead, the Tigers opted to play defense rather than foul. Tech got off a contested 3-point attempt, but it was an air ball and time ran out.
Hunter Tyson was clearly not 100 percent and only played 18 minutes, but he was definitely a factor and scored 8 points. The Tigers were a dreadful 3-19 from the arc at one point, but Dawes and Hunter made some huge ones down the stretch.
The Tigers have amazingly won 3 straight without Hall, and 2 of those without Hall and Tyson! Senior Day is Saturday at 2:00 against a very good VA Tech team that's fighting for an NCAA bid. Brownell said Hall is still day-to-day, but they may need him to make it 4 straight wins.
Post-game interviews and highlights are below! 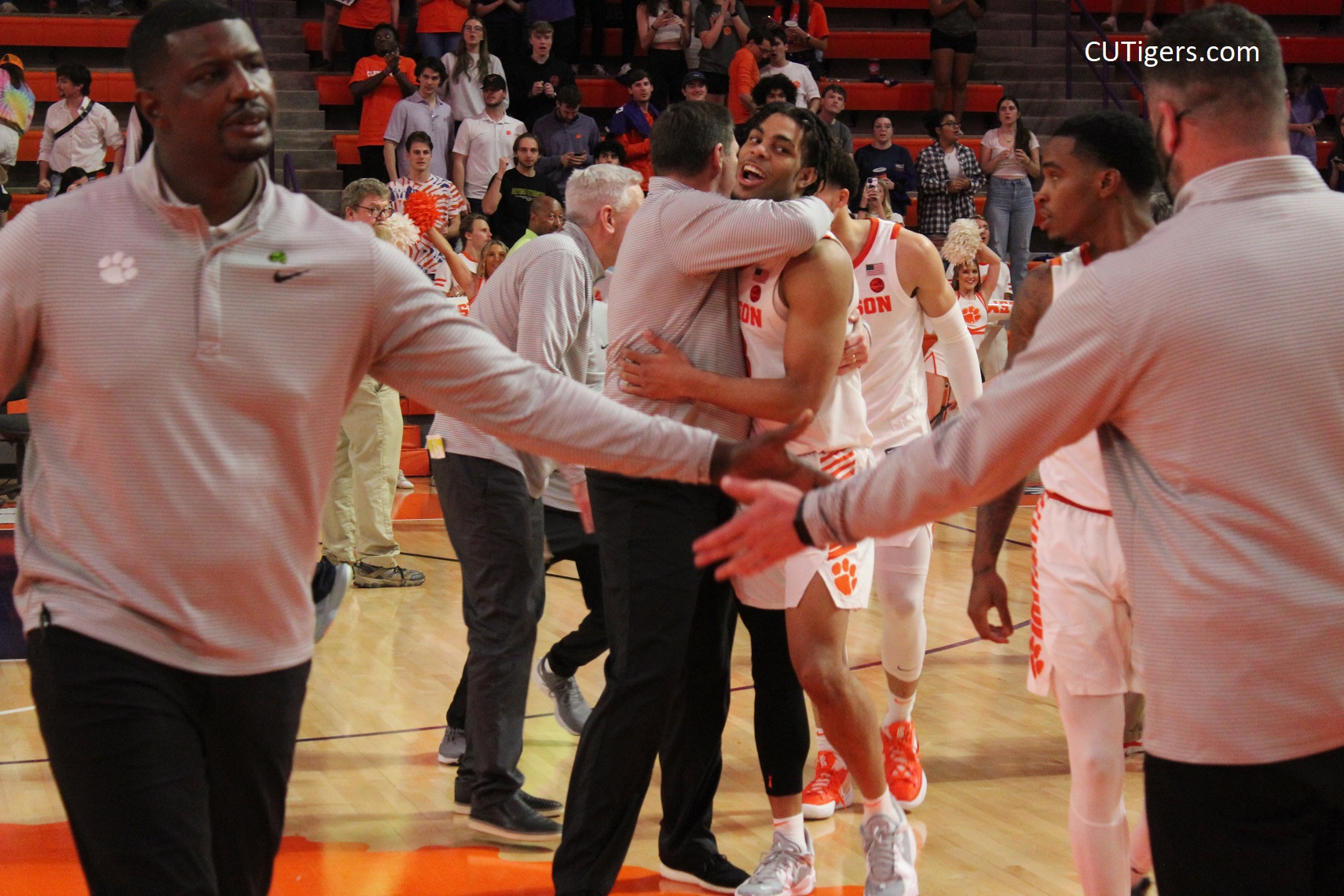 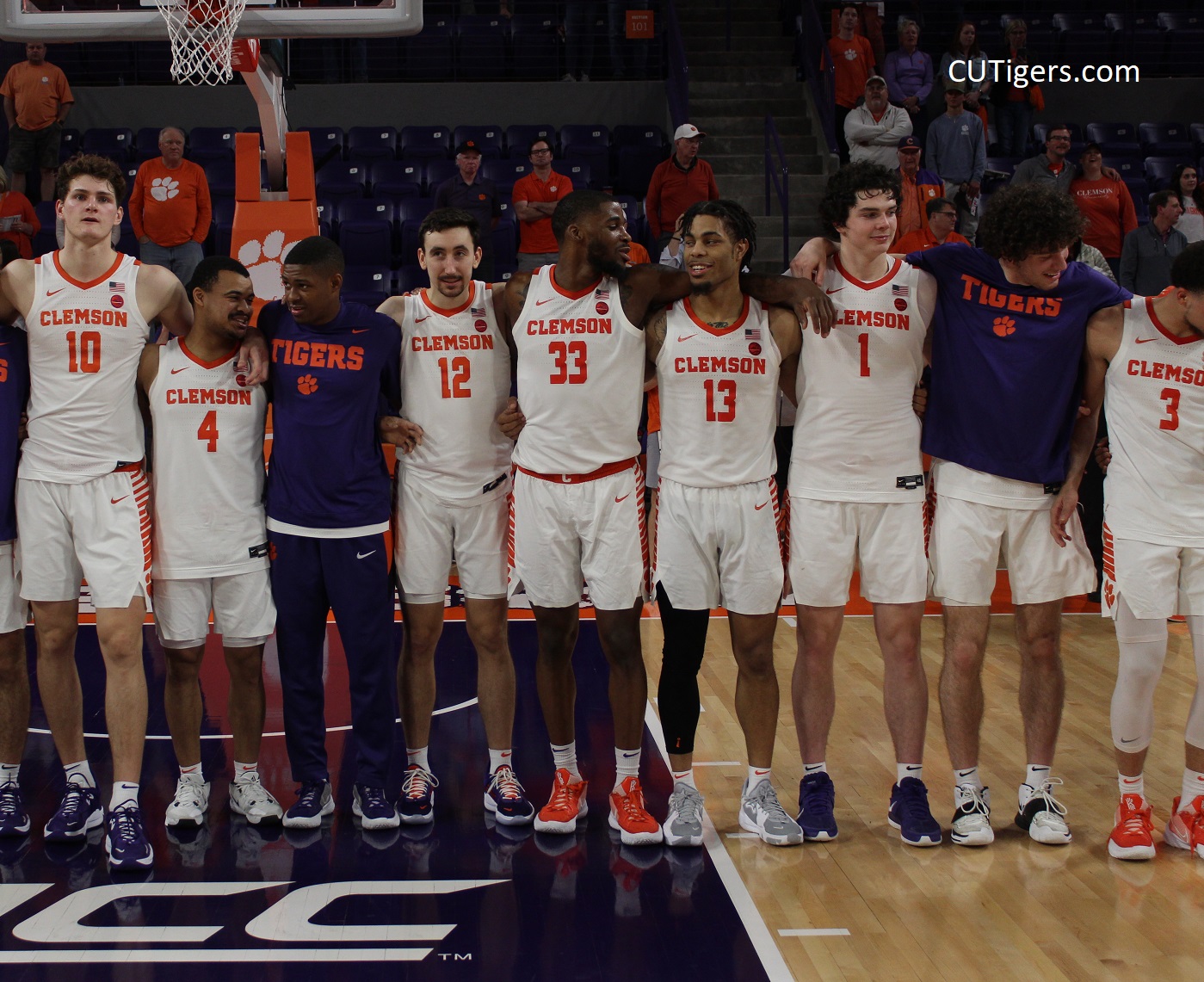