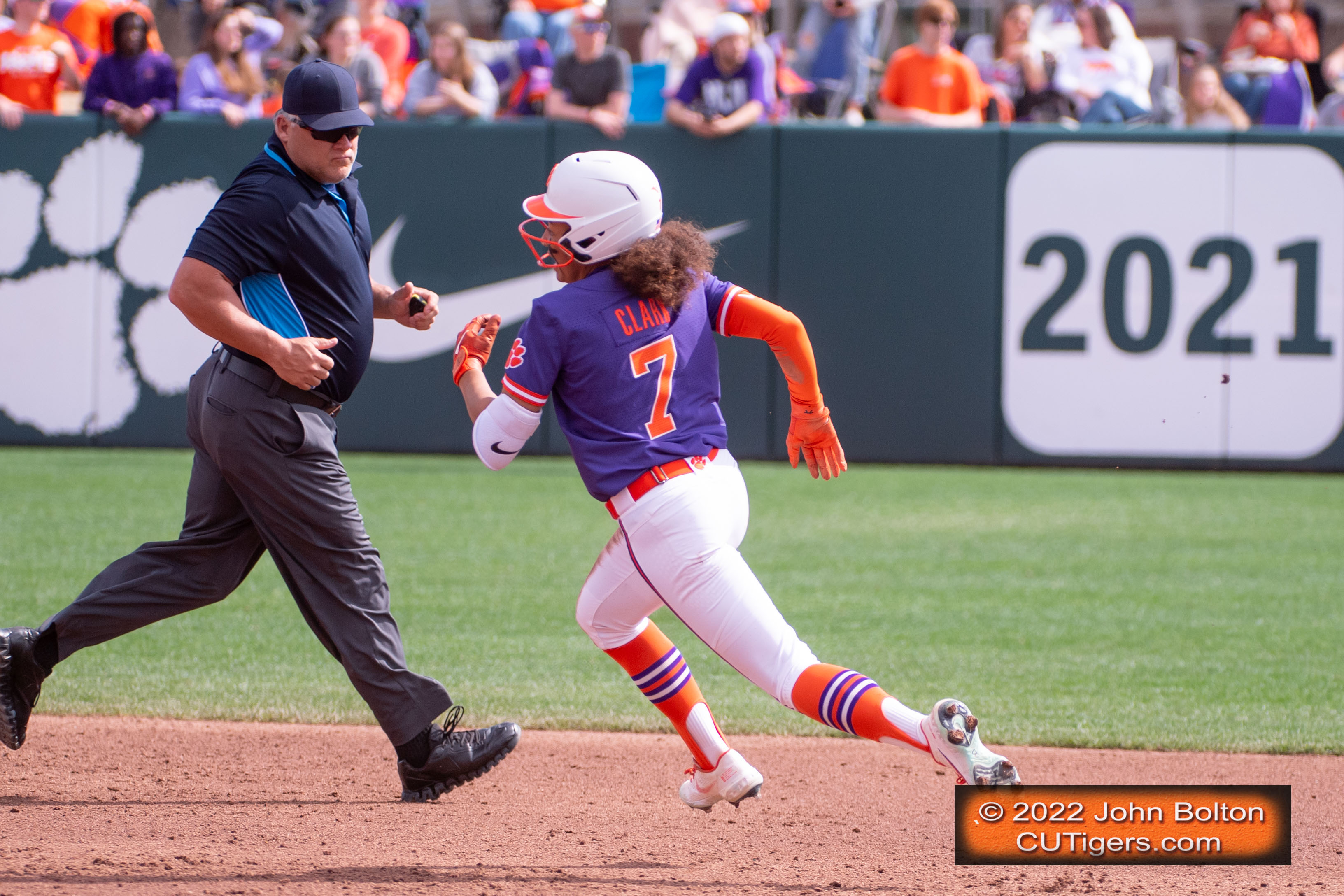 
NO.15 CLEMSON BOUNCES BACK WITH 3-0 WIN OVER MERCER

CLEMSON, SC - The Lady Tigers had their 21-game home win streak snapped when they were humbled in a 3-game sweep by No.6 VA Tech over the weekend. However, they bounced back against Mercer on Wednesday night. 3 of the Tigers' top 4 starting pitchers saw action in the game. Regan Spencer got the start in the circle and went 3 scoreless innings, allowing 3 hits with 2 K's. Thompson allowed just one hit with 2 K's in 2 innings, picking up her 3rd win of the season, and McCubbin gave up 2 hits in 2 innings on her way to her first save of the season.
The Tigers scored all of their runs with a trio of doubles in the 2nd inning. Kyah Keller started the rally with a one-out double. Hyatt followed with a full-count walk, and a double by Moore scored the first run of the game. Clark would drive in 2 more runs with a 2-out double to make it 3-0. Along with the pitching, Clark was the hero of this one, going 2-3 with the big 2-RBI, 2-out double. Outside of the 3rd, the Tigers managed just 2 hits in the other 5 innings combined, but they did walk 4 times. Cagle was 0-3, and her average fell to .319, perhaps the lowest of her career.
We'll see if this is the start of another long home win streak for the Tigers. They will host the Tiger Invitational this weekend at McWhorter Stadium, playing Liberty on Friday, Illinois on Saturday, followed by a doubleheader against Illinois and Liberty on Sunday. 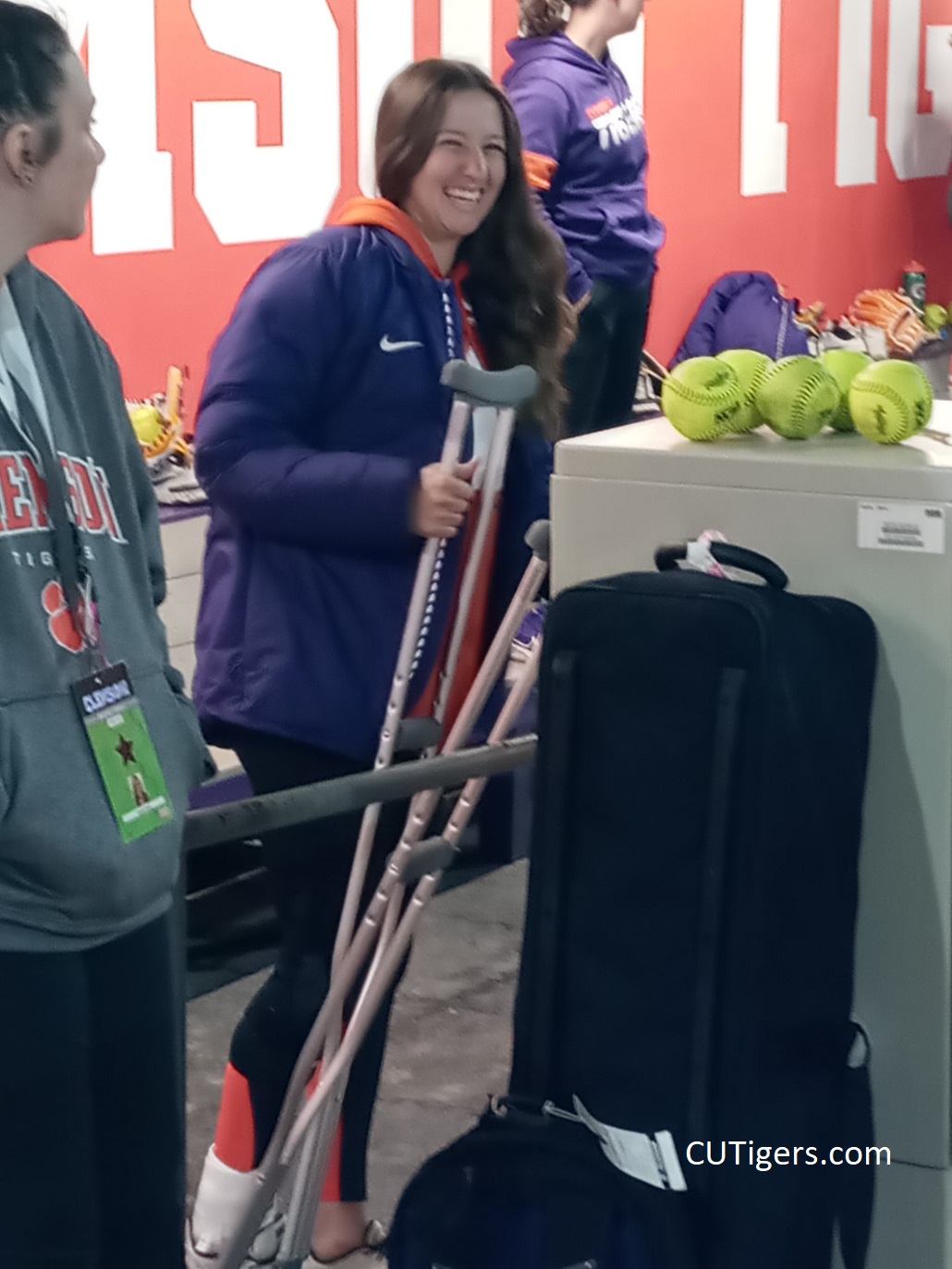 After the game, CUTigers reporter Chris Hamby asked Rittman for an update on freshman Aby Vieira, who suffered a lower leg injury against the Hokies on Saturday, and he said that they do not know when she will return but hope to have her back soon. Our post-game interview is below!
MORE CLEMSON FOOTBALL, BASKETBALL, BASEBALL AND SOFTBALL COVERAGE HERE