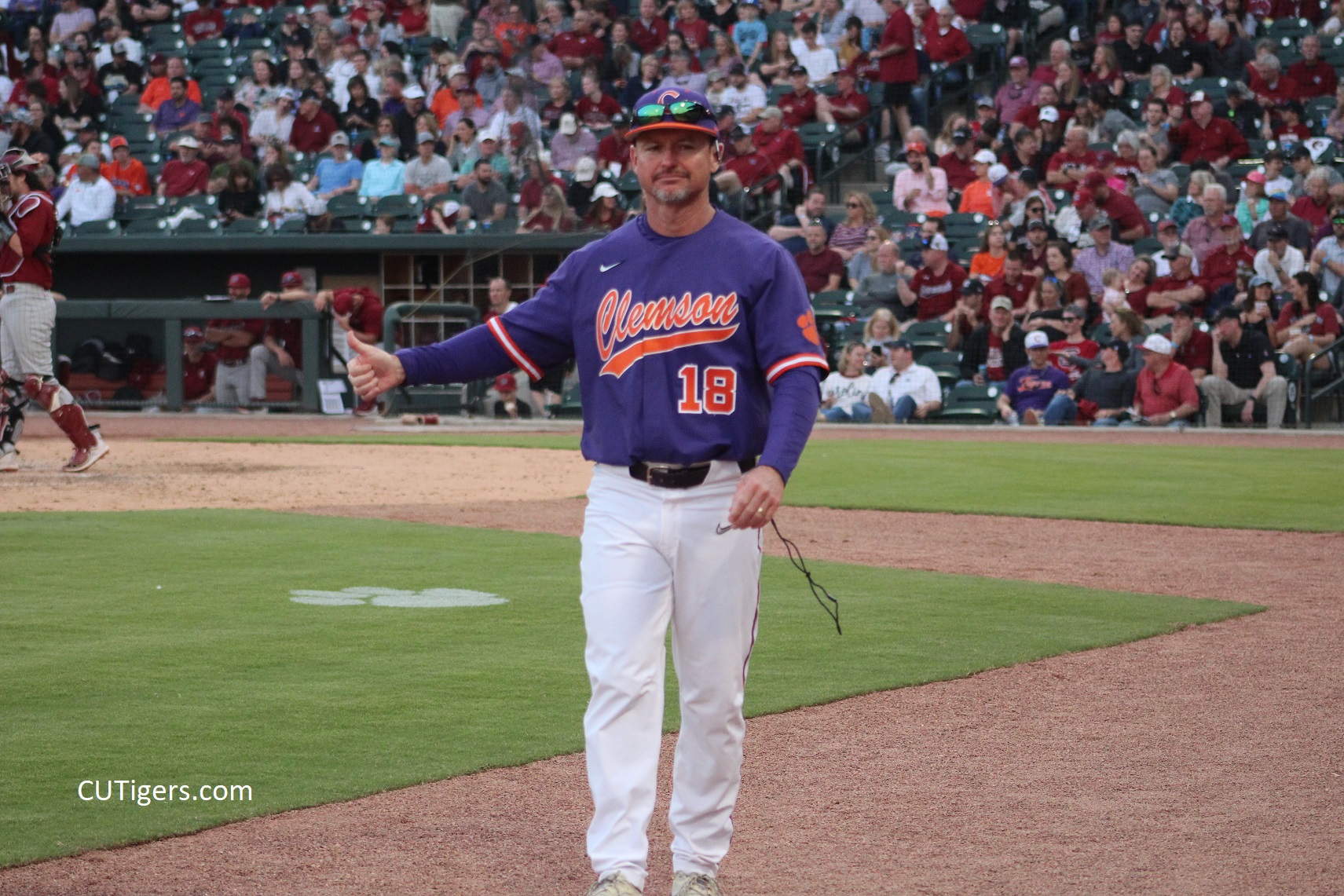 GREENVILLE, SC - The Tigers took their historic 11-0 record to Fluor Field in Greenville on Wednesday for their recently annual game with Michigan State. The Tigers were the designated visiting team for the "neutral" game despite the home crowd for the Tigers. They have dominated Sparty over the last few years in Greenville, but Wednesday's game would be too close for Monte Lee's comfort.
Perhaps the Tigers' offense was still a little hungover from their emotionally draining, historic sweep of the Gamecocks over the weekend because this one quickly turned into a pitchers' duel. The Tigers managed just 5 hits with 13 strikeouts, including 3 by Hawkins and 2 by Grice. In fact, the Tigers' top 5 hitters combined for 9 K's. Ingle was the only one of the five without a strike out, and the others had at least 2 each. Freshman Billy Barlow made his third straight midweek start and was outstanding on the mound, going 6 innings with just 2 hits and one run.
The Tigers struck first in the 3rd inning with a walk by Brewer and singles by Corbitt and Grice. However, with 2 outs in the 5th, Barlow gave up a single and then threw away a pick-off attempt to put the runner on 2nd. A 2-out single then tied the game 1-1.
The score would remain tied until the 8th inning when Corbitt reached on an error to lead off the inning. Grice was then hit by a pitch, and Ingle walked on 4 pitches to load the bases with no outs. Hawkins, who was the Tigers' MVP of the Palmetto Series last weekend, struck out for the third time. However, Wagner was hit by a pitch to give the Tigers a 2-1 lead. After Troyer pinched for Fairey and struck out, French reached on an error with 2 outs to give the Tigers a much-needed insurance run at 3-1. Ingle was thrown out at home on the play to end the inning. The Tigers should have gotten more with the bases loaded and no outs, but it was that kind of a game!
The Tigers added a run in the top of the 9th when Blackwell led off with a single. Brewer sac bunted him to 2nd, and Corbitt reached on an error, allowing Blackwell to score to make it 4-1. However, Sparty wouldn't go away quietly. Monte replaced closer Ryan Ammons with Grice, who has pitched just one inning this season. After Grice gave up a leadoff single and a walk, Monte brought in Jay Dill from the pen. Dill got a ground out but then gave up a single to make it 4-2. He responded by getting a pop up and a strike out to end the game.
As Monte said after the game, it wasn't pretty, but it was a win! The Tigers are 12-0, and one more win will match the 13-0 start by the 2002 team. This weekend, they host Northeastern, which swept No.8 NC State last weekend.
Post-game interviews are below!
MORE CLEMSON FOOTBALL, BASKETBALL, BASEBALL AND SOFTBALL COVERAGE HERE