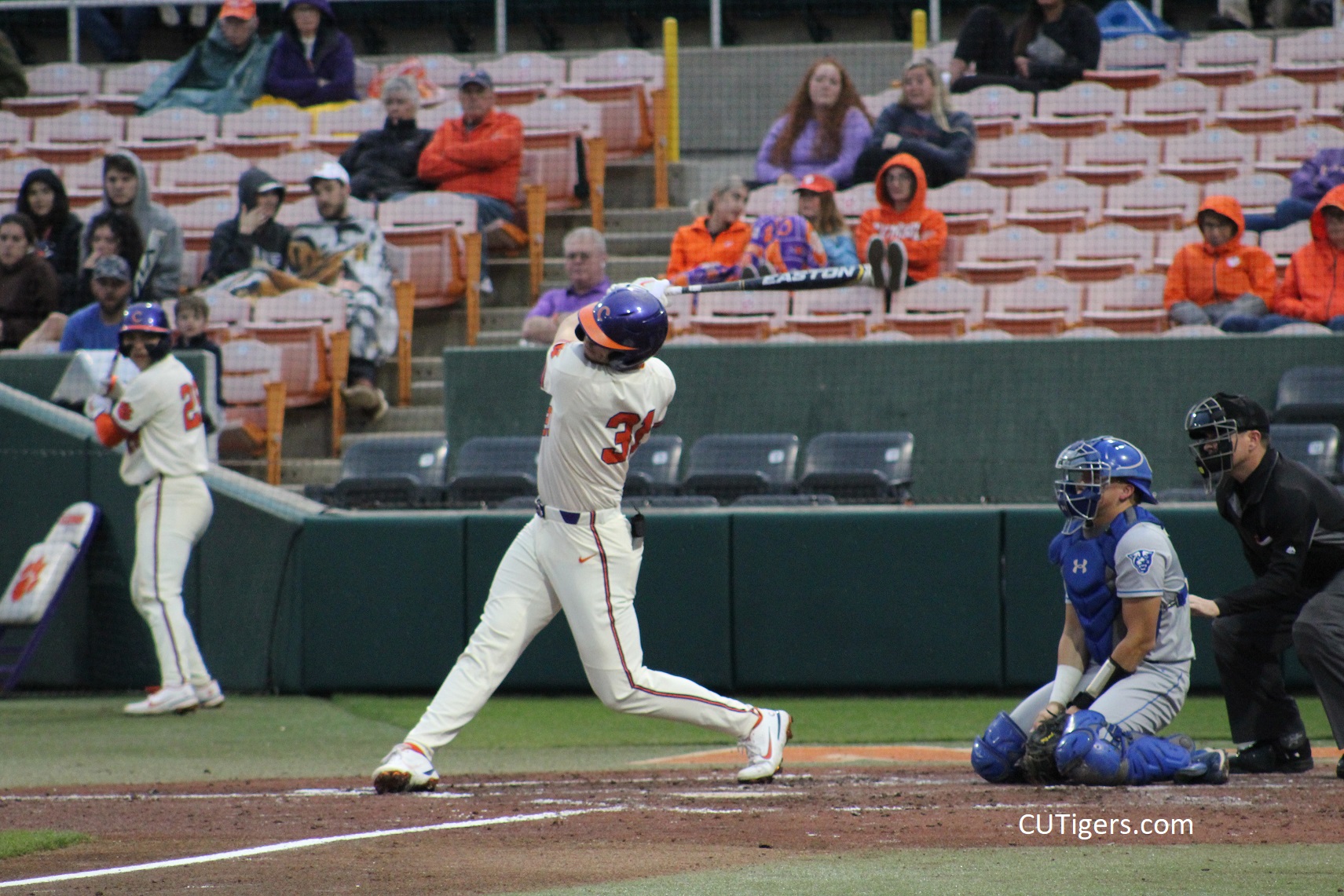 CLEMSON, SC - Perhaps the Tigers were still hungover from their first loss of the season on Sunday after their historic 14-0 start, the best since 1992. Freshman Billy Barlow had been solid in his first 3 midweek starts, but he had a rough outing on Tuesday. He hit the second batter and then gave up a 2-out HR to give GSU an early 2-0 lead in the 1st, and the Tigers just seemed lethargic from that point on. Barlow gave up a 2-out walk and a 2-out single to make it 3-0 in the 2nd, and his day was done. Lindley started the 3rd by giving up a leadoff HR to Griffin Cheney, who was the story of the game. He hit 3 HR's against the Tigers, driving in 4 of their 6 runs. The Tigers knew how dangerous he was at the plate going into the game. He had already hit 5 homers on the season, but the scouting report didn't seem to matter because the Tigers had no answer for him. With 8 HR's now, there are only 5 players in the nation with more than Cheney, and he has a .458 batting average to go along with them!
The other story of the game was the Tigers' poor hitting, especially with runners on base. They stranded the bases loaded and left 9 on base by the 5th inning, at which point they were in a 4-1 hole. The Tigers struck out 14 times, and Grice led the team with 3 K's. He did hit a single to go 1-4, but Grice is mired in a deep slump, going just 6-38 with 19 K's over the last 9 games. The good news is that the Tigers won 7 of those games, so when Grice starts hitting like we all know he can, they should be tough to beat. Monte told me after the game that Grice may be pressing a little bit at the plate but that his attitude has been great and no one is working harder than him. He hasn't gotten down on himself and has been a consummate, supportive teammate despite his personal struggles of late at the plate. Mac Starbuck earned his first start after going 3-4 in his 4 pinch-hit appearances this season, and he went 1-3 with 2 strikeouts.
The Tigers begin ACC play this weekend when they host No.23 Miami, and if they can win 2 or 3 over the Canes, these last 2 losses will seem like a distant memory! I'll have live coverage all weekend HERE. Post-game interviews are below!
MORE CLEMSON BASEBALL, SOFTBALL AND FOOTBALL COVERAGE HERE