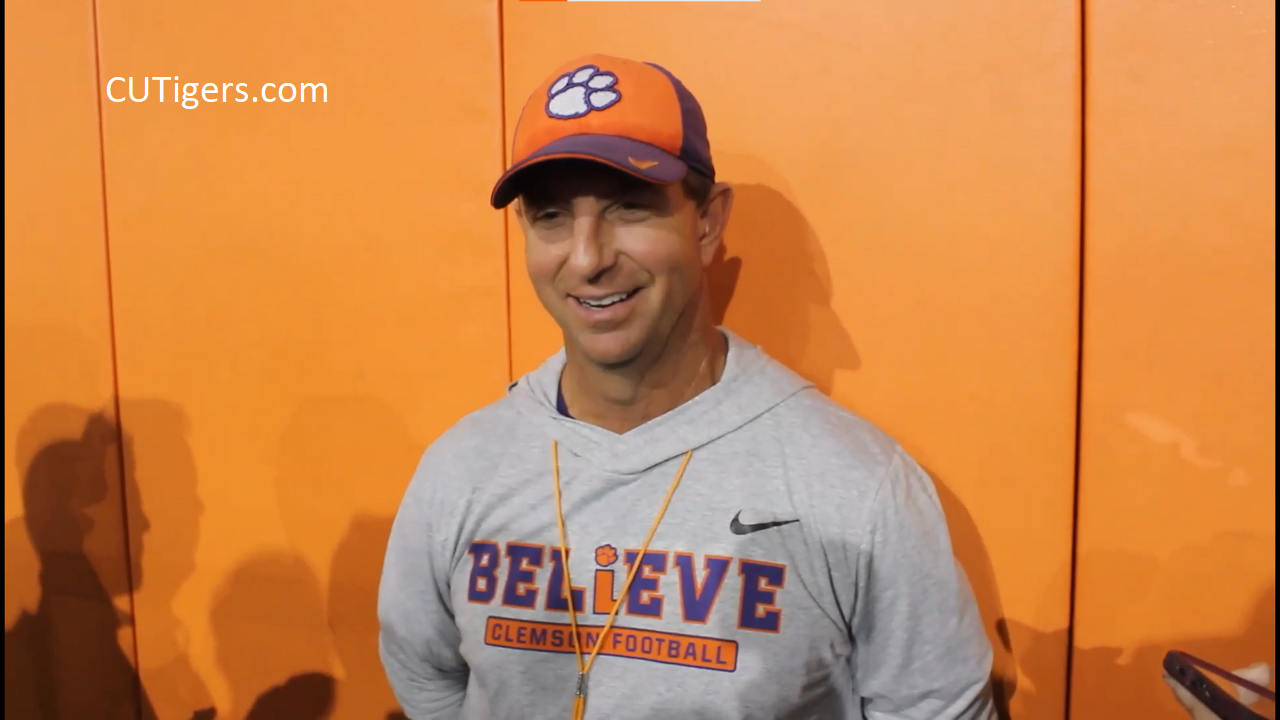 The Tigers had an indoor scrimmage today due to the rain, and we had some nice, long interviews with Dabo, Goodwin and Streeter. Pro Day is tomorrow morning, so there was a lot of buzz around today's practice. Brent Venables was there because I guess OU is on spring break, and Dabo said Steelers coach Mike Tomlin was already here.
Sounds like it was a pretty good scrimmage, and Dabo said both DJ and Cade performed great. Freshman WR Adam Randall continues to impress no only physically but with his play and attitude. Dabo put him in elite company today, saying he was in the same class with Sammy, Justyn and Beaux in terms of his readiness to make an instant impact. Wow! And that's ahead of guys like Nuk Hopkins and Mike Williams, who were very productive as freshmen.
Brinningstool is still out with the hip pointer, so that's the top 3 tight ends out right now. Senior Luke Price is back from his torn ACL, though, and both Dabo and Streeter told me that he's been a great leader at the tight end position. He's known as a blocker, but Streeter told me that he's very capable as a pass catcher as well. Highly touted freshman CB Jeadyn Lukus will have minor surgery on his shoulder in the morning and will obviously miss the rest of the spring, but he got several good practices under his belt.
The full interviews are below!
MORE CLEMSON BASEBALL, SOFTBALL AND FOOTBALL COVERAGE HERE