Nolan Turner was the big story at Clemson Pro Day this morning. The former All-American safety, who Dabo said was the best safety he ever coached, was not invited to the NFL Combine, but he really helped himself by running a 4.46 in the 40 with a 37.5 inch vertical jump! That was the fastest and highest of the group. Skalski’s vertical was 34 inches, which was higher than Justyn Ross’s 31.5 inches. The fact that Skalski jumped higher than Ross surprised me even more than Nolan. Skalski also bench pressed 225 pounds 26 times, which is an impressive number for a linebacker.
Ross didn’t have the greatest day, running a 4.64 in the 40, but I don’t think it will hurt him too much. He did have some nice catches in the passing drills. Other participants were Spector, Goodrich, Galloway, Rencher and Jack Maddox. Andrew Booth is a projected first rounder and participated in the NFL Combine, so he did not work out today, but he was here talking to coaches and scouts. Tajh was throwing passes in the drills along with Stoudt and Will Spiers because Palmer isn’t here anymore.
The official numbers are below, along with videos, photos and interviews!
CLICK HERE FOR OFFICIAL CLEMSON PRO DAY RESULTS 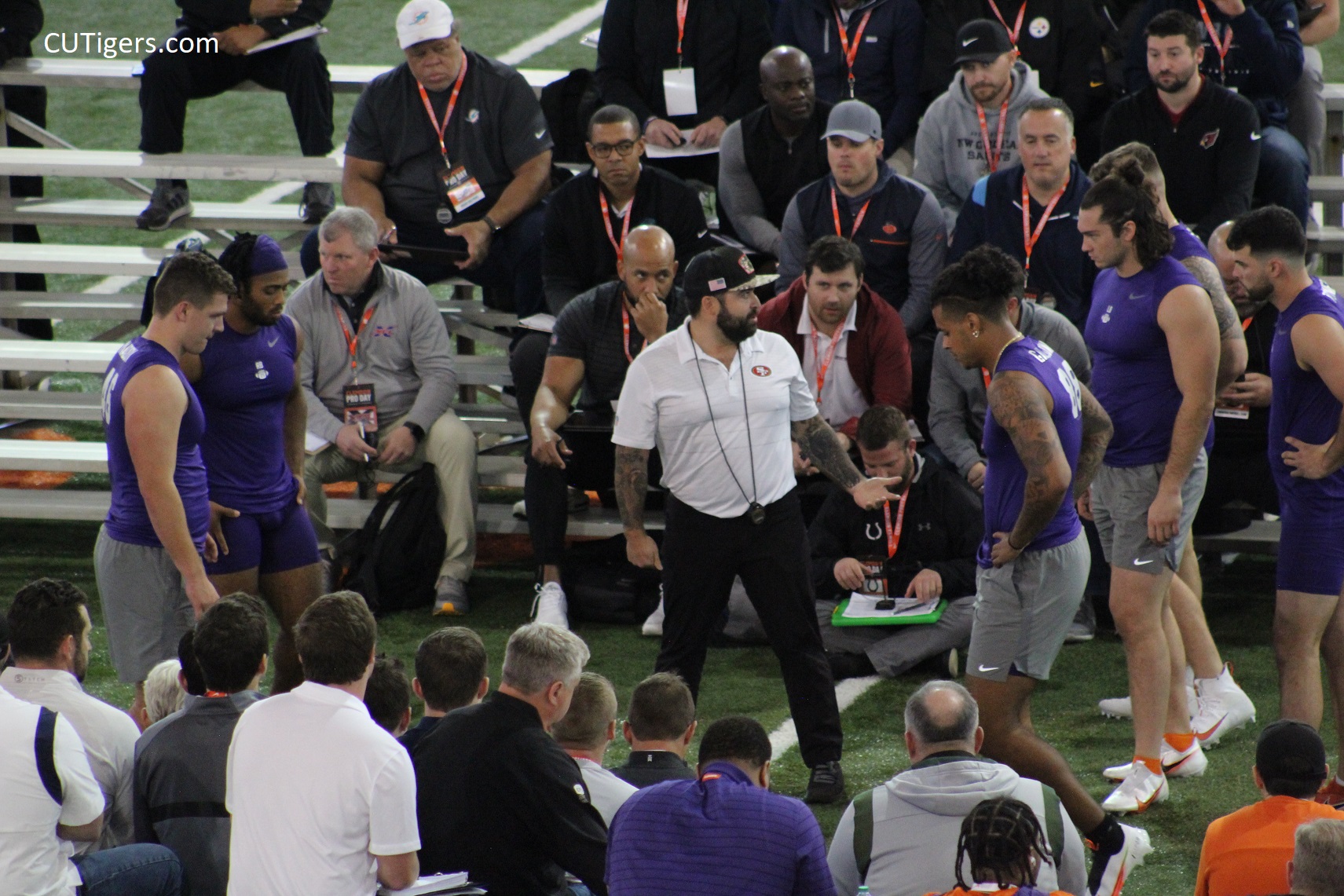 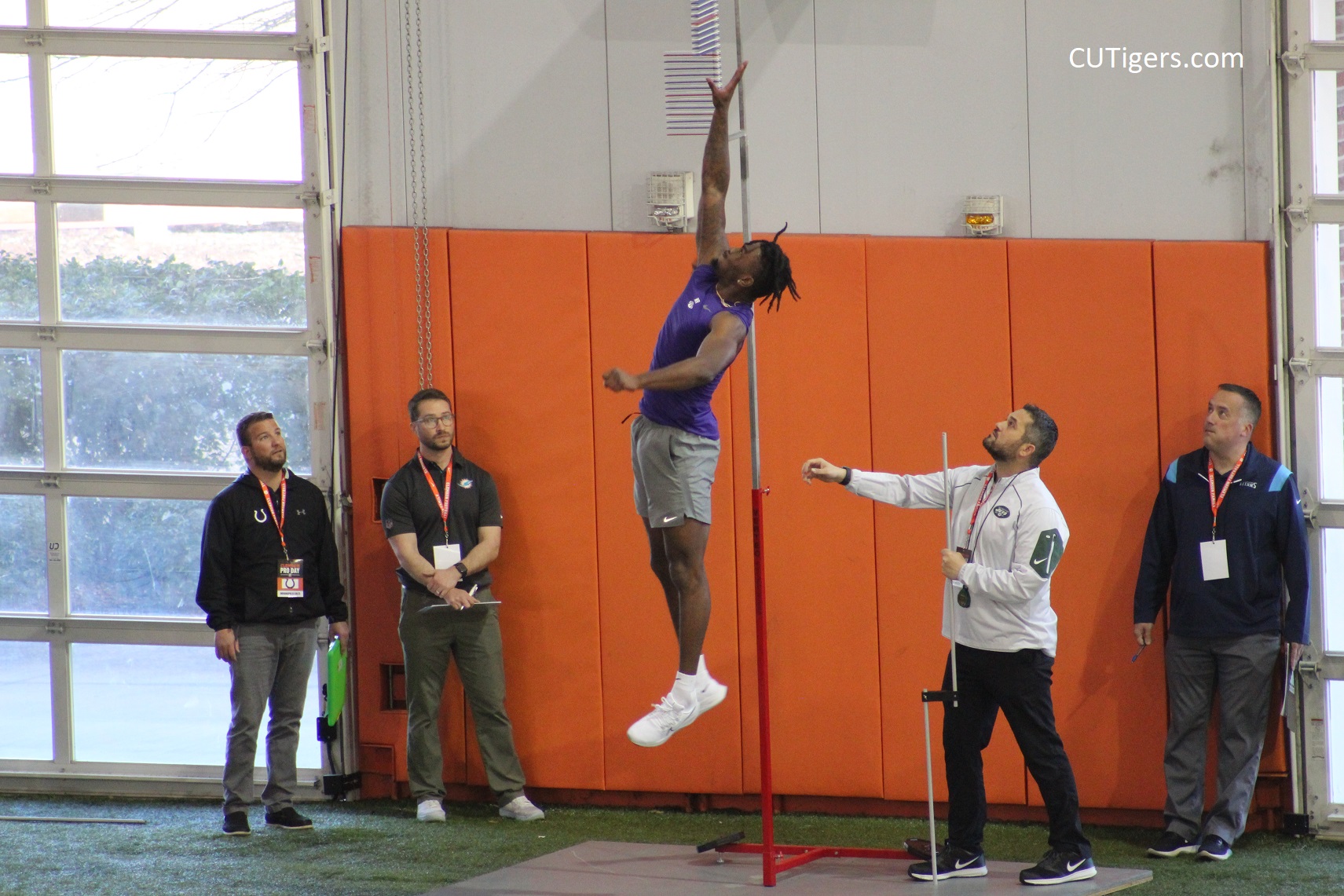 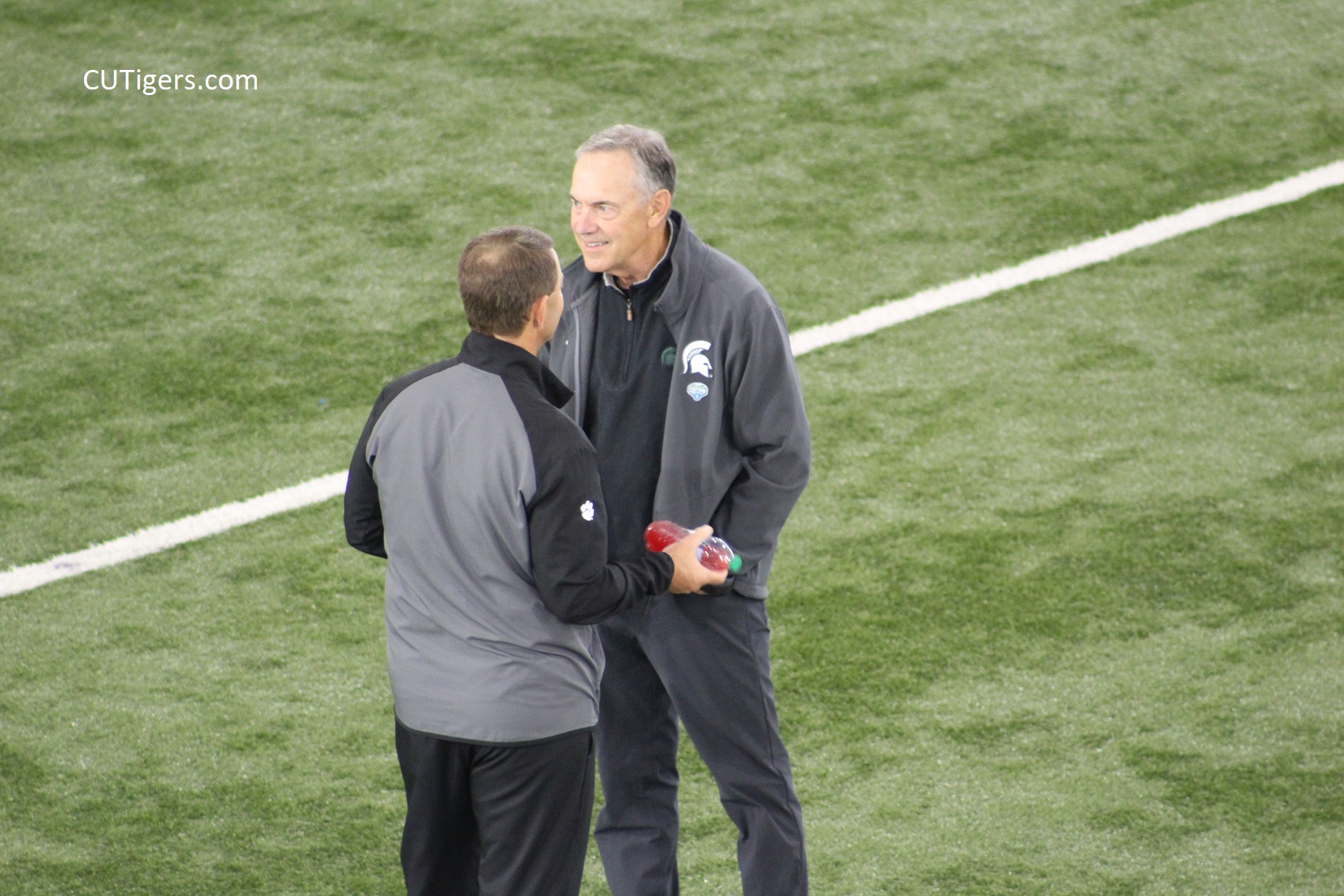 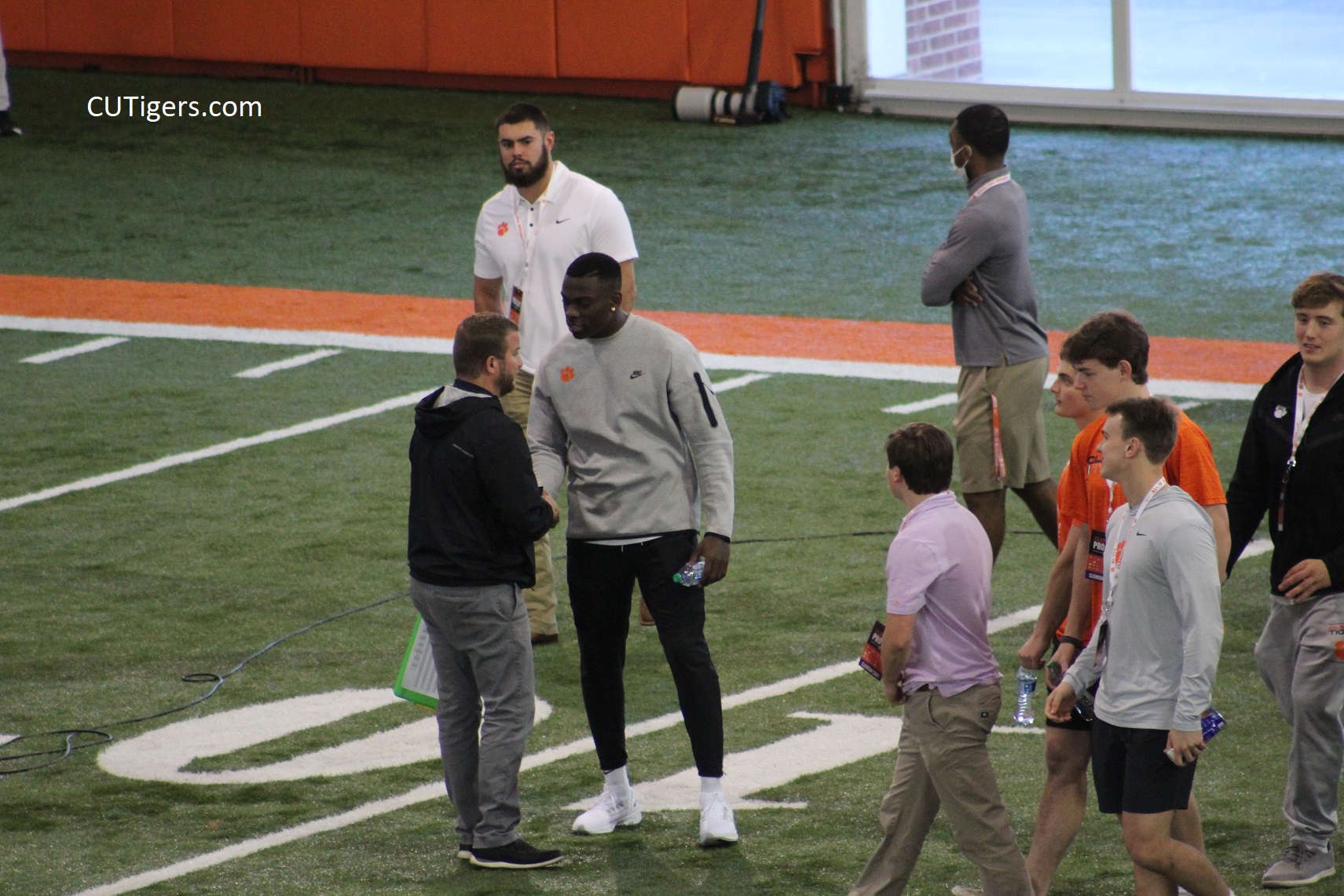 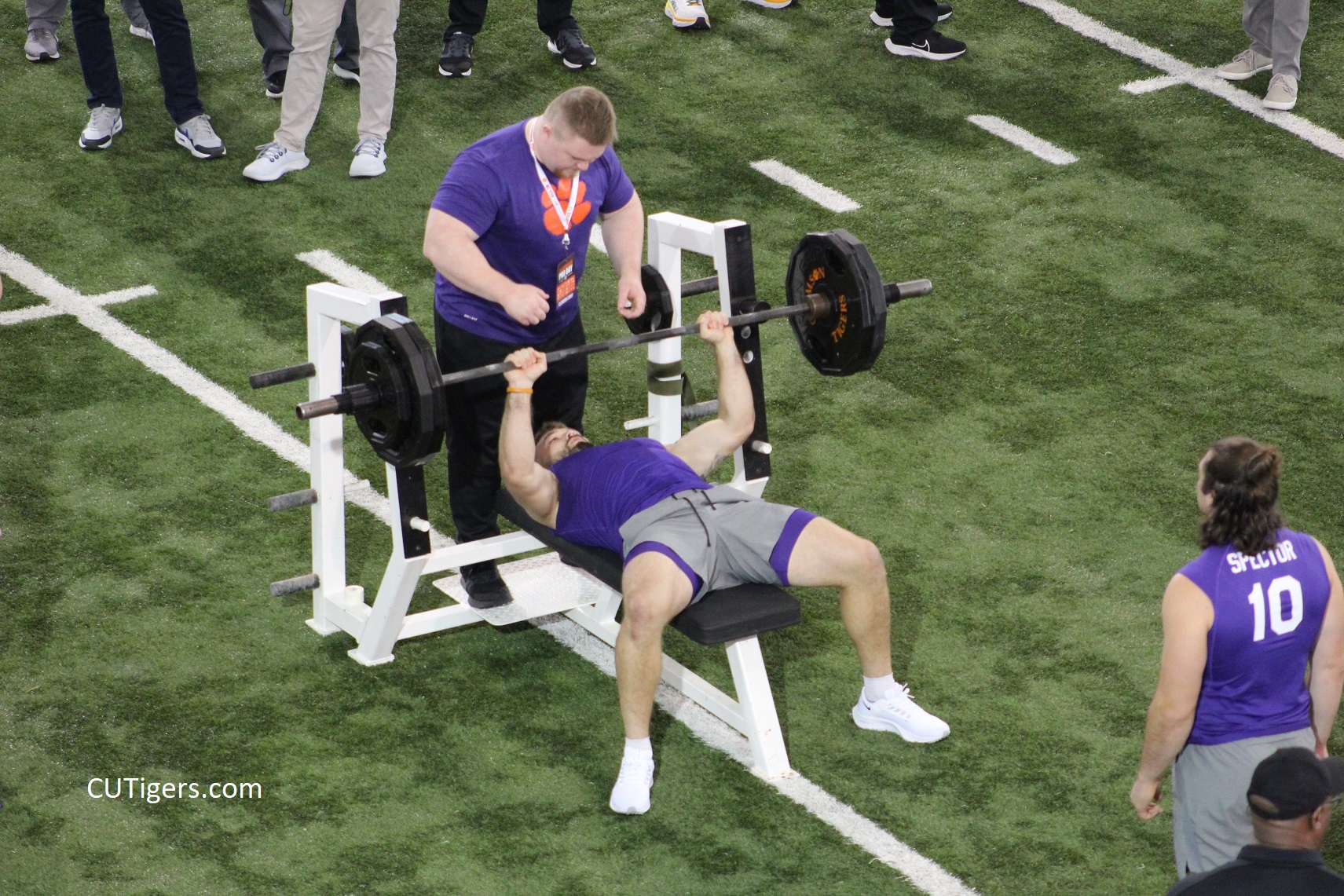 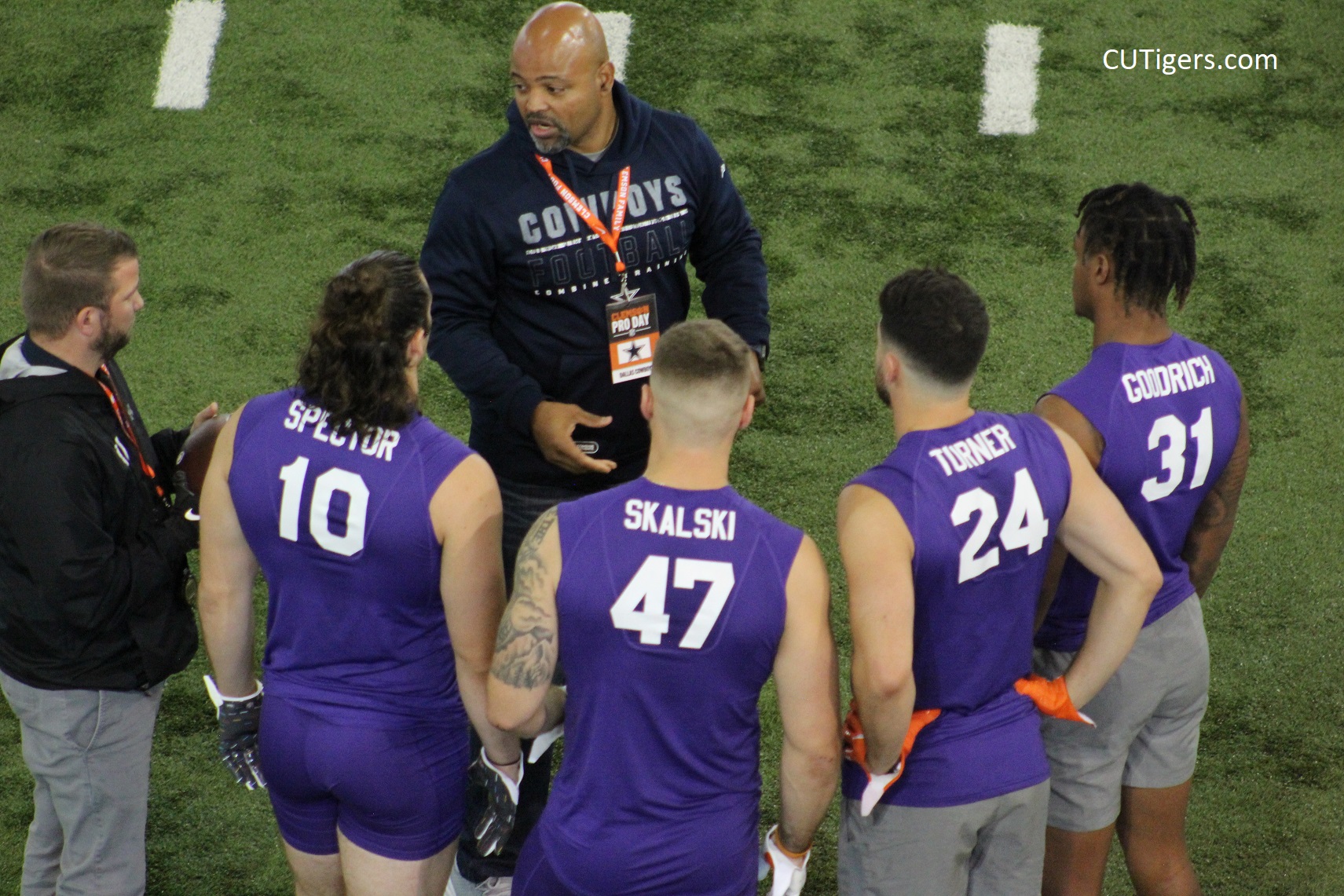 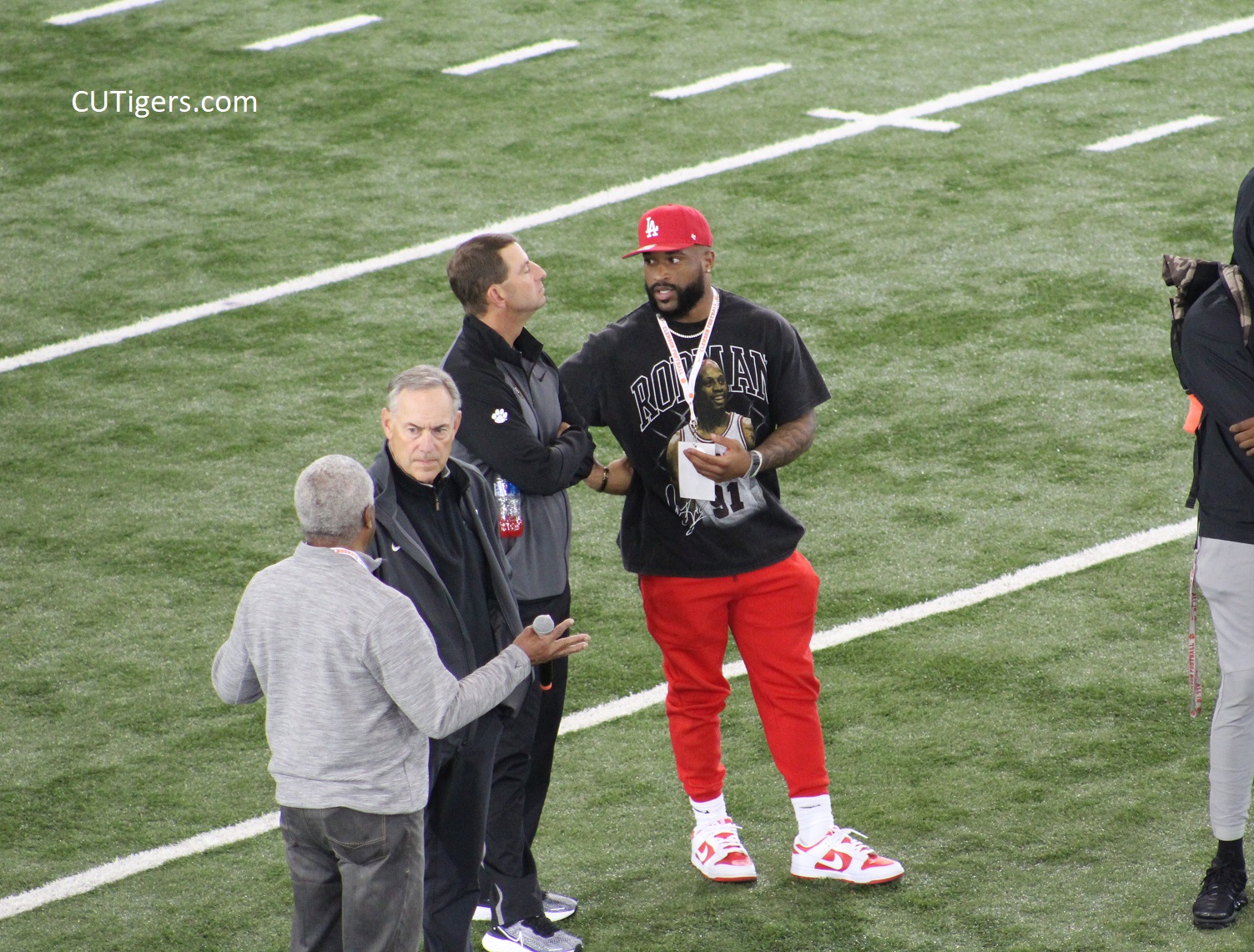 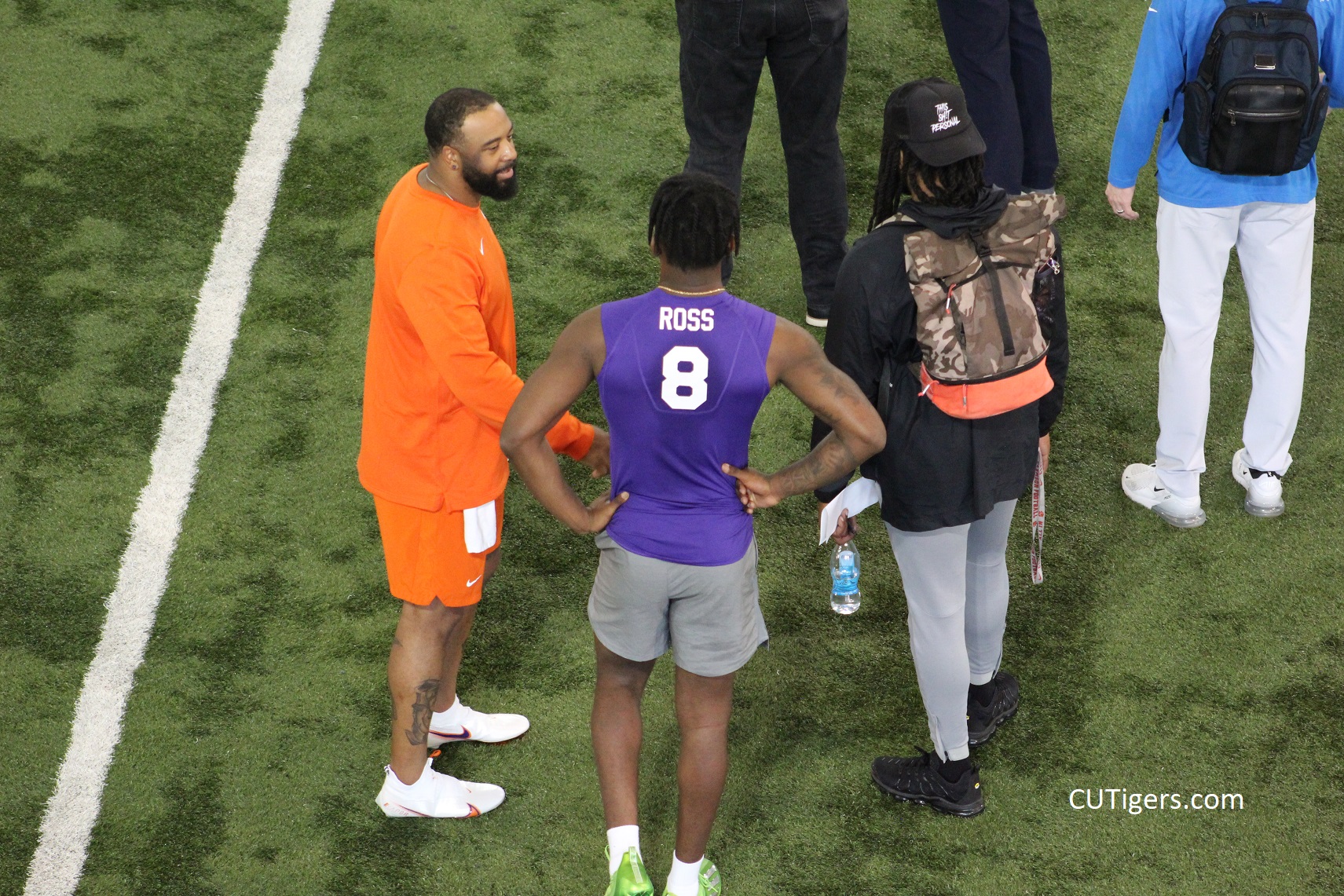 WR Will Taylor, who will be coming off rehab next month to join the baseball team 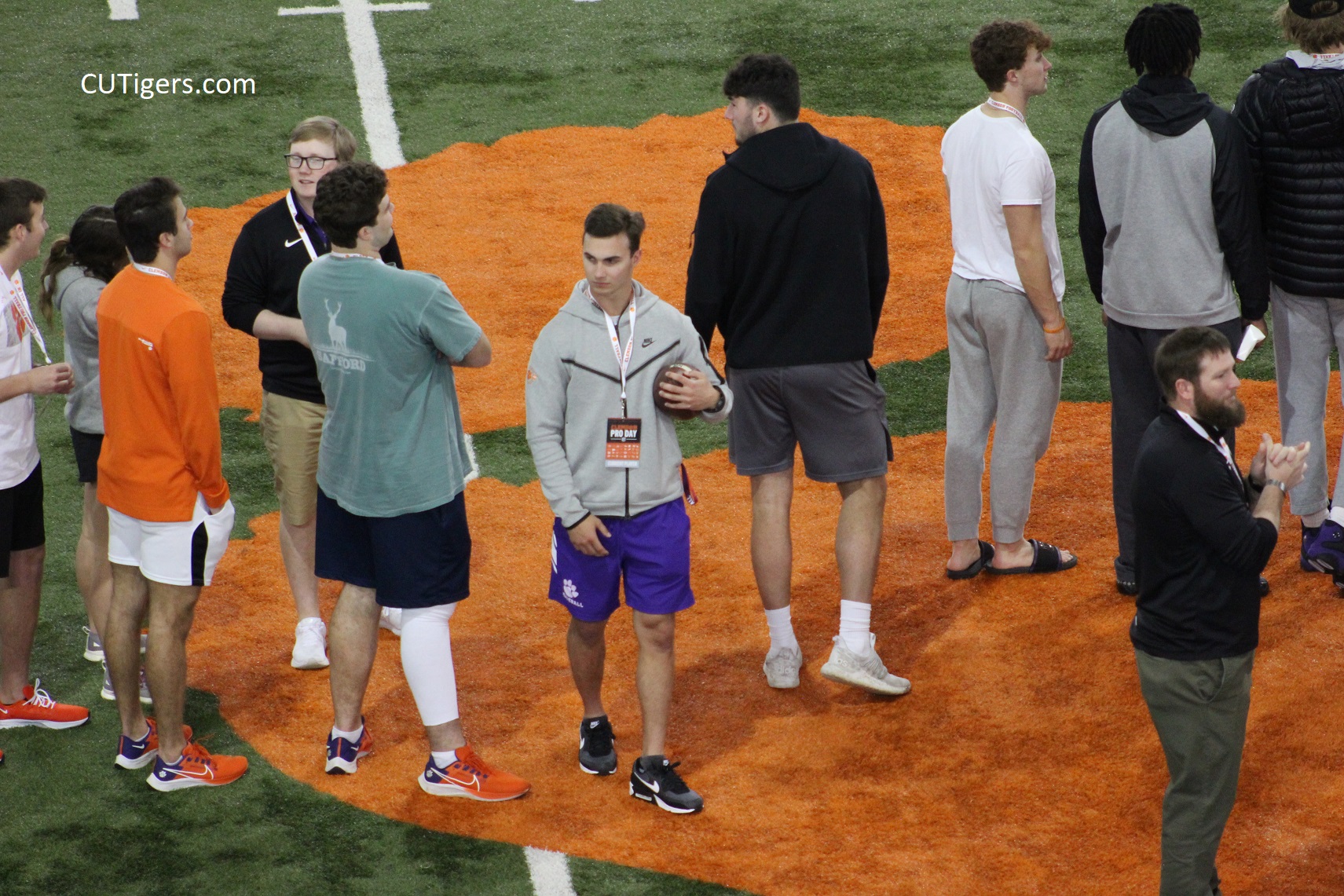 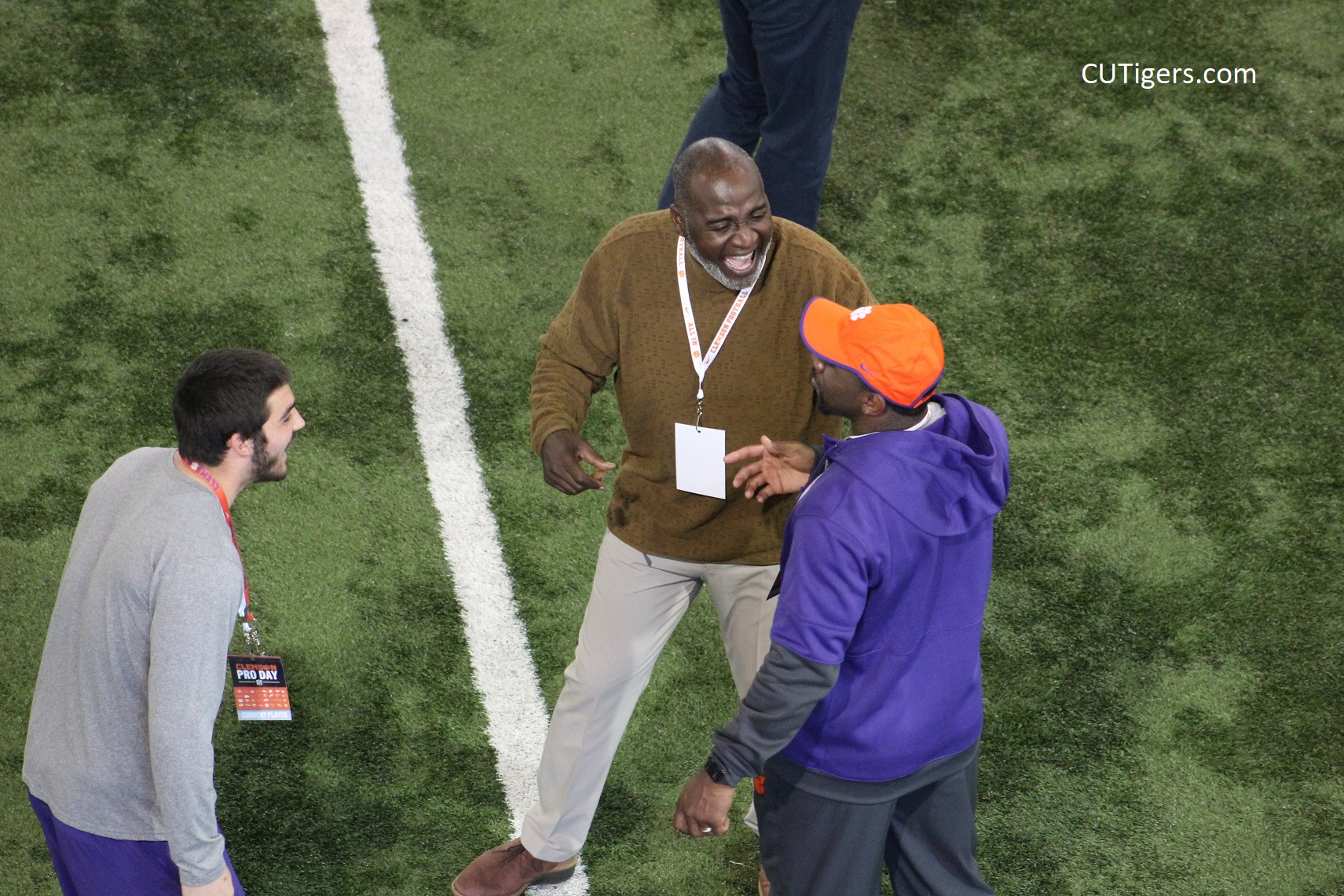