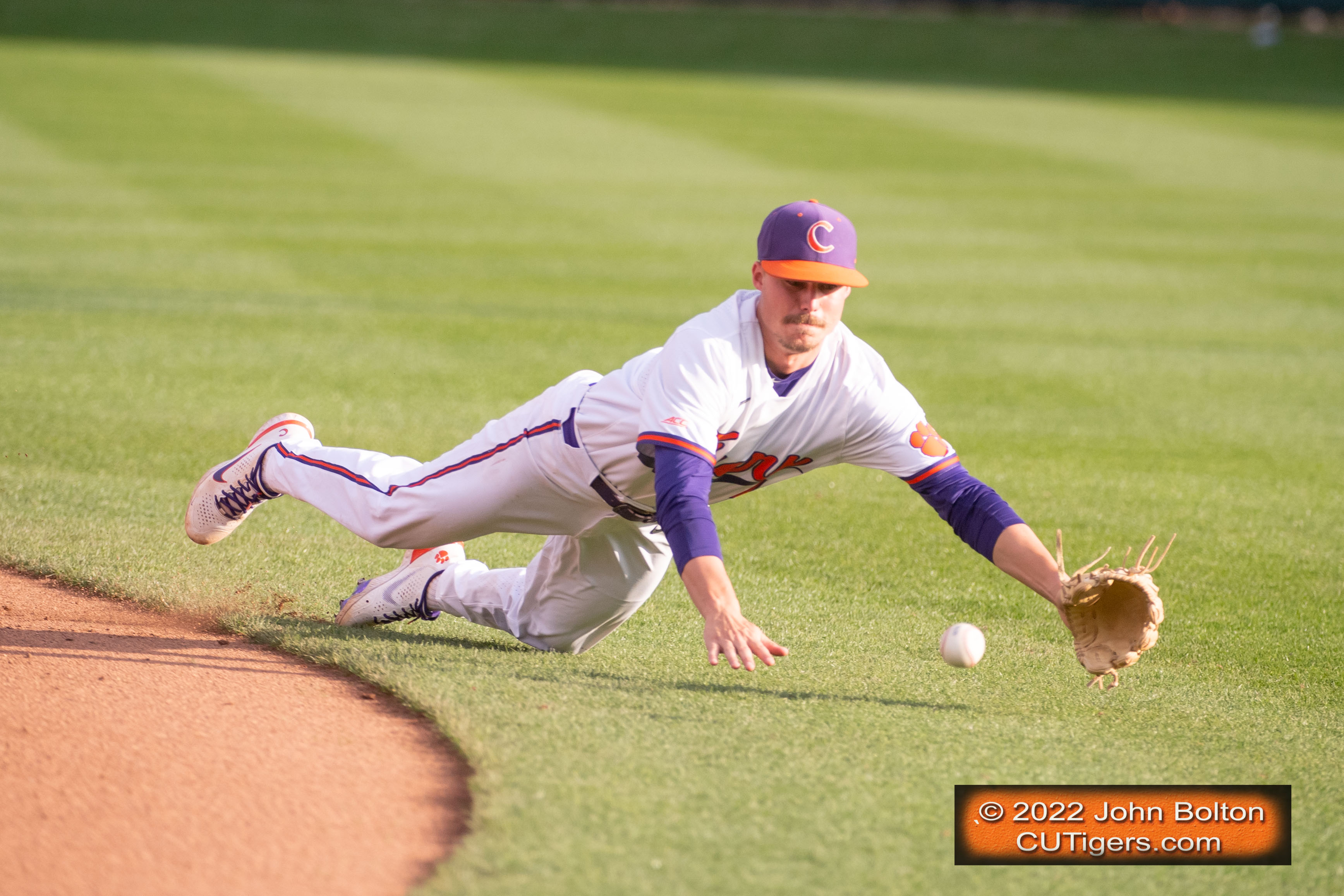 CLEMSON, SC - The Tigers were coming off an offensive explosion on Sunday, beating No.23 Miami 20-5 to avoid being swept at home in their first ACC series. The players are on Spring Break, so they hosted a pair of midweek games this week in Coastal Carolina on Tuesday and Winthrop on Wednesday.
The Tigers took one on the chin from the 2016 national champs on Tuesday, losing 16-7. Freshman Billy Barlow pitched well in his first few starts but didn't last long against Georgia State last week, and he didn't last long against Coastal either. Barlow gave up a leadoff single, hit the next batter, made an error, gave up a 2-run single, hit another batter and then walked a batter on 4 pitches to load the bases with no outs. Lindley came in from the pen and didn't fare much better. He gave up a sac fly, a 3-run HR and then 4 more runs to make it 10-0 before Dill came in from the pen to get the final out.
With a 10-spot in the 1st inning, the game was virtually over before it began, and it would only get worse from there. Dill did alright in the 2nd inning, but he gave up a pair of singles and a double to start the 3rd, making it 12-0. Tallent came in from the pen and gave up 3 more runs to make it 15-0! However, the Tigers kept fighting at the plate. They hit 5 HR's and actually outscored Coastal 7-1 after the 3rd, but the pitchers put them in too deep of a hole, and unfortunately, 4 of the homers were solo shots. Blackwell must like the leadoff spot because he hit a HR in consecutive games after not hitting any since the season opener. He was 2-4 with a walk. Ingle also homered, Wagner hit his team-leading 6th of the season and Brewer hit 2 HR's, giving him 4 on the season and 3 in the last 2 games.
The Tigers bounced back on Wednesday, nearly shutting out Winthrop for a 10-2 win. Freshman Ricky Williams made his first career start and got the win with 5 scoreless innings on the mound, giving up just 2 hits.
The Tigers jumped out to a 5-0 lead in the 2nd with a bases-loaded single by Corbitt, a 2-run double by Ingle and a sacrifice grounder by Hawkins. They added another run in the 4th on a bases-loaded sacrifice by Brewer, 2 more in the 5th and 2 in the 7th to give them a 10-0 lead. Unfortunately, Gilbert started the 8th and gave up a full-count walk and a 2-out HR to blow the shutout. He pitched one inning against Miami on Saturday after being out for 18 days.
Corbitt continued his hot hitting, going 3-4 with a walk and 2 RBI's, improving his average to .329. Ingle reached base all 5 times with a single, 4 walks and 2 RBI's. He is now batting .405 on the season. Hawkins reached base 3 times and also had 2 RBI's. Ironically, the Tigers didn't hit a HR but scored 3 more runs than they did on Tuesday with 5 HR's.
The Tigers improved to 16-5 on the season and will make their first ACC road trip this weekend at Pitt. Post-game comments are below!
MORE CLEMSON BASEBALL, SOFTBALL AND FOOTBALL COVERAGE HERE