Photo by Trevor Groves
CLEMSON, SC - The Lady Tigers beat the Gamecocks 6-0 in Columbia last season in the first-ever softball meeting between the two arch-rivals, and they were just as dominant in the first-ever meeting in Clemson on Wednesday night in front of a great crowd at McWhorter Stadium. The fireworks started early for the Tigers when Pereira led off with a walk followed by a double by Clark and a 3-run HR by Cagle, her 9th of the season. Cagle was also brilliant in the circle, pitching a complete game with 11 strikeouts. 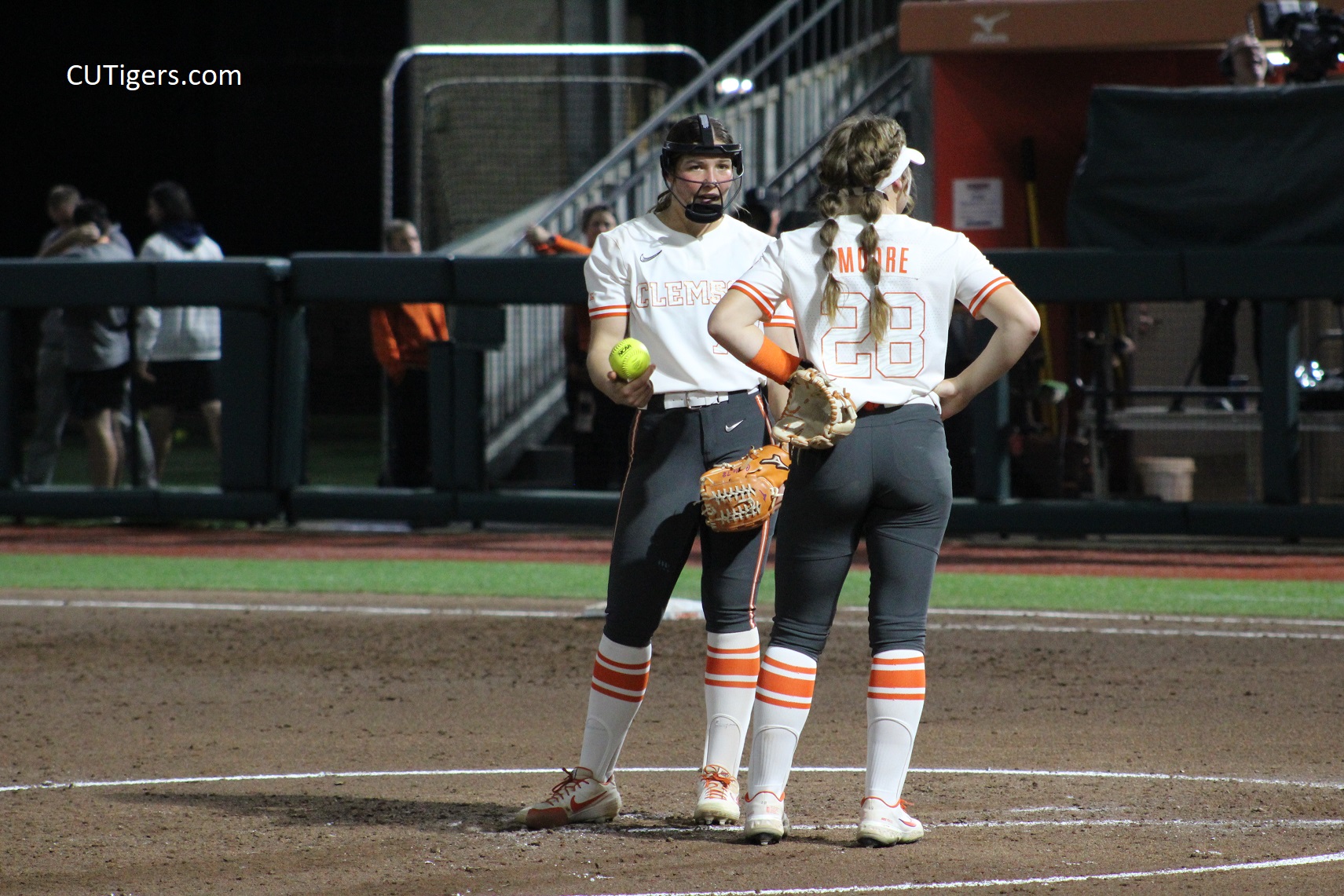 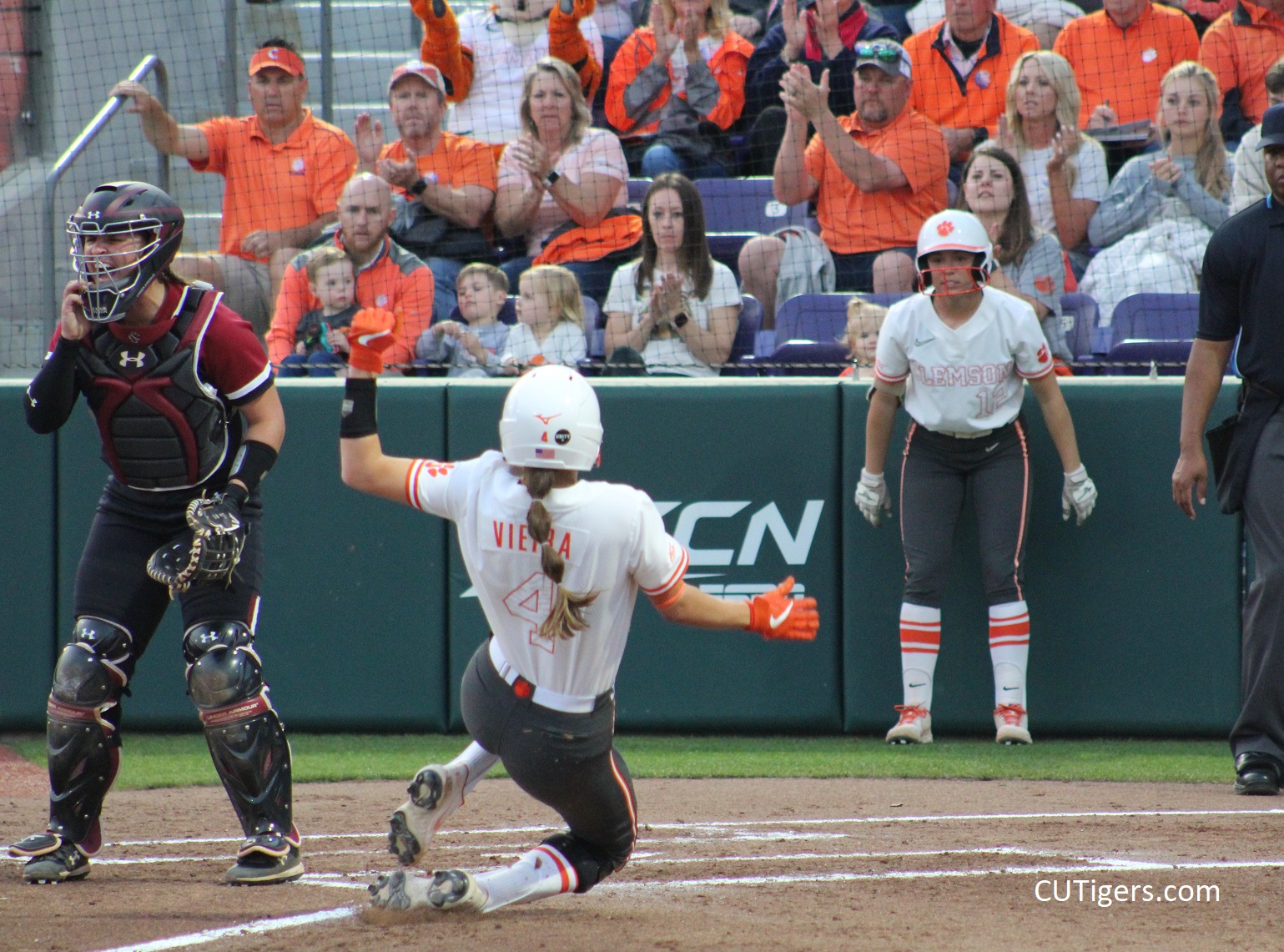 After jumping to a 5-0 lead in the 1st, the Tigers added another in the 2nd, and Logoleo homered in the 5th with her boyfriend, WR Beaux Collins, in the stands. TE Sage Ennis was also in attendance with Collins, and he got to see his girlfriend, Arielle Oda, score a run after pinch running and stealing a base. McKenzie Clark added an exclamation mark with a bomb in the 6th that left the stadium and still hasn't landed. She told me after the game that she tried to do her best Valerie Cagle impression as she watched the ball leave the park. Clark has been swinging a red-hot bat of late. She has 6 hits in the last 3 games, including 3 HR's and a double. She was 3-4 against the Gamecocks, lacking just a triple for the cycle. 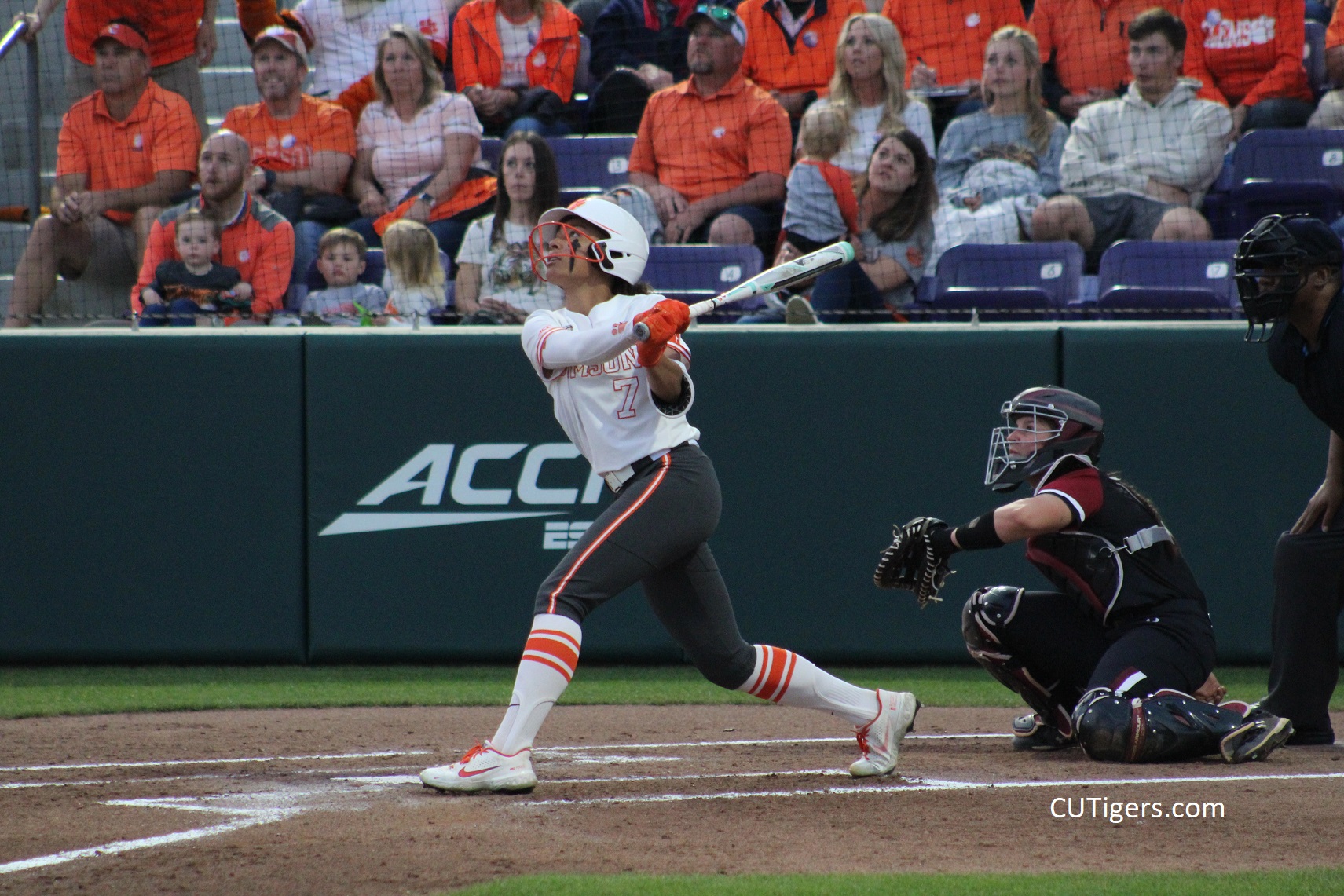 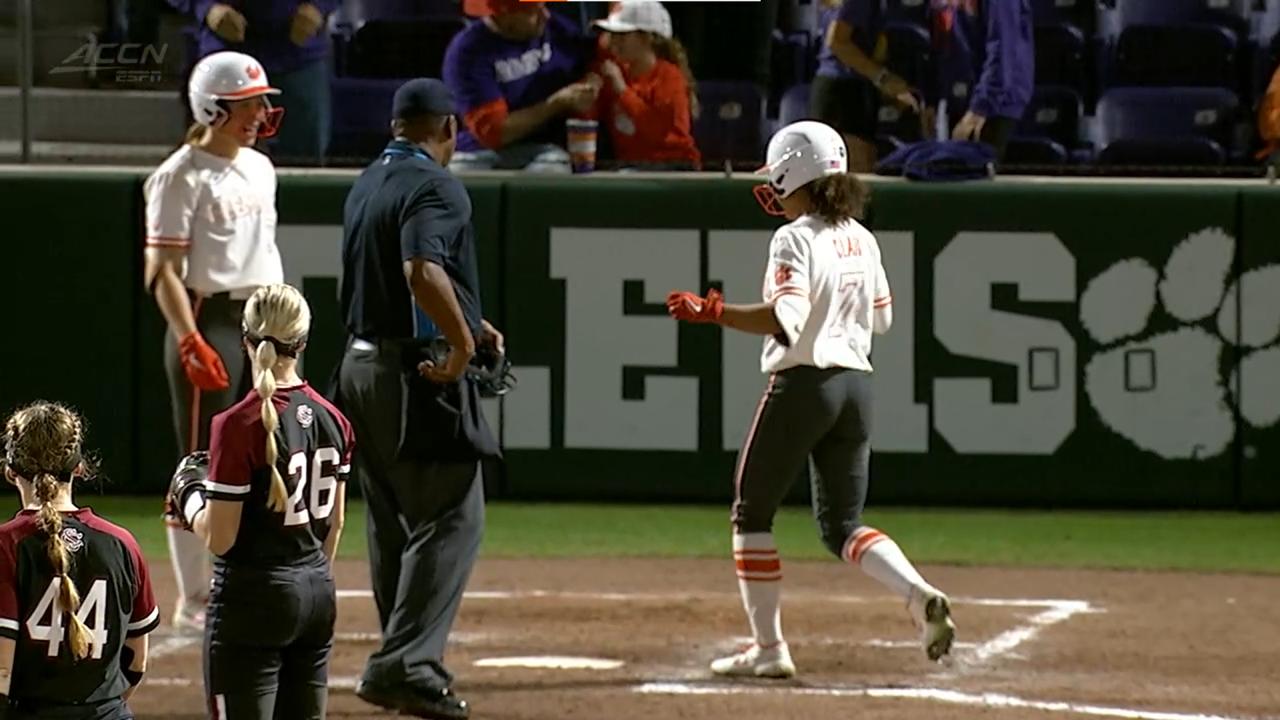 The Tigers rebounded nicely from their extra-inning loss to Louisville on Sunday that snapped an 8-game home win streak. They'll go to Chapel Hill next for their first ACC road trip this season, and it's an important series if they want to get back into the hunt to repeat as ACC regular season champs.
My exclusive post-game interviews with Rittman, Cagle and Clark are below!
MORE CLEMSON FOOTBALL, BASEBALL AND SOFTBALL COVERAGE HERE