CLEMSON, SC - The Bulldogs have had the Tigers' number over the last few years, winning the last 6 straight meetings, including the last 4 by one or two runs. I had the dubious honor of covering the historic 20-inning game in Athens in 2019 when the Tigers blew a lead thanks to a late-inning error, and they went on to lose the longest game ever for either program. The Tigers hadn't beaten UGA since wining both games in 2017, and this border rivalry means a lot in recruiting. So this wasn't your typical somewhat meaningless midweek game! 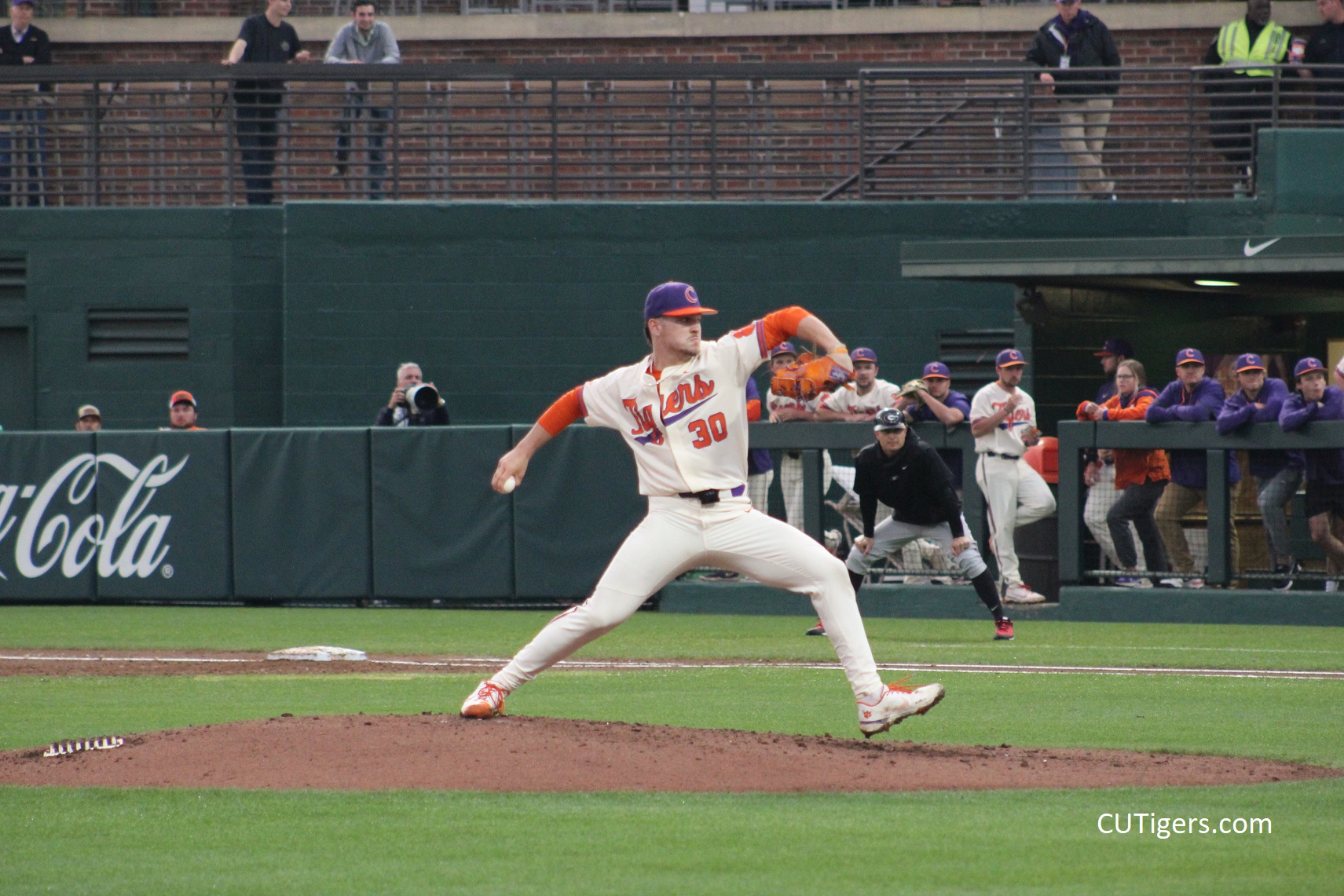 It didn't look like they would get the game in because of heavy rain all day, but it cleared up just in time! Freshman Billy Barlow gave up a 2-out HR in the 1st, but the Tigers answered right away with back-to-back solo homers by Ingle and red-hot Wright, who has homered in 3 straight games. The Tigers had bases loaded with no outs in the 2nd but squandered the opportunity thanks to a fly by Brewer on full count and a double play by Blackwell. However, they added an insurance run on a sac fly by Wagner after a double by Wright. The Tigers made it 4-1 when Wagner led off the 6th with his team-leading 8th HR of the season. Unfortunately, all 3 of the Tigers' homers were solo shots because Georgia would put the pressure on. After allowing just the one run and 3 hits in 5 innings, Monte replaced Barlow with Gilbert, who has been inconsistent this season. He gave up a one-out double and a 2-out HR in the 7th to make it 4-3. The Tigers' pitchers have been getting killed with 2 outs lately. All 3 of the Bulldogs' runs came with 2 outs, and 12 of the last 17 runs allowed by the Tigers have come with 2 outs. It was a big story in their 2 losses to NC State over the weekend. However, give Gilbert credit for getting out of the 7th and holding Georgia scoreless in the 8th. Closer Ryan Ammons came in to pitch the 9th and picked up his 5th save of the season in 1-2-3 fashion. 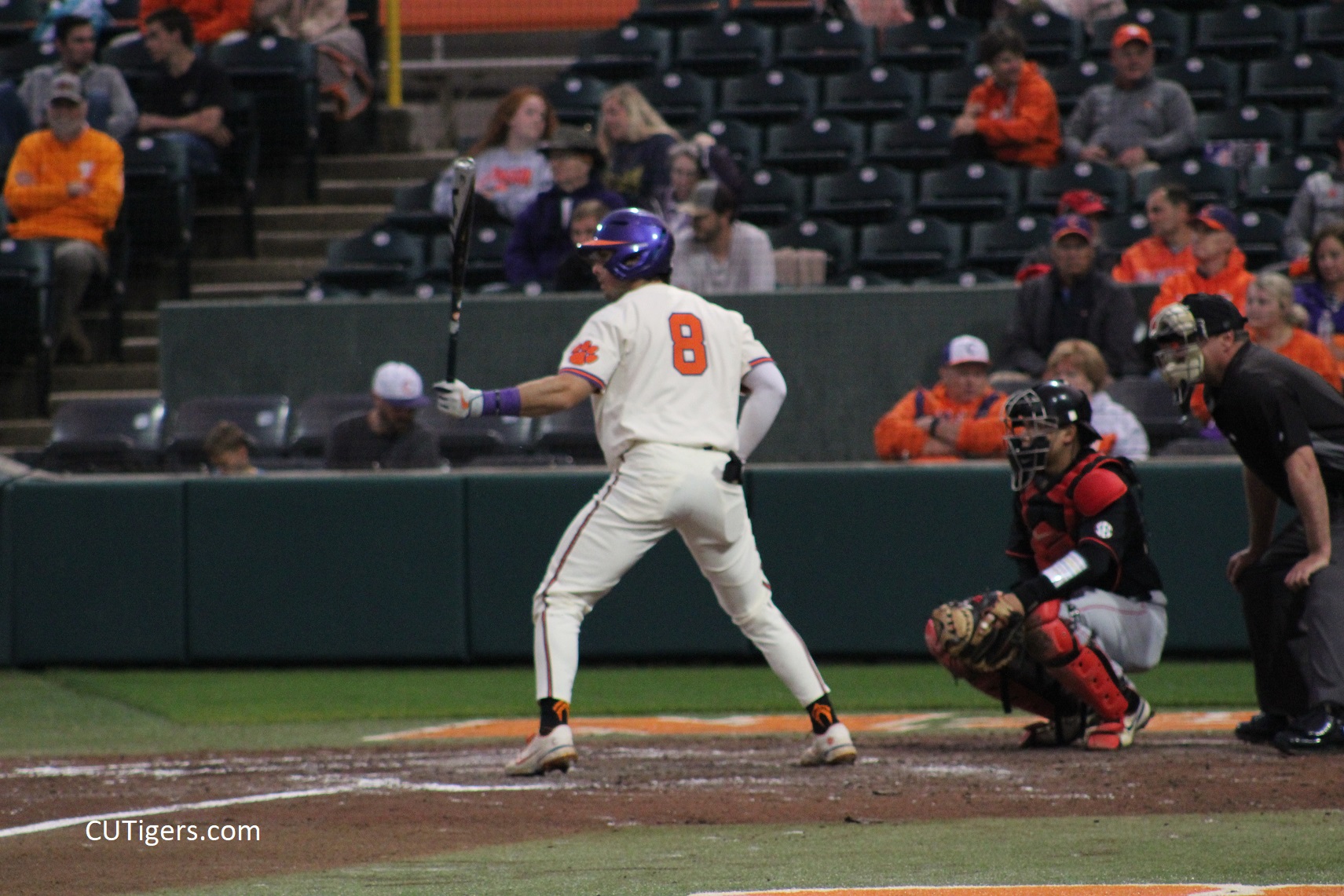 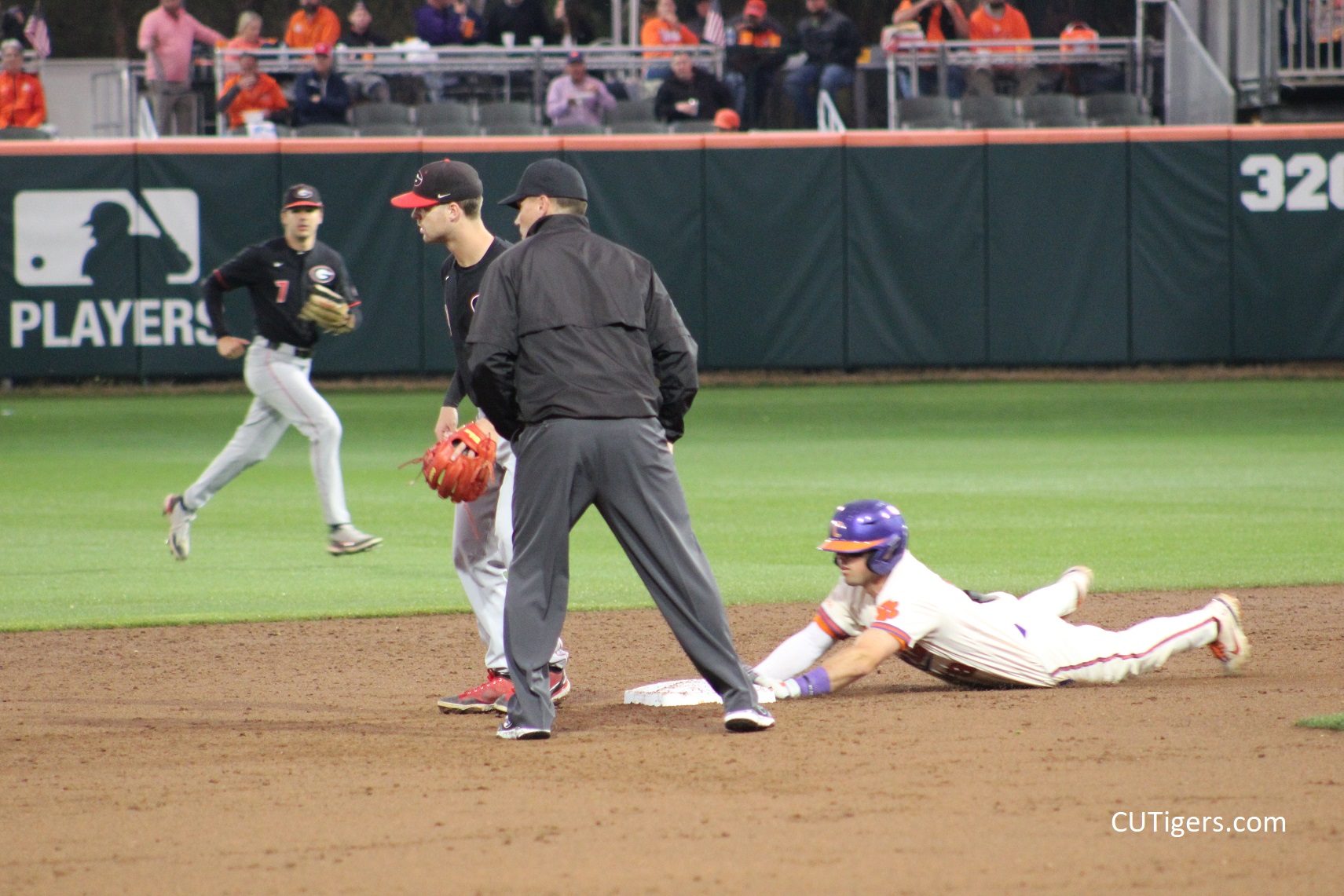 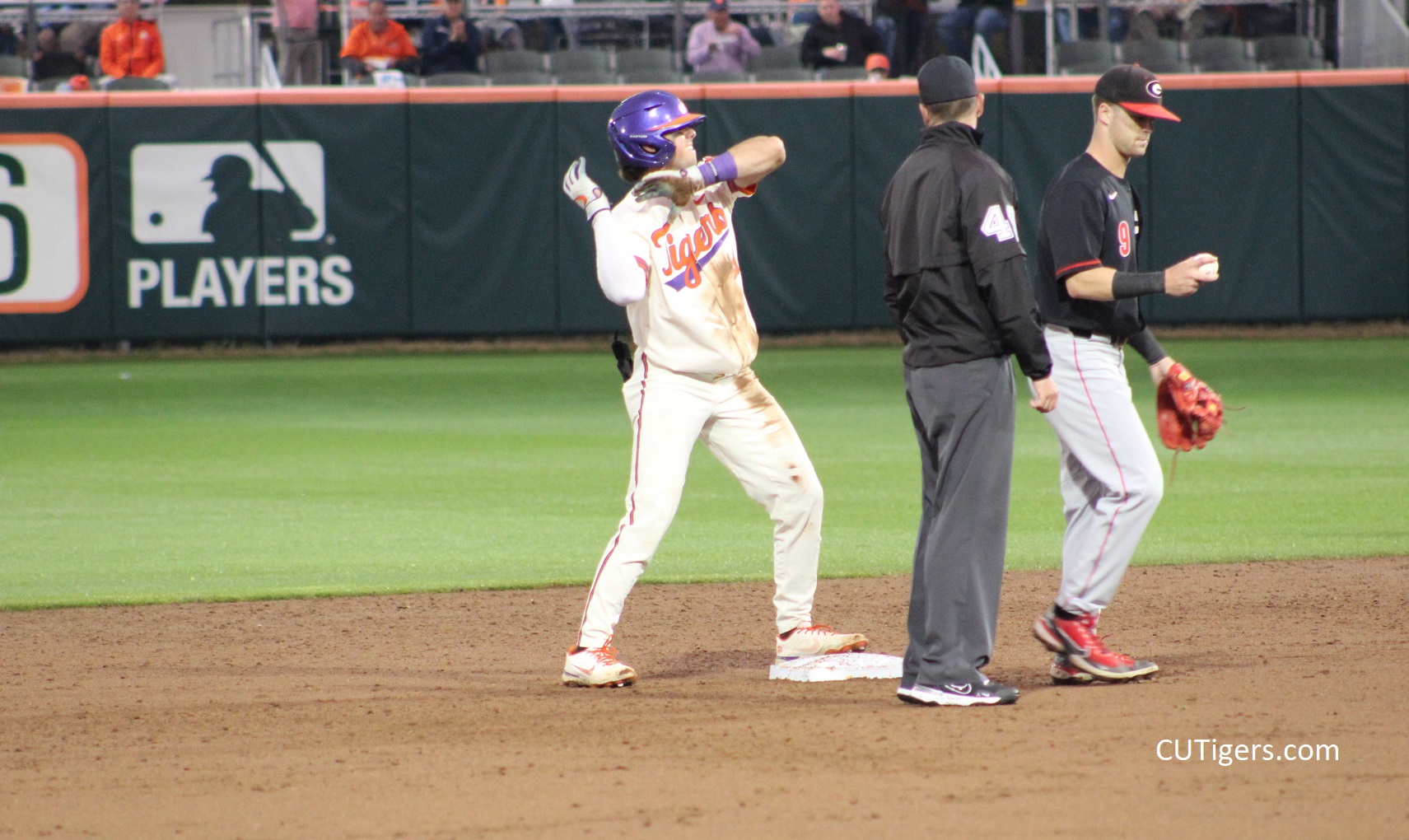 Blake Wright has emerged as a big story for the Tigers. After going 10-18 with 3 HR's, 6 RBI's, a double and a walk over the last 4 games, he is now hitting .319 on the season. He has 6 HR's in just 47 at bats, so he's averaging better than one HR every 8 at bats! The Tigers continue their brutal schedule this weekend as they travel to No.14 Notre Dame, which has the No.1 fielding percentage in the nation. It's supposed to be cold up there in South Bend this weekend too, so advantage Irish. The Tigers might have the most difficult schedule in the nation when you consider that they will have played 6 series against ranked ACC teams, including 3 in the top 10, plus two more series against Tech and Wake, which are unranked in the polls but both top 12 in the RPI! Then, of course, they've got 2 games against No.10 UGA and 3 games against the Gamecocks, including 2 in Columbia. Ouch! Another way to look at it, though, is that it presents plenty of opportunities for big wins, so if the Tigers can catch fire, they will shoot up the rankings in a hurry. They are now 19-9 overall and 2-6 in ACC play. I'll have live updates this weekend at the link below! 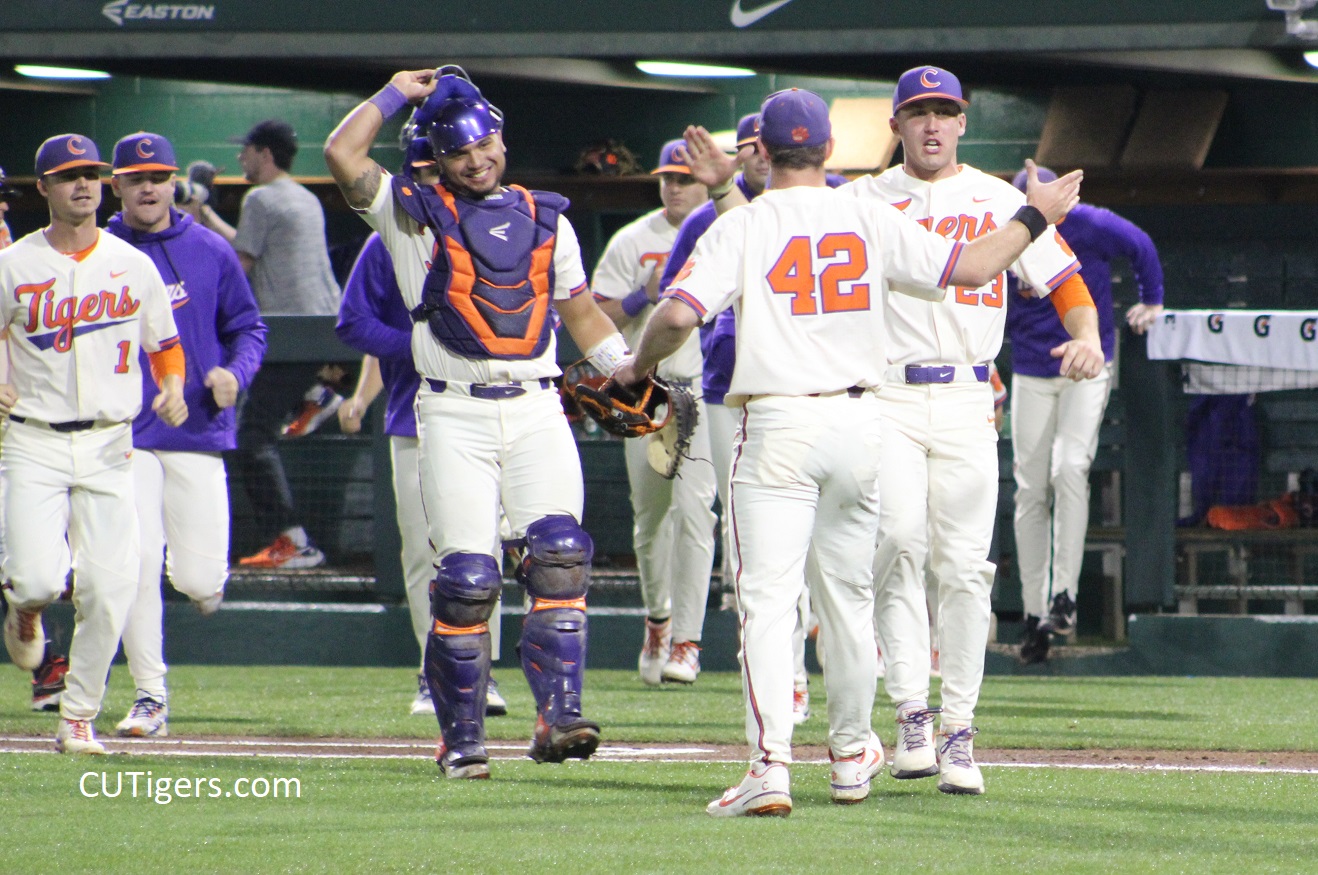