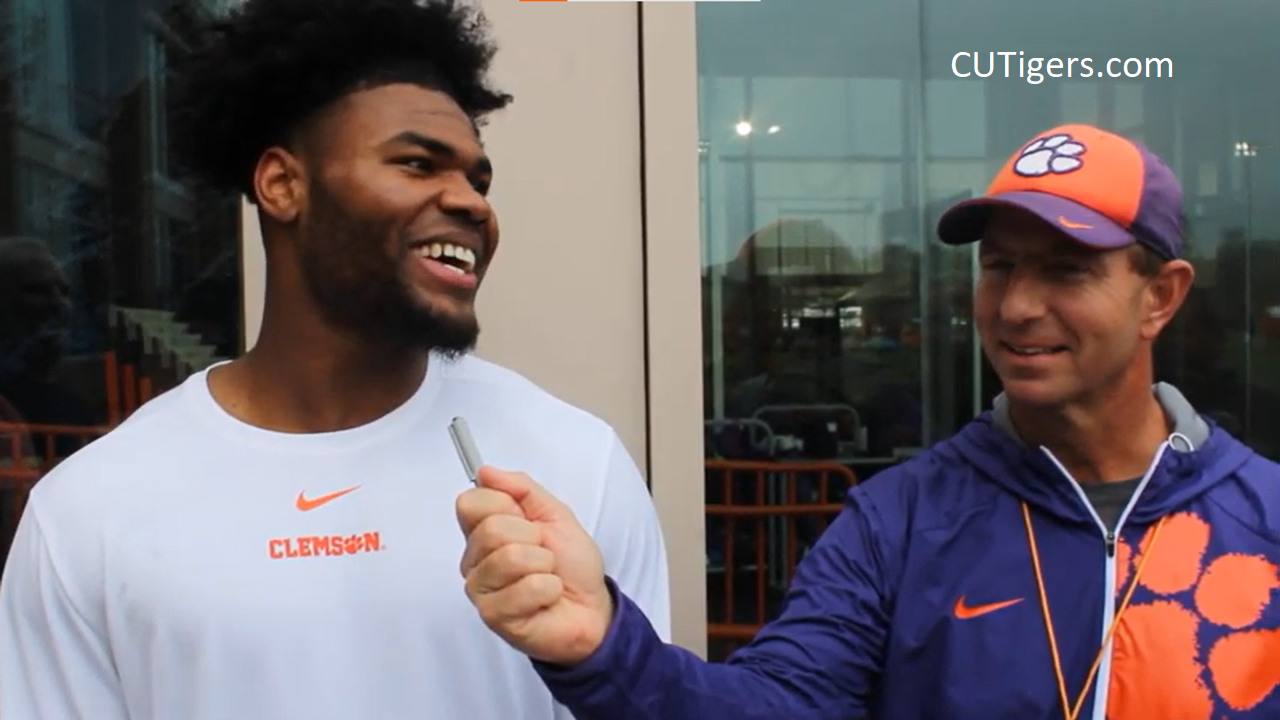 We just wrapped up interviews with Trenton Simpson and Dabo, who was in good spirits and played the role of interviewer with Simpson. I asked Dabo if there has been any separation between BT and Aidan at punter, and he said that is the one question mark that has not been answered this spring. He still doesn't know who the starting punter will be at this point. Dabo also said that Beaux Collins will NOT play on Saturday even though he is listed as playing on the Orange roster. He tweaked his hammy last week. The only main receivers that will play are Ngata, Dacari Collins, Spector and Stellato. Tight ends Davis Allen and Sage Ennis are also out, and of course, Mafah is the only scholarship RB that will play. Christian Wilkins and Austin Bryant will be honorary captains. Dabo joked that if Wilkins loses on Saturday, he will have more losses in the spring game than he had in his college career. Lol That's nuts!
The full interviews are below!
MORE CLEMSON FOOTBALL, BASEBALL AND SOFTBALL COVERAGE HERE