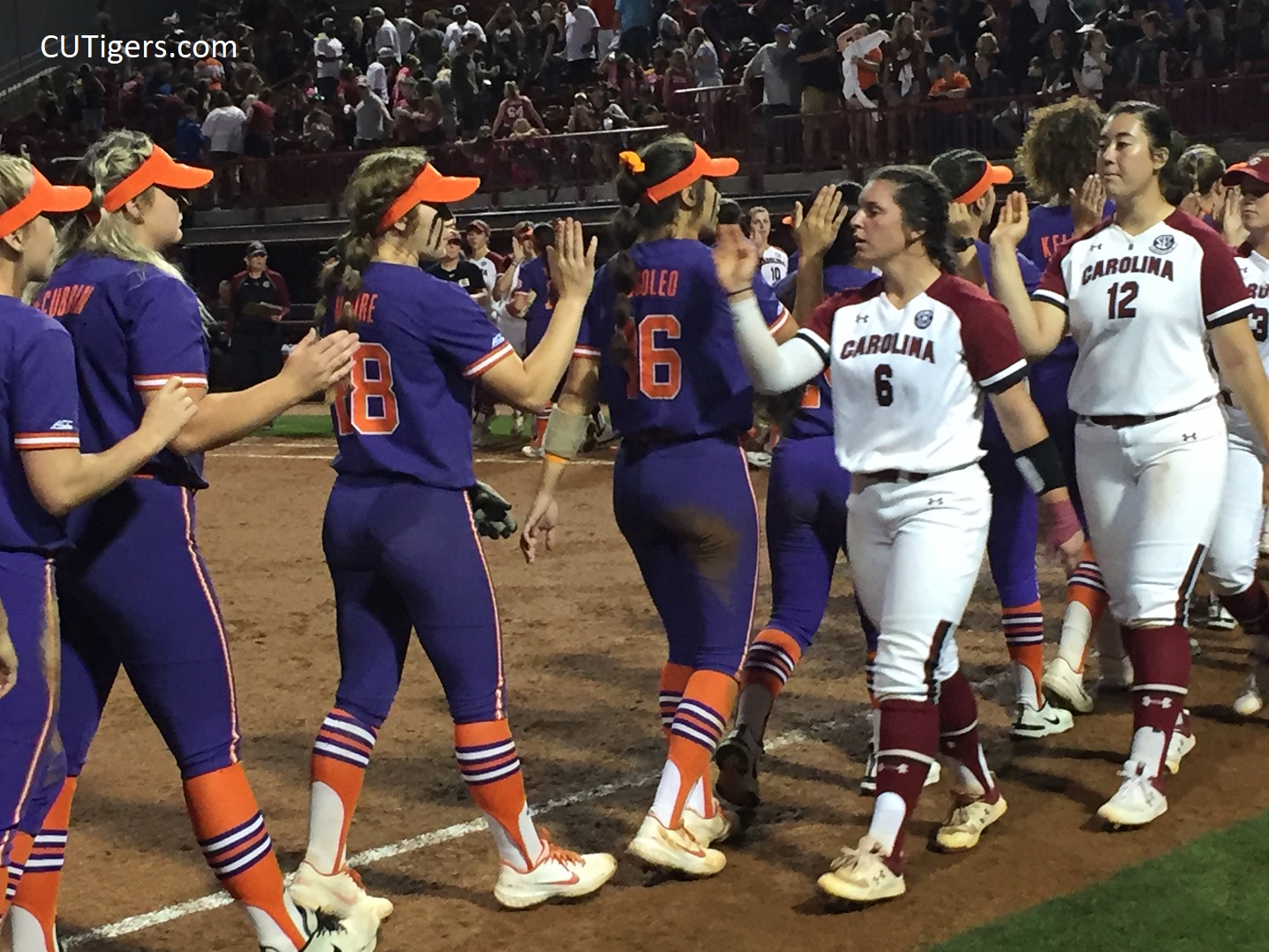 COLUMBIA, SC - The Lady Tigers dominated the Gamecocks in the first two historic meetings of the two rivals by a combined score of 14-1, including an 8-1 win in Clemson a couple weeks ago. However, Tuesday night's game would be much tighter on a balmy evening in Columbia after temperatures reached the low 80's.
It was a pitchers' duel through early, with a scoreless tie through the first 4 innings. However, the Tigers broke through with a big 2-out rally in the 5th. After Logoleo and Vieira led off the inning with singles, the Tigers caught a bad break on a line drive by Taylor to 1st, which resulted in a double play. It looked like that might have killed the Tigers' inning, but the Tigers would get a break in return. A hard-hit grounder to 1st by Moore was ruled and error, and the Tigers took a 1-0 lead. Leadoff batter Cammy Pereira followed that up with a run-scoring triple, and Clark singled to drive her in and make it 3-0. Cagle singled as well to give the Tigers runners at the corners, but Guimbarda fouled out to end the inning. 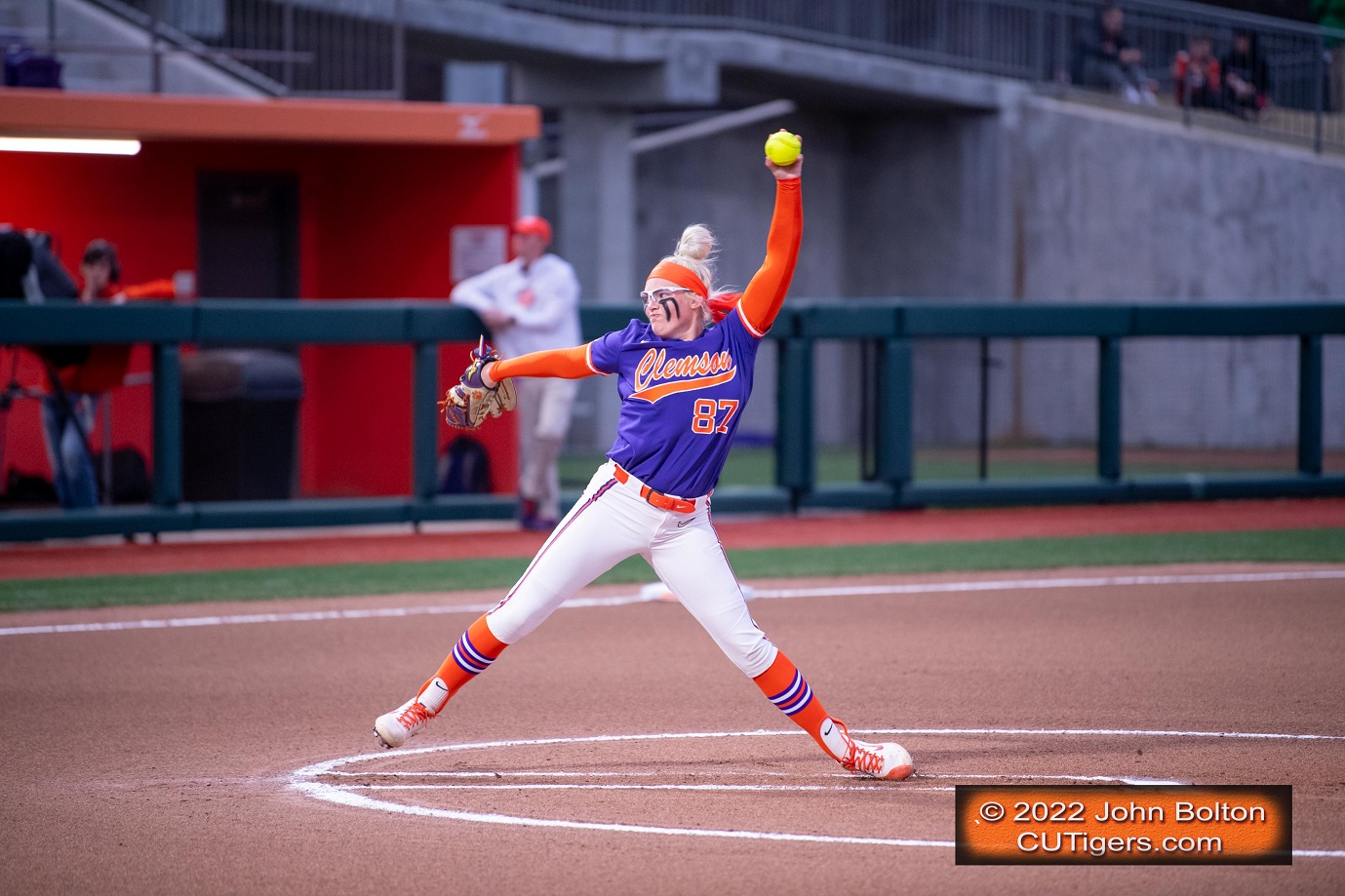 Sophomore Millie Thompson was once again superb in the circle, allowing just one hit and two base runners with 7 K's through the first 6 innings. She took the 3-0 lead into the 7th, but a lucky bloop double that landed just inside the 1st base line put the Gamecocks' leadoff batter on 2nd. After the next batter singled to bring the tying run to the plate with no outs, Rittman decided to bring Valerie Cagle in to close the game. She got the first two outs with no problem on a weak come-backer and a strikeout. But things got interesting after catcher Aby Vieira dropped the would-be final out on a foul pop-up behind the plate. That same batter hit a grounder to short, and Logoleo's throw was not in time to get the runner. That gave the Gamecocks their first run of the game. Cagle walked the next batter to load the bases and put the tying run on 2nd with the winning run on 1st. However, Cagle came up with a clutch strikeout to end the game in dramatic fashion. 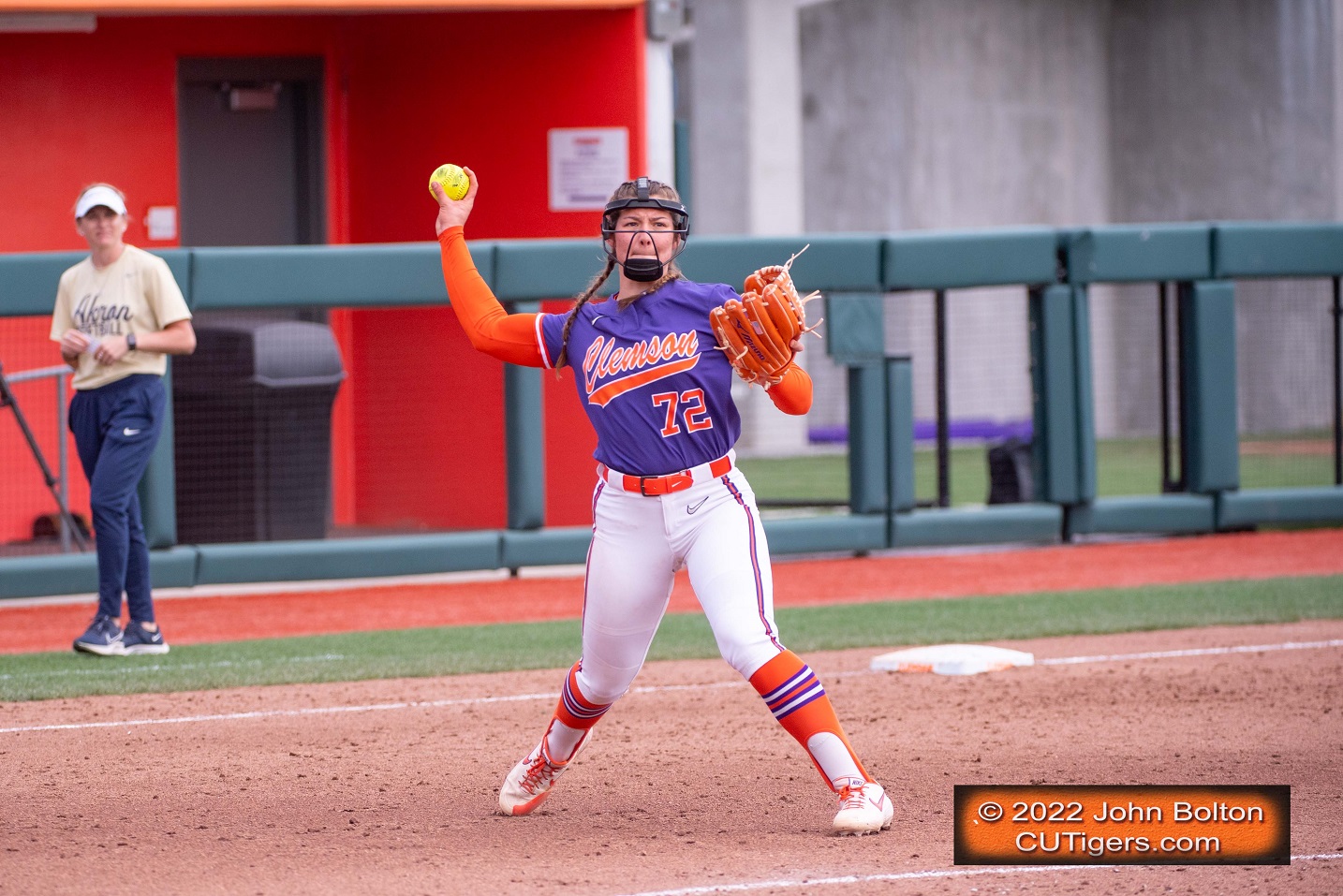 The Tigers have won all 3 meetings with the Gamecocks, going back to last season, allowing just 2 runs. They are 3-1 against the SEC and led most of the game at Georgia. The Tigers host a ranked Notre Dame team this weekend before their monster series at FSU, which will be their first-ever meeting with the Seminoles.
My exclusive post-game interview with John Rittman is below! 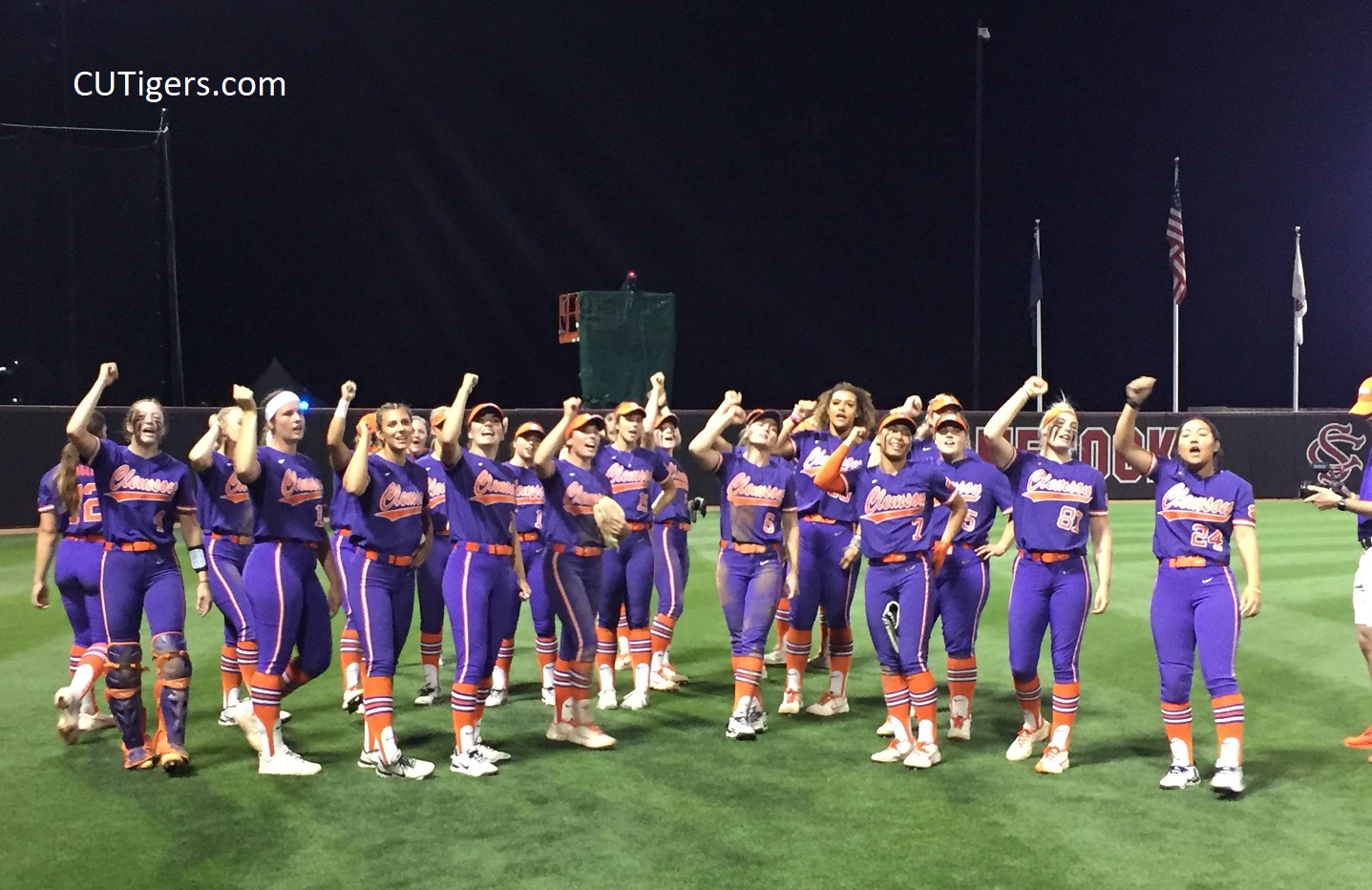