CLEMSON WINS 8-4 IN ATHENS FOR SEASON SWEEP OF NO.10 UGA 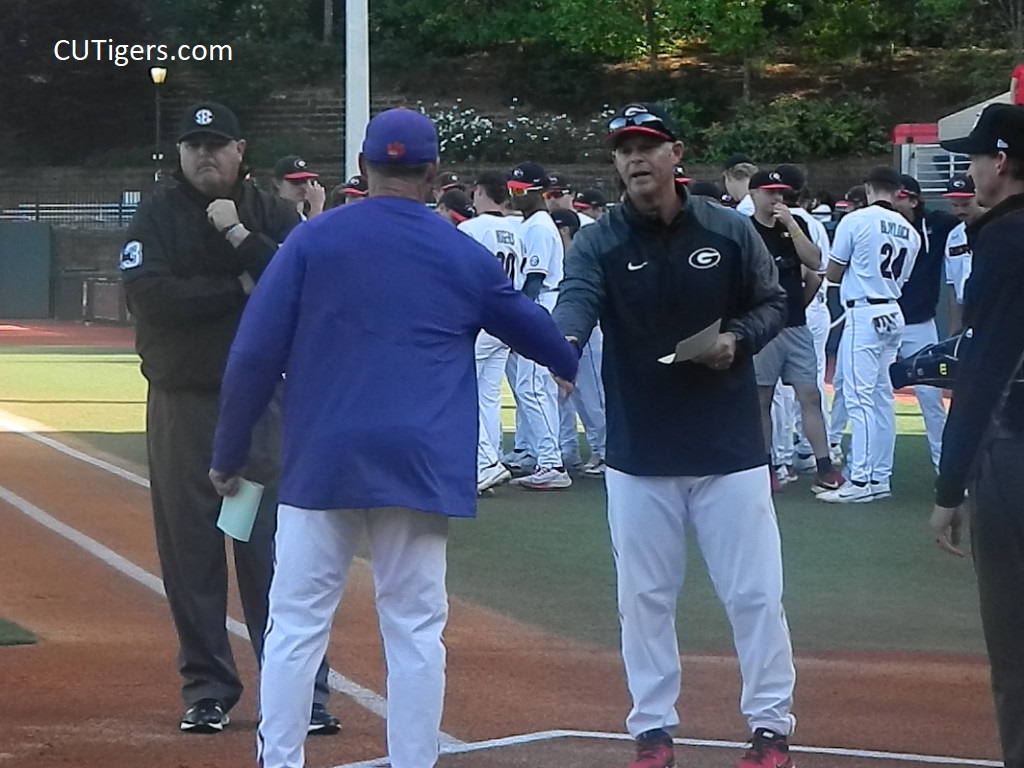 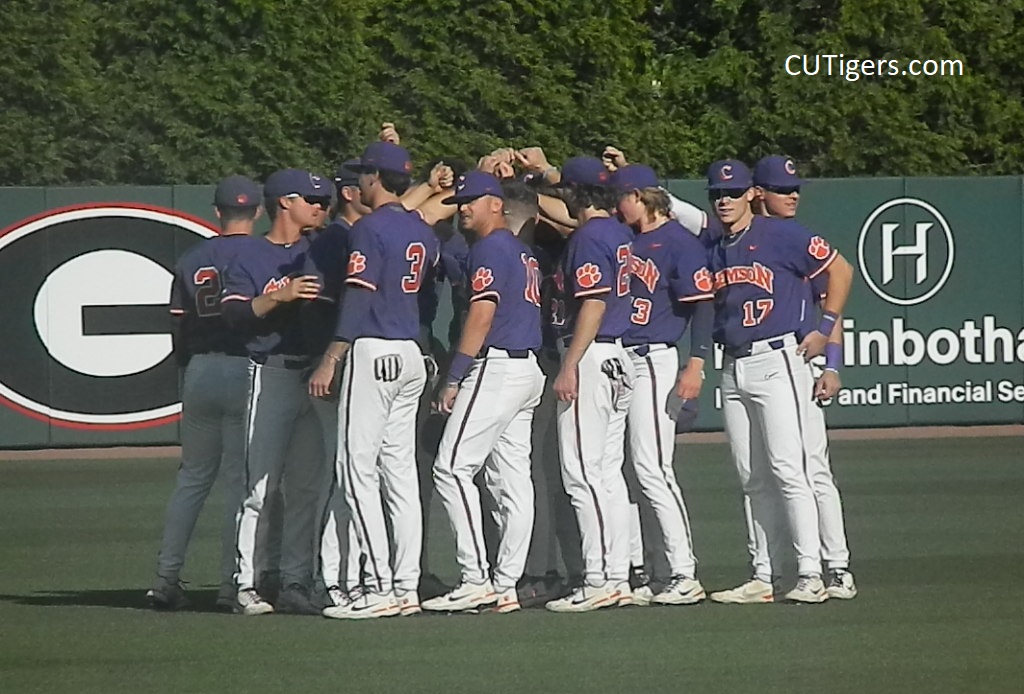 ATHENS, GA - The Tigers were coming off an impressive ACC road series win at No.23 Wake, nearly pulling off the sweep, and traveled to Athens on Tuesday, looking to sweep the No.10 Bulldogs. The Tigers won the first meeting in Clemson 4-3 two weeks ago. 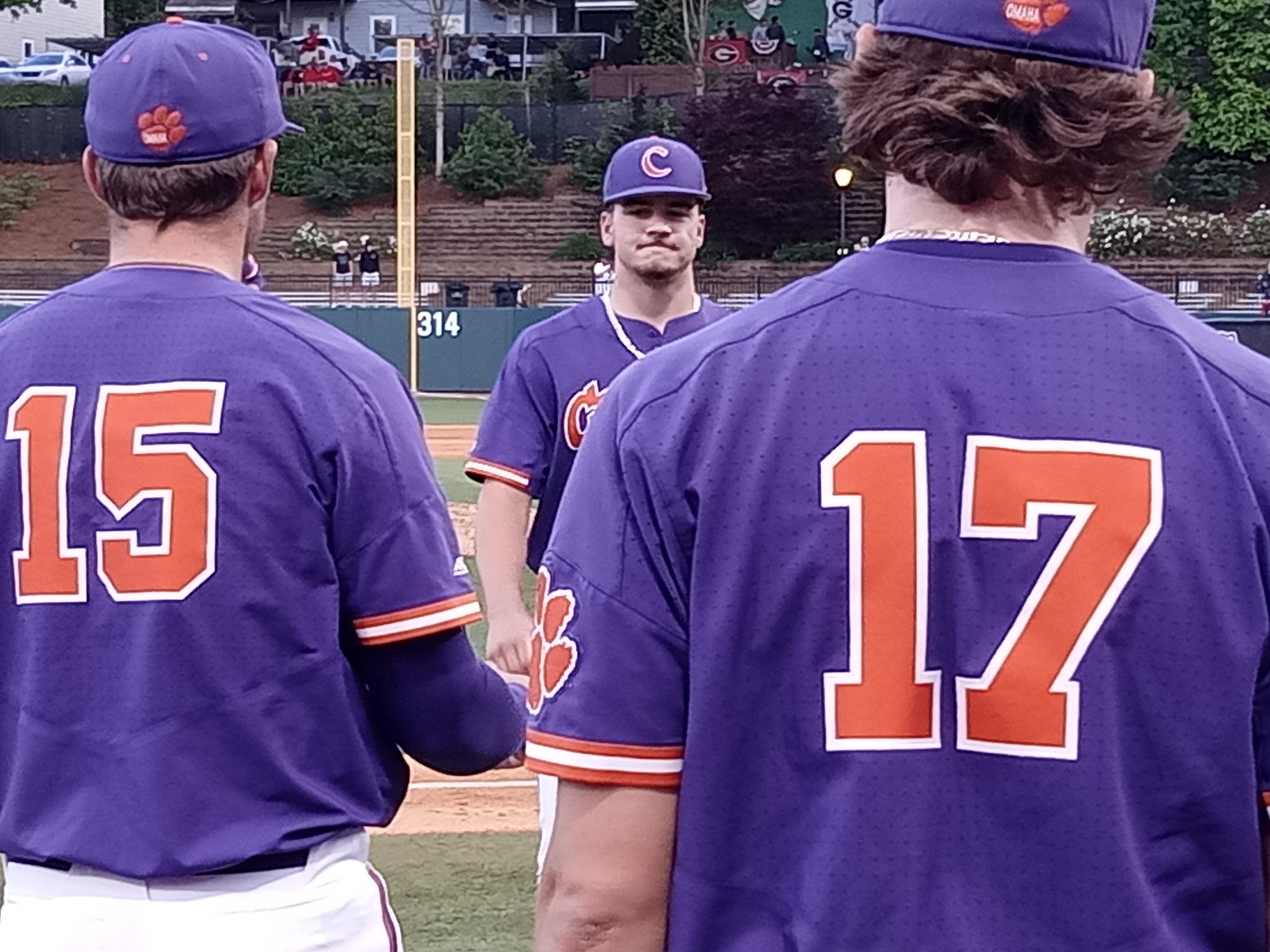 Freshman Billy Barlow allowed just one run and 3 hits in 5 innings against UGA in the first meeting, and he was even better through 4 shutout innings in Athens. The Tigers jumped out to a 4-0 lead thanks to a leadoff HR by French in the 3rd and a 3-run blast by Grice in the 4th. It was Grice's 3rd HR in the last 2 games after hitting none for about 5 weeks. Unfortunately, Barlow was unable to go 5 innings this time. He gave up a pair of singles and then walked the bases loaded to start the 5th, then gave up a triple to suddenly make it 4-3. Barlow put the leadoff man on base in 4 of his 5 innings, and this time it bit him. Lindley came in from the pen and gave up a sac fly to tie the game before getting out of the inning, so Barlow would wind up with the no decision. 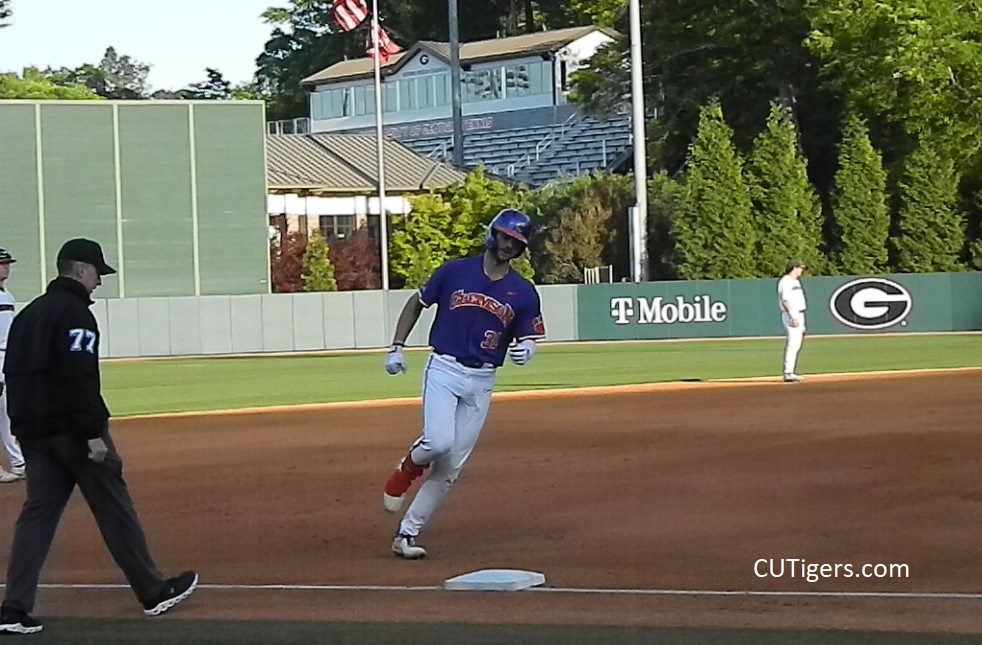 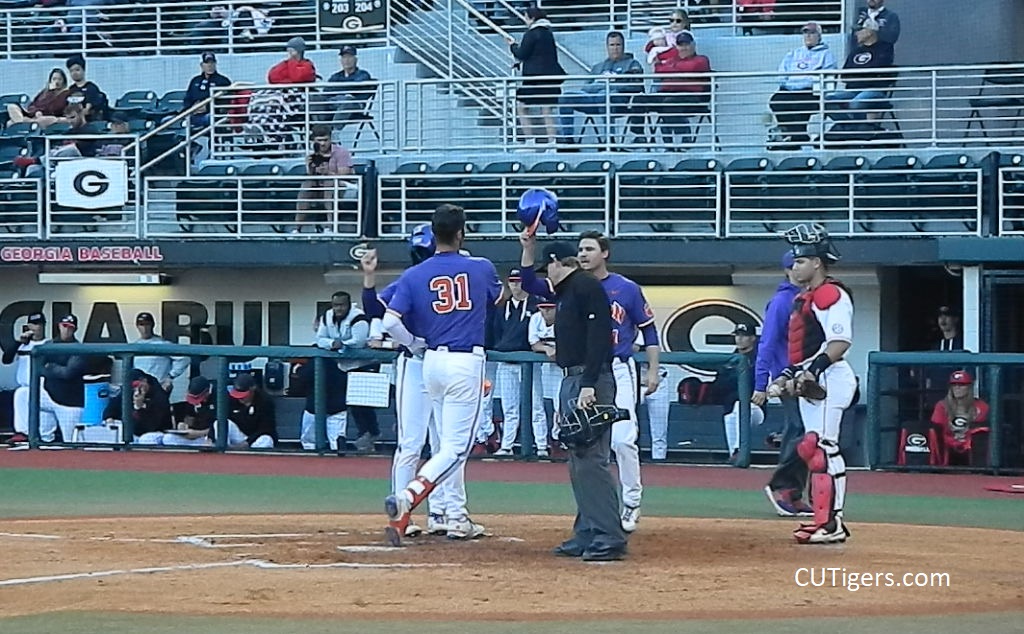 The Tigers punched right back, retaking the lead 6-4 in the 6th thanks to a 2-out double by Hawkins followed by a single by Blackwell. That was an important response after had taken momentum with the home crowd by scoring 4 runs to tie the game. Wagner hit his team-leading 12th HR in the 7th, his 2nd HR in as many games, to make it 7-4, and the Tigers added one more on a 2-out wild pitch in the 8th. Lindley picked up the win and improved to 5-0 on the season, with all wins out of the pen. Dill also pitched 2 scoreless innings, and closer Ryan Ammons closed the books in the 9th.
Monte swept the Bulldogs for the first time since he repeated the feat in his first two seasons at Clemson in 2016 and 2017. The Tigers had lost 6 straight to UGA from 2018 to last season. I've been saying for weeks that a big part of the Tigers' struggles had to do with Grice and Brewer underperforming at the plate. If Grice gets hot, the Tigers could win a lot of big games down the stretch. They host ETSU on Wednesday before a big home series against No.9 FSU. They also have 3 series against highly ranked ACC opponents in Louisville, UVA and Georgia Tech down the road.
Our exclusive post-game interview with Monte Lee is below!
MORE CLEMSON BASEBALL, SOFTBALL AND FOOTBALL COVERAGE HERE