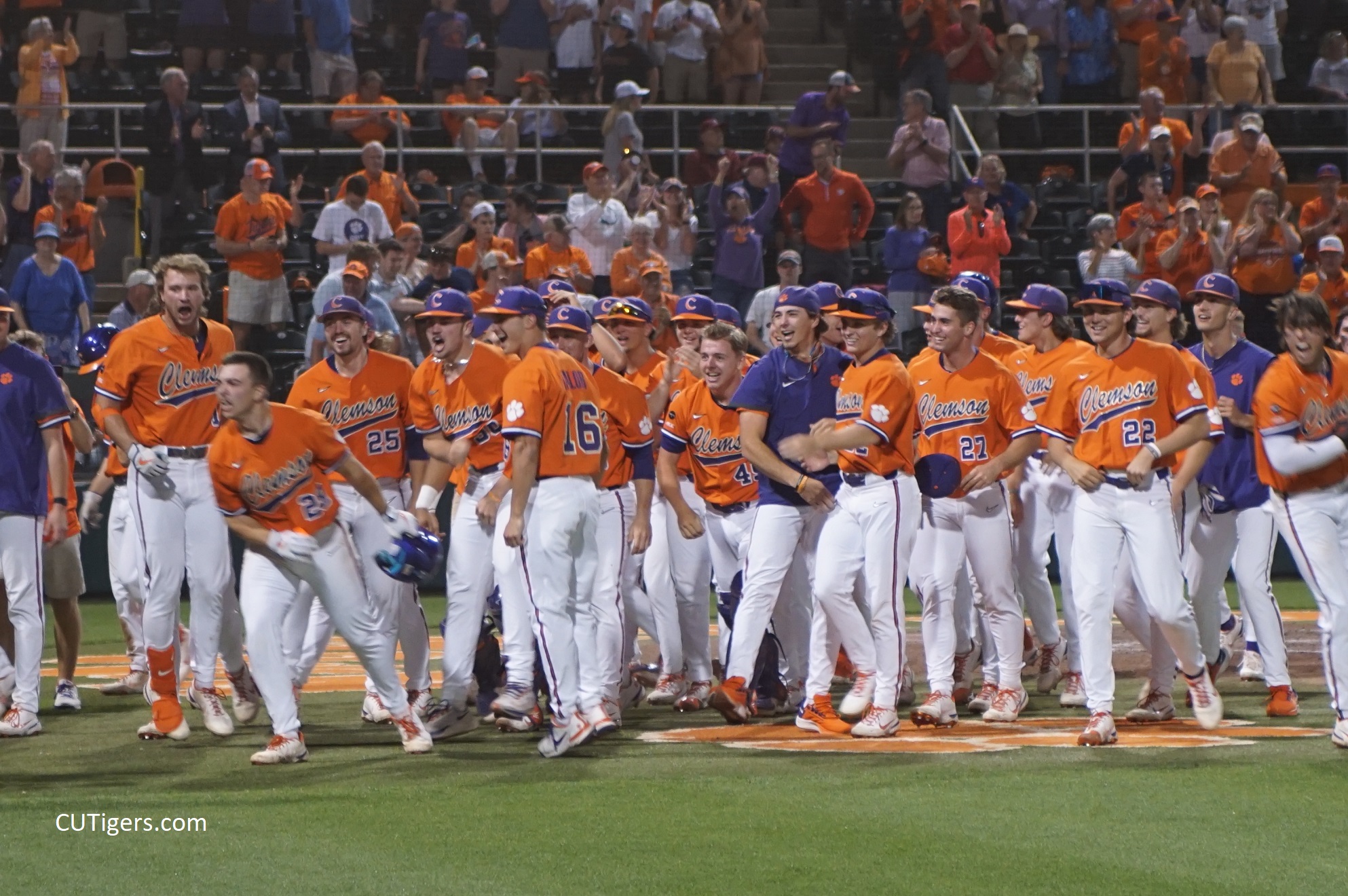 Photo by Trevor Groves
CLEMSON, SC - The Tigers carried some momentum into their weekend home series against No.9 FSU. They blew out ETSU on Wednesday after winning 8-4 at No.10 UGA for the season sweep of the Bulldogs and nearly swept No.23 Wake on the road last weekend. This is just the second time in the last 50 years that the Tigers have swept both Georgia and South Carolina in the same season! The Tigers are 5-0 against the SEC this season, but they still have some work to do to improve their record against a brutal ACC schedule, and this home series against the Noles is critical.
The Tigers jumped out to a 1-0 lead in the 1st after a leadoff double by Blackwell and a sac fly by Wright. However, the Seminoles would quickly tie the game in the next inning with a 2-out double after a walk by Anglin. The Noles took a 2-1 lead on an unfortunate play for the Tigers. With runners at the corners, they sent the runner to 2nd to bait a throw. The Tigers tried for the fake throw to 2nd and throw home, but Blackwell lost his footing, allowing the runner on 3rd to score. The Tigers caught the other runner in a run down, at least, to end the inning.
Max Wagner tied the game 2-2 with a HR in the 4th, but Anglin would get in some trouble in the 5th. He gave up a double, hit a batter and issued a walk to load the bases with 2 outs, but Dill came in from the pen and got a big strikeout on full count to keep the game tied. However, Dill gave up a couple singles in the 6th and mishandled a bunt on a safety squeeze that allowed the go-ahead run to cross the plate. He made up for it by picking the runner off at 2nd and getting another K to end the inning. 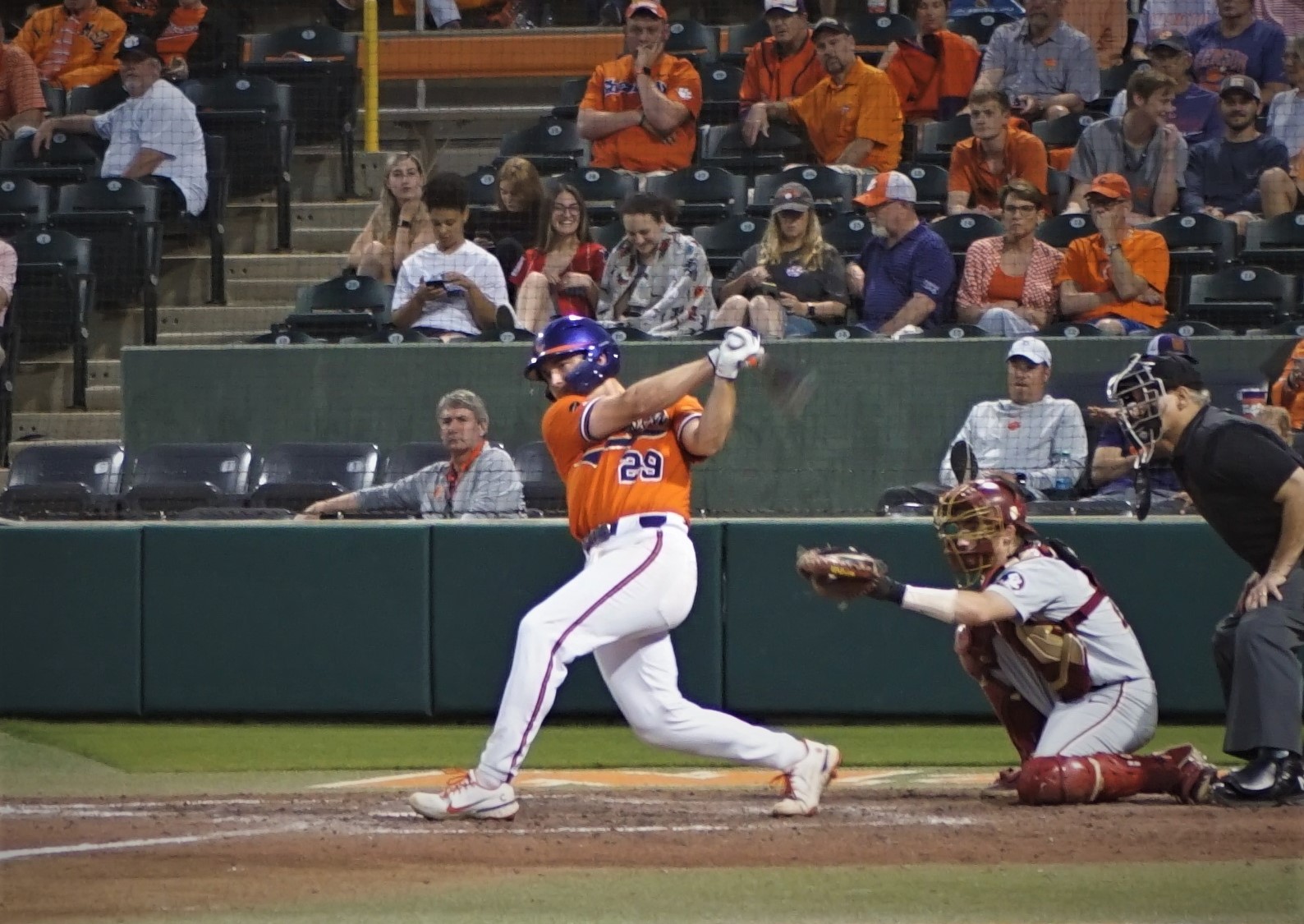 After Lindley gave up a 2-out single and then a double in the 8th to make it 4-2, things were looking bleak for the Tigers. Monte Lee made a gutsy call to pinch hit Dylan Brewer for Hawkins to lead off the inning. Brewer hadn't reached base on a hit in almost a month, going 0-25 over that stretch, but Monte wanted a lefty at the plate and knew Brewer could hit a fastball. Sure enough, Brewer came through with a leadoff single. Blackwell followed with a single, and Ingle nearly loaded the bases with a hard grounder to 3rd, but the third baseman was able to cut it off and get the force at the bag. However, Wright reached on an error by the same third baseman, and the Tigers had bases loaded with one out and red-hot Max Wagner at the plate! The energy in Doug Kingsmore was palpable, and the crowd went nuts when Wagner crushed a grand slam to give the Tigers their first lead since the 1st at 6-4. It was Wagner's second HR of the game and 5th in the last 4 games! He now has 15 on the season to lead the team. Closer Ryan Ammons came in to pitch the 9th and struck out the side for his 6th save of the season. Blackwell was 3-4 with a double and 2 runs scored out of the leadoff spot. 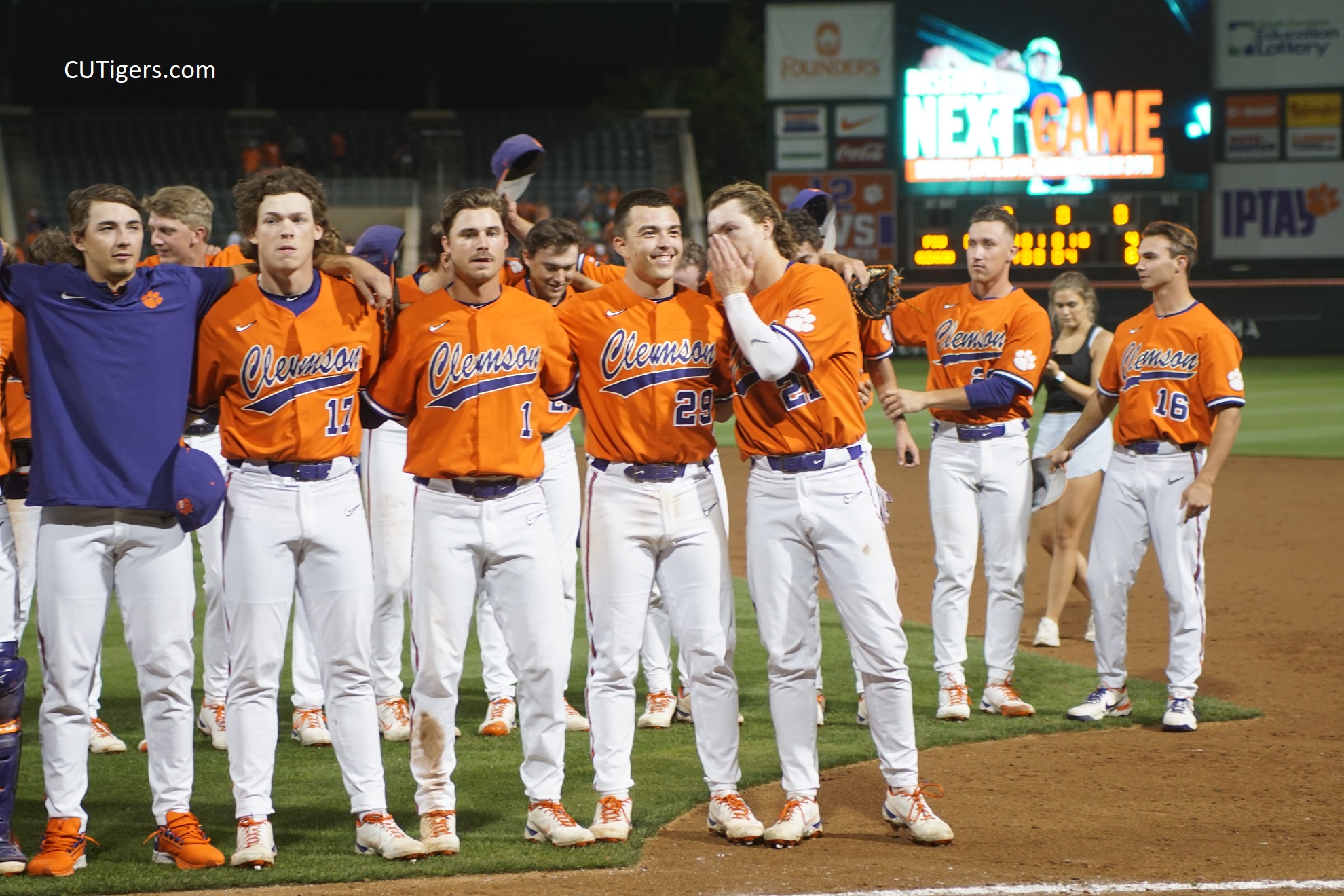 The Tigers have won 6 of their last 7, including 4 ranked and 2 top-10 teams, losing only in extra innings at No.23 Wake. They'll look to clinch the series on Saturday at 3:00. Click the link below for live coverage!
MORE CLEMSON BASEBALL, SOFTBALL AND FOOTBALL COVERAGE HERE