CLEMSON, SC - The Lady Tigers bounced back from their emotionally draining series at No.4 FSU last weekend by beating ETSU 6-2 on Wednesday and welcomed Tech on Friday for their final series of the regular season. The Jackets are ranked No.22 in the RPI, so the Tigers knew it would take a strong effort to finish the regular season on a positive note with momentum going into the ACC Tourney. 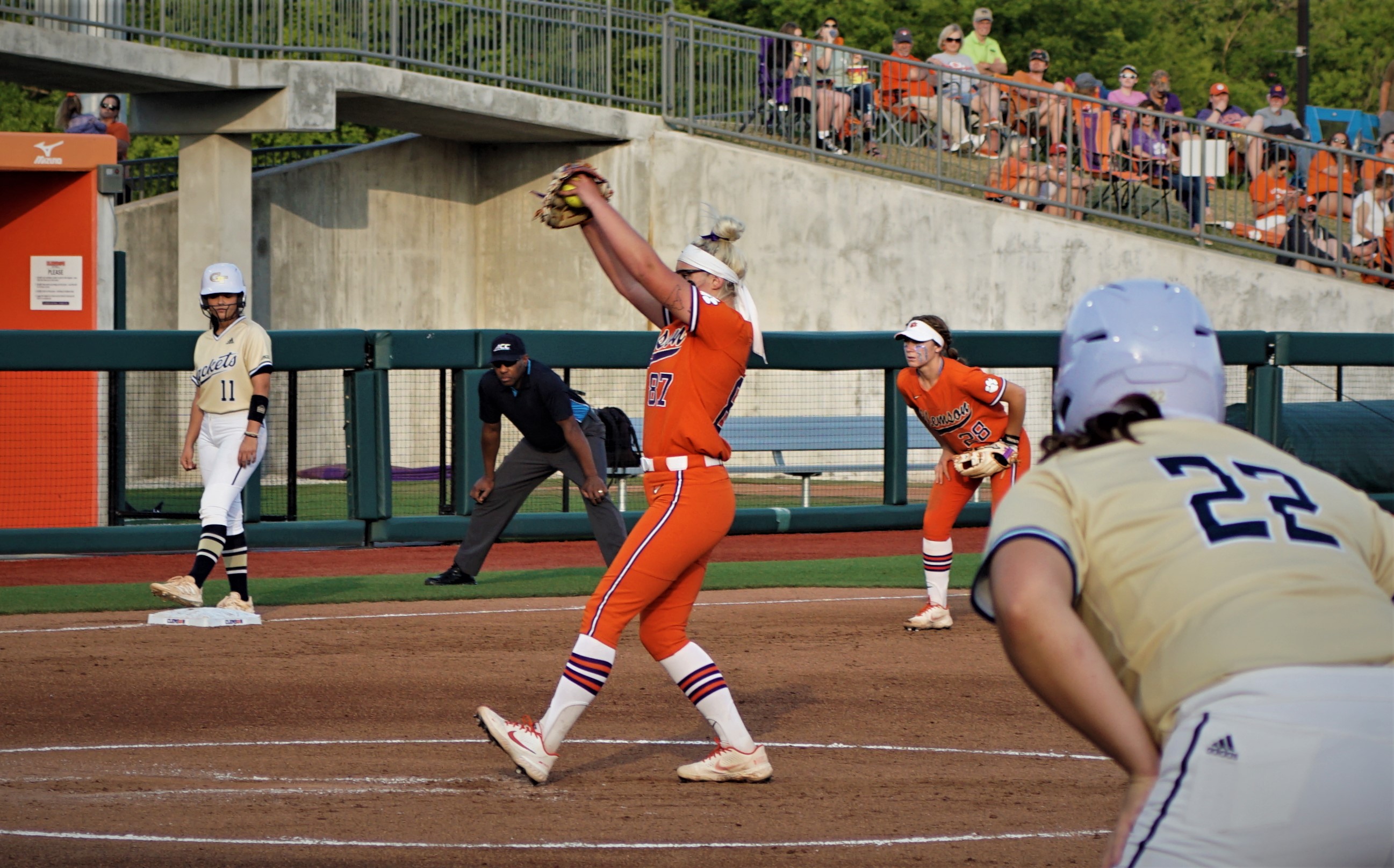 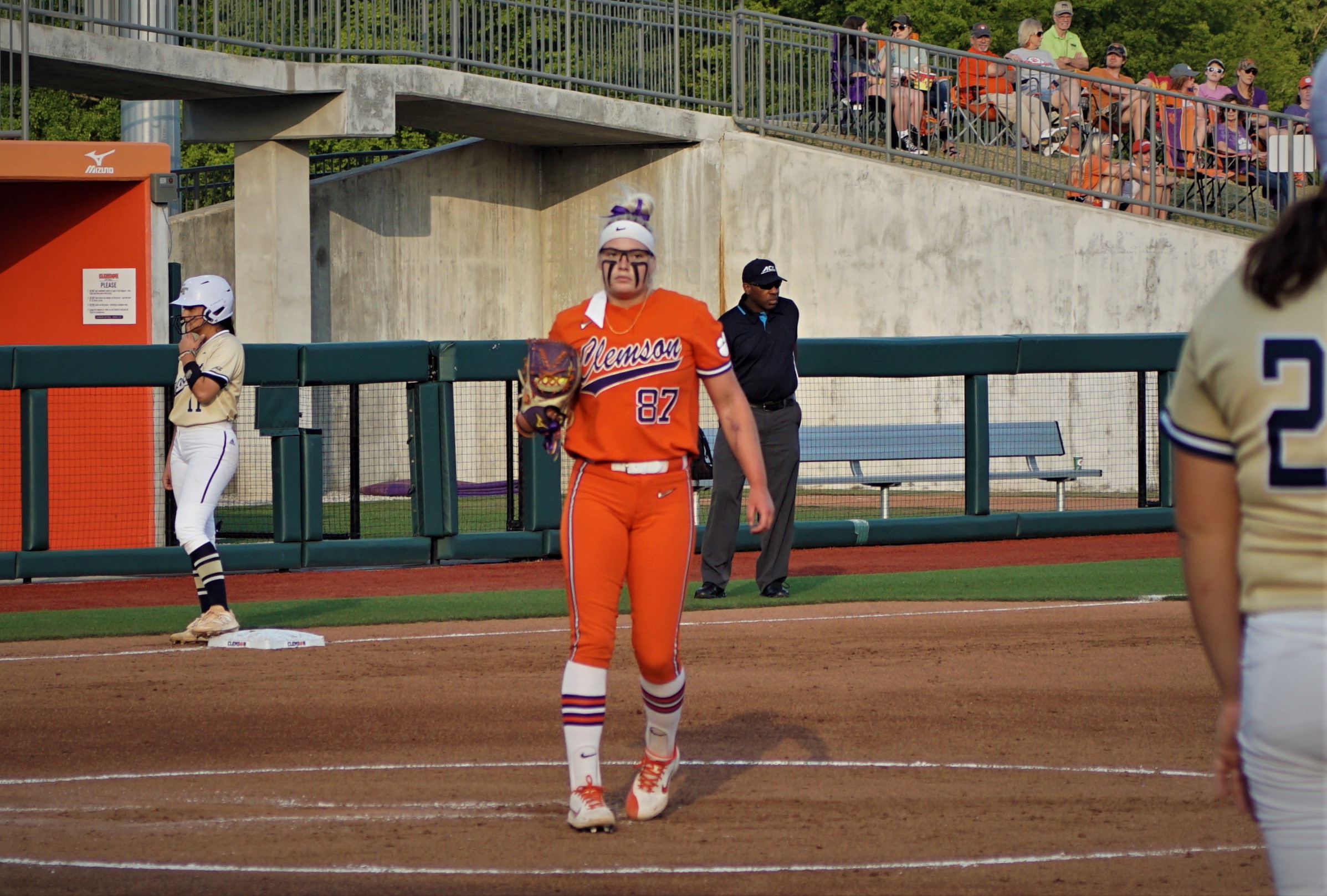 All-American Valerie Cagle has been the game one starter for the Tigers for the most part going back to last season, but Rittman decided to go with sophomore Millie Thompson, who has been outstanding this season. She ran into some trouble in the 3rd when she loaded the bases with one out, but she got a big strikeout and a grounder to strand 'em loaded. The only run she allowed in the complete game performance came in the 1st when Clark dropped a ball in the gap that she would normally catch. That gave the Jackets a double, and a single drove in their only run of the game. 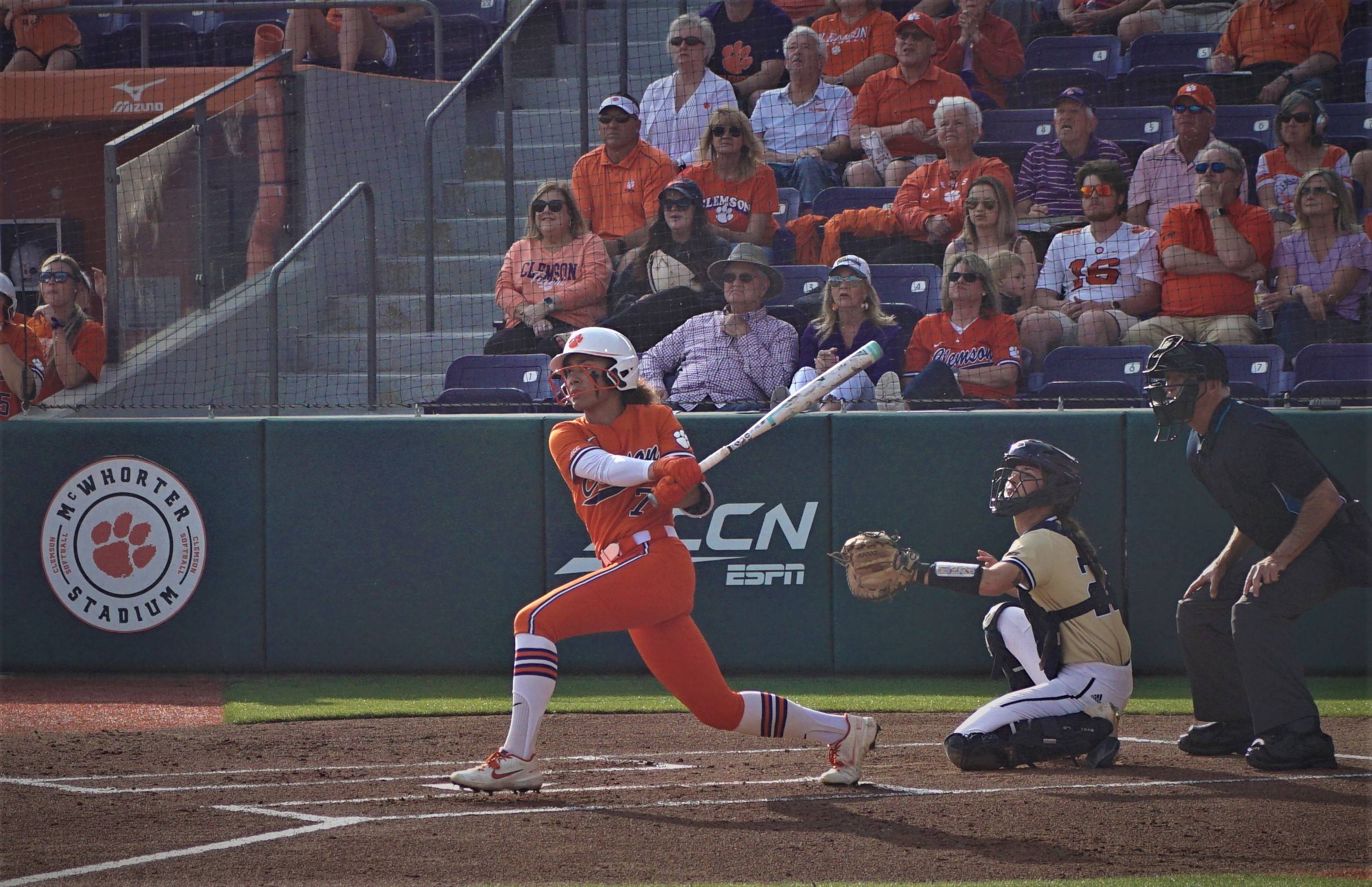 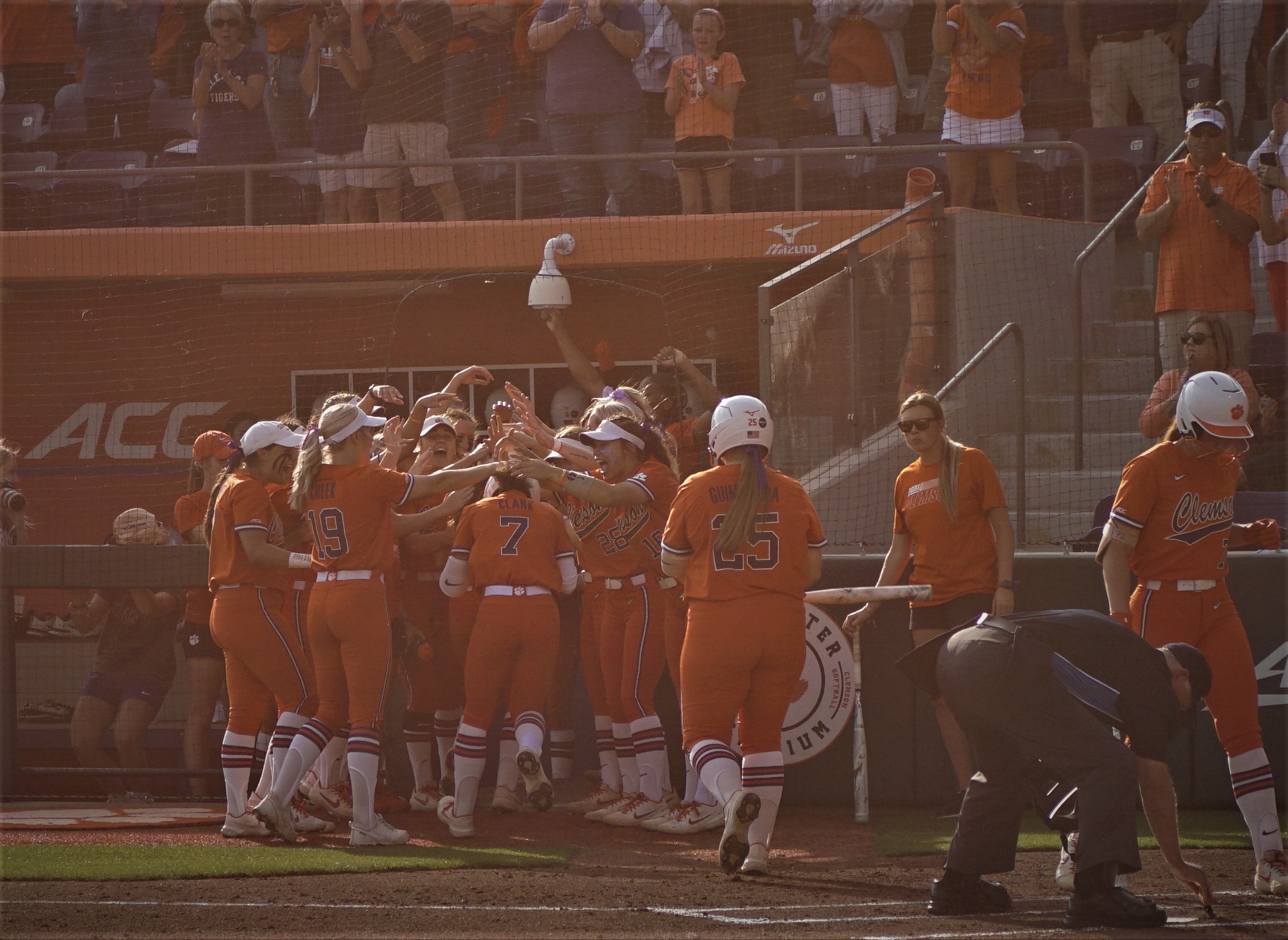 The Tigers answered quickly in the bottom of the 1st with a leadoff double by Pereira and a homer by Clark, her 11th of the season. Clark hit 3 HR's last Saturday at Florida State. Cagle led off the 3rd with her 11th HR, and Vieira drove in Guimbarda with a 2-out single to make it 4-1. 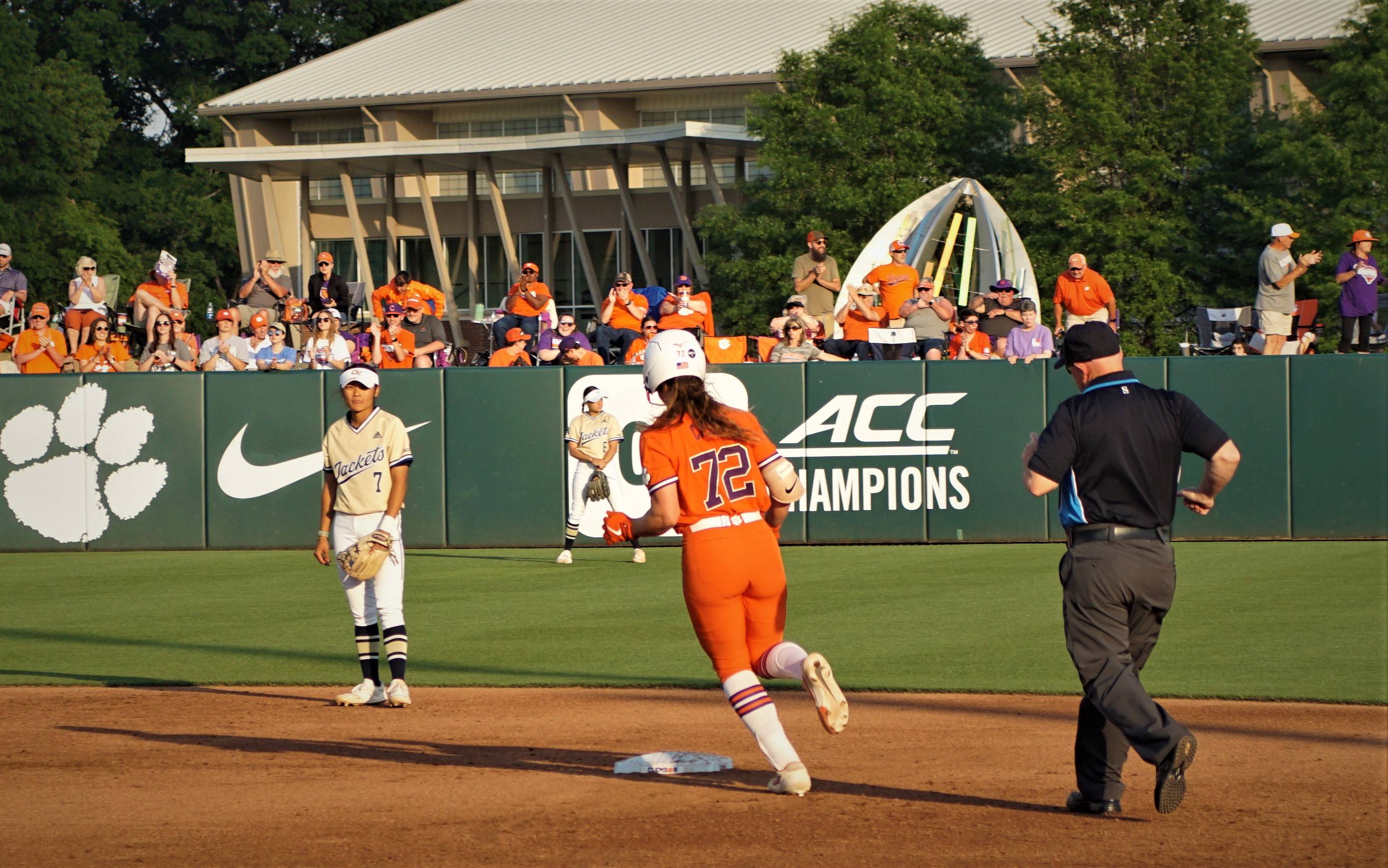 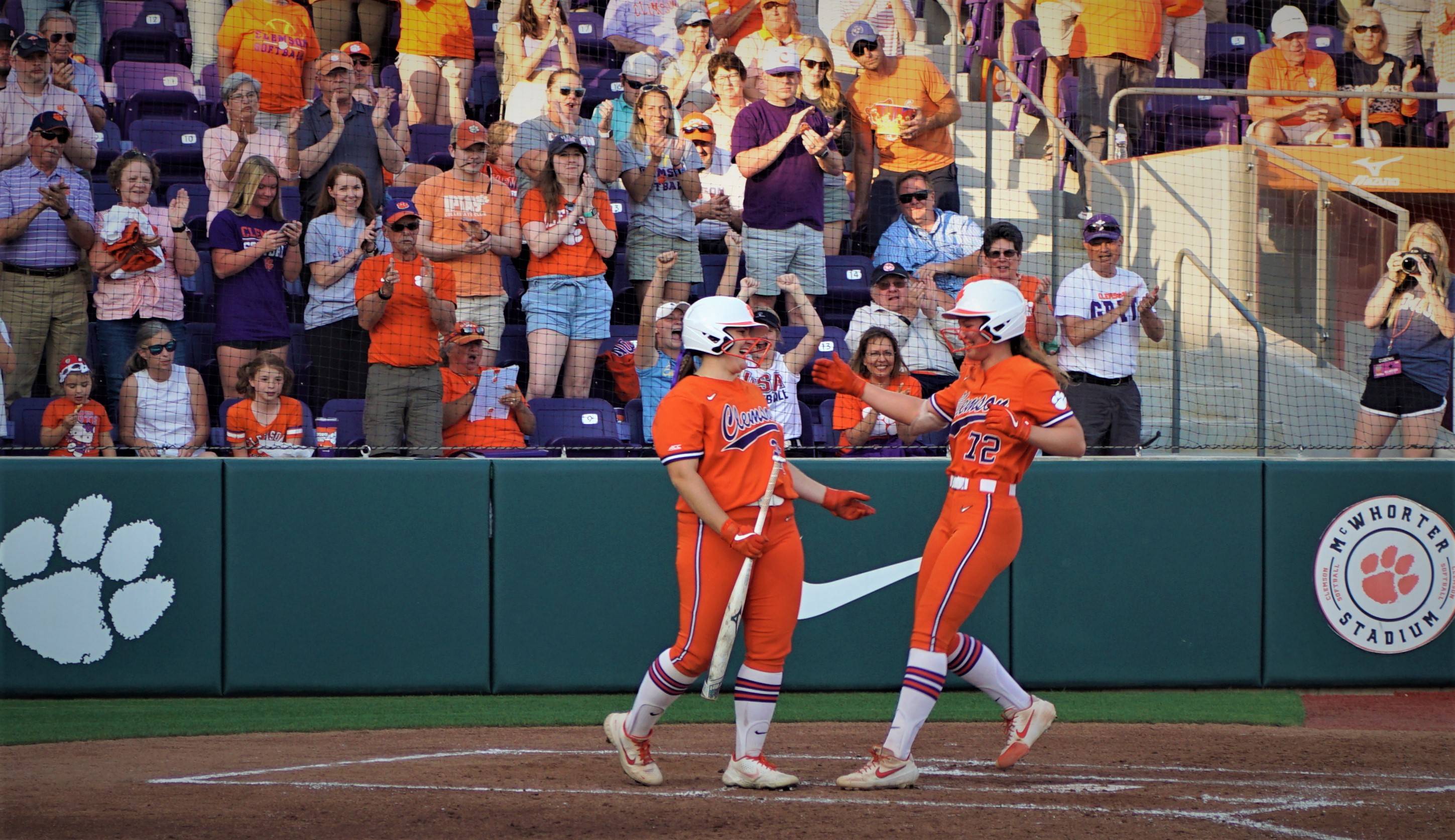 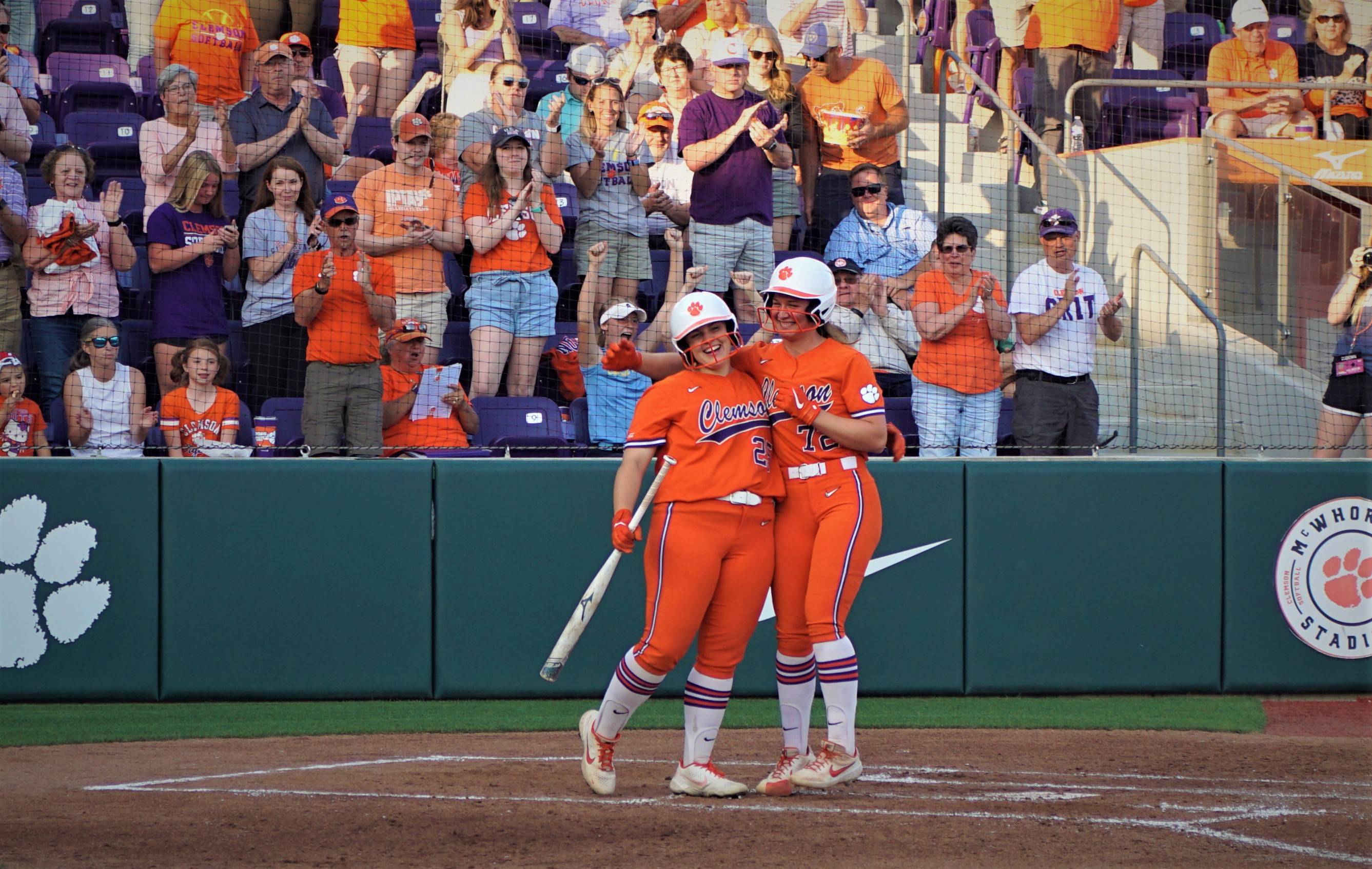 If the Tigers can sweep Tech this weekend, they will remarkably win their 100th game in just two and a half seasons as a program. My exclusive post-game interview with Rittman is below!
MORE CLEMSON SOFTBALL, BASEBALL AND FOOTBALL COVERAGE HERE