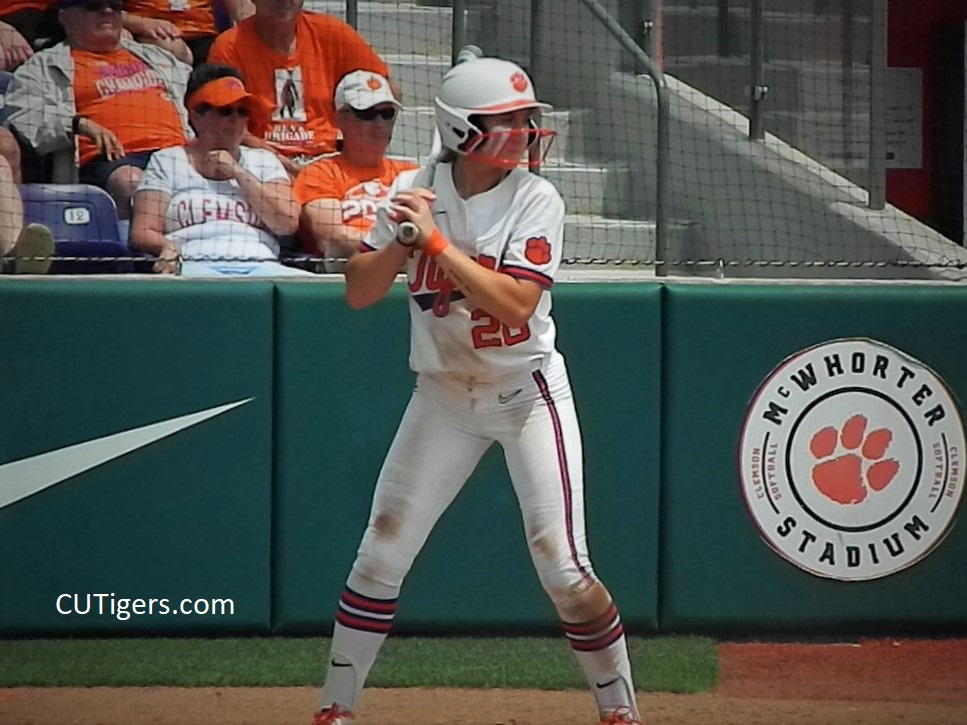 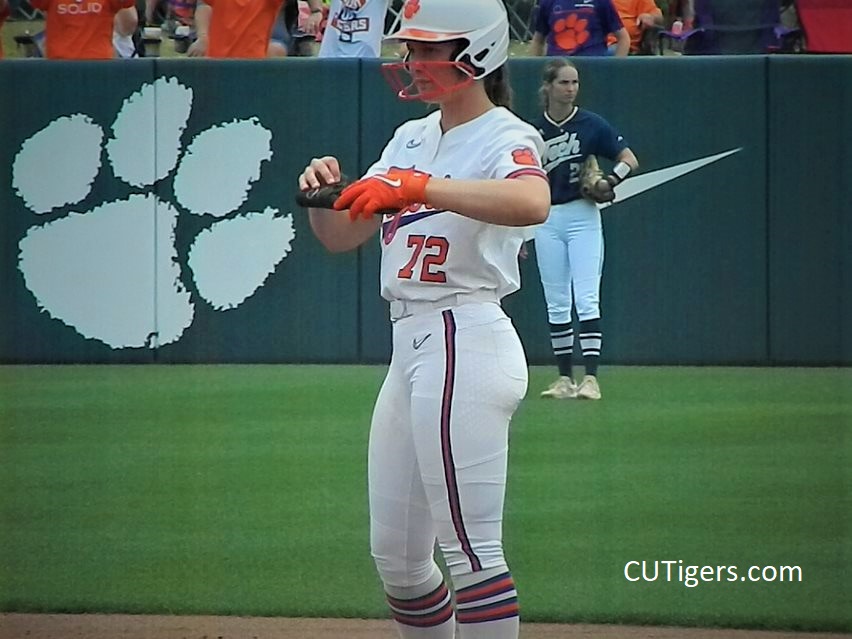 CLEMSON, SC - After clinching the series on Saturday, the Lady Tigers were eyeing a Senior Day sweep of Tech to close the regular season on a strong note. The Tigers jumped out to a 2-0 lead in the 3rd when Cagle hit a 2-run double, but Tech tied it in the 5th when Spencer gave up a leadoff walk, a pair of singles and a sac fly. 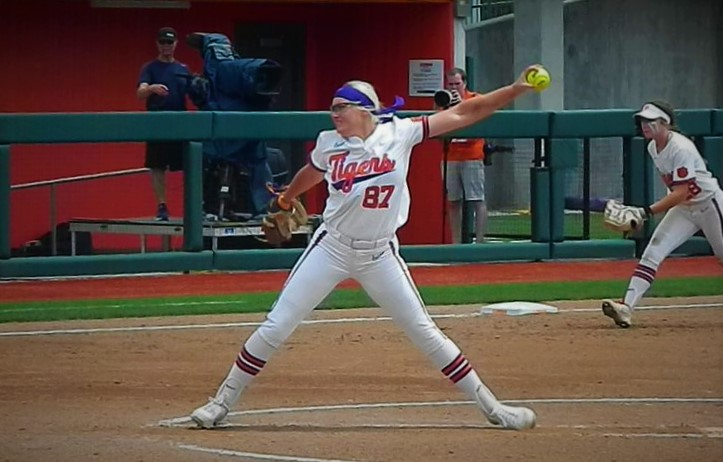 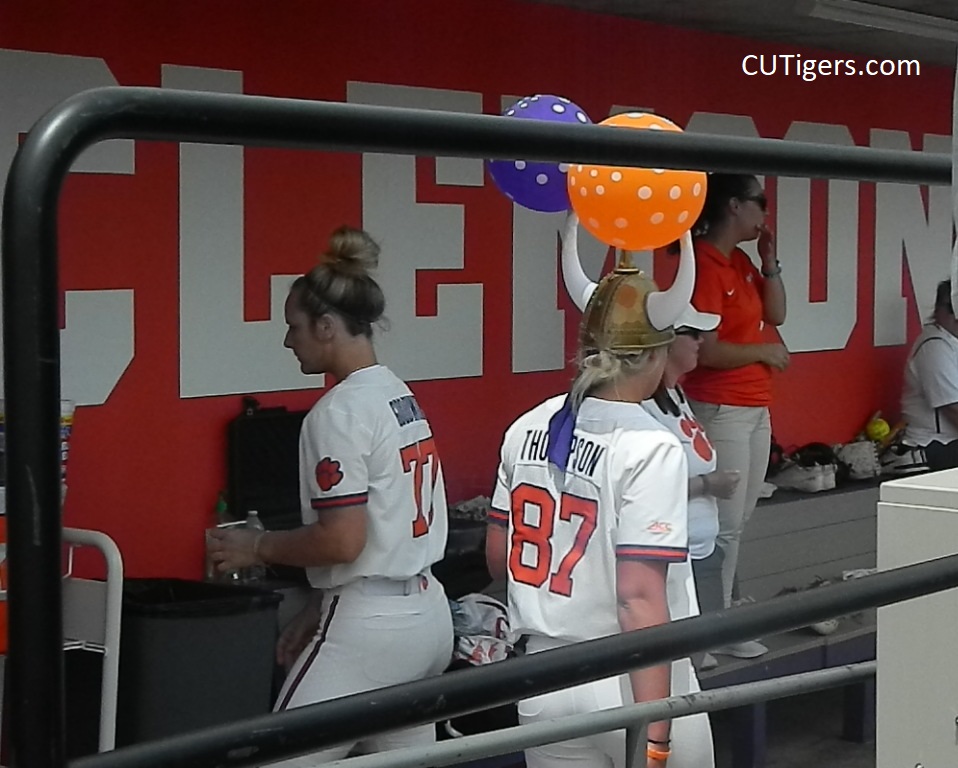 Spencer pitched a perfect game through 4 innings, but that ended with the leadoff walk in the 5th, and the no-hitter ended on the next at bat. Friday starter Millie Thompson started the 6th in the circle and went 1-2-3. I asked Rittman about the decision to start Thompson on Friday rather than the usual game one starter, Cagle, and he must feel very good about that decision because Thompson didn't allow a single base runner in 3 innings of relief, striking out 4.
The game went to extra innings tied 2-2, and in the bottom of the 8th, Logoleo led off with an infield single. Russ bunted for another single, and the Tigers were in business. However, it was the bottom of the lineup. Oda grounded out and moved the tying run to 3rd base with one out. Freshman Maddie Moore, the last hitter in the lineup, singled down the right field line for the walk-off 3-2 win and the sweep of the Yellow Jackets! On Senior Day, it was a freshman from California who delivered the heroic game-winning hit. It was probably the best game of her career, as she went 2-3 with a walk and also scored a run. She came into the game batting below the Mendoza line at just .192, but she closed her freshman regular season with a bang! 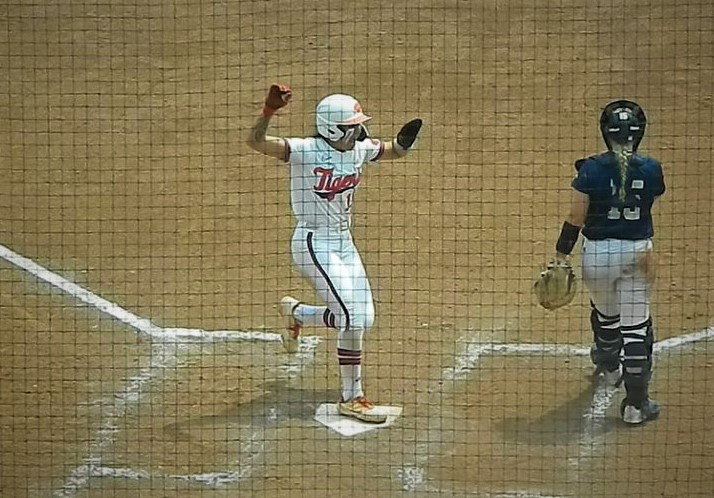 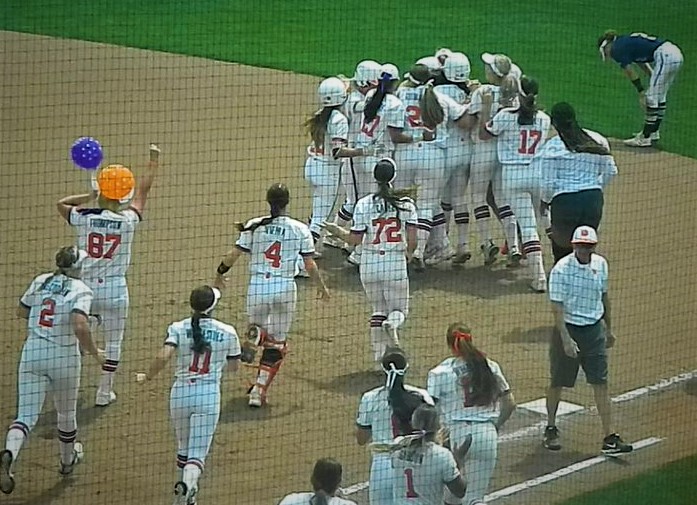 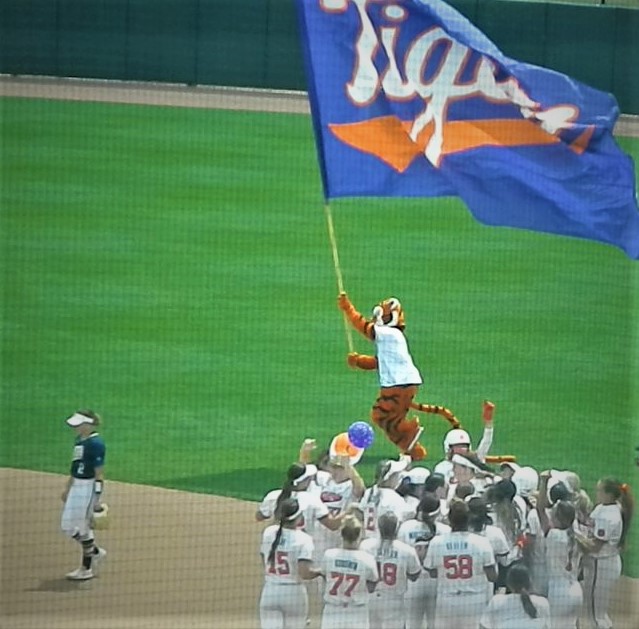 The Tigers closed the regular season in dramatic fashion and also won their 100th game in just two and a half years as a program! They are probably the fastest to 100 wins in the history of college softball. Hopefully, it won't be their last game at McWhorter Stadium this season! If they can get at least to the ACC Semifinal in Pittsburgh, I believe they will have done enough to secure that elusive NCAA Regional that they should have hosted last year. I will be in Pittsburgh to bring you live coverage of the ACC Softball Tournament for the second straight year!
Our exclusive post-game interview with Rittman is below! 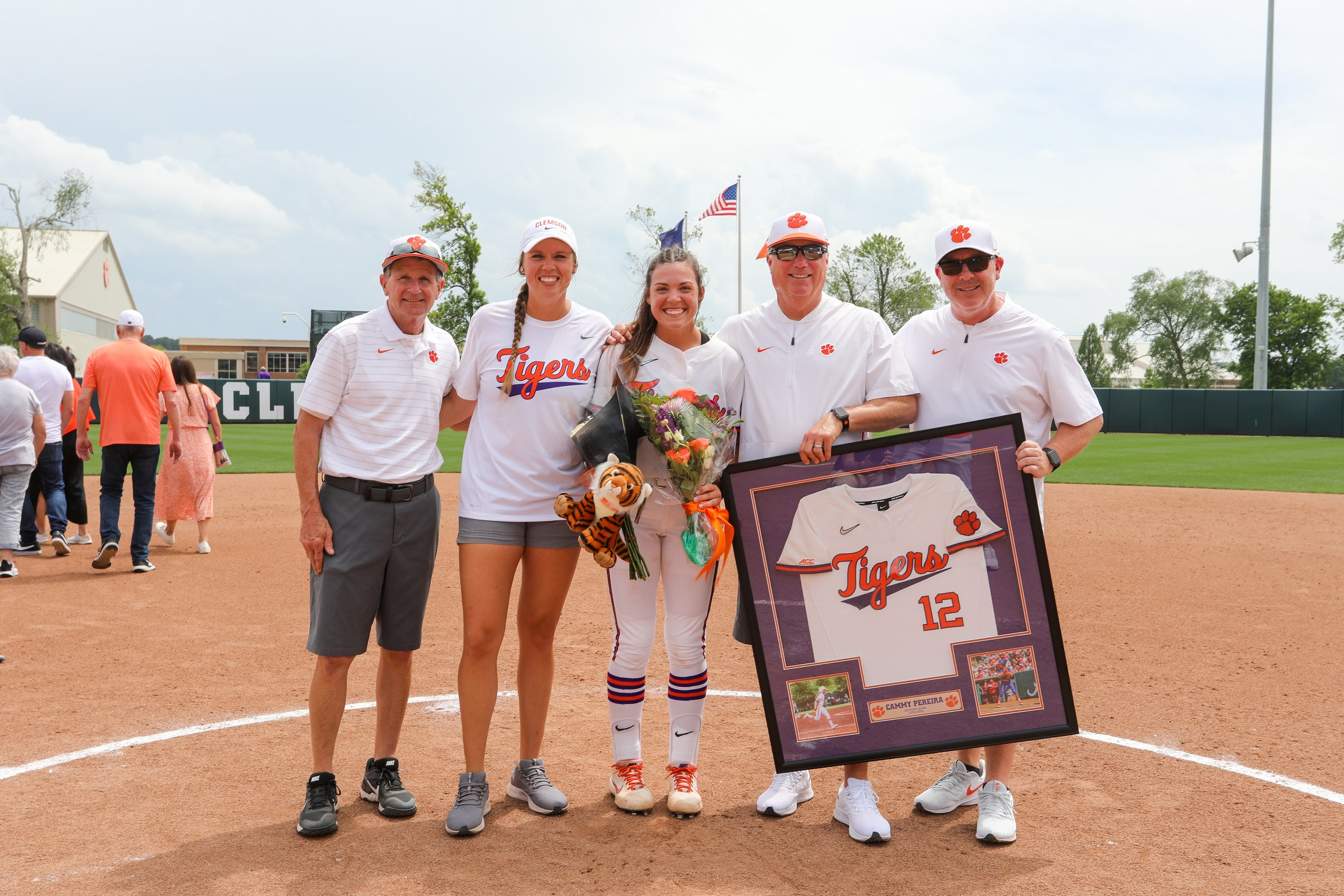 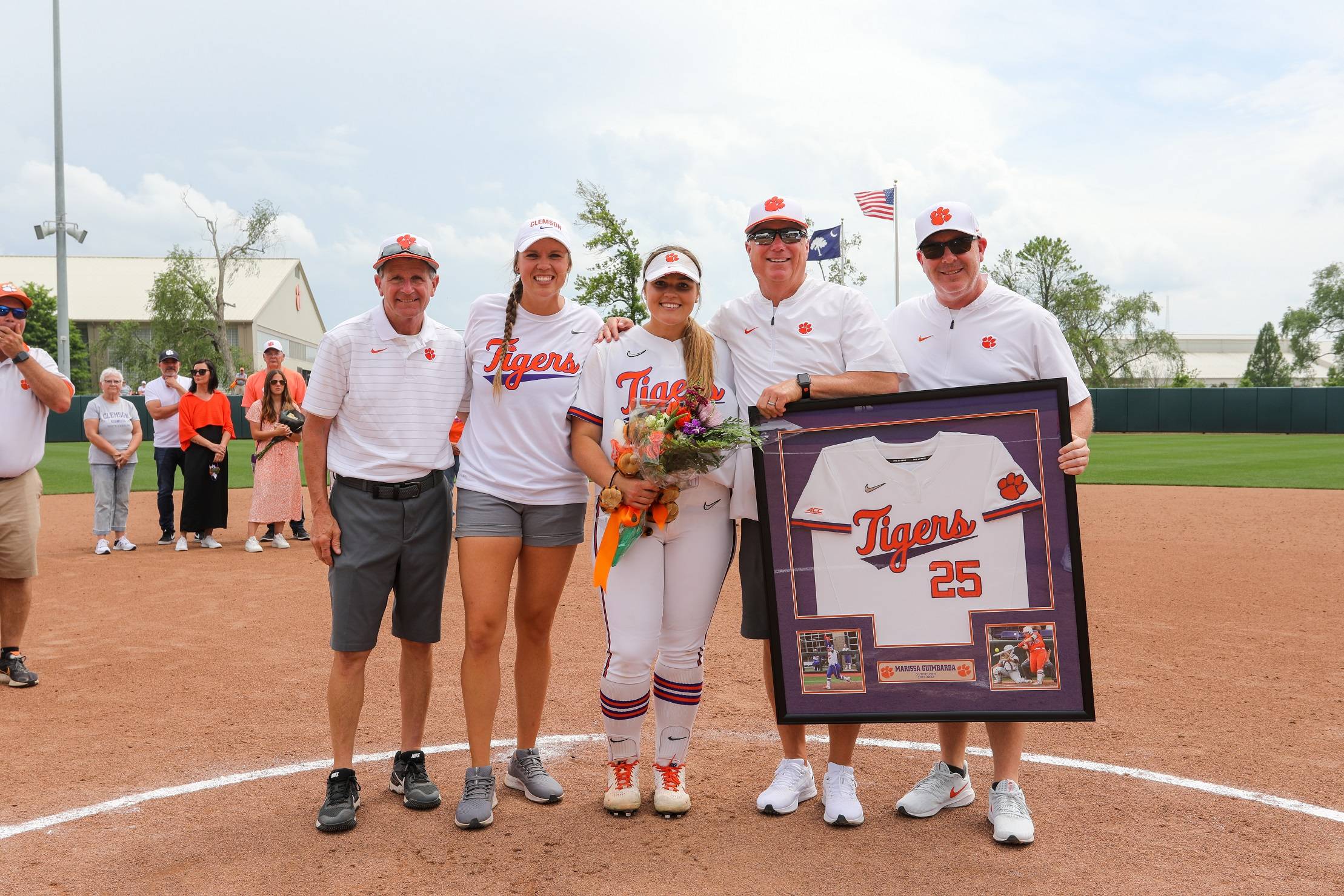 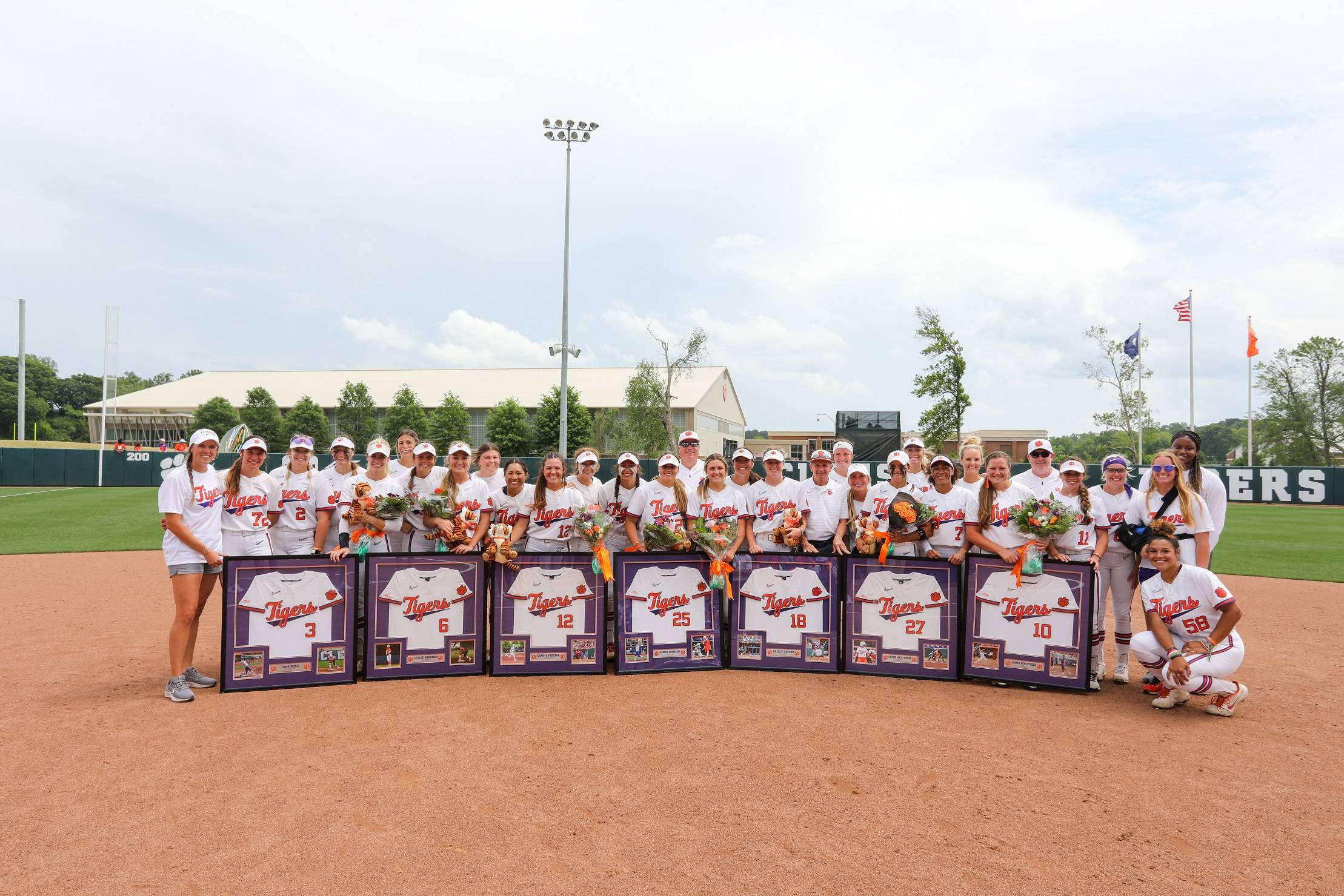