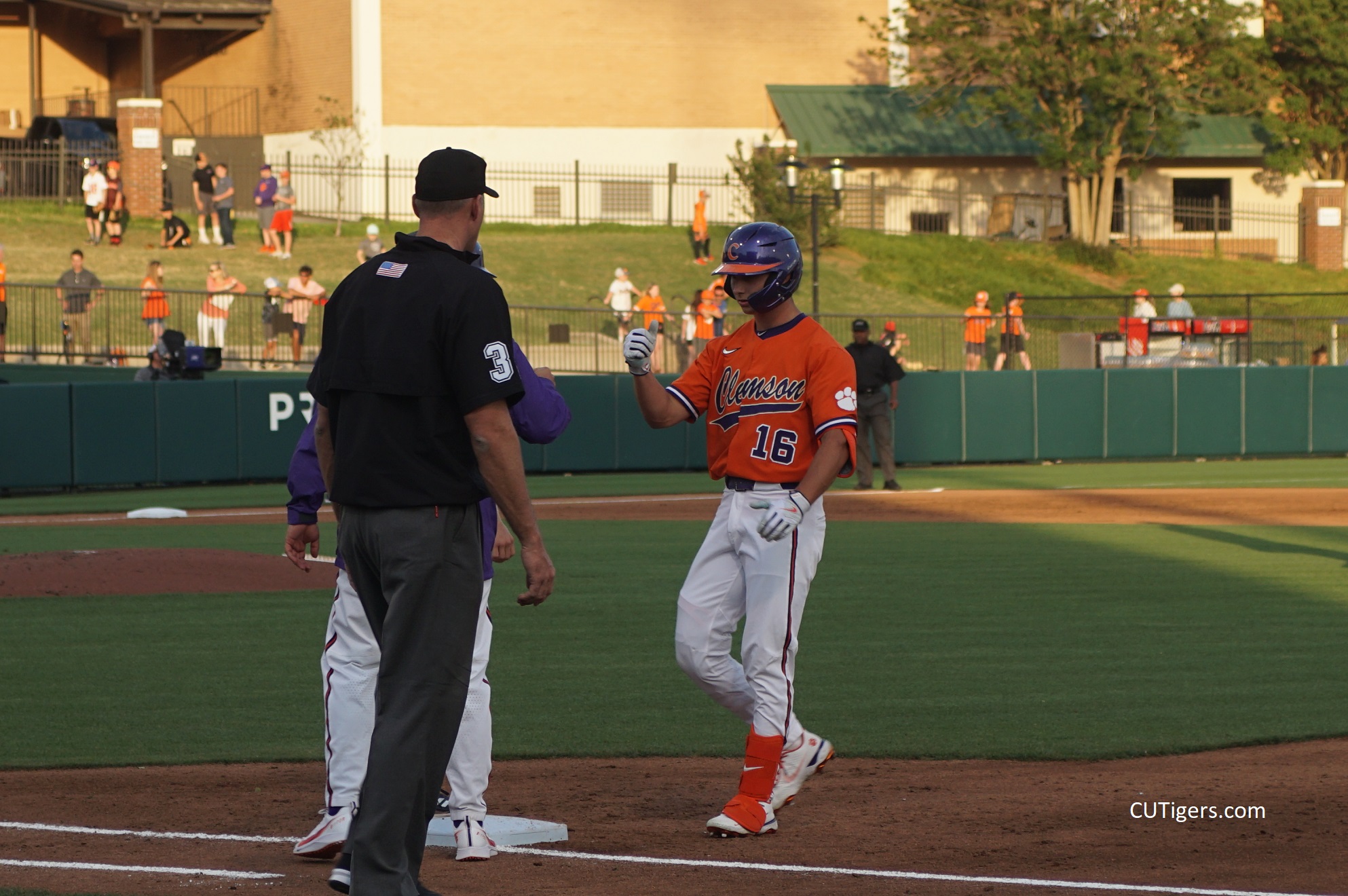 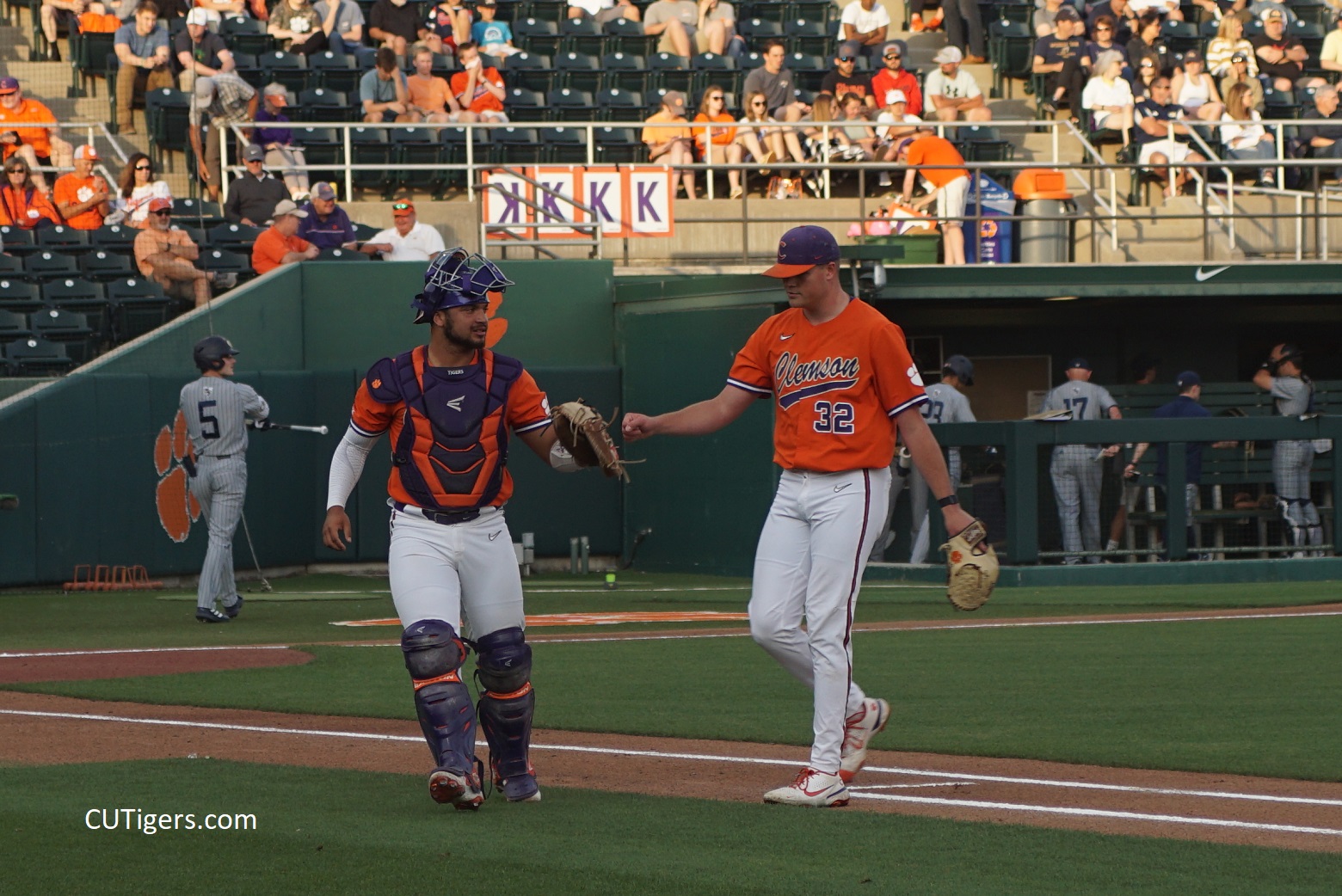 CLEMSON, SC - I billed this series as a showdown between two of the nation's top 4 homerun hitters in Max Wagner and Kevin Parada, but the Tigers' starting pitcher Mack Anglin stole the show. He went 7 innings, allowing just 2 hits and no runs in the first 6. He allowed 3 runs in the 7th with a sac fly and a 2-out HR, but by that time, the Tigers had built up a 9-0 lead. Anglin struck out 8, and national HR leader Kevin Parada was 0-3 against him with 2 K's and a foul out!
The Tigers jumped out to an early 2-0 lead in the 1st and never looked back, scoring again in the 3rd and the next 3 consecutive innings. Hawkins has struggled over the last couple weeks but went 3-5 with a double and 2 RBI's. Blackwell and Wright were each 2-4 with a walk and 2 RBI's. French hit the Tigers' only HR, a 2-run shot in the 5th. He wouldn't have been in the lineup, but Corbitt is out with a broken finger. Freshman football standout Will Taylor made his baseball debut at DH, coming off his ACL rehab, and singled in his first collegiate at bat. Monte told me after the game that their plan was to alternate playing him at DH and in the outfield, so we will see him in left on Saturday. We got to speak to Taylor for the first time after the game, and he said that he is even faster now than he was before he tore his ACL, according to the monitoring device they use. We saw that speed when he advanced to 2nd on a passed ball and again when he beat a double play. 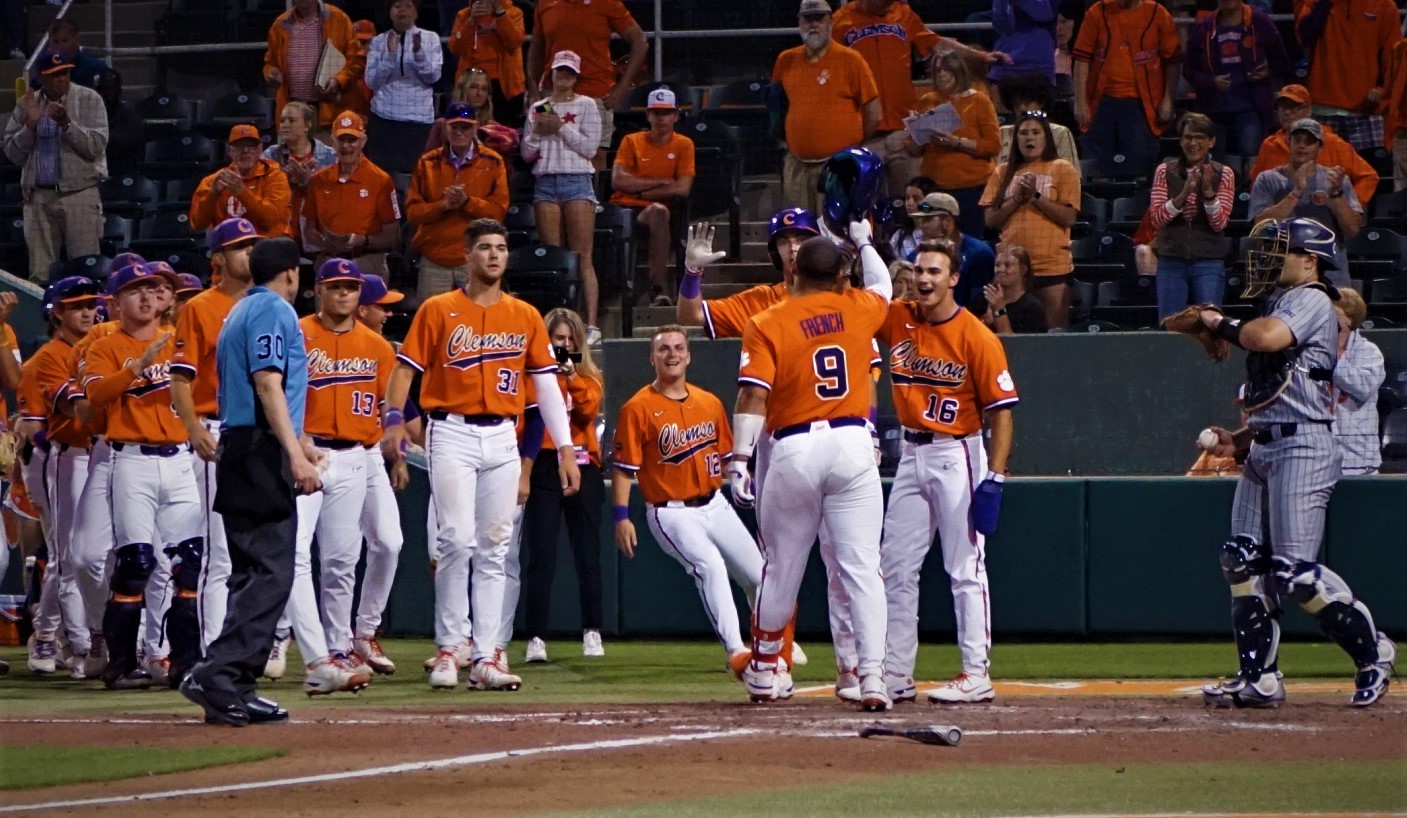 This was the Tigers' 10th win against a ranked team, as they have arguably the toughest schedule in the nation. They badly needed this win not only to set the tone for the series and bounce back from being swept last weekend, but to keep pace with Duke and UNC for that last spot in the ACC Tournament. They had final exams this week, so now they can concentrate completely on baseball for this final stretch of the regular season.
Post-game interviews are below!
MORE CLEMSON BASEBALL, SOFTBALL AND FOOTBALL COVERAGE HERE