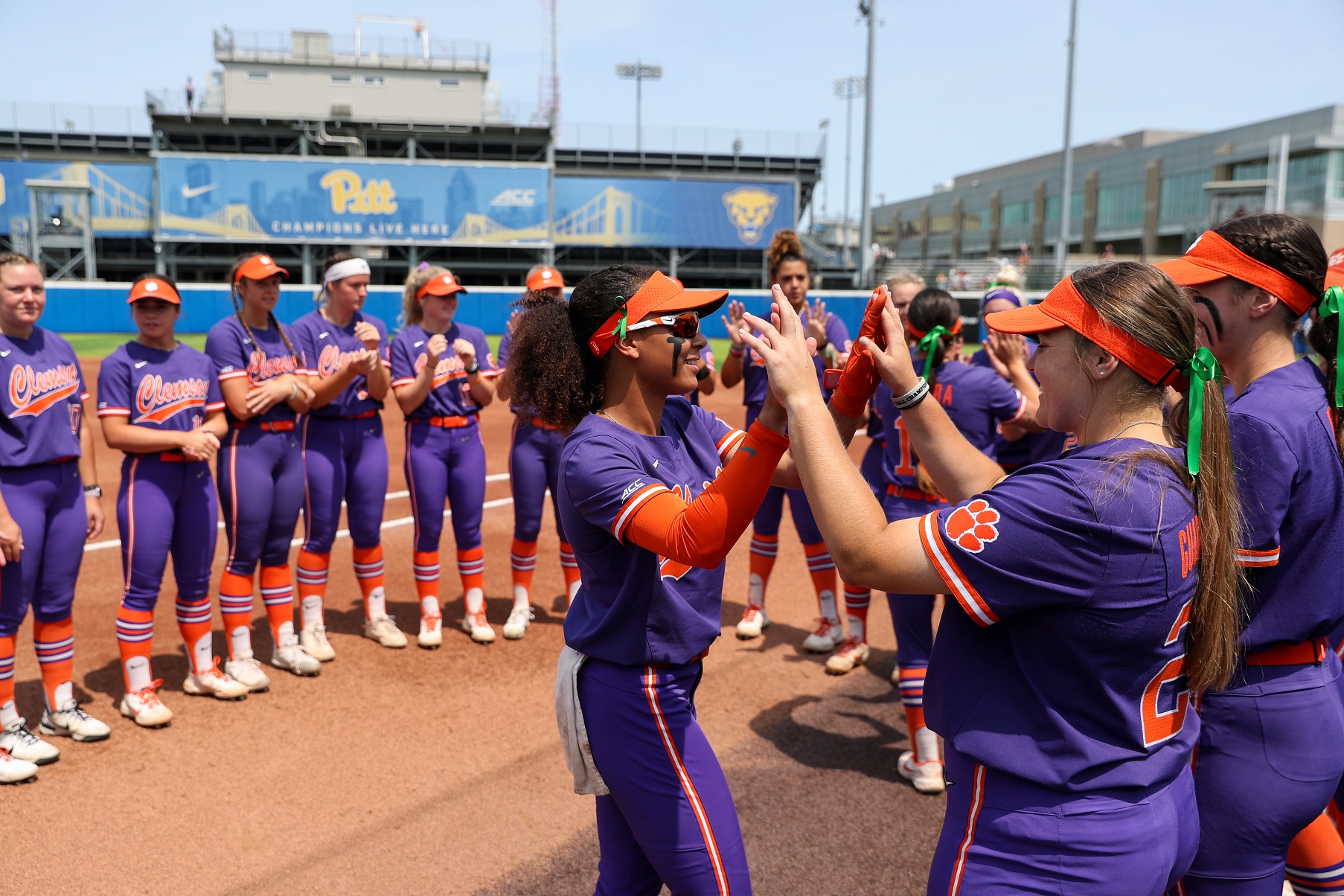 The Lady Tigers began play in their second-ever ACC Tournament on Thursday with a tough draw against No.19 Notre Dame. The Tigers were the No.1 seed last year and lost a 1-0 heartbreaker in the ACC Championship to Duke. This year, the Tigers found themselves the No.5 seed against No.4 seed Notre Dame, who the Tigers beat 2 out of 3 games in Clemson last month. The Tigers entered post-season play ranked No.11 in the RPI, so a win over No.19 Notre Dame would almost surely lock up their first home NCAA Regional after they were robbed of the same last season. 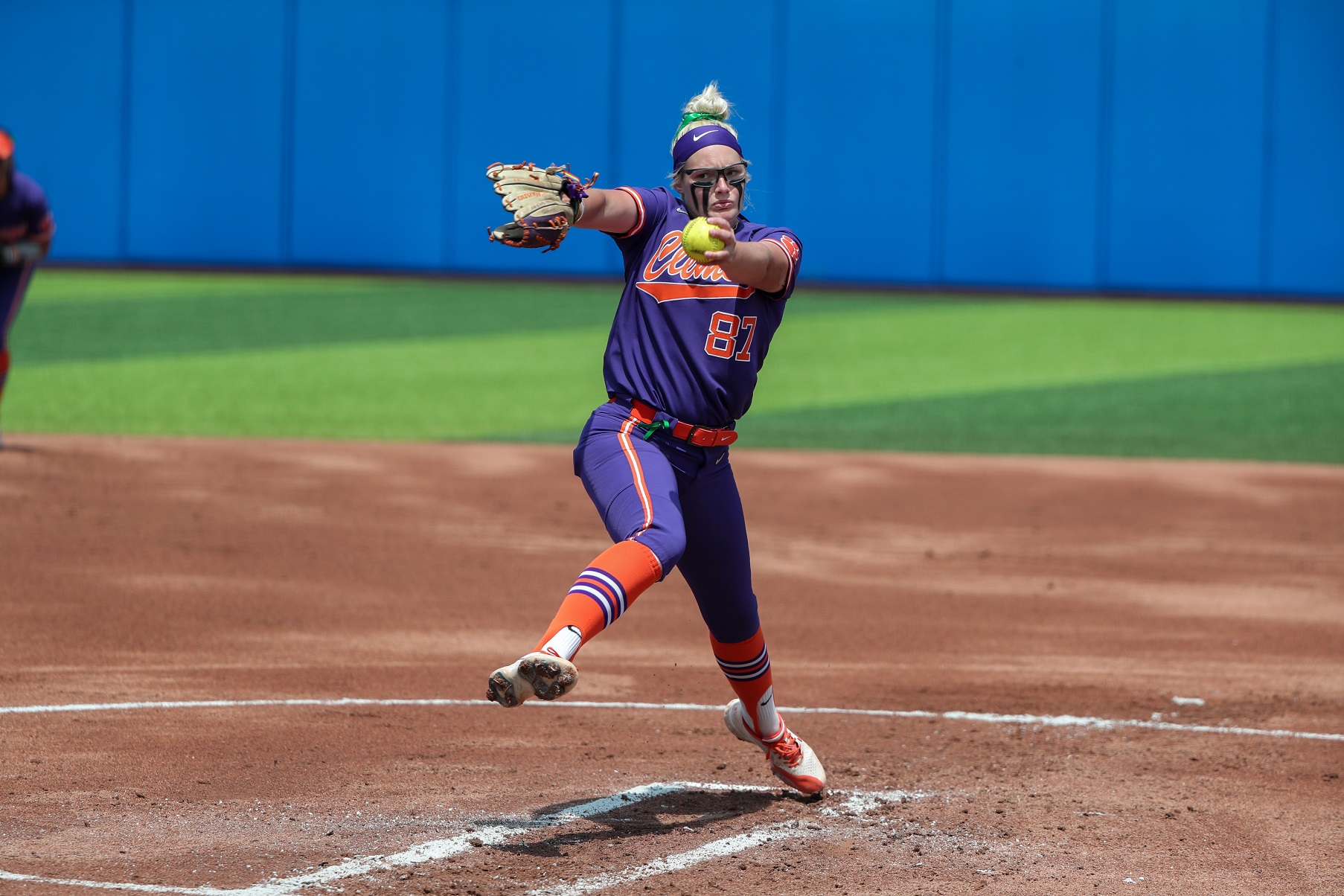 Millie Thompson has been the game 2 starter for most of the season behind Valerie Cagle. Thompson allowed 4 runs in the Tigers' only loss to Notre Dame, while Cagle allowed 3 runs in two winning starts against the Irish. However, Thompson has had the better season, and winning two games against Georgia Tech to end the regular season, Head Coach John Rittman decided to give her the ball in the win or go home ACC Tournament opener.

It turned out to be the right decision. Thompson gave up a 2-out, 2-run HR in the 1st, but then she settled in and pitched 5 scoreless innings. Logoleo quickly tied the game with a 2-run HR in the top of the 2nd, and the Tigers took a 3-2 lead on graduate Cammy Pereira's solo HR in the 5th. Freshman Aby Vieira, who scored on the Logoleo HR, added a crucial 2-out single for 2 runs to make it 5-2 in the 5th. Rittman moved Vieira up in the lineup to the 5 spot in the Tigers' last regular season game, and the move paid off big in this game. 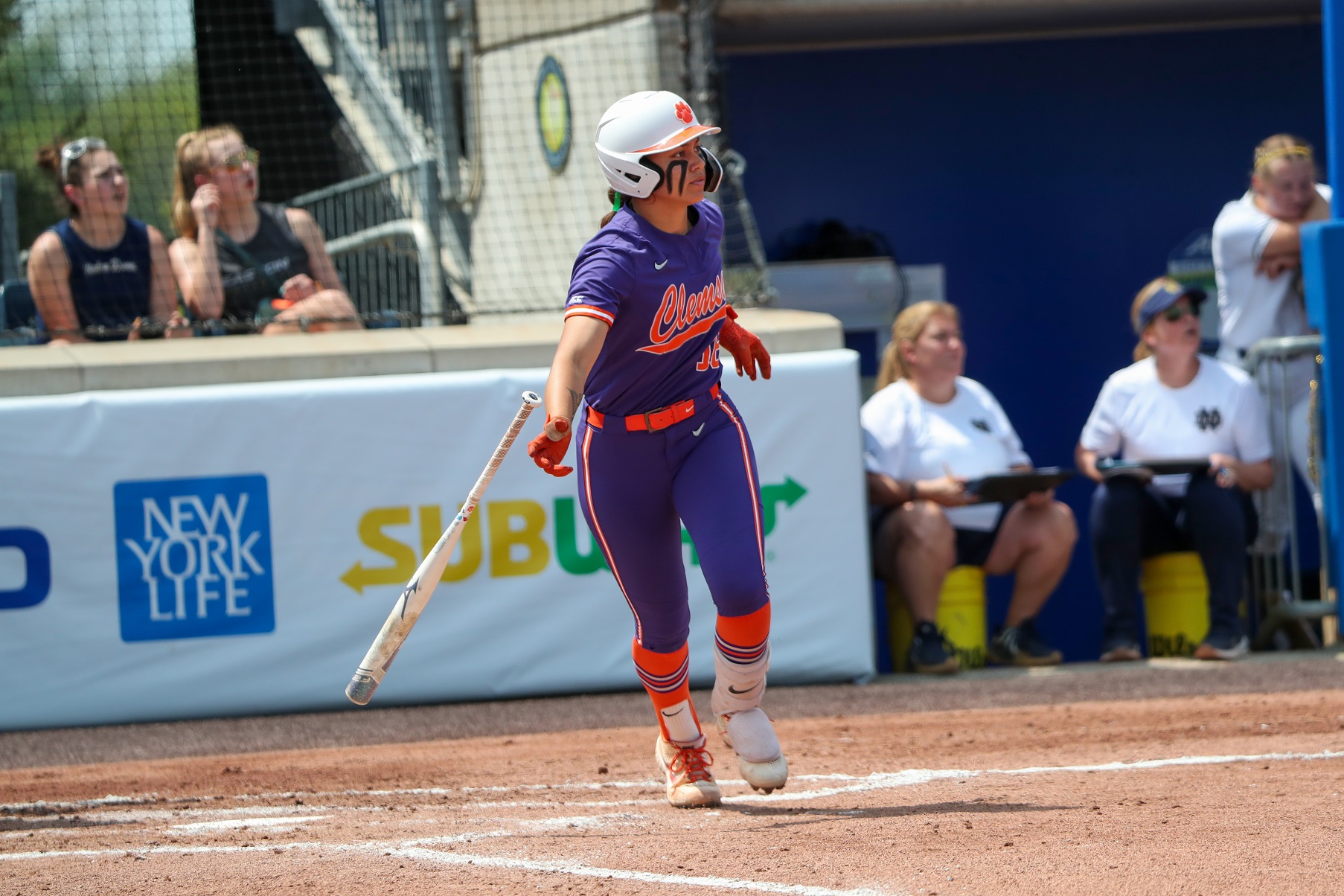 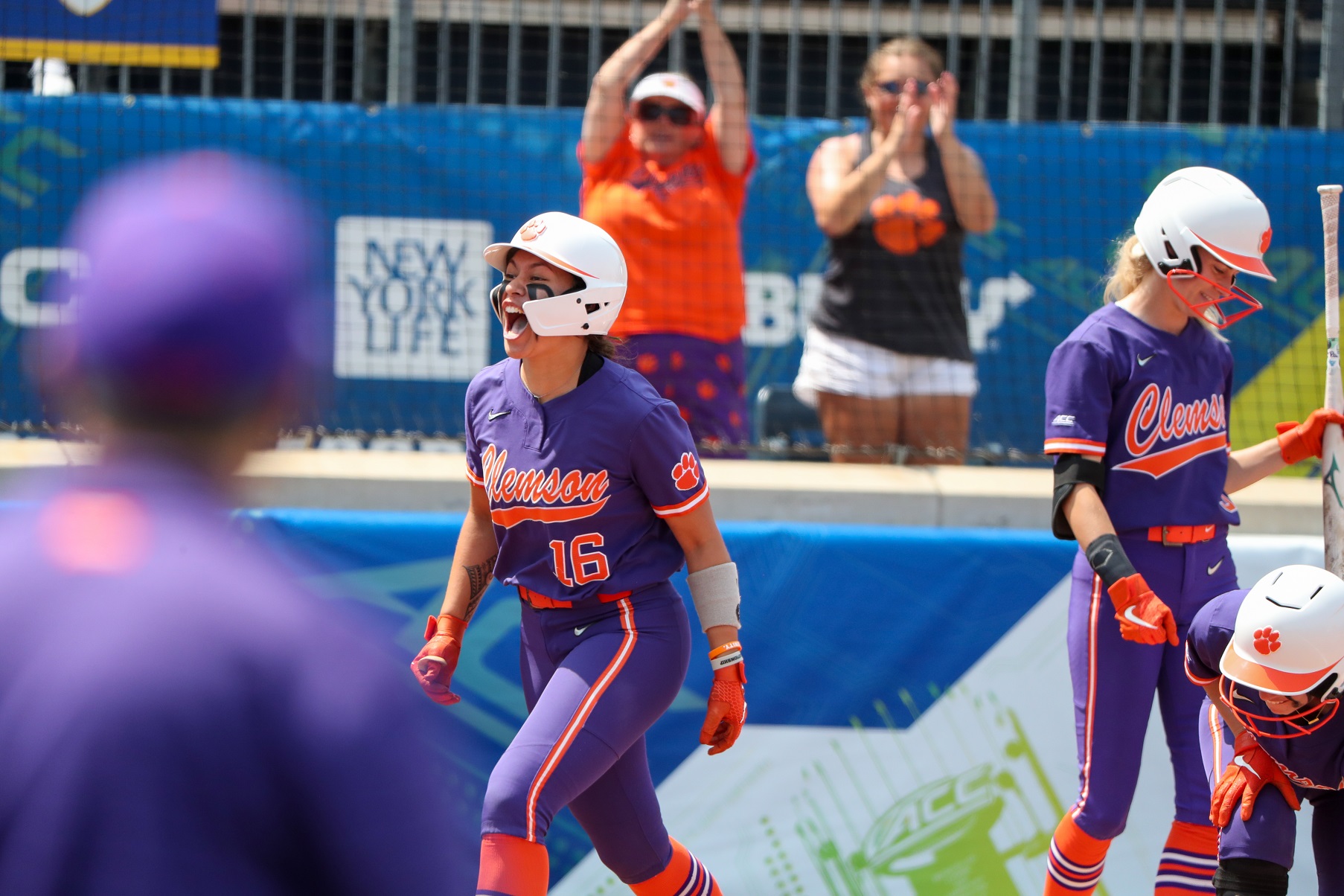 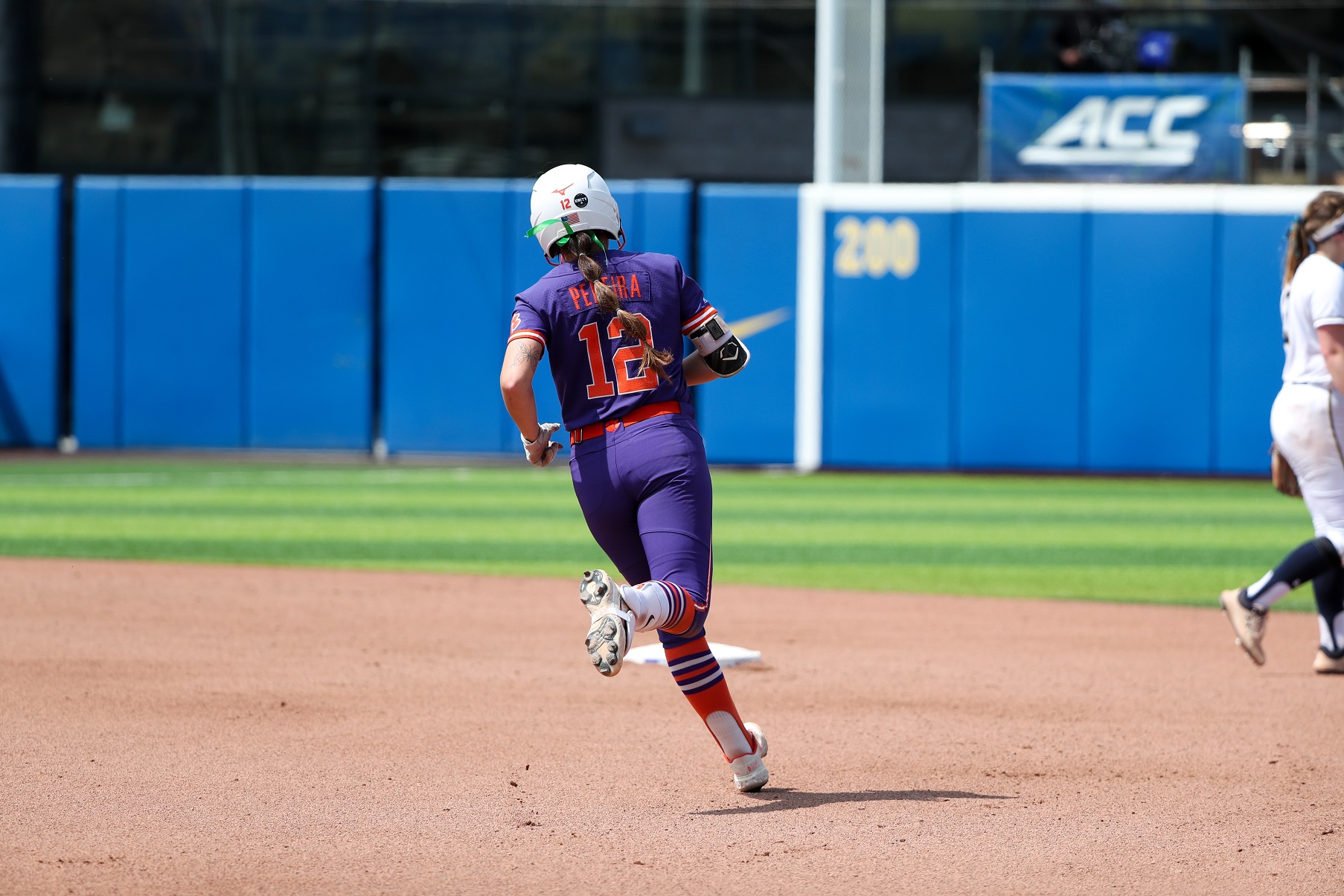 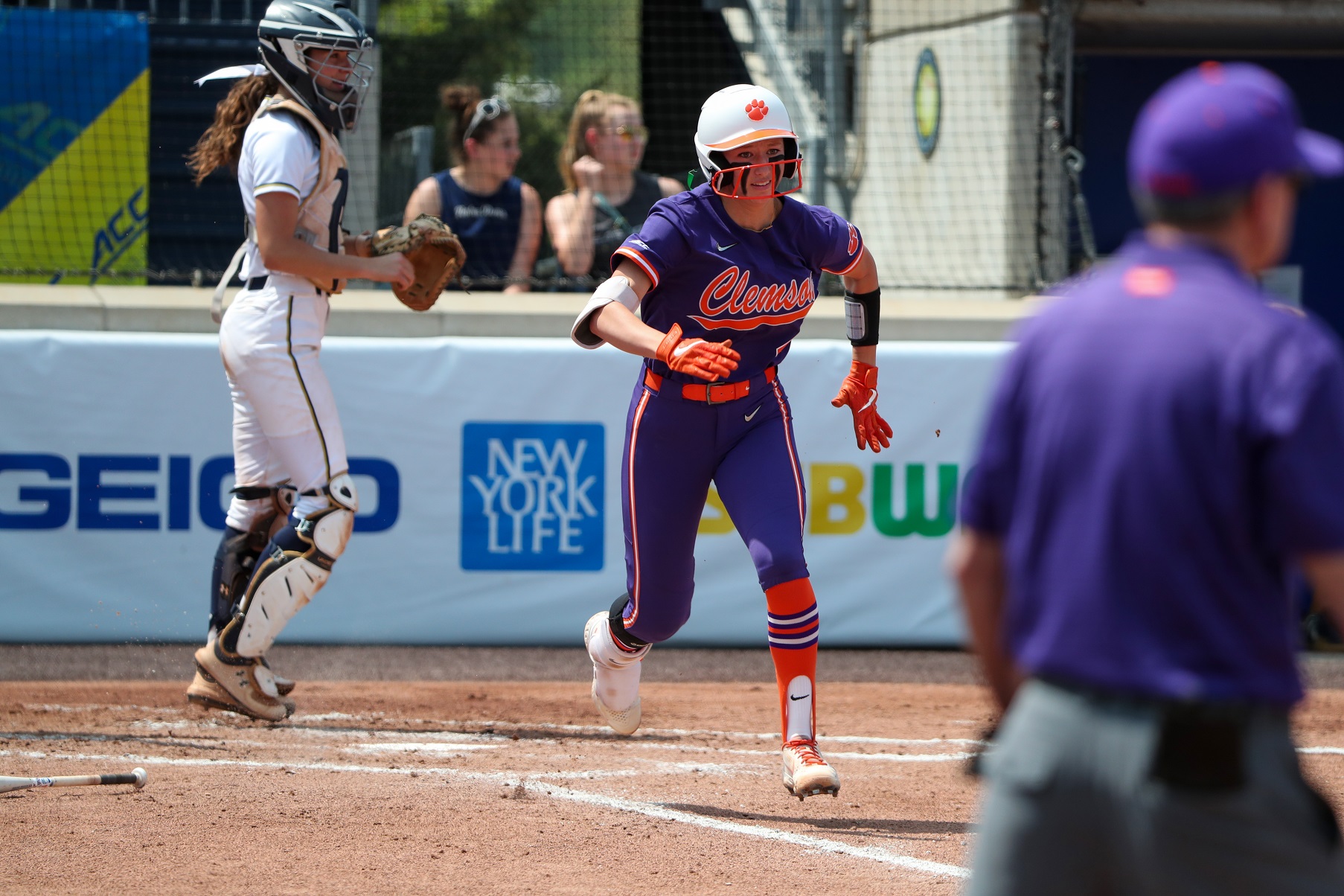 Cagle hit her team-leading 12th HR of the season in the 7th, and Russ hit a 2-out single for another run to give the Tigers a comfortable 7-2 lead in the final inning. Thompson gave up a run in the 7th but was able to finish the complete game thanks to a great tag by Vieira at the plate for the final out. 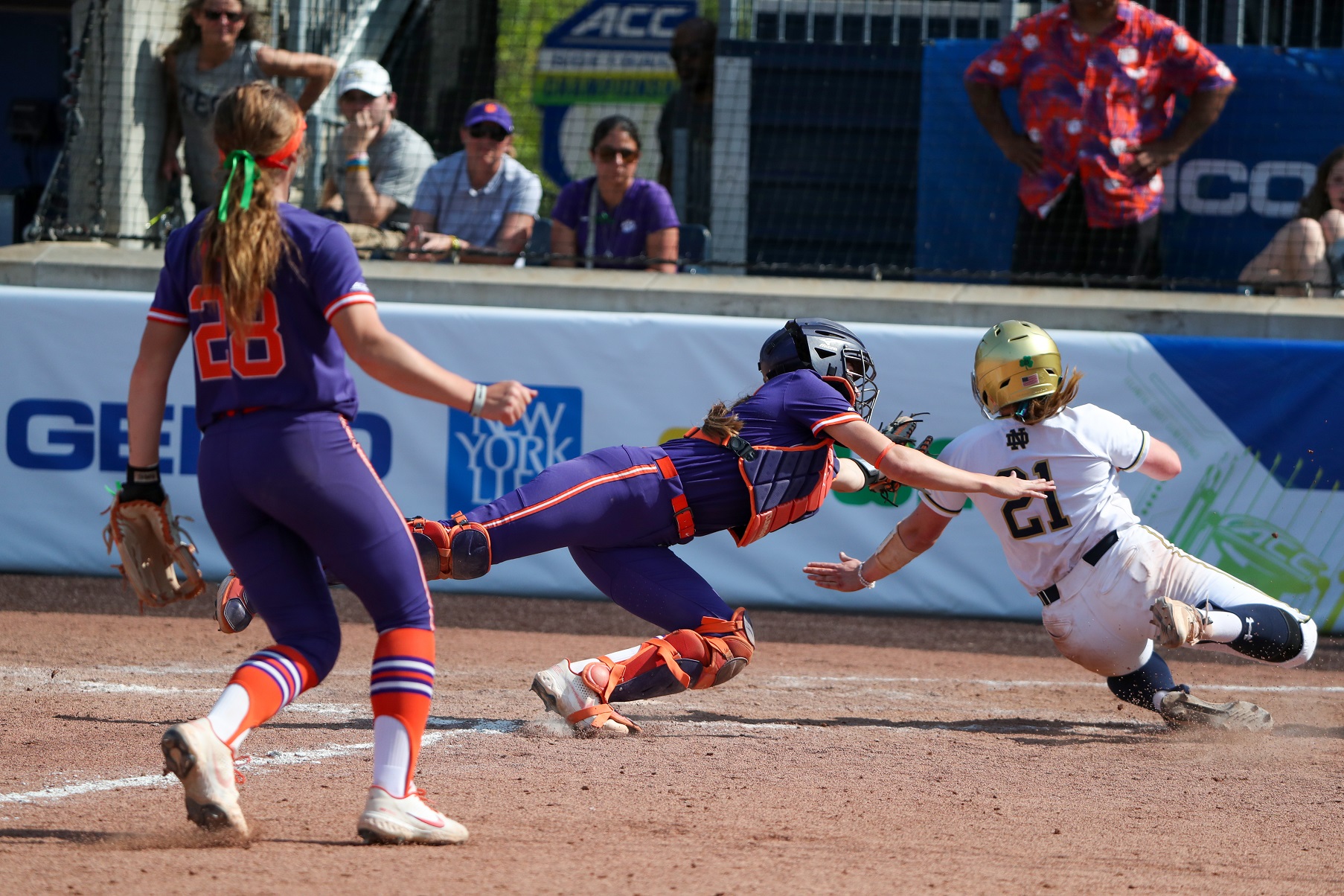 The Tigers had 5 All-ACC selections on Wednesday, and 4 of them--Thompson, Logoleo, Cagle and Vieira--had key contributions in the win. McKenzie Clark was the 5th, and she went 0-4, so I expect her to have a big Semifinal on Friday. The Tigers will face No.2 VA Tech at 1:00 on ACCN. With their first NCAA Regional host site all but locked up, if the Tigers can somehow beat No.2 VA Tech and No.3 FSU for their first ACC Tournament Championship, they could play their way into hosting a Super Regional as well!

The Hokies swept the Tigers in Clemson way back in early March and are 5-1 against the Tigers in the last two seasons. The good news is that All-American Keely Rochard pitched on Thursday in the Hokies' 1-0 win over Syracuse, so the Tigers won't have to face her. The bad news is that Emma Lemley is almost as good and shut out the Tigers when they faced her in Clemson. Valerie Cagle will be in the circle for the Tigers. She had two rough starts against the Hokies in that series, allowing 10 runs in 9 innings pitched. She is a Virginia native, so I'm sure she'd love to get some revenge against the Hokies from her home state! Incidentally, I asked Millie Thompson about her river dancing hobby, and she told me that she learned with Hokies' pitcher Emma Lemley, who the Tigers will face on Friday. How ironic is that?!

Click on the link below for live updates during Friday's semifinal. My exclusive post-game interviews with Rittman, Thompson, Logoleo and Cagle are below as well!