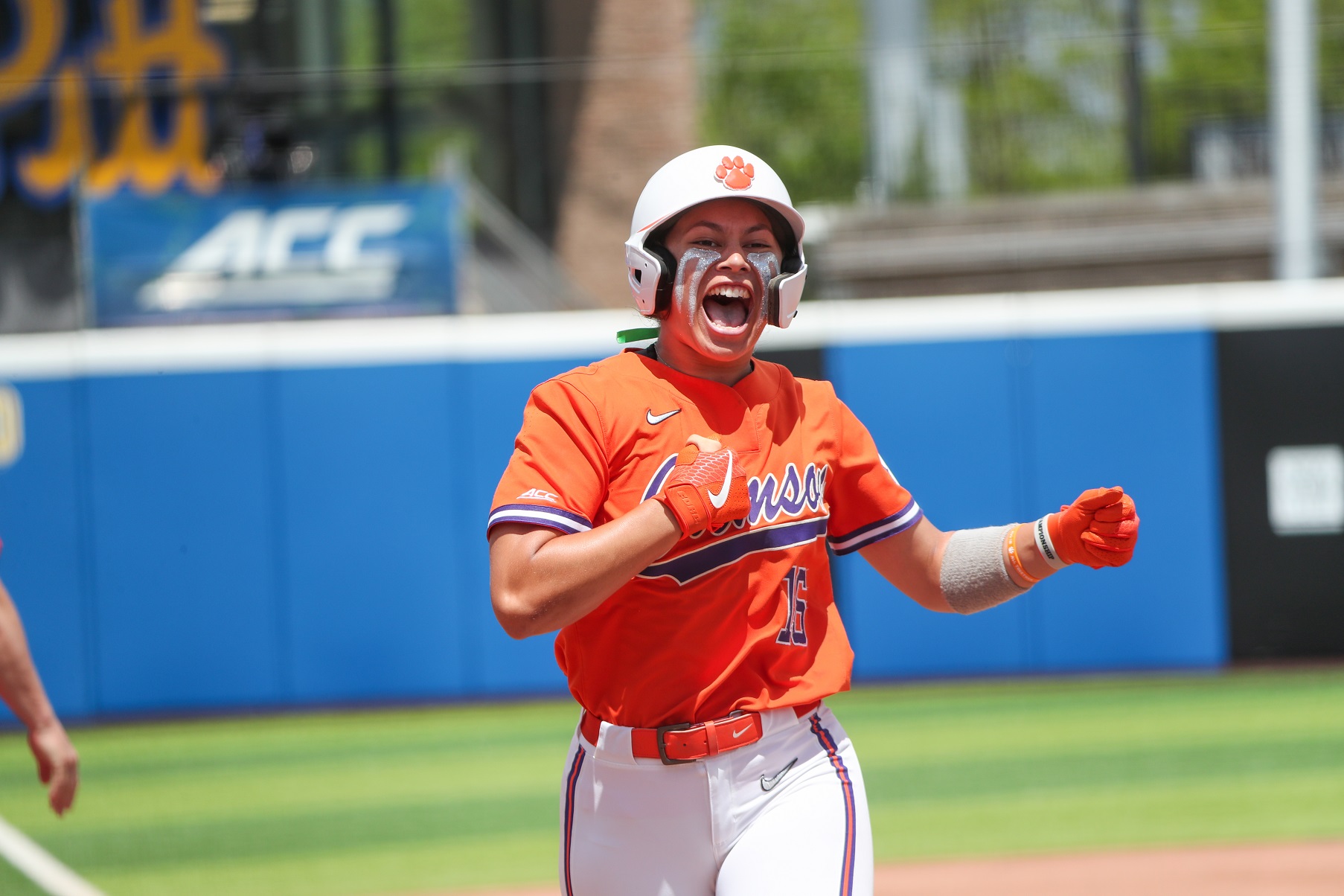 Photo by Trevor Groves
The Lady Tigers were impressive in their 7-3 win over No.19 Notre Dame on Thursday, but they would have to slay a giant if they were to advance to the ACC Championship for the second straight year. No.2 VA Tech took the Tigers' crown as reigning ACC regular season champions and hadn't lost a game in weeks. The Hokies swept the Tigers in Clemson back in early March and were 2-1 against the Tigers last season. The good news for the Tigers is that they wouldn't have to face All-American pitcher Keely Rochard. The bad news is that they would have to face Emma Lemley, who shut out the Tigers in early March.
However, this is a different Clemson team than the one that was swept at home by Lemley (who, incidentally, is a longtime close friend of Millie Thompson, who pitched a complete game in the Tigers' win over Notre Dame) and the Hokies. Logoleo, who hit a team-leading 12th HR to tie the Notre Dame game, homered again to give the Tigers a 1-0 lead in the 2nd and some confidence against the No.1 seed. All-ACC sophomore McKenzie Clark was 0-4 against the Irish, and I said she would bounce back with at least one big game in the tournament. Sure enough, she walked twice and scored the Tigers' second run on an error after a single by Guimbarda. That gave the Tigers a 2-0 lead in the 4th, and they extended their lead to 3-0 in the 5th thanks to a leadoff triple by grad transfer Sam Russ and a sac fly by Oda. The Hokies scored their first run in the 6th, but Logoleo hit her 2nd HR of the game and 3rd of the tournament in the 7th to give Cagle and the Tigers some insurance with a 4-1 lead. Logoleo is now 2 HR's ahead of Cagle for the team lead with 14. 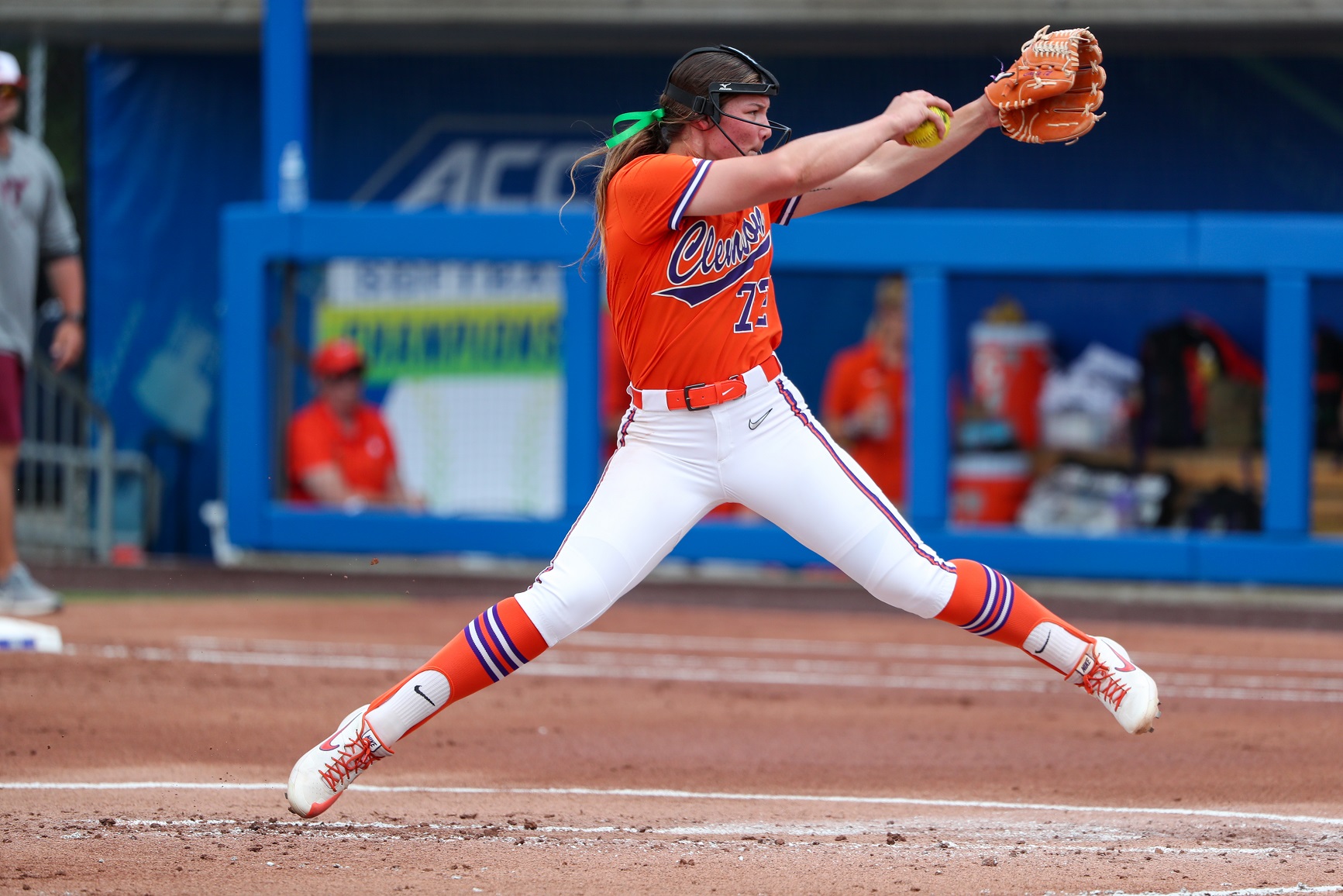 Cagle did not rack up the strikeouts like we've seen from her in big games, but she was masterful in the circle, not allowing a hit until the 5th inning. She only struck out two but allowed just four hits and one walk in the complete game performance. And that's the No.2 team we're talking about! It was just the 7th loss of the season for the Hokies. 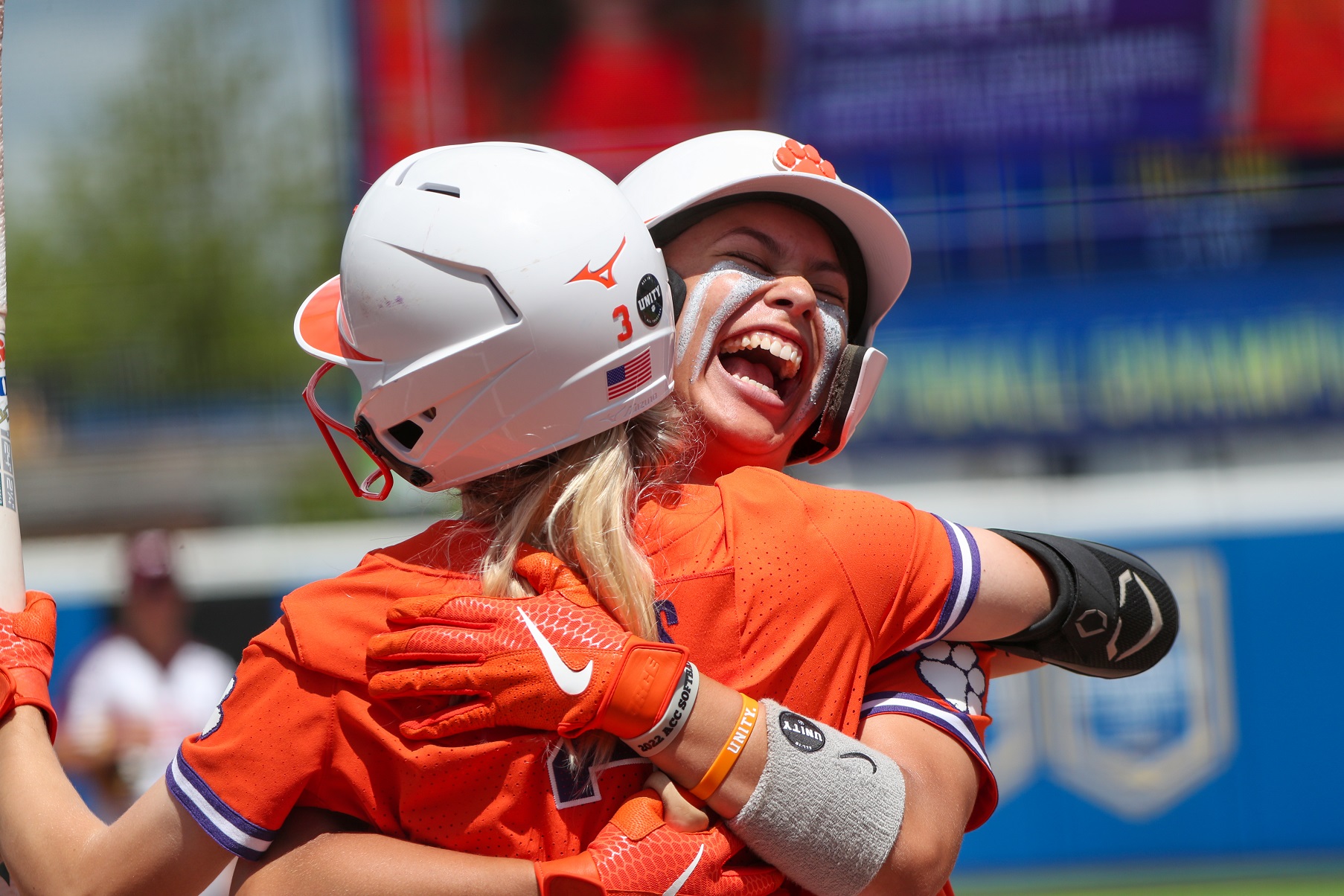 The Tigers will fittingly face No.3 FSU, the perennial ACC powerhouse that was national runner-up last season and national champ in 2018, which is coached by Lonni Alameda, John Rittman's former assistant at Stanford. The Tigers nearly won the first 2 back-and-forth games in Tallahassee and should have won the 1st but beat themselves with mistakes. They will need to play a clean game if they are going to post their first win over the mighty Seminoles for their first ACC Championship. Rittman told me after the game that he believes the Tigers have already earned a top-8 national seed, but I think they will probably have to beat the Noles in order for the Selection Committee to give them that. If the Tigers can knock off No.3 FSU after beating No.2 and No.19 en route to the ACC Championship, they will certainly have a strong case for that top-8 seed! Regardless of what happens on Saturday, the Tigers now know that they can beat anyone in the country, and that should serve them well in the NCAA Tournament. First pitch is at 1:00 Saturday on ESPN!
My exclusive post-game interviews with Rittman, Logoleo and Cagle are below.
MORE CLEMSON SOFTBALL, BASEBALL AND FOOTBALL COVERAGE HERE