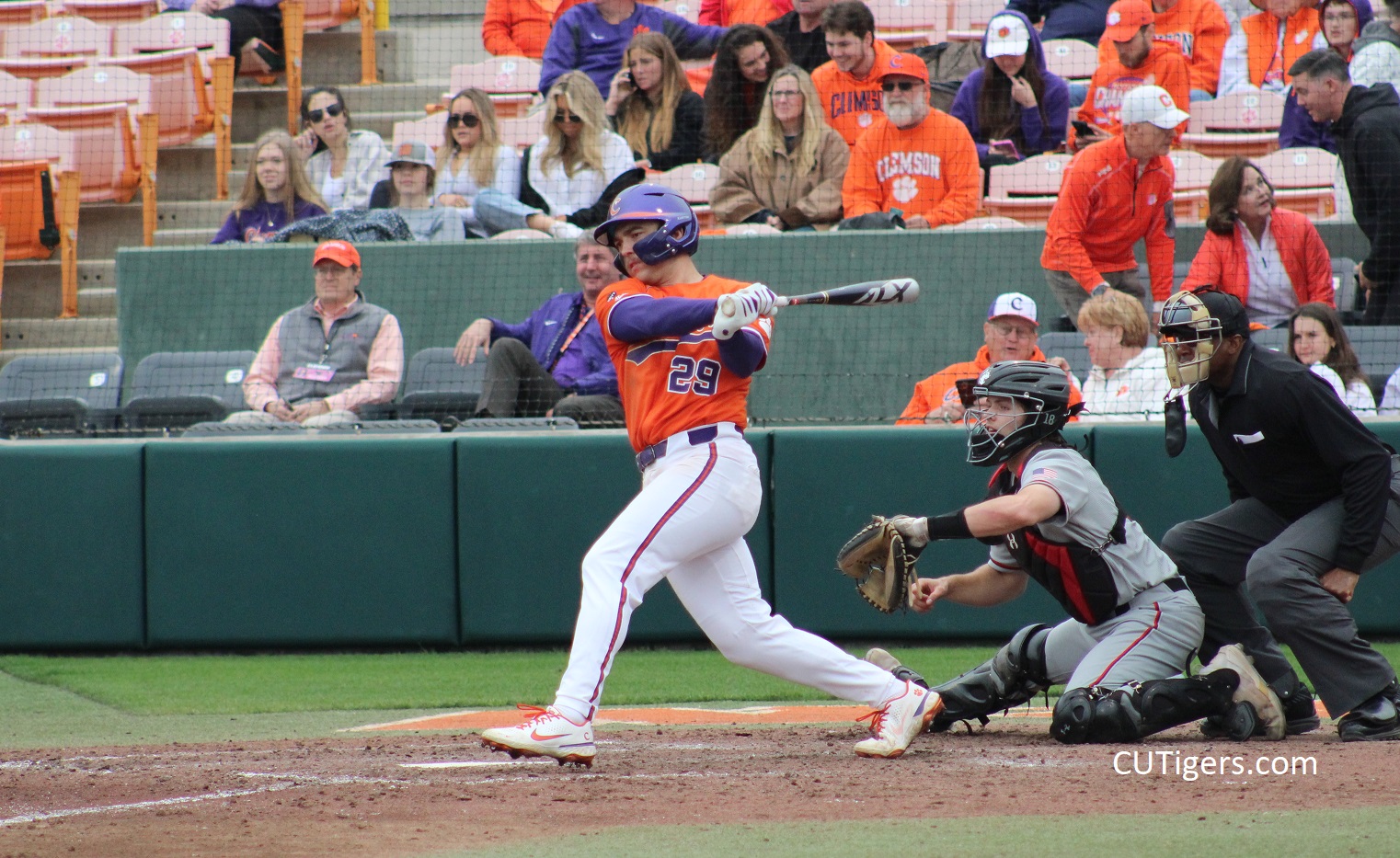 CLEMSON, SC - Well the Tigers took it on the chin again from Coastal Carolina on Tuesday, losing 17-2 after a quick turnaround from their road long, delay-ridden series at No.9 UVA. The pitching was absolutely horrendous, and the hitting wasn't a whole lot better. However, the Tigers bounced back on Thursday night against Boston College with much more at stake. The Tigers entered the last weekend of the regular season with a half-game lead on Duke for the last spot in the ACC Tournament. Duke has a 3-game series at VA Tech, which is 26-5 at home.
For the second straight home start, Anglin was outstanding on the mound for the Tigers, pitching 7 innings in both outings. It's just the 3rd time all season that a pitcher has lasted 7 innings for the Tigers. Anglin did so 2 weeks ago against Georgia Tech, and Hoffmann pitched 7 innings against Northeastern 2 months ago. Anglin gave up just 5 hits and one run with 7 K's against BC. Olenchuk had one of the terrible pitching performances at Coastal Carolina on Tuesday, but he gave up just a walk in the 8th inning against the Eagles. Rocco Reid gave up a single in the 9th but struck out 2 to close the game.
It figures that when the Tigers get good pitching, just about everyone hits and they score in droves! Wagner was 2-4 with his 25th HR of the season. He's alone in 2nd nationally and just 2 behind national HR leader Ivan Melendez for Texas. Grice was 3-4 with a HR and a double. Hawkins was 2-4 with a HR and 3 RBI's. Ingle was 3-4 with 3 RBI's after missing a week with an arm injury. Great to have him back in the lineup! French was injured running to 1st after his first at bat. It looked like perhaps a pulled hamstring. Freshman Reed Garris replaced him behind the plate and went 0-3 with 2 K's. They didn't want to put Ingle behind the plate yet just coming off the arm injury, so the loss of French in the lineup could hurt this weekend and in the ACC Tournament.
Duke lost at VA Tech, so the Tigers can clinch a spot in the ACC Tournament with a win on Saturday afternoon or a Duke loss on Saturday night!
MORE CLEMSON BASEBALL, SOFTBALL AND FOOTBALL COVERAGE HERE