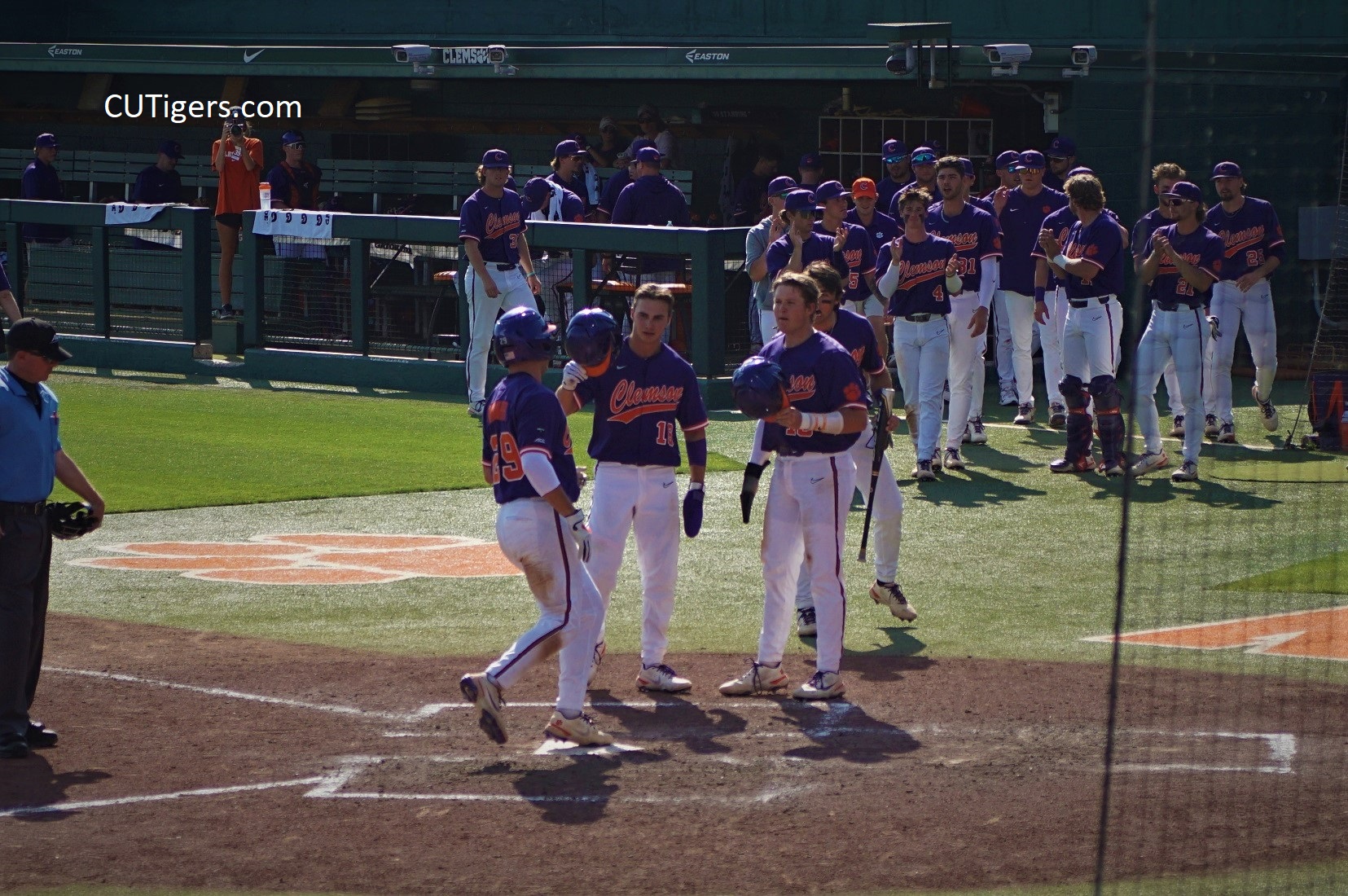 CLEMSON, SC - The Tigers needed a win or a Duke loss to clinch a spot in the ACC Tournament, and they took care of business in the penultimate game of the regular season! It was a tight 3-2 game in the 7th when Taylor beat out a double play to bring up Max Wagner, who hit a 2-out, 3-run HR to give the Tigers a nice 6-2 cushion. It was Wagner's 2nd HR of the series and 26th of the season. He is just one shy of the Clemson single-season record held by National Player of the Year Khalil Greene and 2 shy of the national HR leader, Ivan Melendez of Texas.
Geoffrey Gilbert was outstanding on the mound. The former reliever won his previous start at No.9 UVA, and the Tigers won his start before that as well in a no-decision. Gilbert allowed just 4 hits, including a pair of solo HR's, and one walk in 5.2 innings. Gordon was also outstanding out of the pen.
Freshman catcher Reed Garris made his first career start and drove hit a 2-out RBI single for his first career hit. He replaced French early in the game on Friday night when French pulled his hamstring running to 1st. Monte told me after the game that French would likely be out for the rest of the season, and they do not intend to put Ingle behind the plate due to his recent arm injury. So it will be the freshman Garris behind the plate for the rest of the season. He's done a great job defensively in 2 games. Gilbert told me after the game that Garris has been catching him since little league, and they are very close. As serendipity would have it, Gilbert was starting on the mound with Garris making his first career start in the penultimate game of the regular season!
The Tigers will go for the Senior Day sweep on Saturday at 11:00. Post-game interviews are below!
MORE CLEMSON BASEBALL, SOFTBALL AND FOOTBALL COVERAGE HERE