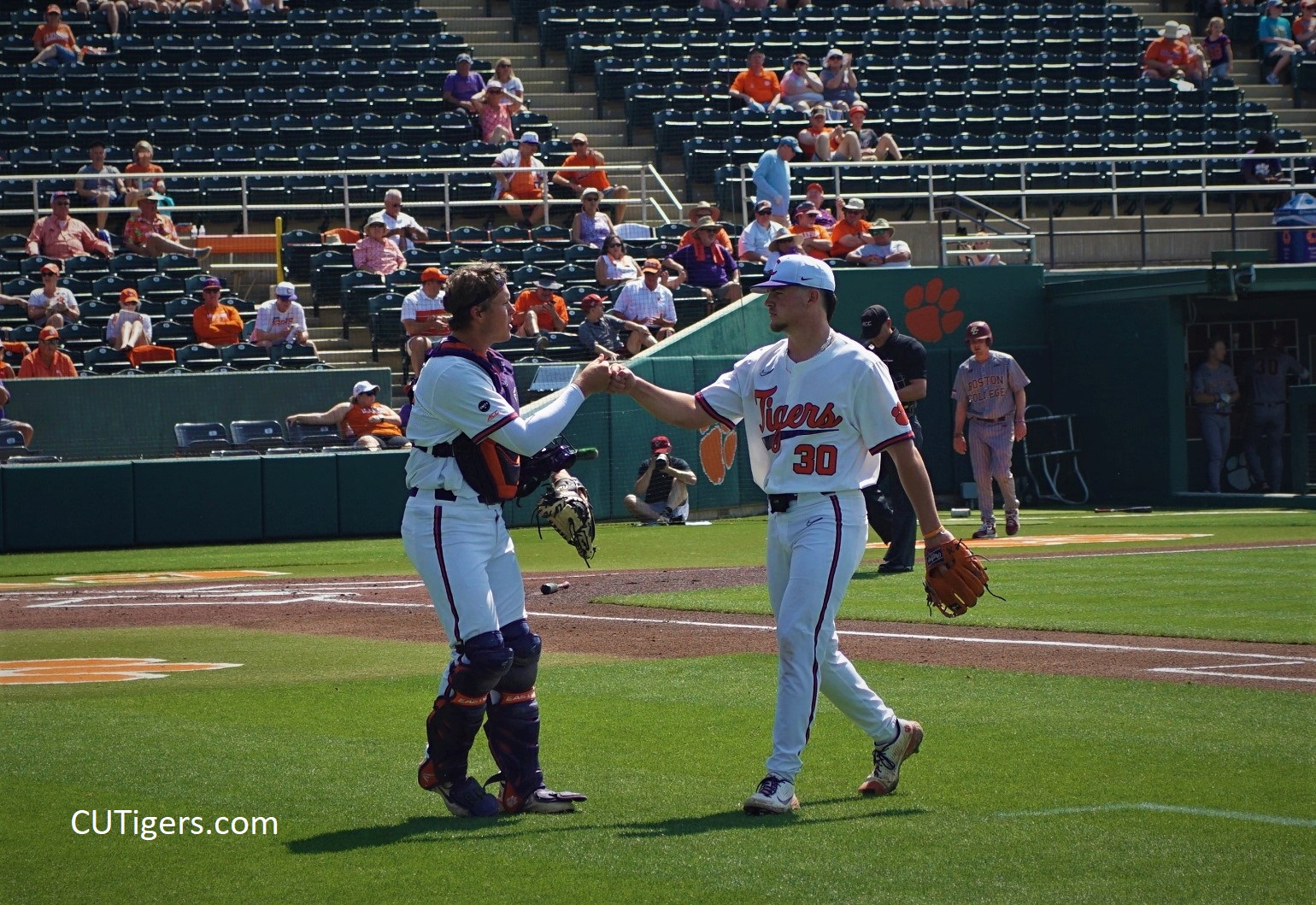 CLEMSON, SC - The Tigers clinched a spot in the ACC Tournament with their 6-2 win over BC on Friday, but they still had work to do if they want to make the NCAA Tournament, so sweeping a BC team that's dead-last in the ACC was a must. Freshman Billy Barlow was as good as he's been all season, allowing just one hit and no walks in 6 innings. Lindley allowed one hit and one walk in 1.2 innings, and closer Ryan Ammons struck out the side in the 9th to pick up his 8th save.
The Tigers broke the scoreless tie in the 3rd with a sac fly by Taylor, and the game would remain 1-0 until the 7th when Ingle walked with the bases loaded. Wright singled for another run, but Corbitt and Hawkins struck out to strand them loaded. Freshman catcher Reed Garris made his second start and hit the game's only HR in the 8th for 2 more runs to make the final 5-0. Garris made his season debut when French pulled his hamstring in the 2nd inning on Thursday night. The freshman hit a 2-out RBI single for his first career hit on Friday and went 2-3 with a HR on Saturday while doing a great job defensively as well! Wagner is still sitting on 26 HR's, just one short of Khalil Greene's Clemson single-season record and 2 shy of the national lead.
The Tigers will travel to Charlotte for the ACC Tournament in a few days, and I'll have live coverage for you. In my opinion, the Tigers have already done enough to receive an at-large NCAA bid, but a couple wins in the ACC Tournament would certainly help! The Tigers have 14 wins over ranked teams this season and swept both UGA and South Carolina for the first time in 50 years! Their ACC record isn't great, but keep in mind that the ACC had a historically great season. 12 of the 14 teams were ranked at some point. The Tigers arguably had the toughest schedule in the nation.
Post-game interviews are below!
MORE CLEMSON BASEBALL, SOFTBALL AND FOOTBALL COVERAGE HERE