STILLWATER, OK - The Tigers played a flawless defensive game in Thursday's 2-0 loss at No.7 Oklahoma State. In retrospect, they should have saved that performance for game 2. If they had, they would have found themselves in a 1-1 tie in extra innings on Friday night. The game began with a prophetic passed ball when Cagle struck out the leadoff batter. She reached 1st, and a couple of wild pitches later, she was standing on 3rd with no outs. Cagle would salvage the inning after giving up a sac fly for the first run of the game, but the fact that the first player to score did so after a strike out foreshadowed what was to come next. With the score 1-0 in the 2nd inning, All-ACC shortstop Alia Logoleo, defensively reliable all season, made 3 consecutive errors that produced 3 more runs to give the Cowgirls an early 4-0 lead with the home crowd advantage. 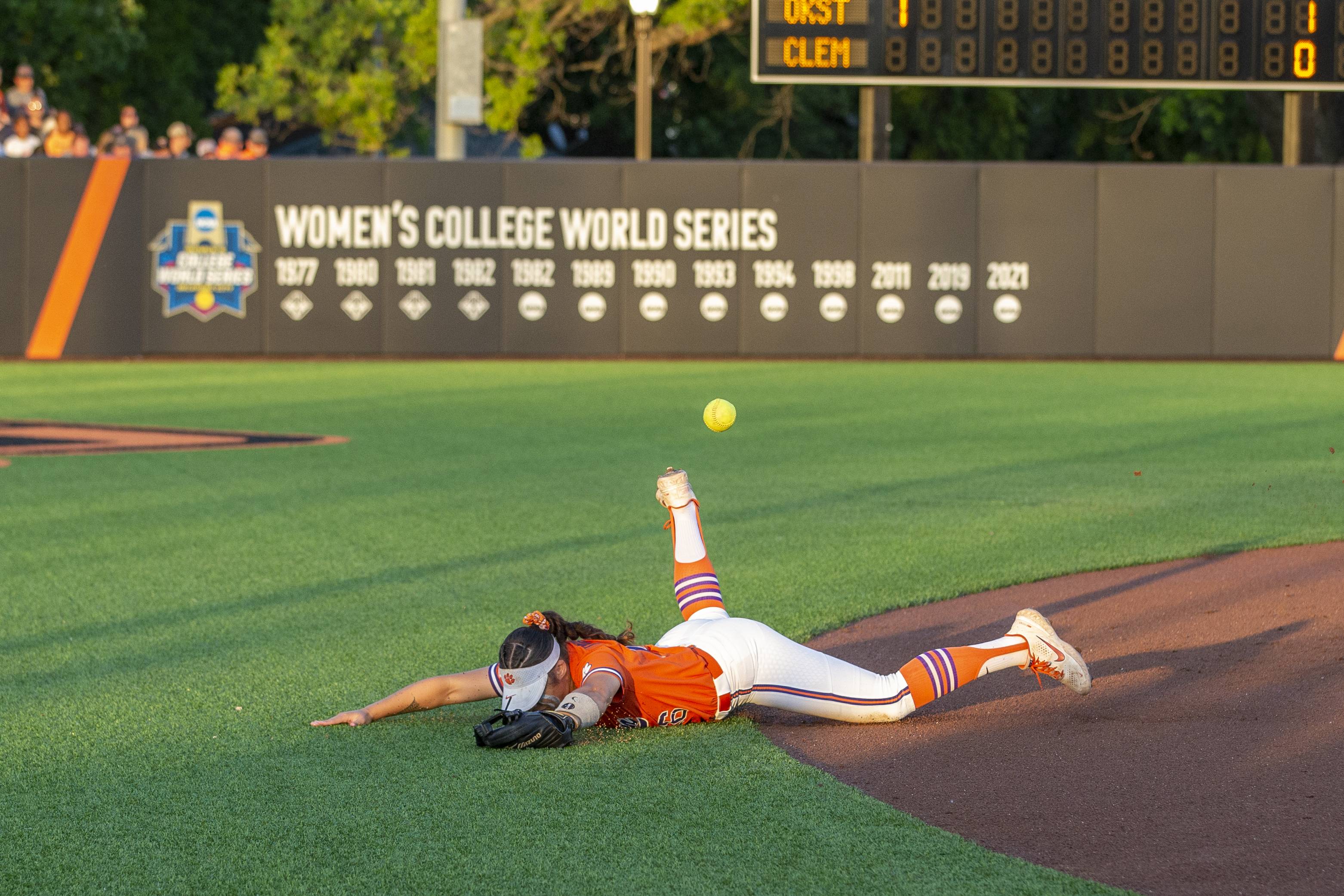 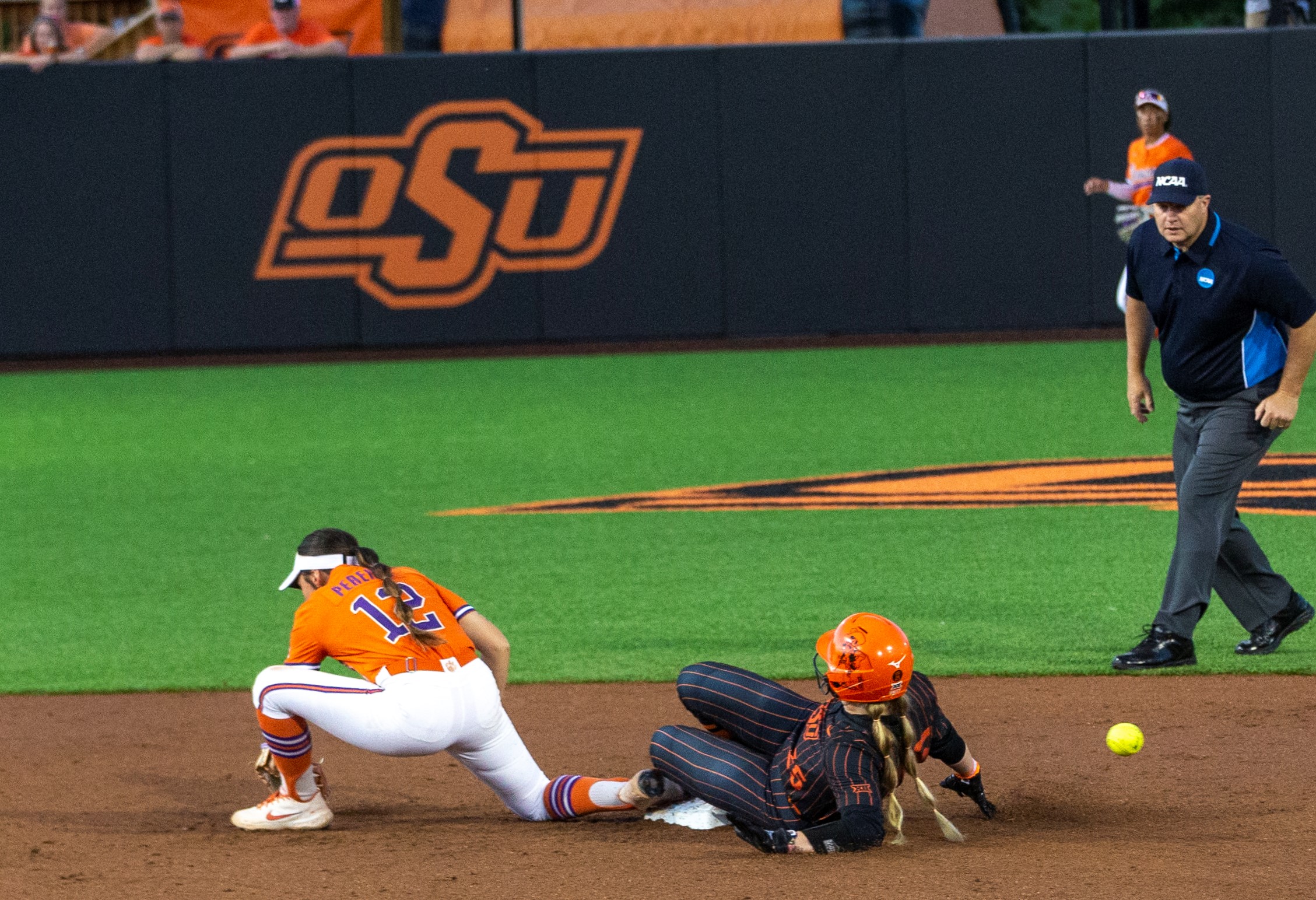 The 4-run lead was more than enough for pitcher Morgan Day, who had recently held Texas to one run in 7 innings and No.1 Oklahoma to one run in 5 innings in the Big 12 Tournament, and Kelly Maxwell, who was waiting in the wings after a 2-hit shutout performance on Thursday. McKenzie Clark hit a solo HR in the 3rd to prevent another shutout, but the Cowgirls answered in the 4th with their own solo HR, the only run they earned in the game. The Tigers had other scoring opportunities but spread out their 5 hits and left 9 on base with 8 strikeouts. After getting 2 on with one out in the 6th, Maxwell returned to the circle to close the door on the Tigers. Cagle pitched a great game that should have given the Tigers an opportunity to win, but they beat themselves with the errors and unearned runs. A great team like Oklahoma State will make you pay for those mistakes, especially at home. Cagle was also great at the plate, reaching base 3 times. 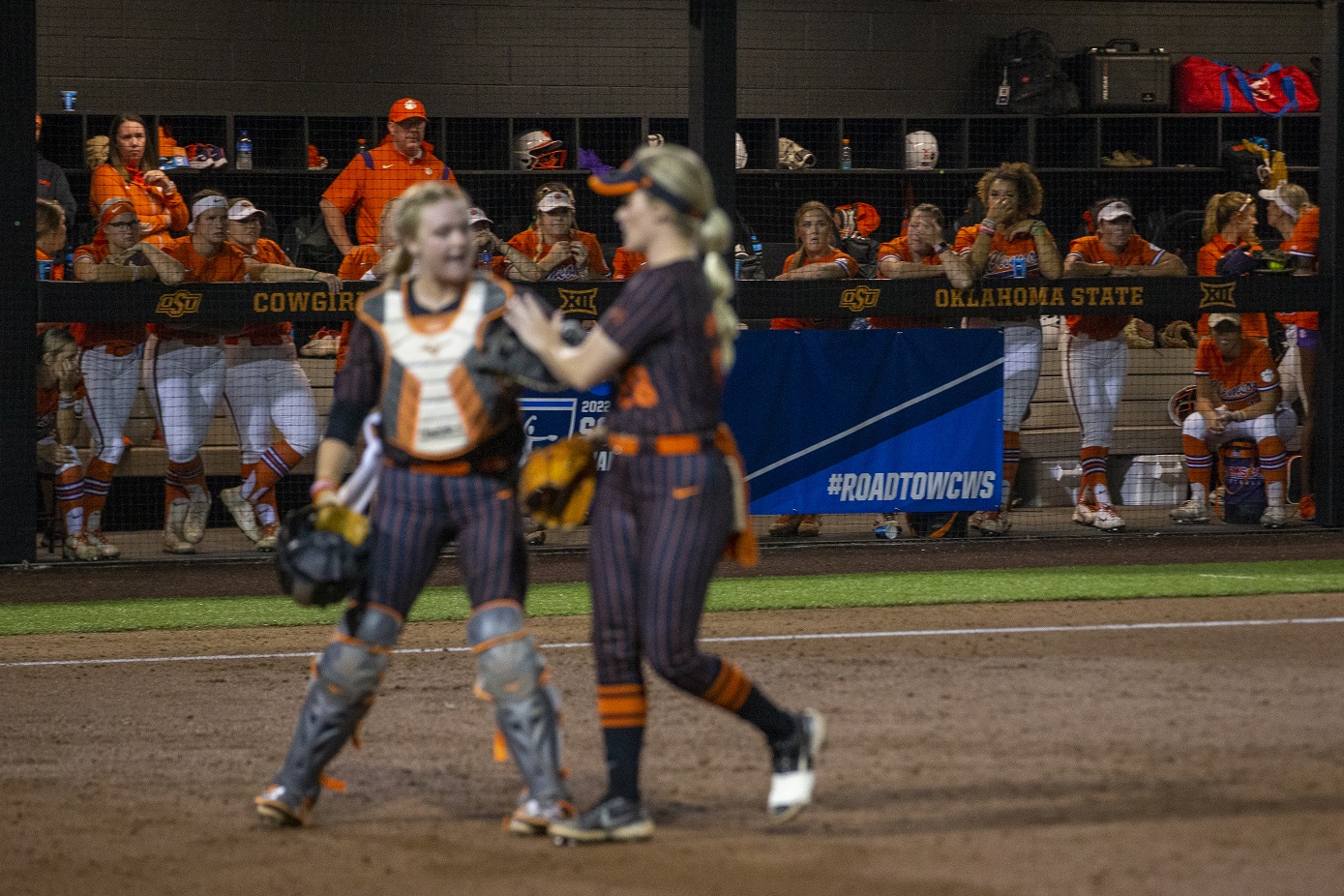 It's a pity for the season to end because of errors, but the Tigers have nothing to hang their heads about. They made it to their second straight ACC Championship Game, hosted their first Regional which they swept and made their first Super Regional. This young program has made enormous leaps in a short span, and the next one is to host a Super and make the World Series next season, which is likely with the players they have returning, including their two All-ACC pitchers, and the recruits Rittman will bring in.
MORE CLEMSON SOFTBALL, BASEBALL AND FOOTBALL COVERAGE HERE