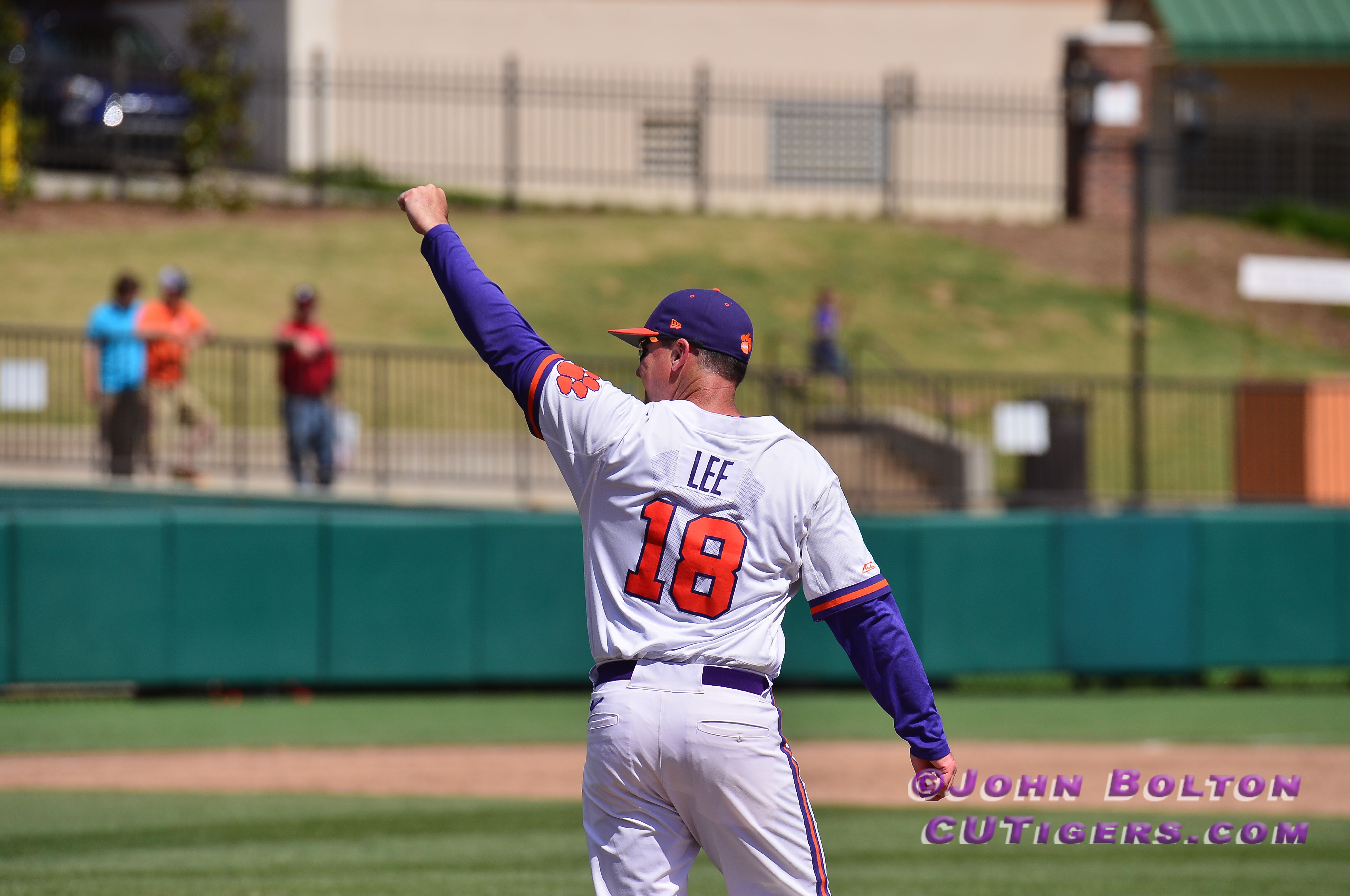 I said before the season that I believed he needed to at least make the NCAA Tournament and probably win a regional to save his job, and neither of those things happened. In fact, when we had our introductory press conference with new AD Graham Neff, my first question was about Monte Lee's job security. Clemson is 5th all-time in NCAA Tournament appearances, and Monte failed to make the tourney in his last 2 seasons. In his defense, literally any other year, this Clemson team would have made the tournament. The Tigers were ranked 34 in the RPI and beat 13 ranked teams this season, including 5 in the top 10. They also swept UGA and South Carolina for the first time in 50 years. But in the end, the trajectory of the program was not going the right way. He won the ACC Tournament in his first season with mostly Leggett's players, and it has been downhill ever since while other ACC programs like Louisville, UVA and even VA Tech this season have flourished.
Keep it right here for the latest developments as Graham Neff is on the clock to make his first major hire less than 4 months on the job as Athletic Director. At the top of my wish list would be Vitello, whose Tennessee team has been No.1 all season and has been one of the most dominant teams ever. I'm sure Neff will give Kevin "Sully" O'Sullivan, former Clemson assistant under Leggett, a call as well. I wouldn't get my hopes up for him, though, and certainly not Vandy Coach Tim Corbin, each of whom have won national titles since leaving Clemson. I know Corbin is very happy where he is and treated like a king at Vandy.
Just some early thoughts. I already mentioned Tennessee's Tony Vitello. I would look at Maryland's Rob Vaughn, who is one of the youngest head coaches in the Power Five. The Terps are hosting a regional for the first time in program history. Another one I'd look at is Mississippi State's Chris Lemonis, who won the national title last year, although they are serious about their baseball in Starkville, and you may not be able to pull him out of there. Speaking of which, I wonder if Clemson would be able to entice either head coach to leave UVA or Louisville for more money. After all, if you can't beat em, hire em! Finally, I imagine Clemson will consider Erik Bakich from Michigan, another former Clemson assistant under Leggett, who was on staff with Corbin and O'Sullivan. He took Michigan to Omaha a few years ago.
I'd add Texas Tech Head Coach Tim Tadlock to the list. He took a program that was nothing historically and made it to Omaha 4 times in the last 7 seasons. And Notre Dame's head coach played at FSU for the legendary Mike Martin. He has done an outstanding job with that program at a tougher place to recruit than Clemson.
Comments from AD Graham Neff and the release from Clemson are below. Keep it right here for all the latest!
CLEMSON, S.C. - Director of Athletics Graham Neff announced on Tuesday a change in leadership within the baseball program. Monte Lee will not return as head coach for the 2023 season after seven seasons at the helm of the program. A national search for the next head coach will commence immediately.
“Monte and his staff have been nothing but professional in their approach to Clemson Baseball, and we appreciate the manner in which they’ve represented Clemson University,” said Neff. “The expectations for Clemson Baseball are very high, and the team’s recent on-field performance has not met those of our administration, our coaching staff, our student-athletes or our loyal fanbase. Clemson Baseball is a proud program, and we, as a department, are committed to doing all we can to return our program to national prominence. We will work with our student-athletes to ensure that the transition process is successful.”
Lee was 242-136 (.640) overall and 102-86 (.543) in league play in seven seasons as Clemson's head coach, which included trips to the NCAA Tournament from 2016-19, as well as the ACC Championship in 2016. Clemson finished the 2022 season with a 35-23 overall record, and finished tied for 11th in the ACC standings. Over the past two seasons, Clemson was 60-50 (.545) overall and 29-36 (.446) in ACC play, missing the NCAA Tournament in each season.
Academically, the baseball program has registered a perfect 1000 Academic Progress Rate and a 100% Graduation Success Rate in each of the past five cohorts.
A total of 32 Tigers have been drafted 35 times under Lee. The 35 draft picks are 10th most in the nation and third-most in the ACC from 2016-21. Prior to his time at Clemson, Lee amassed a 276-145 (.656) record and four berths in the NCAA Tournament in seven seasons at College of Charleston.
Assistant Coach Bradley LeCroy and Director of Operations Brad Owens will oversee the program while the search is conducted.
MORE CLEMSON BASEBALL, SOFTBALL AND FOOTBALL COVERAGE HERE