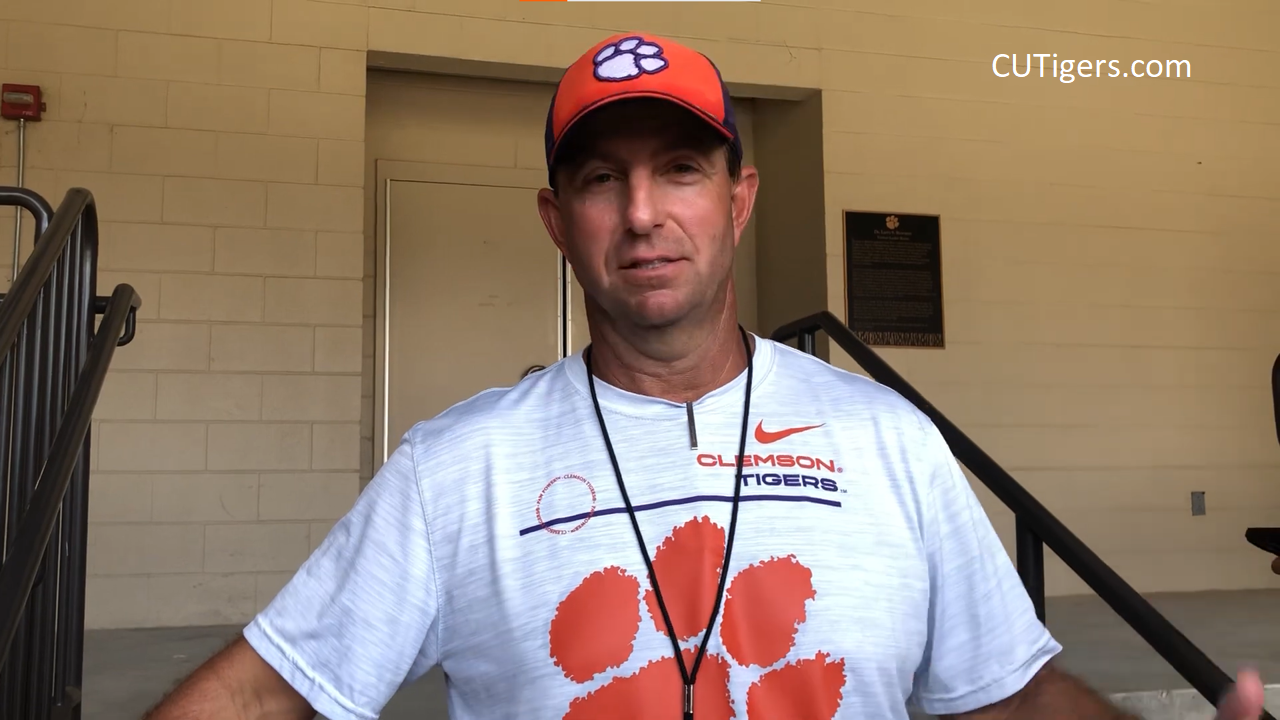 CLEMSON, SC - The good news is the offense won the day! That's impressive, considering the Tigers likely have the nation's best defense and it's only been a week of camp. The bad news is that Troy Stellato tore his ACL late in practice yesterday. He was fine when I saw him practicing but tore it shortly after I left. So he'll miss a second straight season due to injury. He would have been a weapon this season! Dabo said he hopes to get Beaux Collins and EJ Williams back soon. With those guys out, it's given more opportunities to the younger guys, and freshman Cole Turner is taking advantage. Dabo has raved about Nolan Turner's younger brother since the first day of practice, saying that he's one of the fastest players on the team and catches everything. I asked him a few days ago if he might help them in the punt return game, and he said yes but that they probably wouldn't burn his red shirt for that. Well, today was saying that he's making it harder and harder to red shirt him! We had a brief scare when we saw Xavier Thomas carted out of the stadium while we were waiting for the scrimmage to end, but Dabo told me he didn't think there were any serious injuries in the scrimmage, maybe an ankle. I even asked him about the week Xavier has had, and Dabo didn't mention Xavier being injured, so hopefully he's fine.
I'll have more insights from the scrimmage posted shortly, and our full interview with Dabo is below!
MORE CLEMSON FOOTBALL COVERAGE HERE