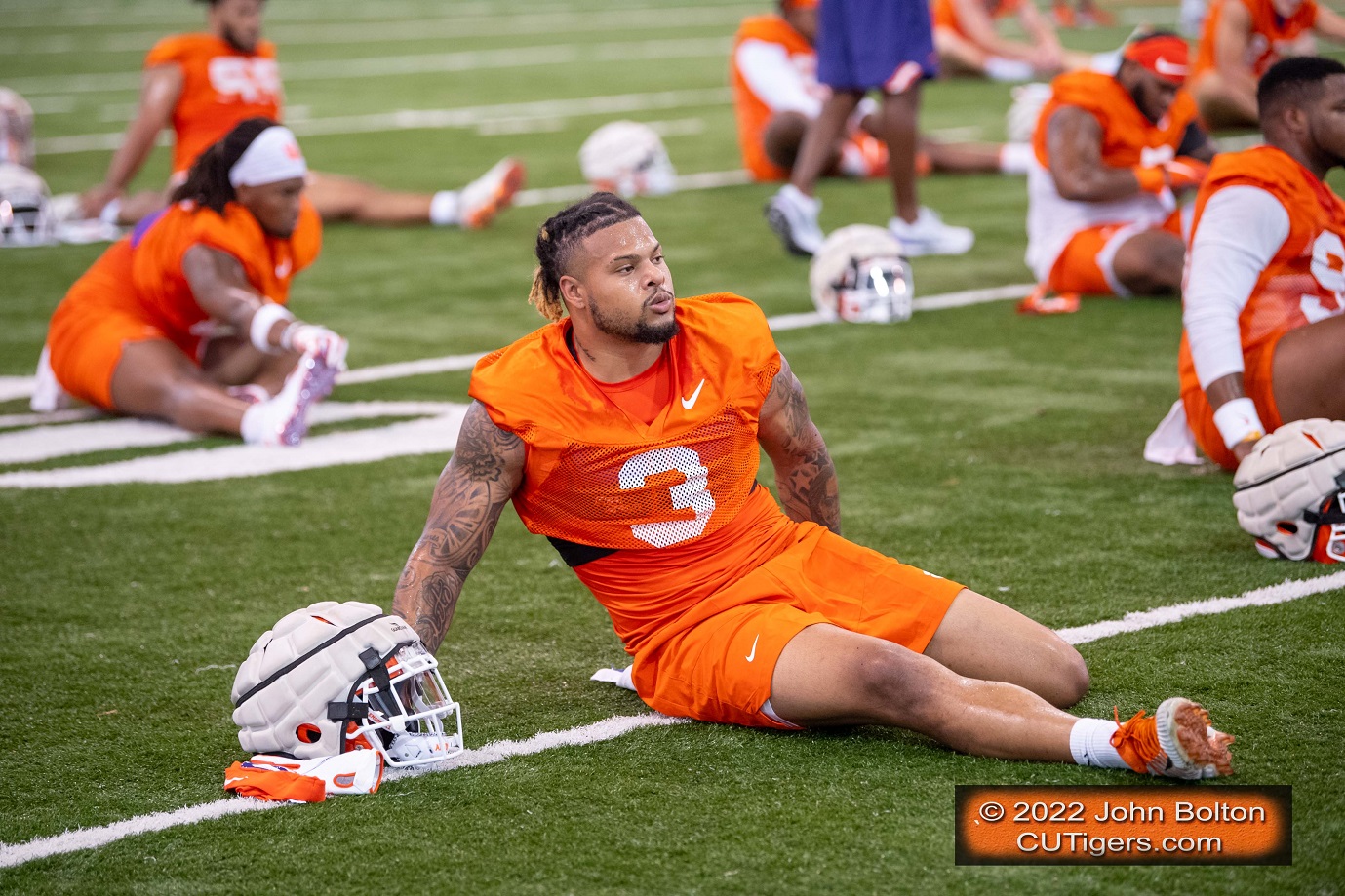 CLEMSON, SC - The Tigers practiced in Death Valley again on Monday, and Wes Goodwin confirmed some bad news on the injury front. As I reported on Saturday, I saw Xavier Thomas carted out of the stadium while we were waiting for the scrimmage to end. I asked Dabo if there were any serious injuries in the scrimmage and later specifically asked about XT, and Dabo said he didn't think there were any injuries, maybe an ankle or something. Sure enough, Wes Goodwin just confirmed that XT will miss the next 4 to 6 weeks. The good news is that the Tigers are deep at defensive end, including 3 starters in Murphy, Henry and Thomas. Hopefully XT will be back for the game at Wake in late September and especially the following week against NC State--2 critical division games. Ironically, I was just commenting to a reporter on Friday how amazing XT looks physically, without an ounce of fat on him, and sure enough, he injures his foot the next day! I guess I should have knocked on wood.
MORE CLEMSON FOOTBALL COVERAGE HERE