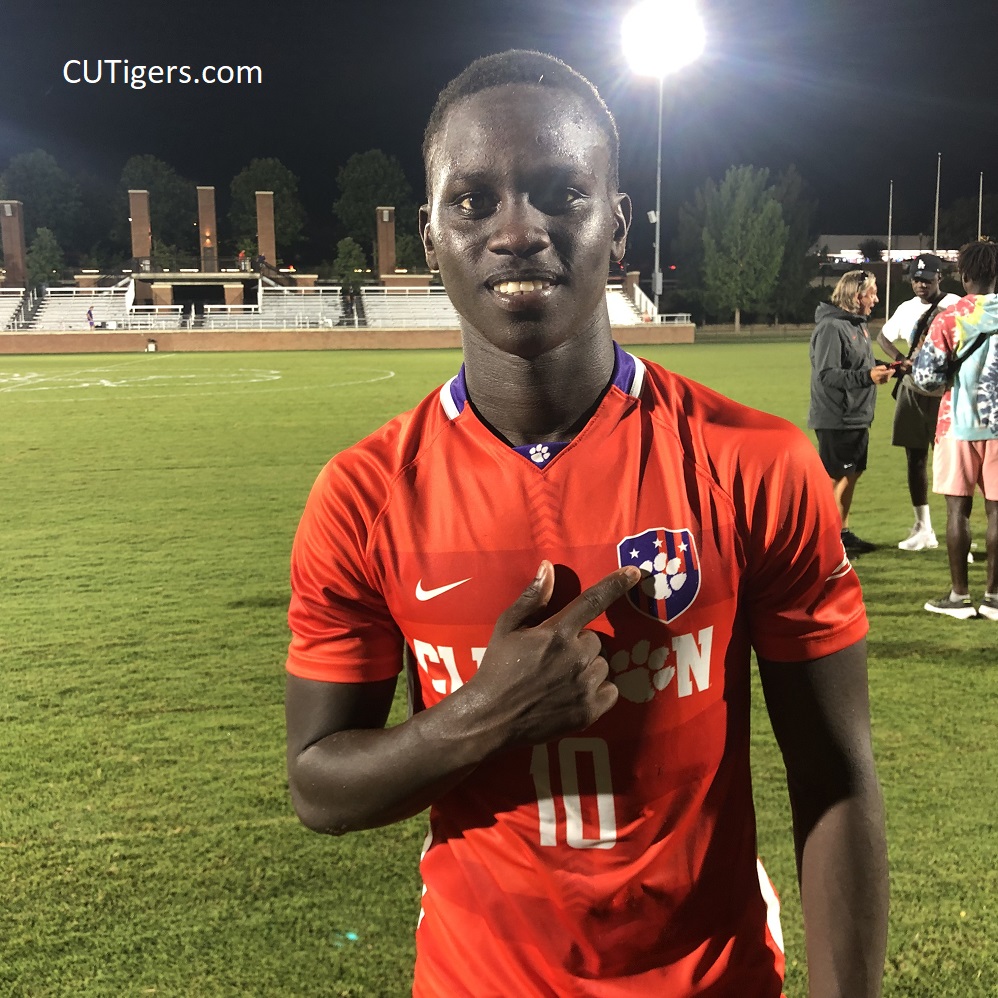 Photo by Trevor Groves
CLEMSON, SC - What a game! I posited that it might be the biggest season opener in Clemson history, and it lived up to the hype. Not only are the Tigers ranked No.1 and the Defending Champs, but they were hosting the No.13 team in Indiana, and it was a matchup of all-time blue-bloods. The Tigers' 3 national titles are the seventh-most all-time, and Indiana has the second-most with 8. The two schools combined for 5 titles in the 1980's alone! Coincidentally, Indiana Head Coach Todd Yeagley is in his 13th season with the Hoosiers--same as Noonan with Clemson--and Yeagley has one national title to his credit as well, back in 2012.
Historic Riggs Field is always one of the most imposing venues in all of collegiate soccer, but it was a particularly electric atmosphere for this season opener. Unfortunately, the Hoosiers struck first just 5 minutes into the game with a sloppy goal on a blunder by junior goal keeper Trevor Manion in his first career start. He was replacing All-American George Marks, the starter last season, and his early-game nerves must have gotten the better of him. He was far to casual on a routine pass back to the box from his fullback, and the Indiana striker was able to knock the ball free on a slide-tackle, then put it into the empty net. Credit the Hoosier for making a great hustle play when most wouldn't have bothered. Manion could have easily scooped up the ball and thrown or punted it out of there but was caught in a moment of indecision.
Down 1-0 against a great defensive team and savvy head coach, the Tigers did not hit the panic button, however. About 5 minutes later, Ousmane Sylla scored the equalizer on an assist by Seye, and Seye put the Tigers ahead 2-1 about 5 minutes after that! Manion really settled into the net and made some superb saves. There was nothing he could do about the second goal by Indiana to tie the game because it was a penalty kick. With 10:37 left, Sylla struck a banger into the back of the net for the game-winner. All 3 goals by the Tigers were absolutely brilliant!
Post-game interviews with Noonan and Sylla are below!
MORE CLEMSON SOCCER AND FOOTBALL COVERAGE HERE