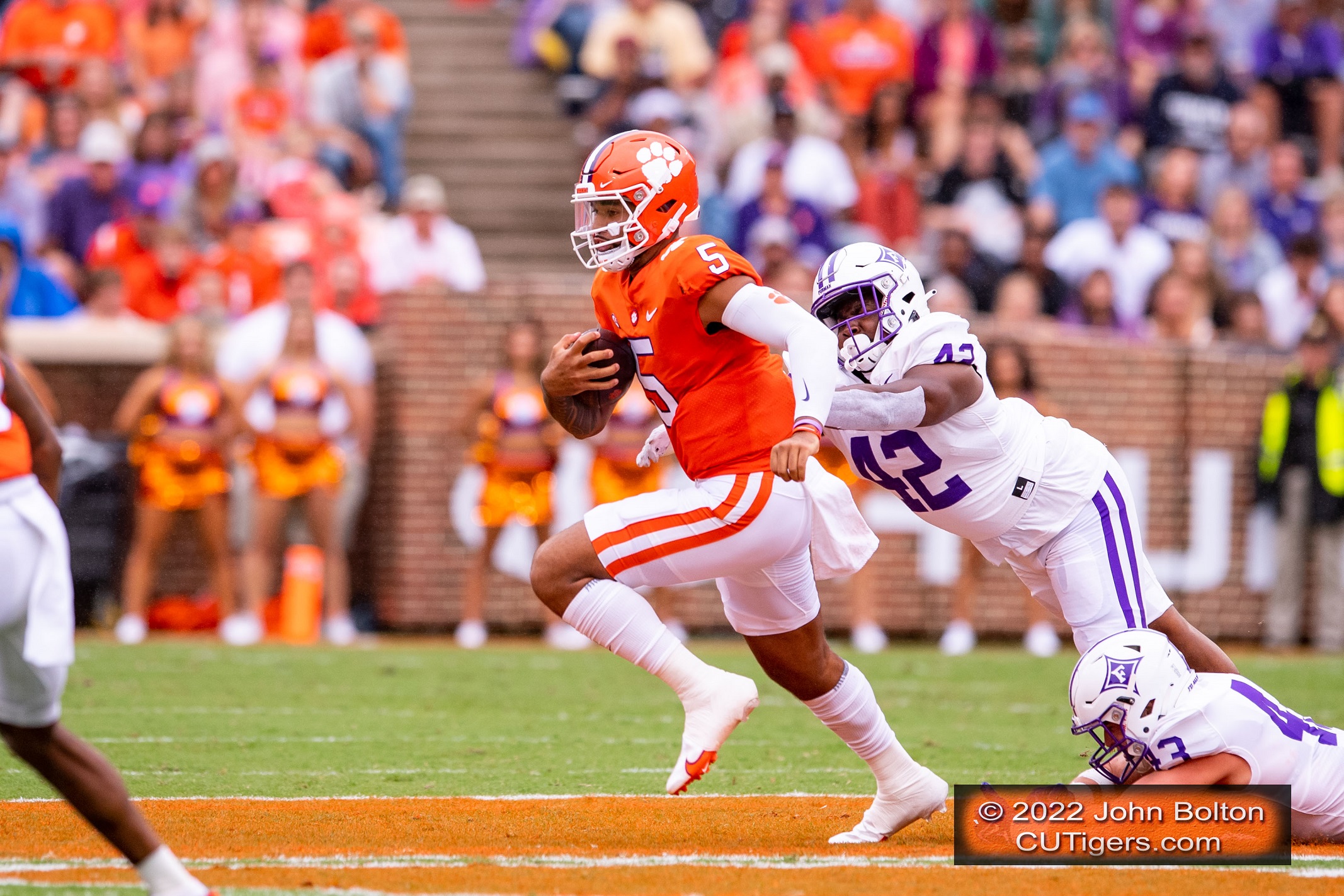 
DJ TAKES ANOTHER STEP FORWARD AS NO.4 CLEMSON BEATS FURMAN 35-12 IN DEATH VALLEY 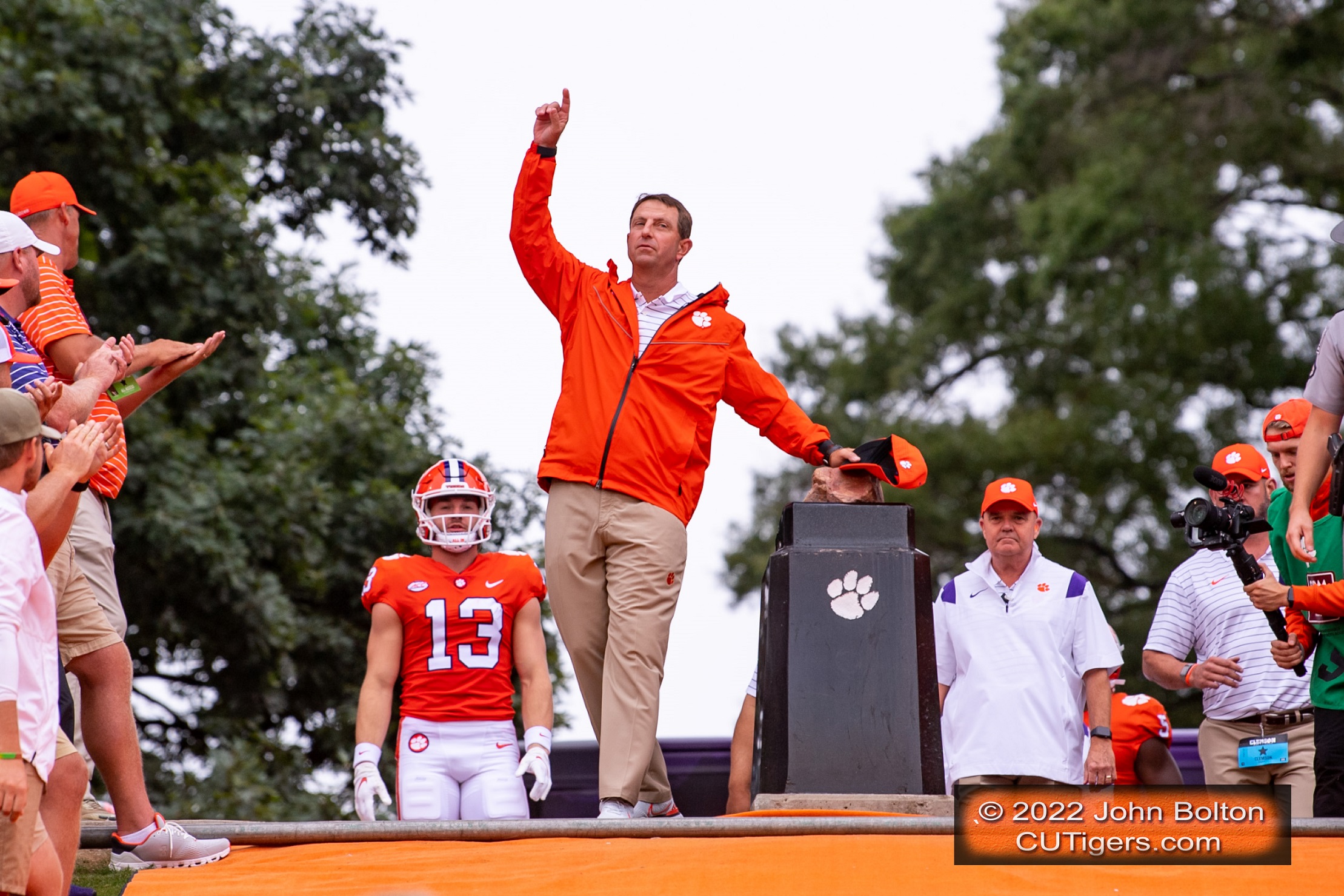 CLEMSON, SC - The offense got off to a better start against Furman than it did in the opener against Georgia Tech, scoring a touchdown on the opening possession to the delight of the Death Valley crowd. You might say they picked up where they left off because the offense scored 27 unanswered points in the second half in Atlanta, followed by 28 points in the first half against Furman.
The defense allowed a lot more yards and first downs than anyone was expecting, although they stiffened in the red zone and allowed just 12 points. The backups even came up with a goal line stand in the 4th quarter to get a turnover on downs. Also, Fred Davis had a nice game with a TFL and a fumble recovery that was forced by Malcolm Greene. Barrett Carter followed up his great game last week with his firs career interception. However, Wes Goodwin and any of the players would tell you that they are disappointed with their overall effort on Saturday. I can't remember the last time they allowed a team to convert 10 of 18 third downs, let alone an FCS team like Furman. Give the Paladins credit, though, they have a good team and might win the So-Con. That quarterback is a player. But the Tigers still should have been more dominant and made better adjustments. They were burned time after time with the screen plays, particularly when blitzing on 3rd and long. Thanks to all those screens, the defense only had 2 sacks, although they had 9 tackles-for-loss. The good news is that it will humble the defense a little bit and give them plenty to work on and improve next week. If they had shut Furman out like I predicted, there is little room for improvement. Incidentally, Tyler Davis did not play because he was a little banged up last week, so that didn't help matters. Dabo said he will be fine, but they just wanted to rest him. 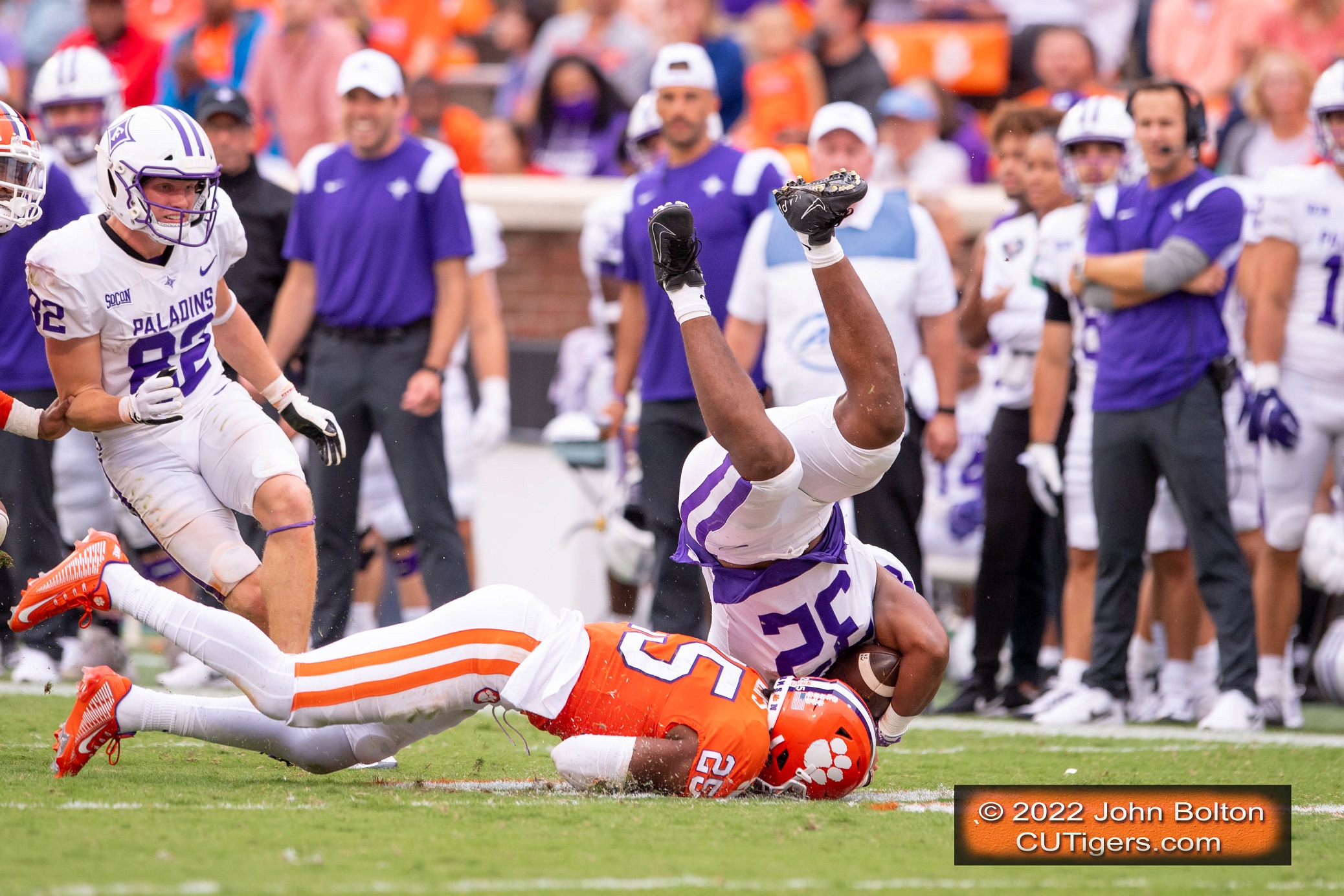 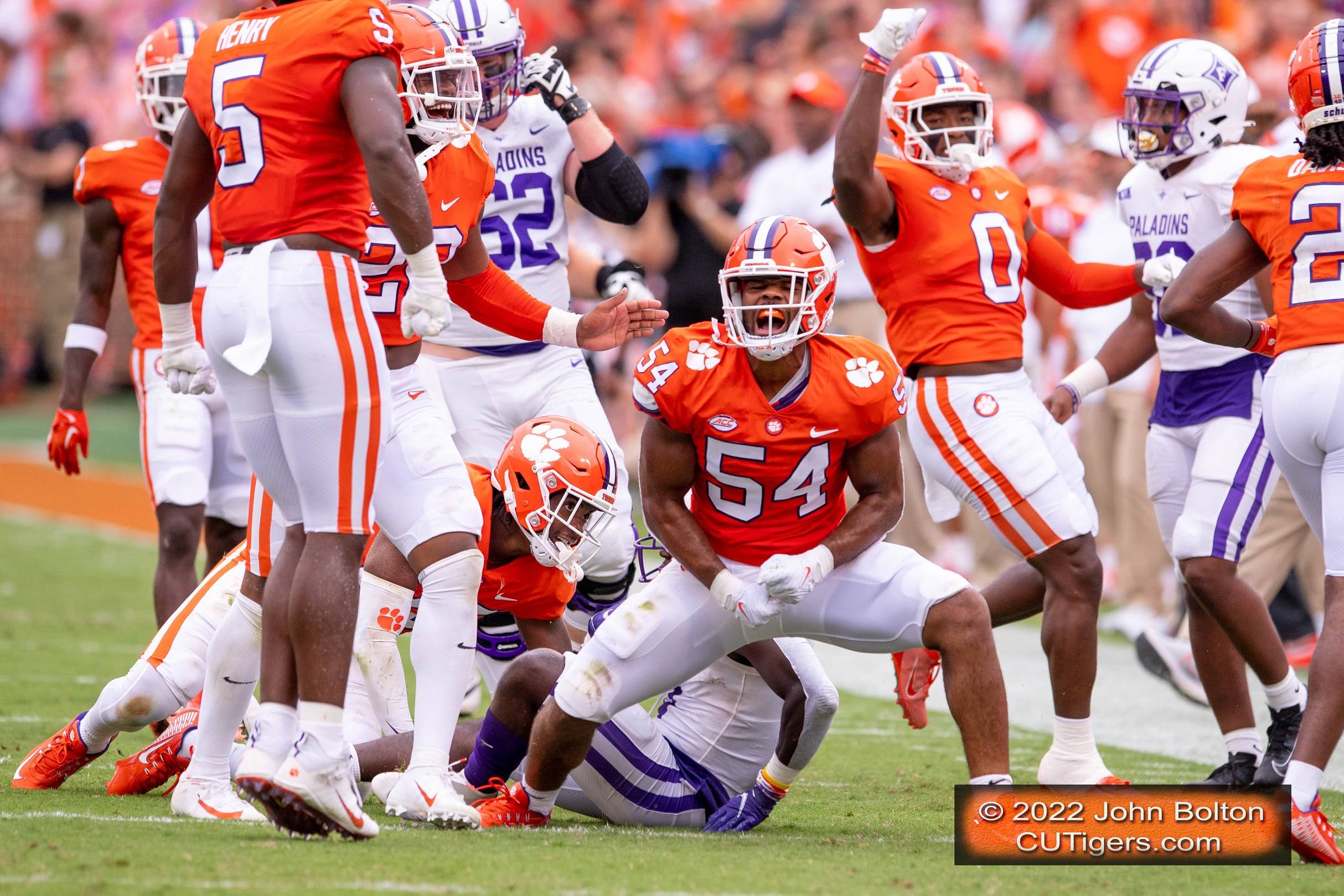 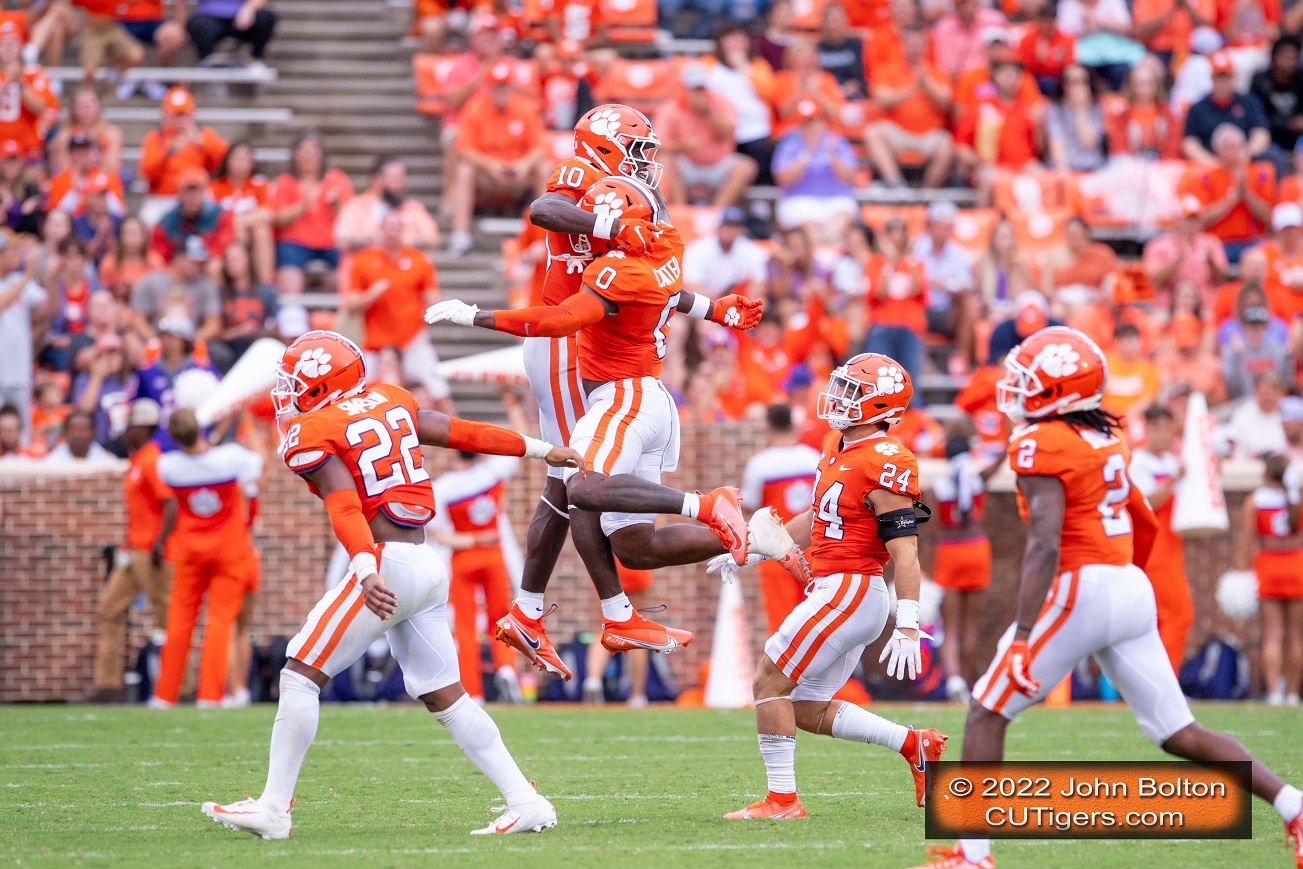 Enough of the defensive "struggles." The big takeaway from the game is that DJ took another step in the right direction with probably his best game since he was a freshman in 2020. He was 21-27 for 231 yards and 2 TD's! And those numbers should have been even better, but his receivers dropped a couple passes again. He did post his first interception of the season, but it was an unlucky deflection. He made a few sensational, NFL caliber throws like the scramble drill pass to Beaux Collins in the corner of the end zone and the throw across his body, rolling right, to Antonio Williams in the middle of the field for 23 yards. It was Beaux's second straight game with a touchdown in which he broke off his route in the scramble drill. The sophomore seems to have made a leap from the neck up, as is often the case from freshman to sophomore, and he and his former high school teammate, DJ, seem to really be on the same wave length. Ngata made a big play and came up just short of a touchdown, which was good to see after he had just one catch for 7 yards in the opener. Sophomore Jake Briningstool caught his second career touchdown, and Davis Allen made another big catch on a seam route. DJ also continued to show his improved athleticism thanks to the lost weight, making a few big plays with his legs like he did in the opener. 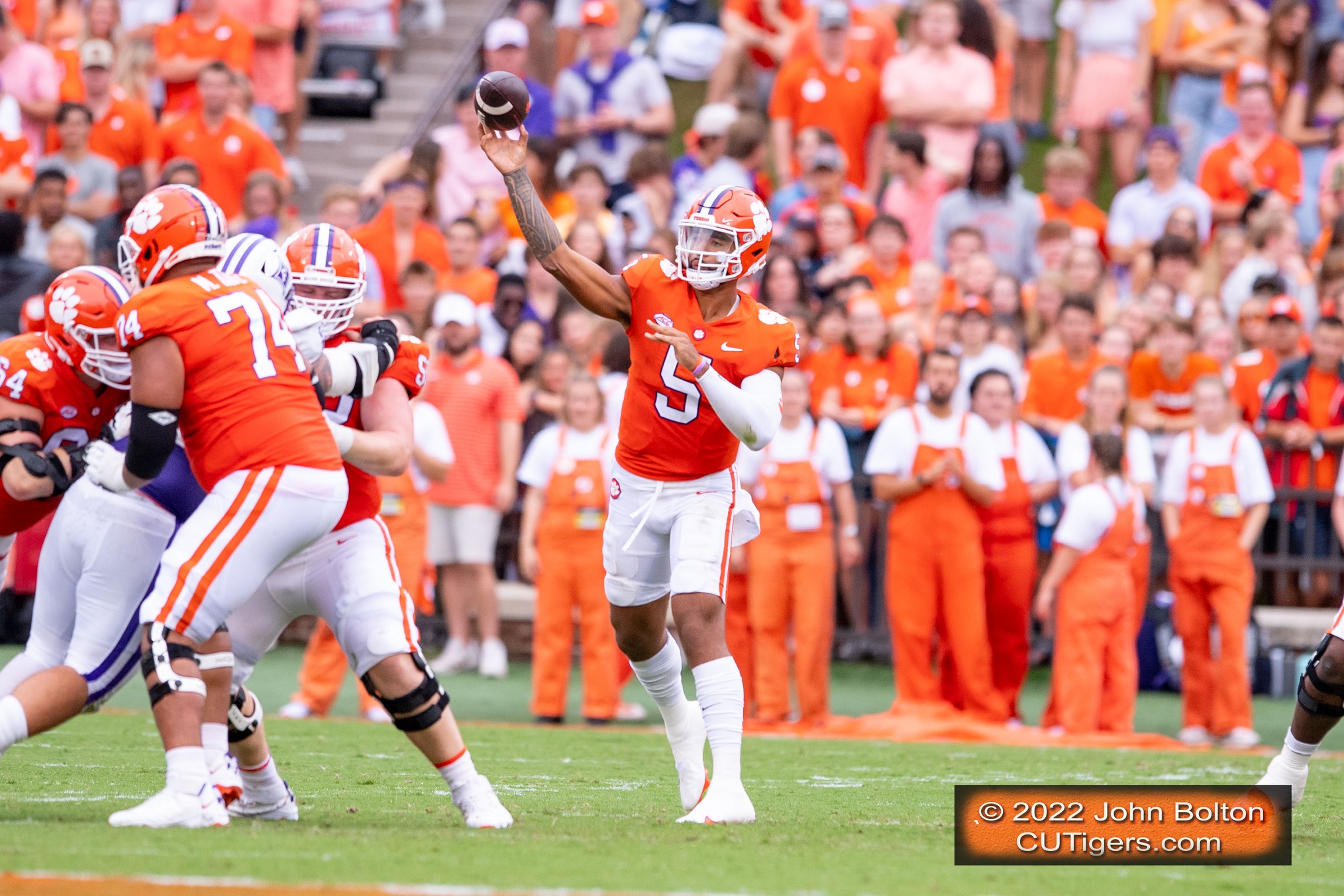 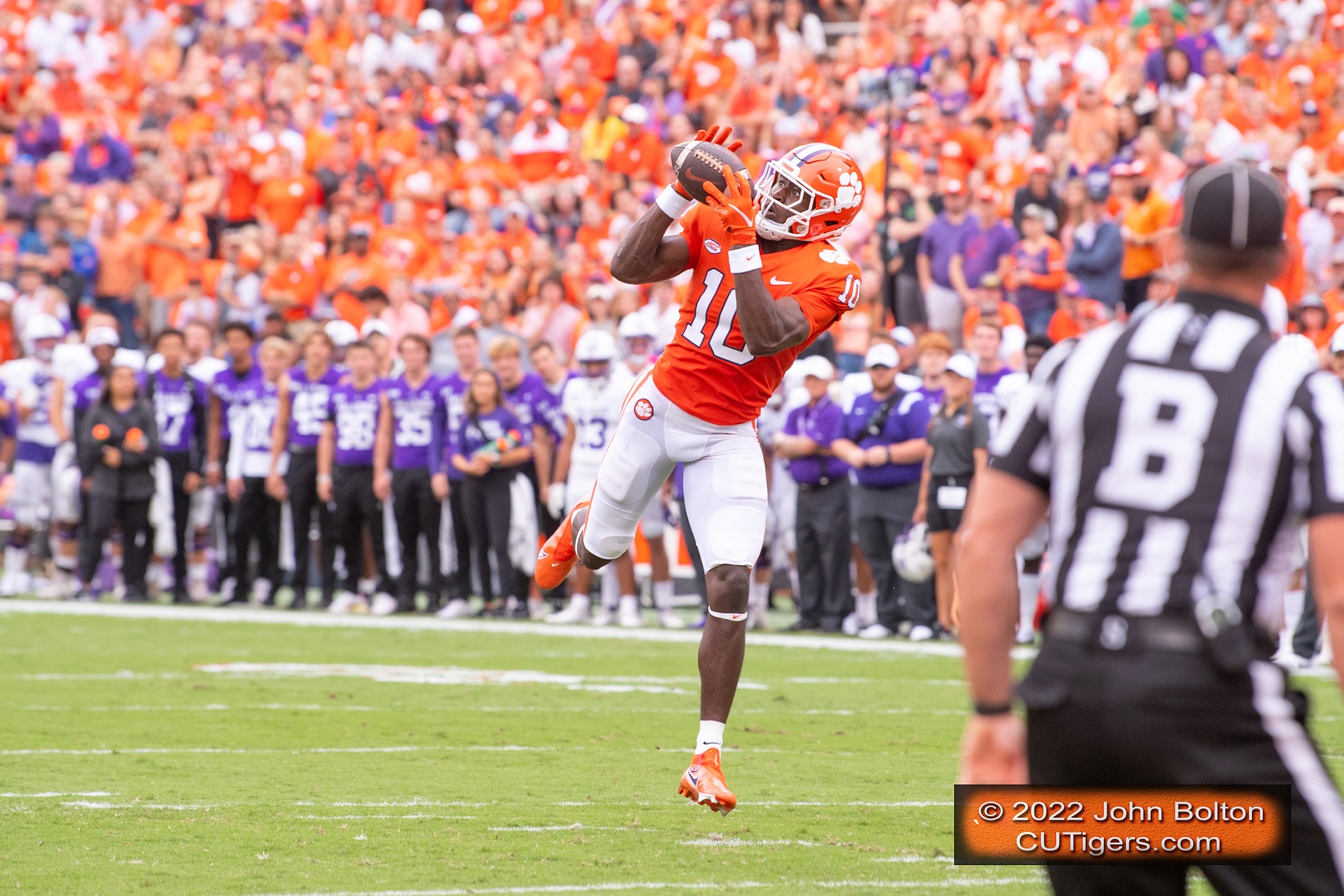 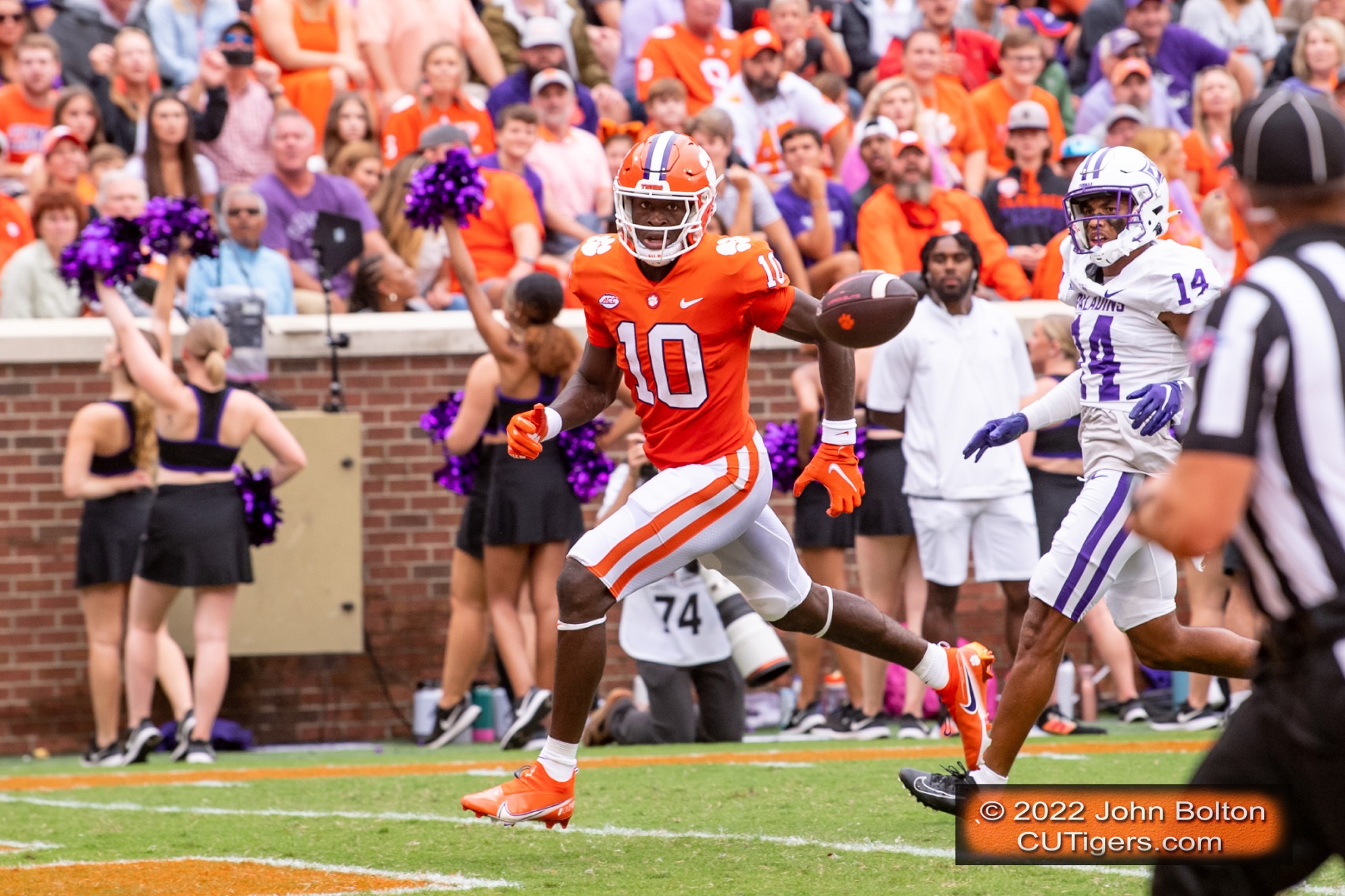 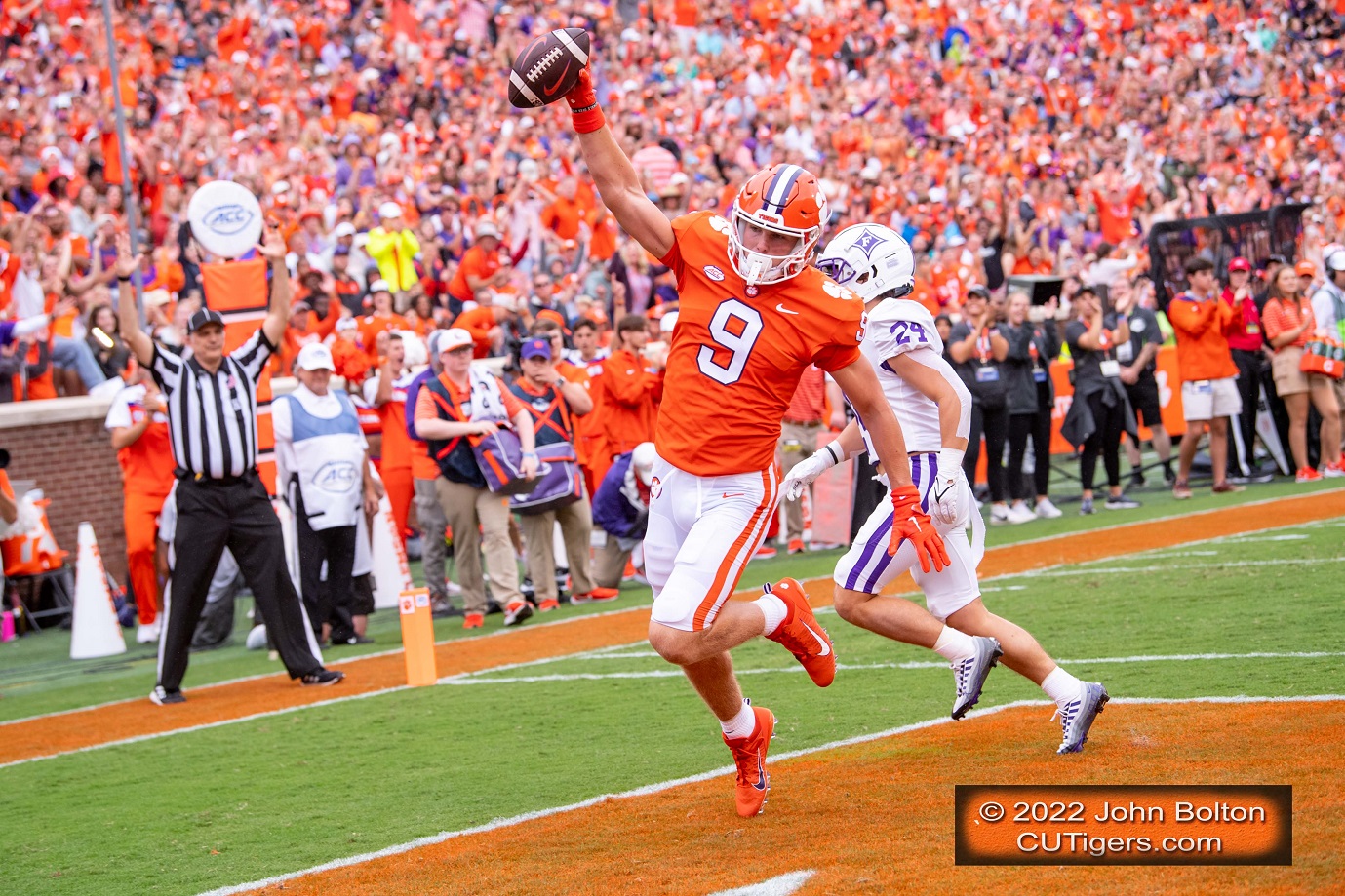 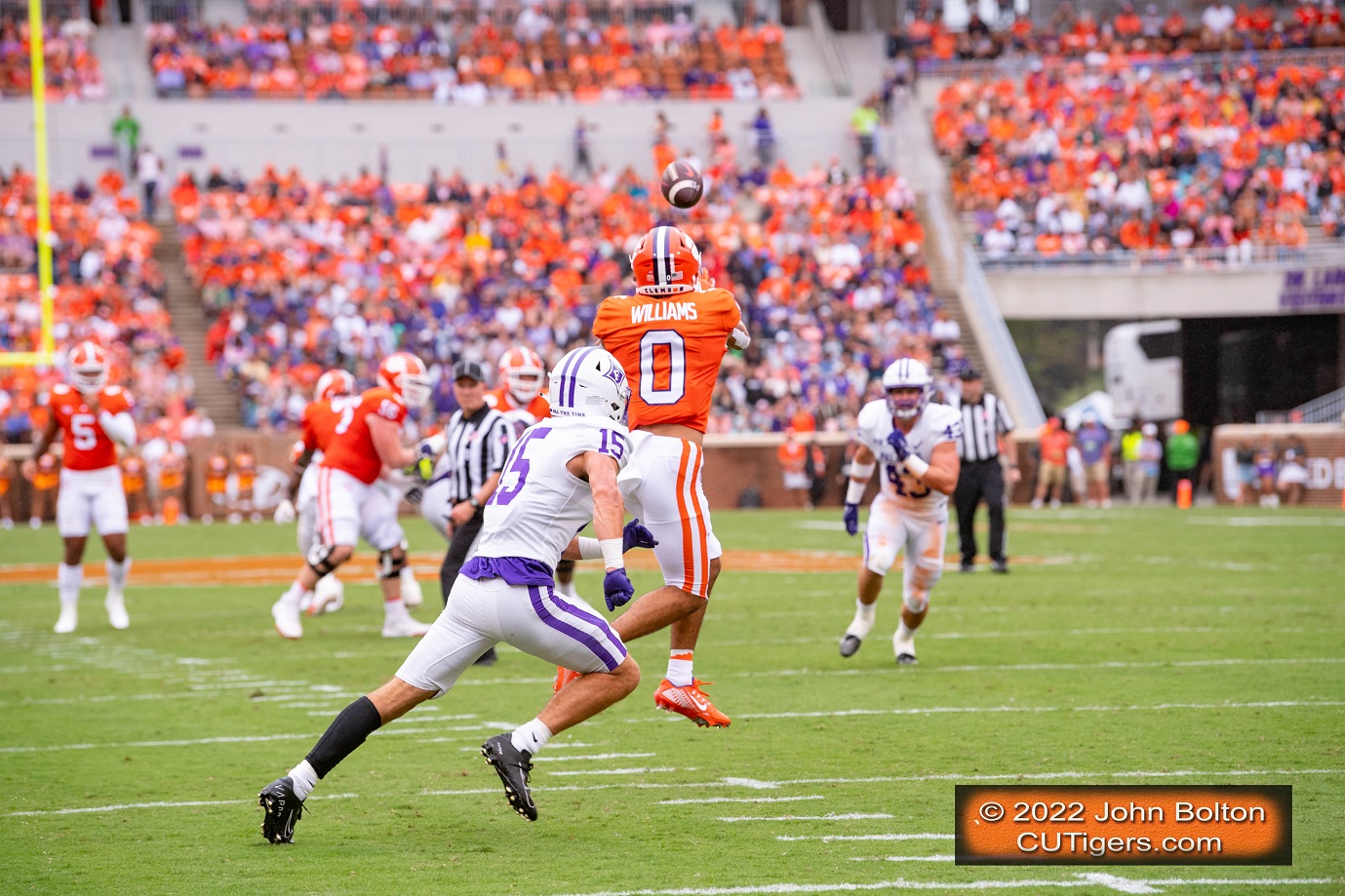 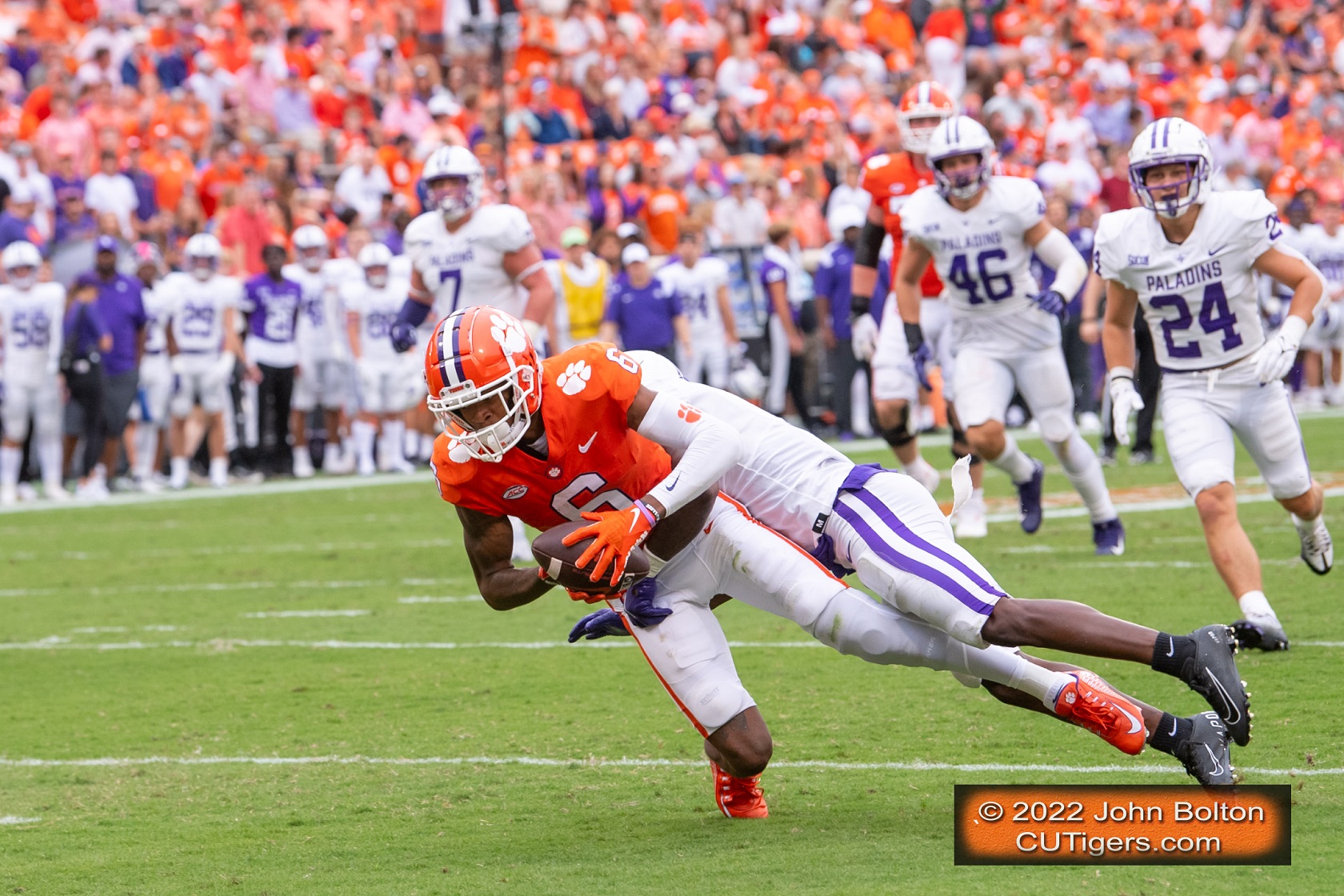 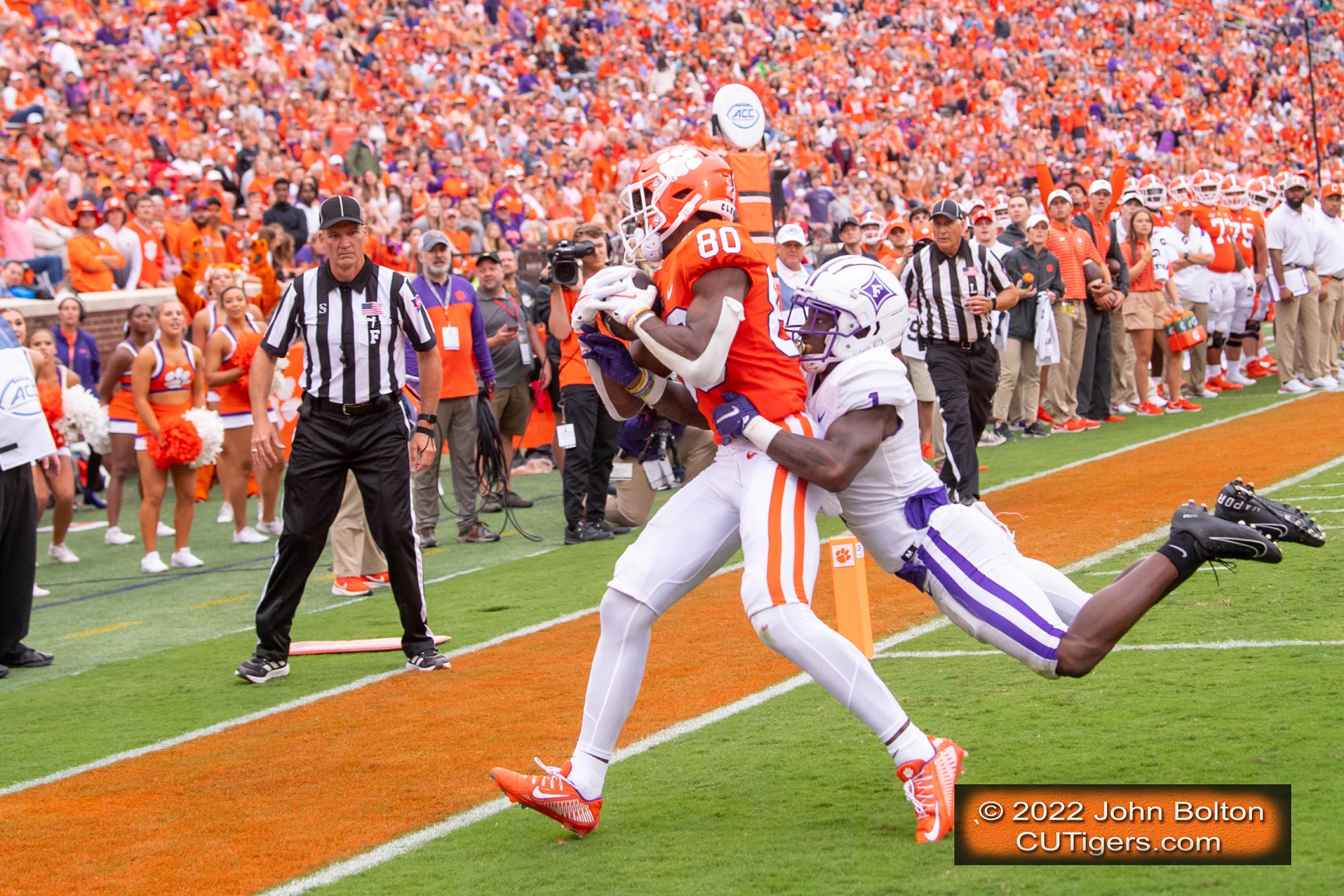 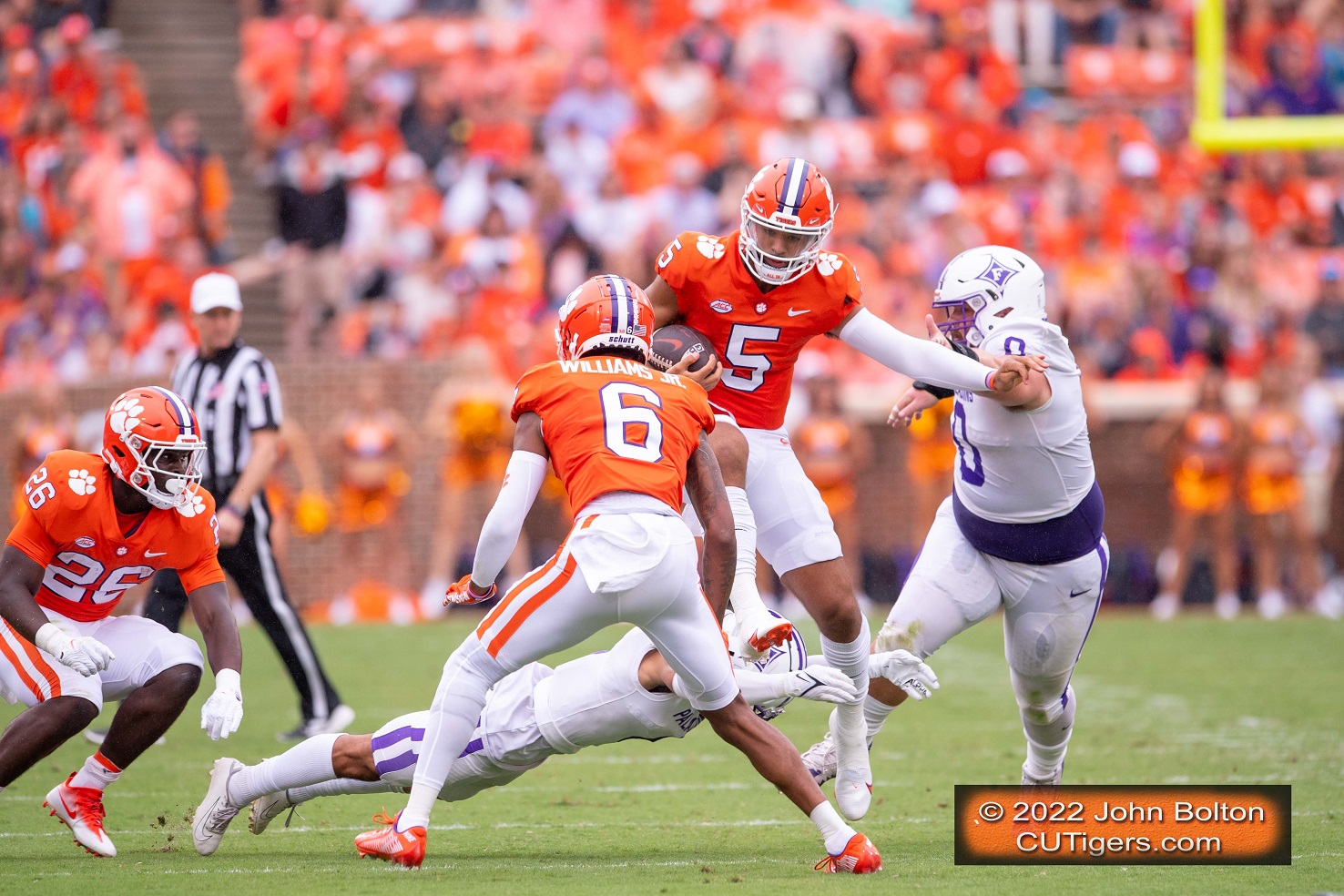 The running game was not spectacular, but they got the job done. Shipley rushed for 2 touchdowns for the second straight game and had 68 yards on 10 carries. Pace had 25 yards and his first TD of the season on 6 carries, and Mafah had 20 yards on 5 carries. The offensive line has done a nice job protecting DJ and giving him a pocket, allowing just one sack in each of the first 2 games, but I'd like to see them do a little bit better job with their run blocking and opening up running lanes. 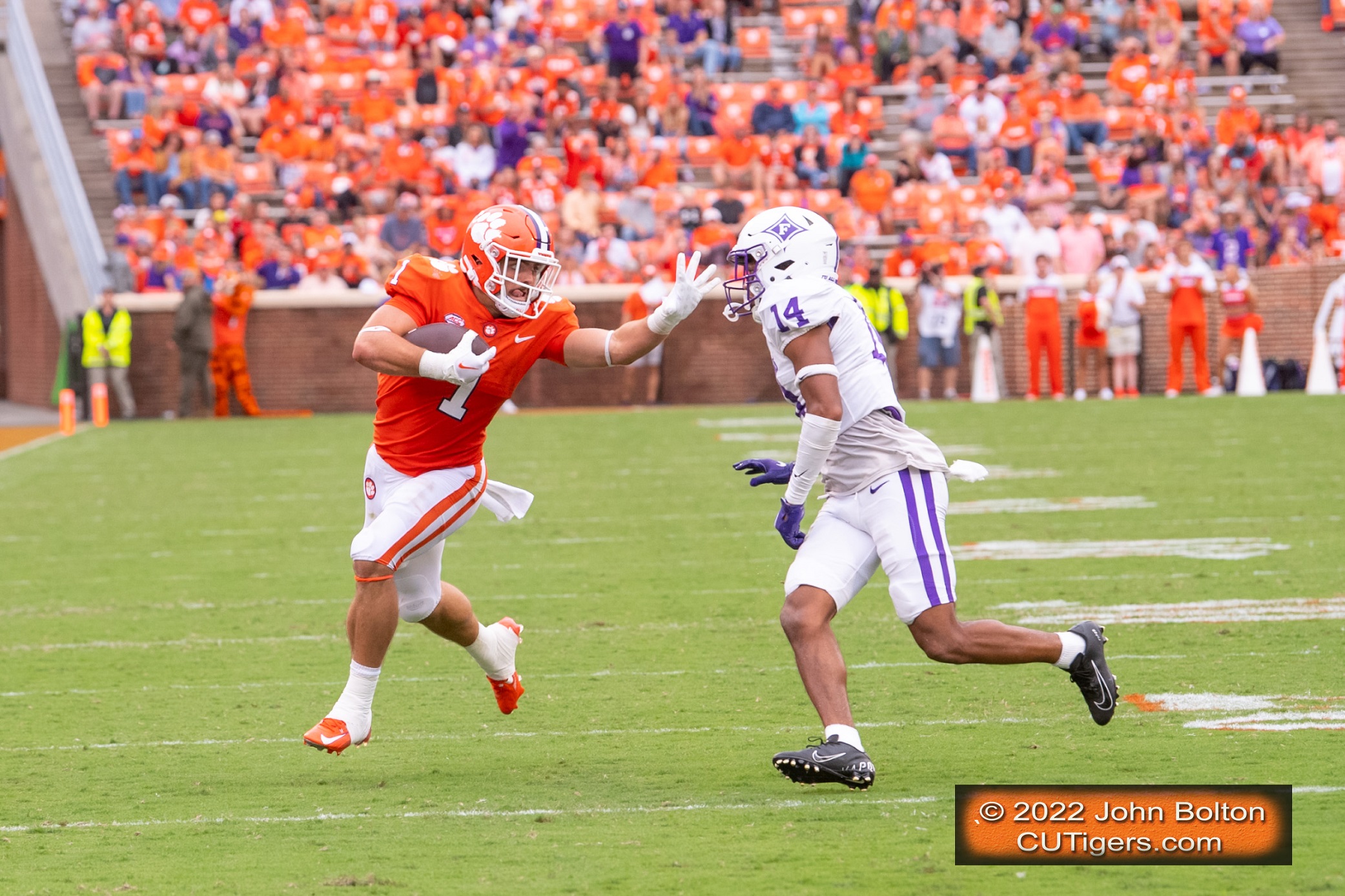 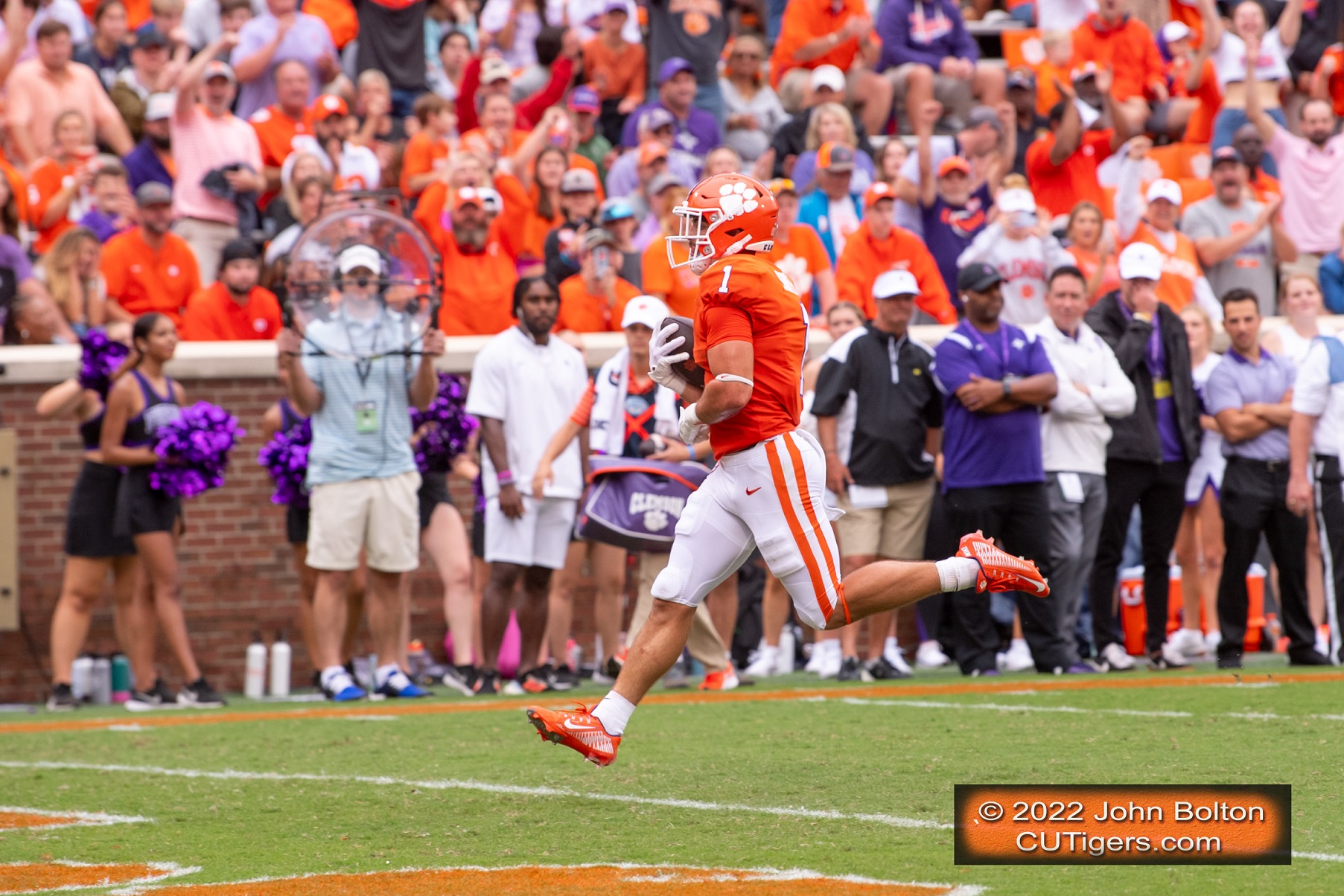 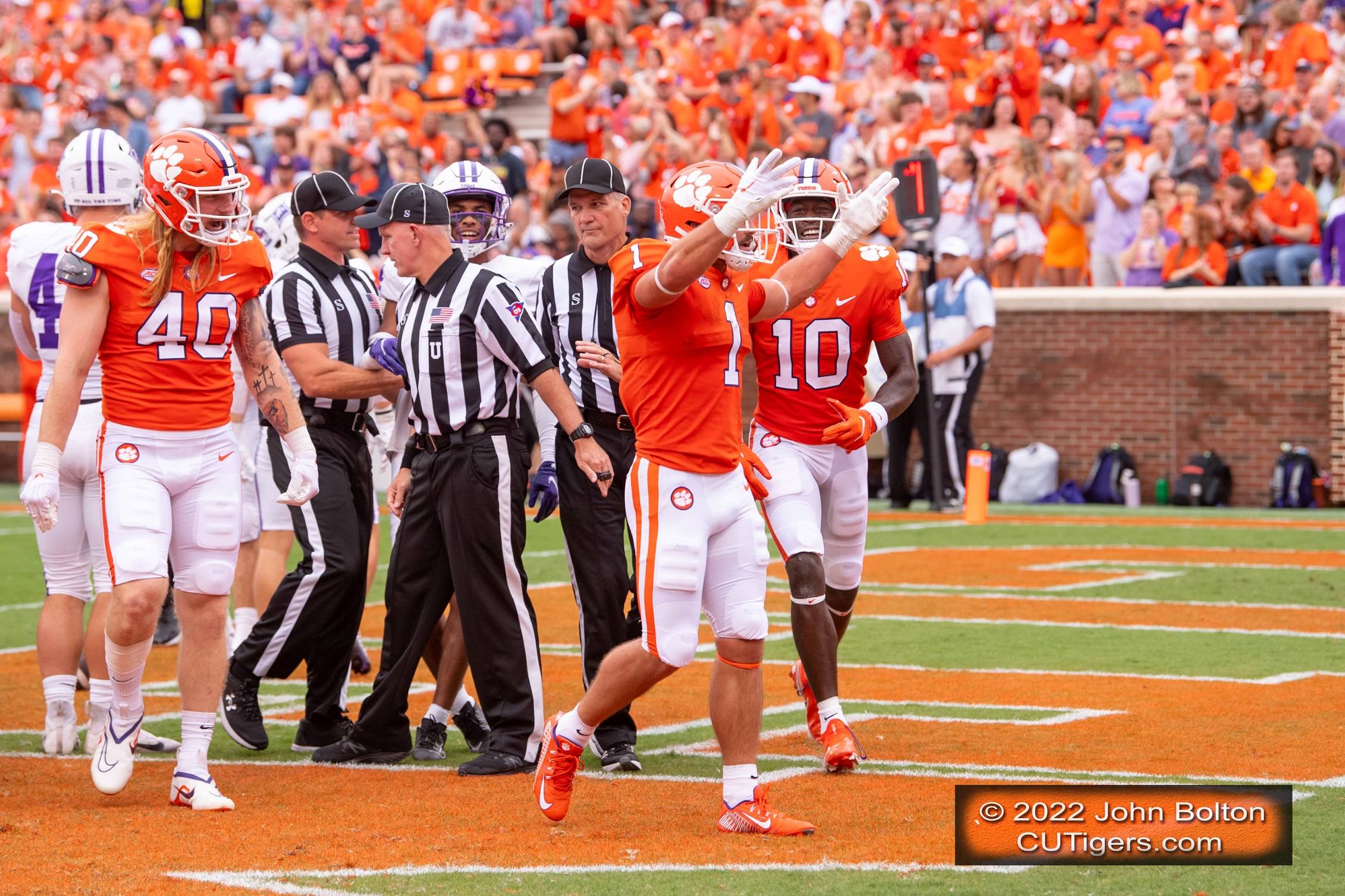 Cade came into the game late in the second quarter to a big ovation, but he didn't have the fast success that he did in his Atlanta debut. He picked up just one first down on a run by Pace and had a three-and-out on his other series in the 4th quarter. I tried to explain to people that just because he had a great first series, that doesn't mean you overreact and replace DJ. Cade is going to be a great one, no doubt, but he still has a lot of learning to do, as any freshman quarterback does, and DJ has shown a ton of improvement from this time last year. 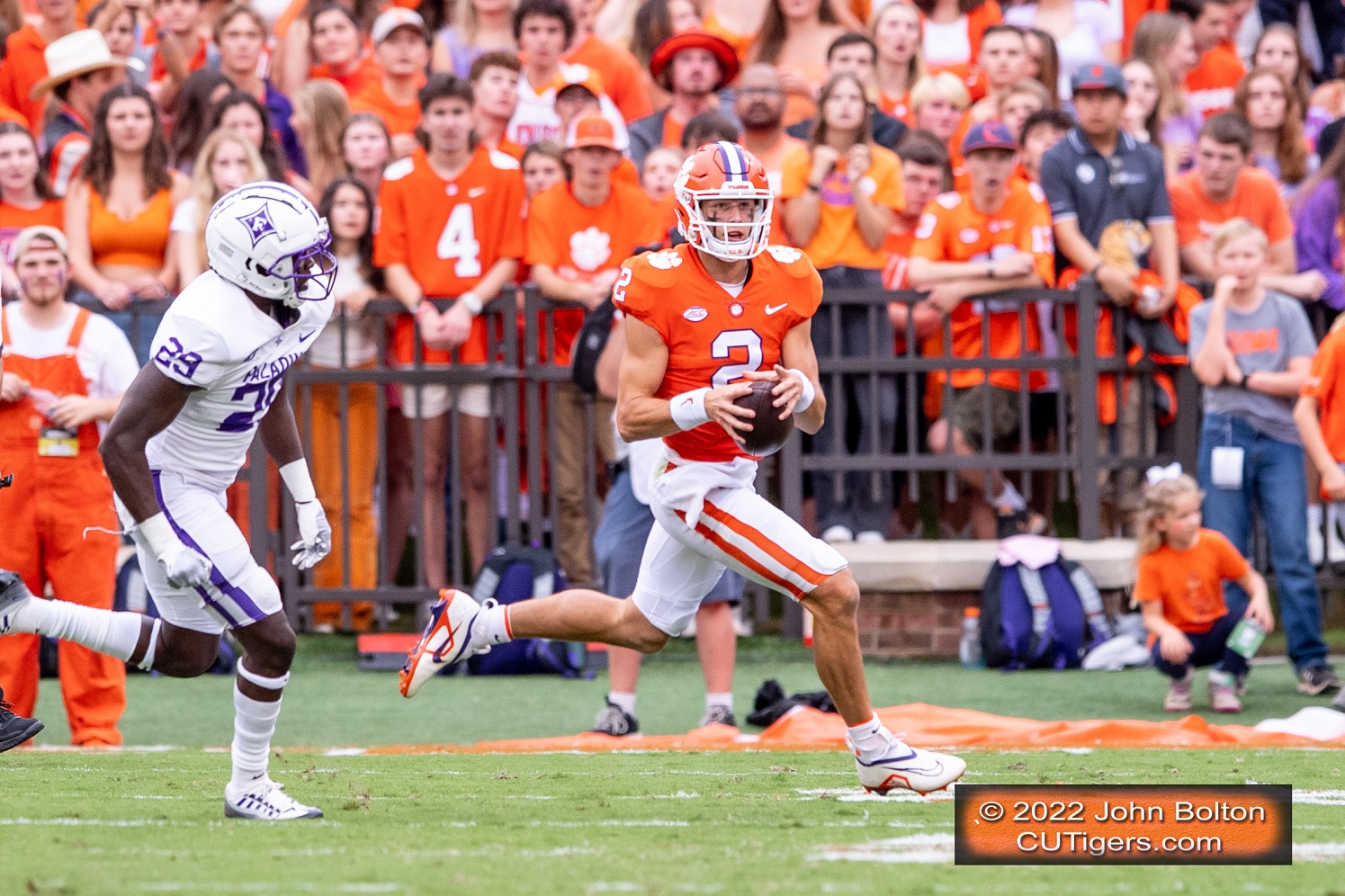 Keep in mind that the team was playing on unusually short rest after getting back from Atlanta early Tuesday morning. And they were playing with heavy hearts, as they were honoring Bryan Bresee's 15-year-old sister, Ella, who had a last-minute set back in her fight with brain cancer and had to return to the hospital instead of attending the game as planned. She spoke with the team and spent a few days with them, and they wore "E11A STRONG" T-shirts during Tiger Walk instead of their usual suits and ties to show their love and support for the Bresee family. Ella was also named an honorary captain for the game. Dabo was wearing the shirt in his post-game press conference rather than his usual suit and tie. We spoke with Bresee after the game as well as Barrett Carter, who spoke tenderly about how much they all care for Ella and the Bresee family. It's really touching how the team has put their arms around them! Dabo spoke very eloquently about the situation and how special and unique Clemson is and the "Clemson Family." If you don't watch his entire press conference below, you should at least watch the last 5 to 10 minutes! 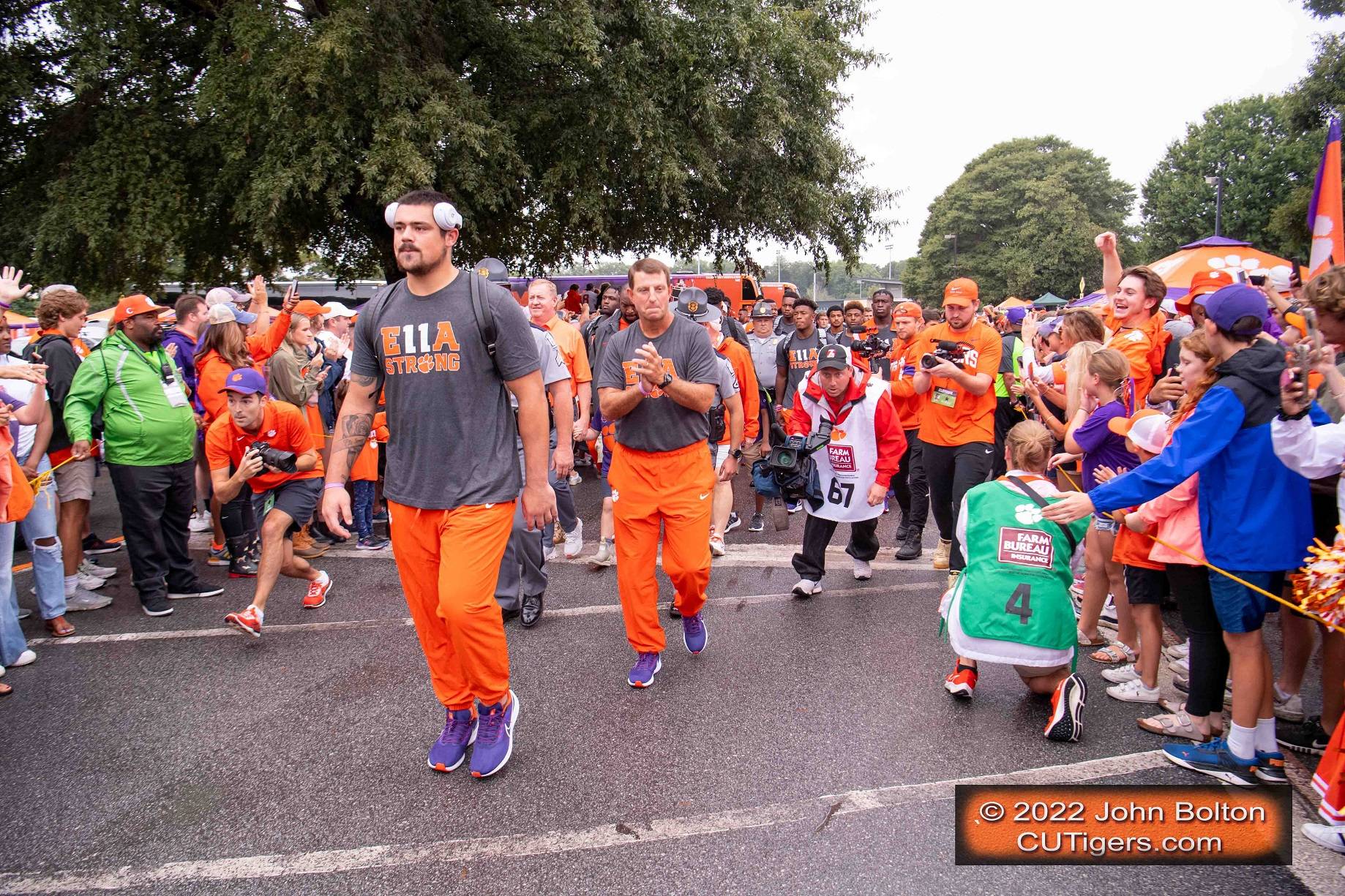 On a lighter note, the "DaboTron" had a successful debut. You can see it in action on my game thread HERE. I'm really looking forward to seeing all the features in full force during next week's night game against Louisiana Tech! Especially the spotlights on Howard's Rock and The Hill as the team makes its famous entrance.
I'll have more after I watch the replay. In the meantime, post-game interviews, highlights and notes are below!