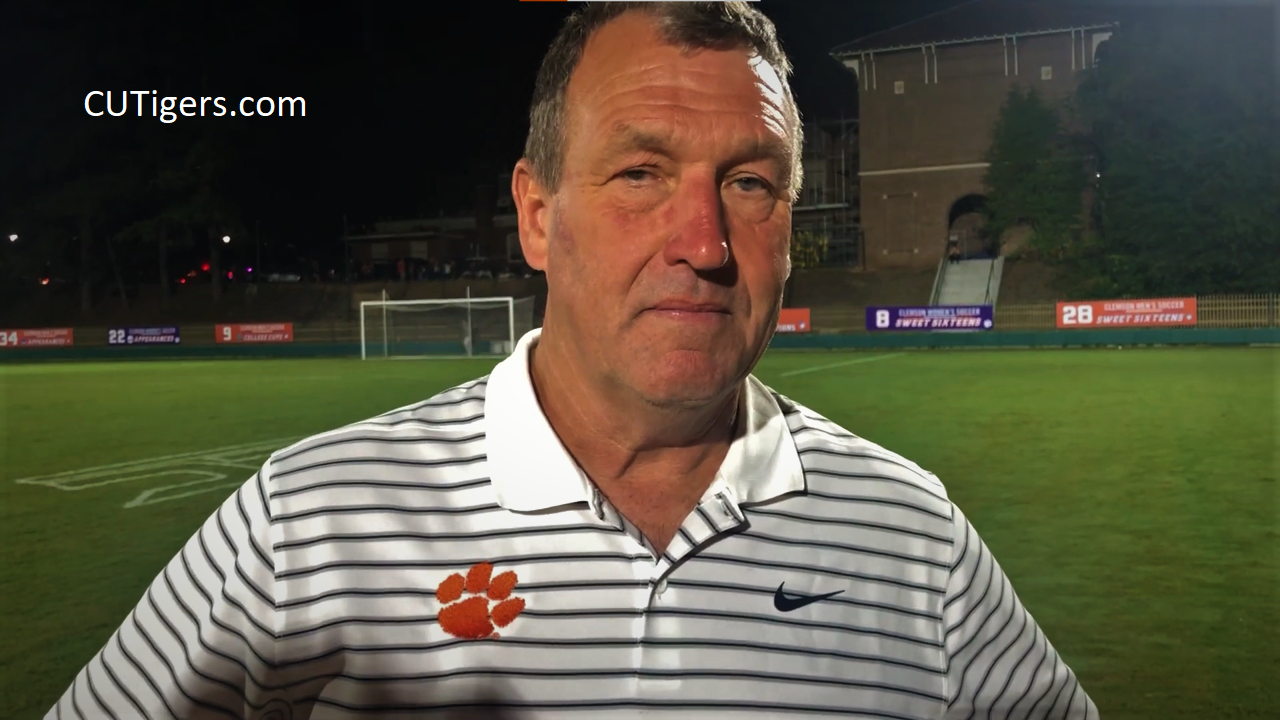 
EARLY MISTAKE COSTS SHORTHANDED TIGERS AS NO.1 CLEMSON LOSES TO NO.16 SYRACUSE 2-1 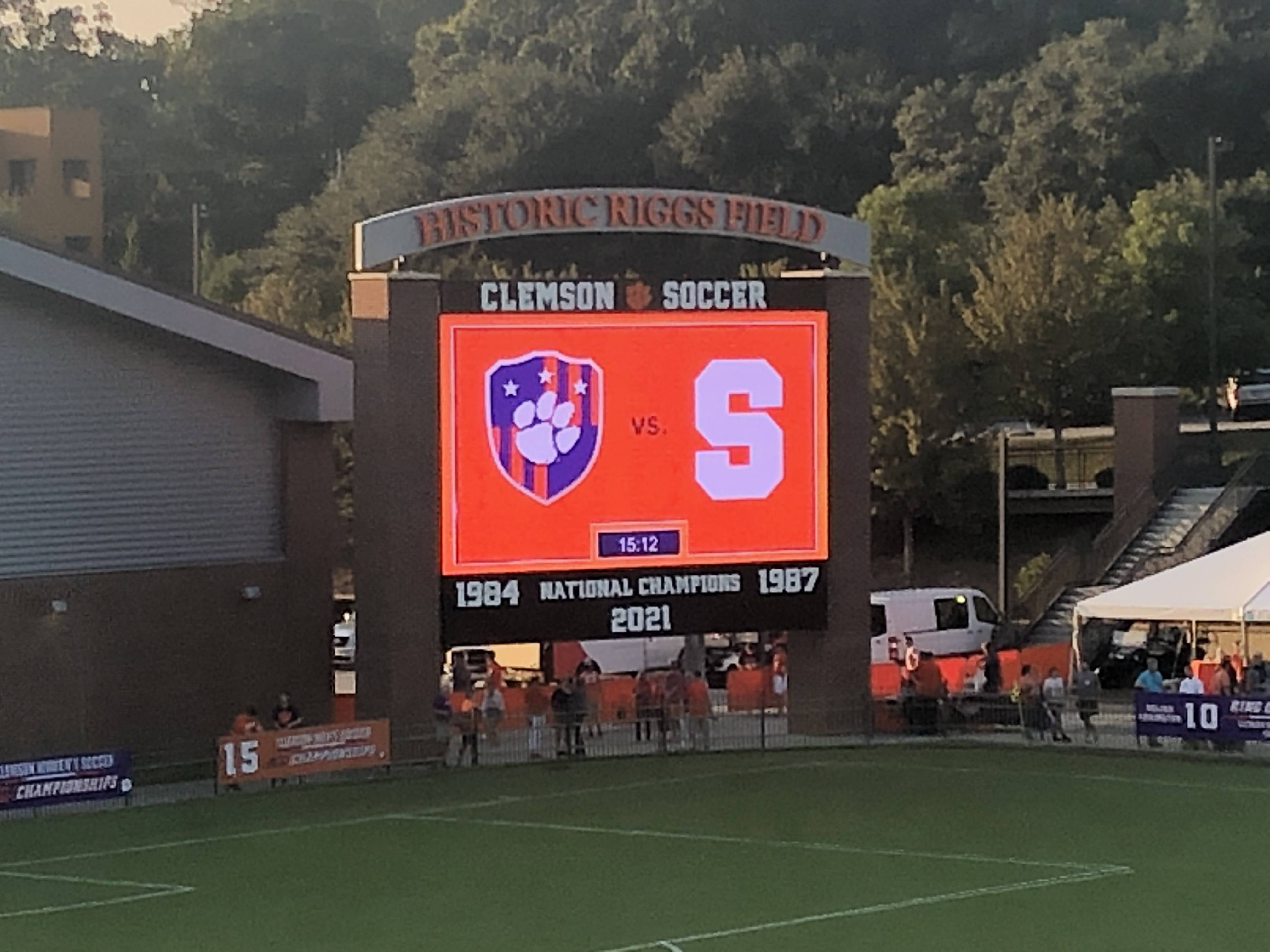 CLEMSON, SC - It was an packed house at Riggs and an electric crowd to watch No.1 Clemson, the Defending National Champs, take on No.16 Syracuse in an ACC clash. The Tigers' 1987 National Championship team was also honored at halftime. Unfortunately, the Clemson faithful would see the Tigers suffer their first loss, a rare one at home, falling to 6-1 on the season.
After captain Isaiah Reid gave the Tigers a 1-0 lead off a beautiful assist from freshman defender Shawn Smart less than 10 minutes into the game, a colossal blunder cost the Tigers the game. Manion left the box to try to clear a 50/50 ball, but the Syracuse player got to it first and knocked it past Manion toward the empty net. The ball should have easily been cleared by one of two Clemson defenders, Skinner or Lundegard, but the latter accidentally deflected the former's attempt to clear it, then Cuse gained possession and put it in the net from close range as Manion scrambled to get back in the net. The gaff reminded me of the terrible goal given up by Manion against Indiana in the opener for the first goal of the season, except this time, it wasn't Manion's fault. I guess it was partially his fault because he should have stayed home instead of going all the way out of the box to try to clear it with his foot, but it was more of the fault of the defenders. It should have been an easy clear out. Manion actually had a great game and made several brilliant saves. The winning goal for Cuse was also not Manion's fault. The Tigers' defender, instead of stepping up and making a tackle, let the dribbler go right around him for an easy goal inside 10 yards.
Despite missing Sylla, the ACC point leader, and Waleffe due to Covid, plus Diop, who was injured in the second game against USC Upstate, the Tigers had several great chances to tie the game. The Tigers put up a good fight against a very good team considering how shorthanded they were. Freshman Shawn Smart, who had a beautiful assist on the Tigers' only goal, was hurt in the 2nd half, but it did not appear to be serious from the way he was walking after the game.
The Tigers have to put this one to bed quickly and get healthy. They host PC on Monday and then have a huge home game against No.2 Wake next Saturday! It's too bad tonight ruined the No.1 vs. No.2 rematch that Clemson and Wake have played in the past at Riggs.
My exclusive one-on-one post-game interview with Mike Noonan is below!
MORE CLEMSON SOCCER AND FOOTBALL COVERAGE HERE