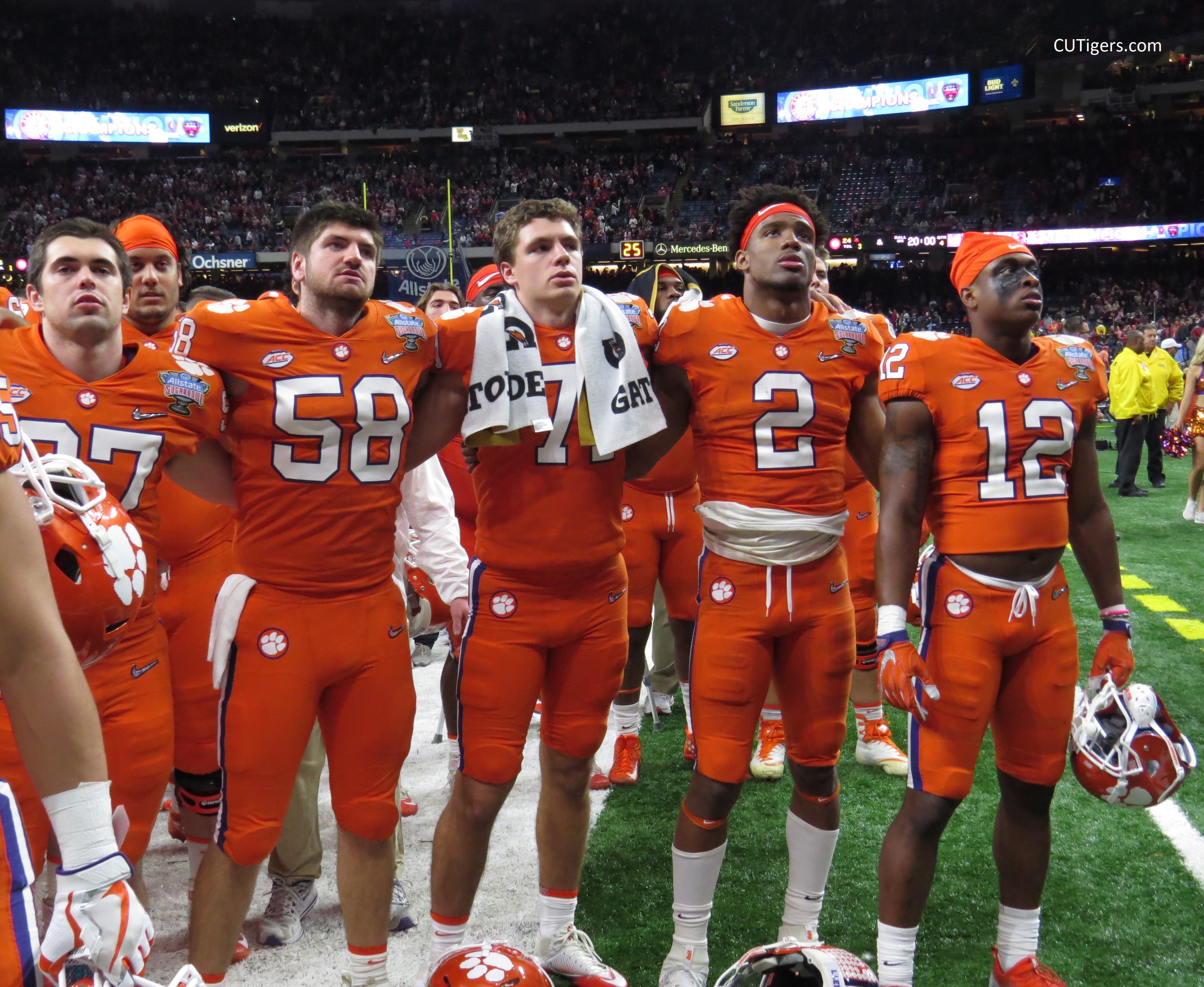 NEW ORLEANS – The No. 1 Clemson football team suffered its second and final defeat of the 2017-18 season on Monday night, falling 24-6 to the No. 4 Alabama Crimson Tide in the Sugar Bowl and College Football Playoff Semifinal. With the loss, Clemson ended the year with a 12-2 overall record, while Alabama improved to 12-1 overall and will play No. 3 Georgia in the National Championship.

After Clemson forced a three-and-out on Alabama’s first drive, the Tide capitalized on their second drive by hitting a 24-yard field goal to take a 3-0 lead with just over five minutes remaining in the first quarter. Alabama upped its lead to 10-0 as time was expiring in the first quarter when Jalen Hurts connected with Calvin Ridley for a 12-yard score.

Clemson got on the board five minutes into the second quarter on an Alex Spence 44-yard field goal. Deon Cain, who finished the game as the Tigers’ leading receiver, had two catches for 27 yards to power the scoring drive that brought the Tide lead to 10-3. Both defenses proved stout for the rest of the half, with either team’s best scoring chance coming on a failed 38-yard field goal by Alabama with 17 seconds left.

The Tigers opened the second half by cutting Alabama’s lead to 10-6 on a Spence 42-yard field goal. The score was set up by Kendall Joseph causing and recovering a fumble on the Alabama 20-yard line on the Tide’s first play of the half. A few drives later, Alabama’s Da’Ron Payne intercepted a Bryant pass and returned it 21 yards, paving the way for Hurts to find Payne for a one-yard touchdown. Alabama found the endzone again immediately, as Mack Wilson intercepted Bryant’s first pass on the next Clemson drive and returned it 18 yards for a score with just over five minutes remaining in the third quarter.

After the pick-six, the Tide took a 24-6 lead into the final 15 minutes, and that proved to be the final score after both defenses kept both offenses at bay. The Tigers moved the ball inside the Alabama 10 in the closing minutes of the game but were stopped on 4th down.

The story of the game was the turnovers. The Tigers' defense played extremely well, limiting Alabama to just 261 total yards, but the offense was just never able to get a foot hold in the game, and the turnovers were devastating--one was a pick-six and another led to a touchdown as well. Take those away, and the score is 10-6, and the Tigers have the ball inside the 10 with a chance to win! One of the interceptions occurred inside Alabama territory, so the Tigers might have scored on that possession as well.

Alabama was simply the better team on this night, but it was another magnificent season for the Defending National Champs. They went 12-2--would have been 13-1 if not for an injured Kelly Bryant and Greg Huegel at Syracuse--won the ACC for the 3rd straight year and made the College Football Playoff for the 3rd straight year. No other team aside from Alabama has accomplished the latter, and it might be quite some time before another team does. Keep in mind that very few, outside of yours truly, predicted any of that from this Clemson team.

You can mark it down right now: expect the Tigers to make their 4th consecutive trip to the CFP in 2018! They lose a lot on the defensive side of the ball but also have a lot of young talent to replace them, just like they have in previous years. And the offense will be a force to be reckoned with. It will be a very interesting quarterback competition this spring with Kelly Bryant returning and being pushed by Trevor Lawrence and Hunter Johnson, so keep it right here all through March and April, as we bring you all the latest news from spring camp! And don't forget--the basketball team is ranked in the AP Poll for the first time in 8 years after a 12-1 start! Could this be the year the Tigers finally make it back to the NCAA Tournament? They are 1-0 in the ACC so far, and a .500 conference record should get them there. Between basketball, football and a preseason top-15 baseball team, it will be an exciting spring here at CUTigers.com!