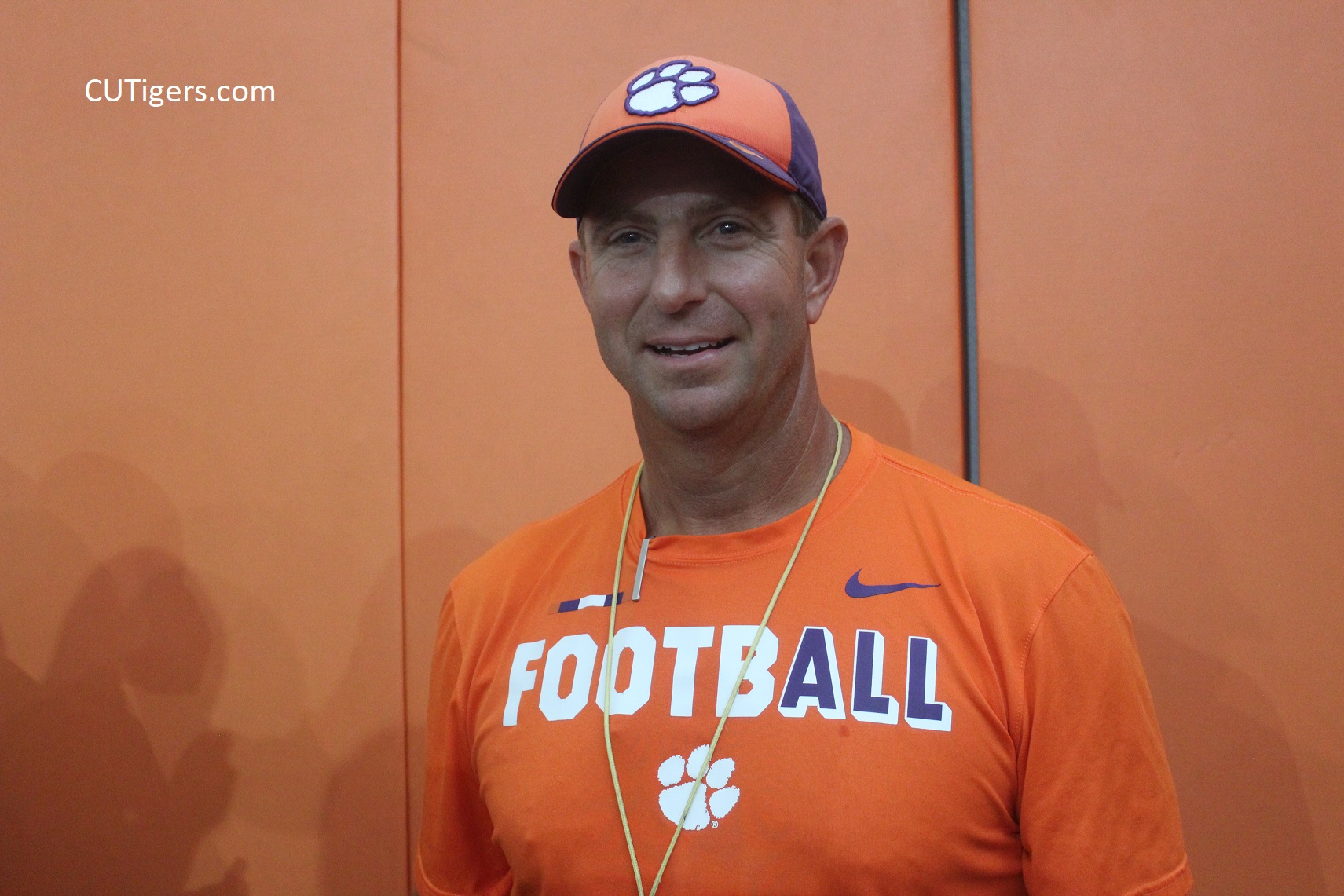 We just wrapped up our Wednesday post-practice Zoom interview with Dabo. No updates on Xavier Thomas, Sheridan Jones or RJ Mickens, so we'll just have to wait until Saturday. I did ask him if he'd feel comfortable playing free safety Tyler Venables, a very versatile player, at strong safety if they needed to, and Dabo said they feel comfortable playing him anywhere. True freshman Sherrod Covil filled in at strong safety and played well, though, and Mukuba will be back from his targeting ejection, so we probably won't see both Venables and Phillips on the field together unless they decide to play Mukuba at corner again.
Dabo was asked about the civil law suit filed today against Fred Davis and Malcolm Greene stemming from the reckless driving charge against Davis last year when his car hit a US postal worker, and Dabo really had nothing to say other than it's personal consequences that they'll have to deal with. Greene was driving another car next to Davis, and it appeared that they were racing each other, which is why he was named in the suit as well. From a team standpoint, they've already handled the discipline internally and put it behind them, so it has nothing to do with Greene being out or Davis playing only on special teams last week.
The full interview is below!
MORE CLEMSON FOOTBALL COVERAGE HERE