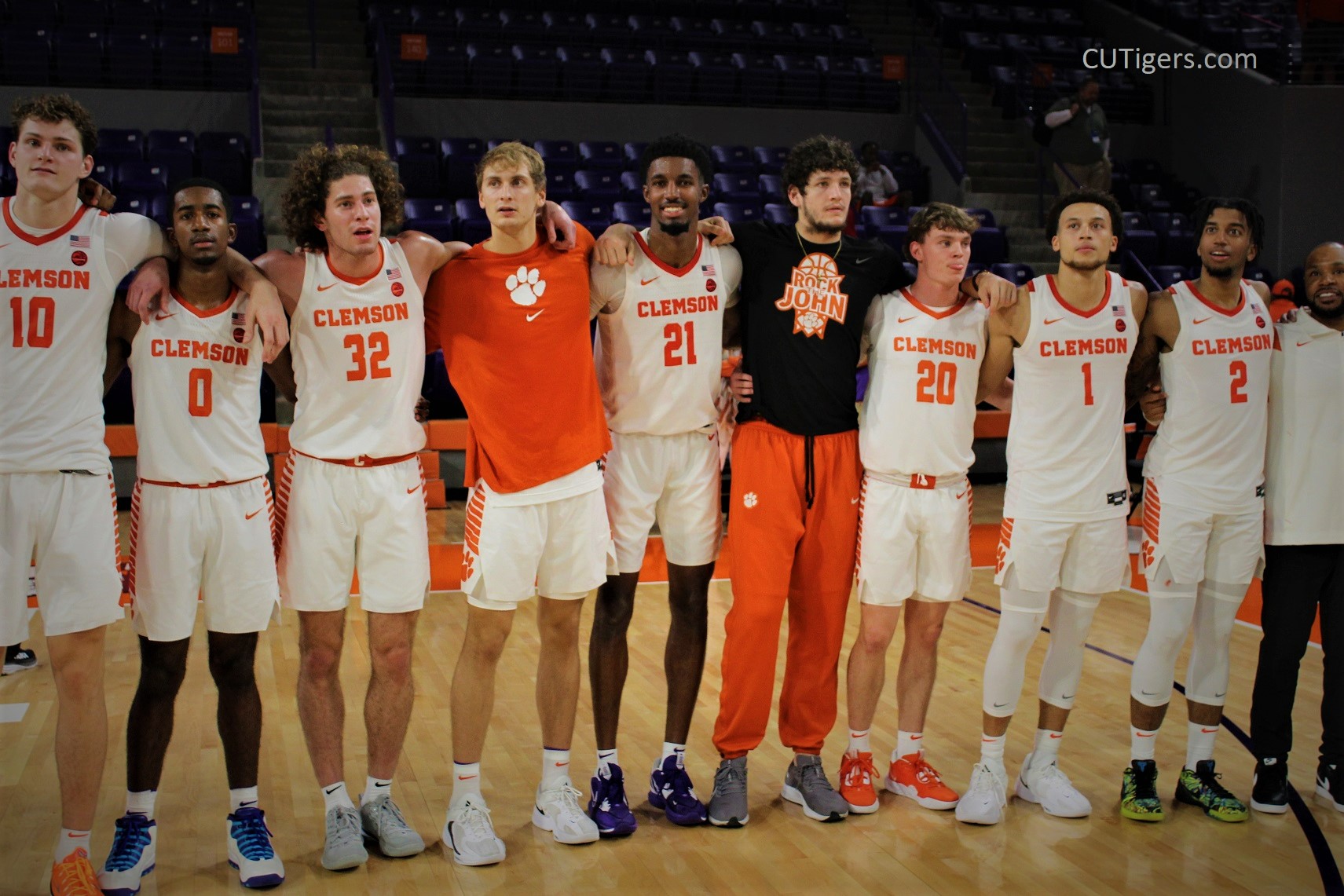 The Tigers got off to a great start to the season on both offense and defense, as they doubled up Benedict 91-45 in a free exhibition at Littlejohn. They dominated the competition in France last July without Preseason All-ACC forward PJ Hall and did the same with Hall on the bench Wednesday night. He just started doing light drill work last week and will likely miss Monday's season opener against The Citadel but should be back in the lineup soon. Hunter Tyson scored 19 points in just 15 minutes, and Brownell was able to get valuable minutes for several of his freshmen. Sophomore center Ben Middlebrooks scored a career-high 12, and Chase Hunter had 11. Redshirt freshman Josh Beadle and freshman Chauncey Wiggins scored 10 each, giving the Tigers 5 players in double figures.
Alex Hemenway saw limited time but made his first two attempts from the arc, continuing his hot shooting in France. Transfer guard Brevin Galloway got off to a good start, going 3-4 from the field, making his first attempt from 3 as a Tiger. He is a guy that can really stretch defenses because he can shoot from outside or drive to the basket. The team was 11-27 (40.7%) from beyond the arc after going 6-13 in the first half, and 6 different players made a 3-pointer.
I was impressed with redshirt freshman guard Josh Beadle. With the Tigers up 35 or 40 points in the second half, he dove to the floor for a loose ball, showing his hustle regardless of the score, and made a 3-pointer at the other end as a reward. Brownell told me after the game that he is so excited to be playing after red-shirting last season that sometimes he is too revved up and needs to slow down. Freshman guard Dillon Hunter, brother of Chase, was also impressive and showed a lot of poise for a freshman. Brownell seems to be really excited about him. Wiggins has great size for a guard/perimeter forward and should be able to help the Tigers this season. Freshman RJ Godfrey has great size for a freshman as well and also saw significant playing time. He looked good on the boards and had a couple nice blocks.
Our post-game interviews are below!
MORE CLEMSON FOOTBALL COVERAGE HERE