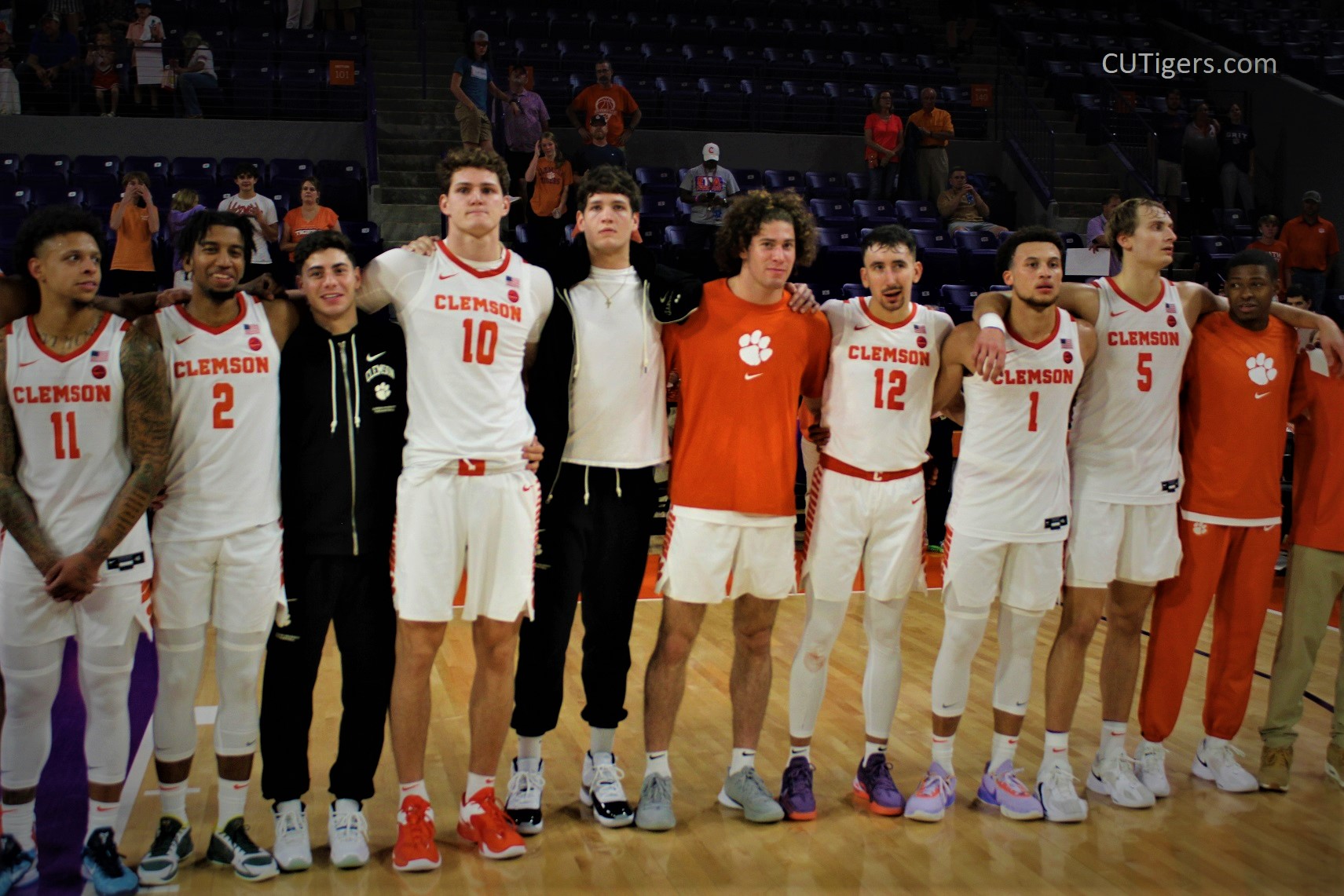 Photo by Trevor Groves
CLEMSON, SC - It was a tight first half until the last 7 minutes when the Tigers went on a 23-5 run to lead by 14 at halftime. They led by as many as 18, but The Citadel kept hitting 3's and wouldn't go away. It was as close as 6 points late, but the Tigers kept their poise and won by 11, even without All-ACC junior PJ Hall.
Chase Hunter had an unbelievable first half, going 7-10 from the field and 3-3 from 3 for 19 points. The Tigers had no 3's in the first 13 minutes but made 5 in the last 7 minutes, including 3 from Chase in the last 3 minutes of the half. Sophomore Ian Shieffelin had a career game, posting his first double-double with a career high in both points and rebounds. He finished with 20 points and 14 boards, including 9 offensive rebounds! I asked Brownell last week about the good weight that Ian added in the off-season, and it really showed tonight. He was a monster on the offensive boards! Hunter Tyson added 19 points for the second straight game. He went down hard at one point and hurt his writs but thankfully continued to play. They need him to stay healthy all season this year!
The Tigers have to play the Gamecocks in Columbia next on Friday at 7:00. It's the earliest the rivalry game has ever been, and the Tigers have just two games under their belt, including the exhibition. It's too bad they will probably still be without the services of PJ Hall. Tough road game for a team with a lot of new pieces that is still trying to gel as a unit and without their best player.
Our post-game interviews and highlights are below!
MORE CLEMSON FOOTBALL COVERAGE HERE