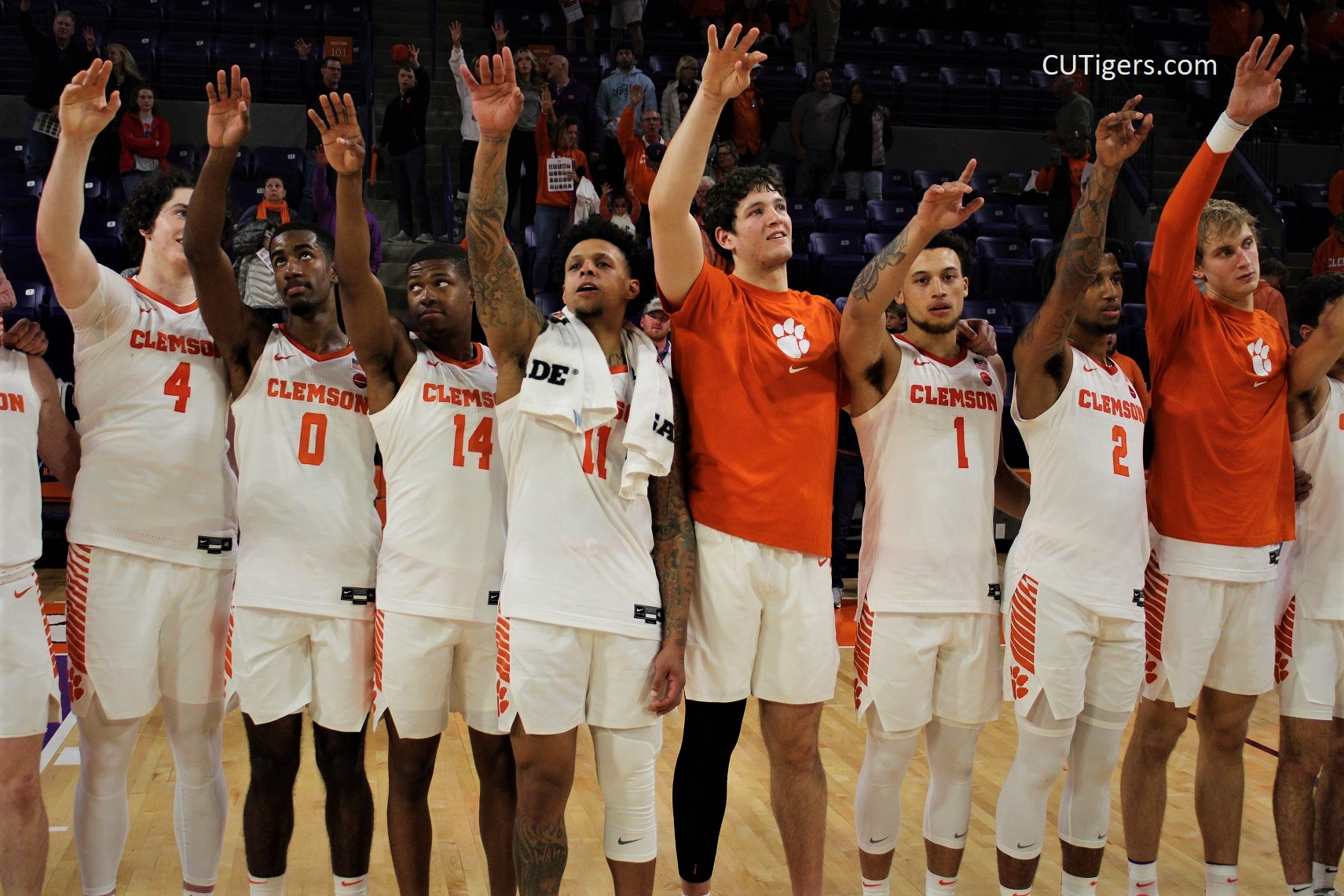 CLEMSON, SC - The Tigers were coming off a solid double-digit win Friday night over a good Bellarmine team that won at Louisivlle last week, and they left no doubt against Loyola on Monday, dominating from start to finish. They led 43-14 at the half and cruised to a 72-41 win, their biggest margin of the season.
Hunter Tyson, who's playing through a nagging injury to his shooting wrist, led the way for the Tigers with 14 points, going 2-5 from beyond the arc. Alex Hemenway was 3-3 from 3 and 5-5 from the field for 13 points, and Chase Hunter added 10. PJ Hall, who had been averaging about 20 minutes per game, played just 13 minutes and scored 4 points after a scoreless first half. With the big lead, the Tigers got some valuable minutes for their youngsters, Dillon Hunter, Josh Beadle, Chauncey Wiggins and RJ Godfrey. The latter two scored 7 apiece. The Tigers forced 18 turnovers and had 16 assists. The competition will stiffen over the next couple games, as the Tigers will play in a Thanksgiving weekend tournament in Florida, where they will play Iowa on Friday.
Highlights and our post-game interviews are below!
MORE CLEMSON FOOTBALL COVERAGE HERE