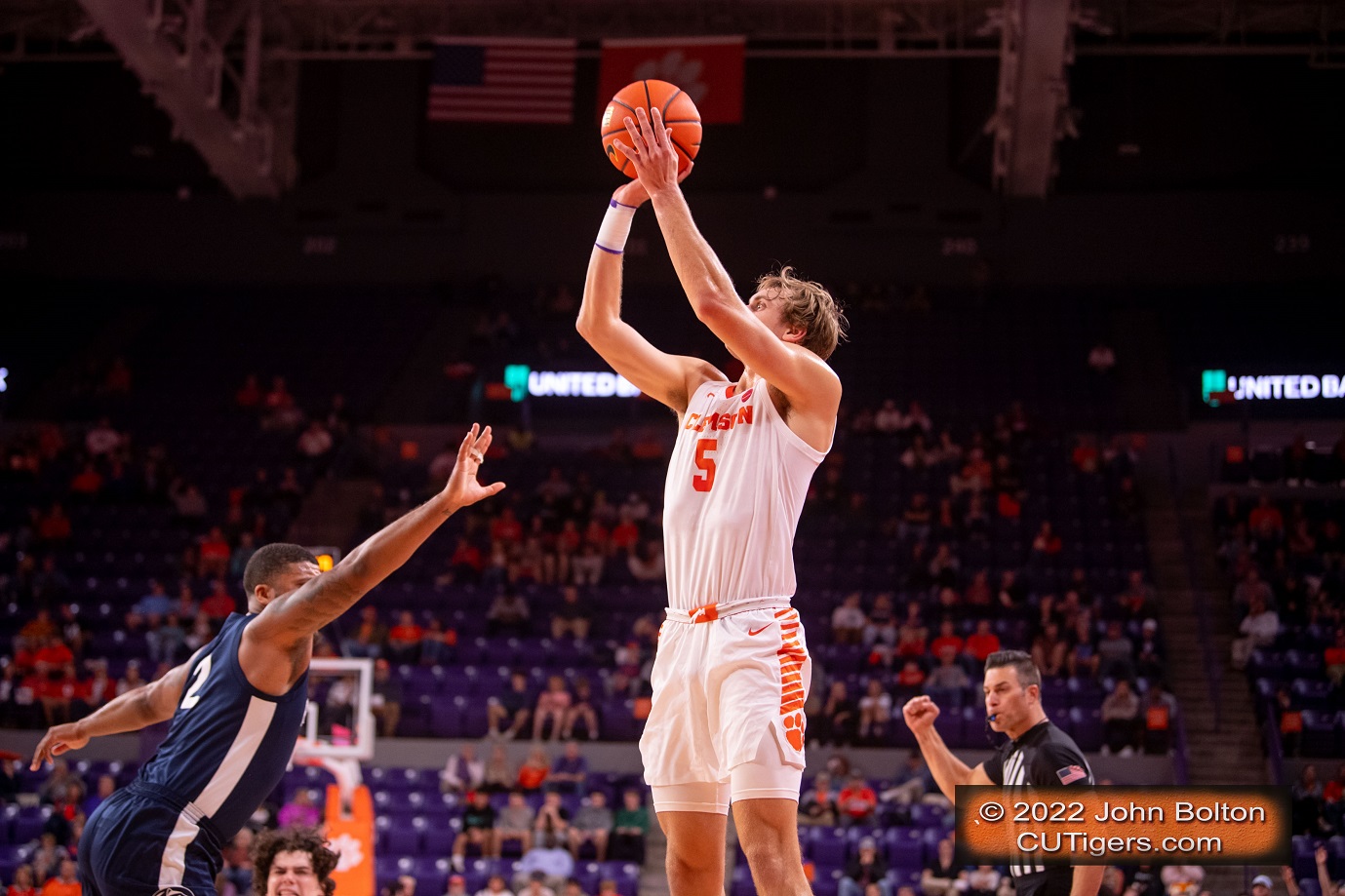 CLEMSON, SC - WHEW, they almost blew it! Tigers had a 7-point lead with under a minute left but missed 4 out of 6 free throws, and Penn State made a circus 3-pointer off the glass to send it to overtime. The Tigers showed a lot of grit and resilience to bounce back from that melt down! Most teams would have caved in and lost in overtime. In fact, the Tigers had to come from behind in the second stanza as well! 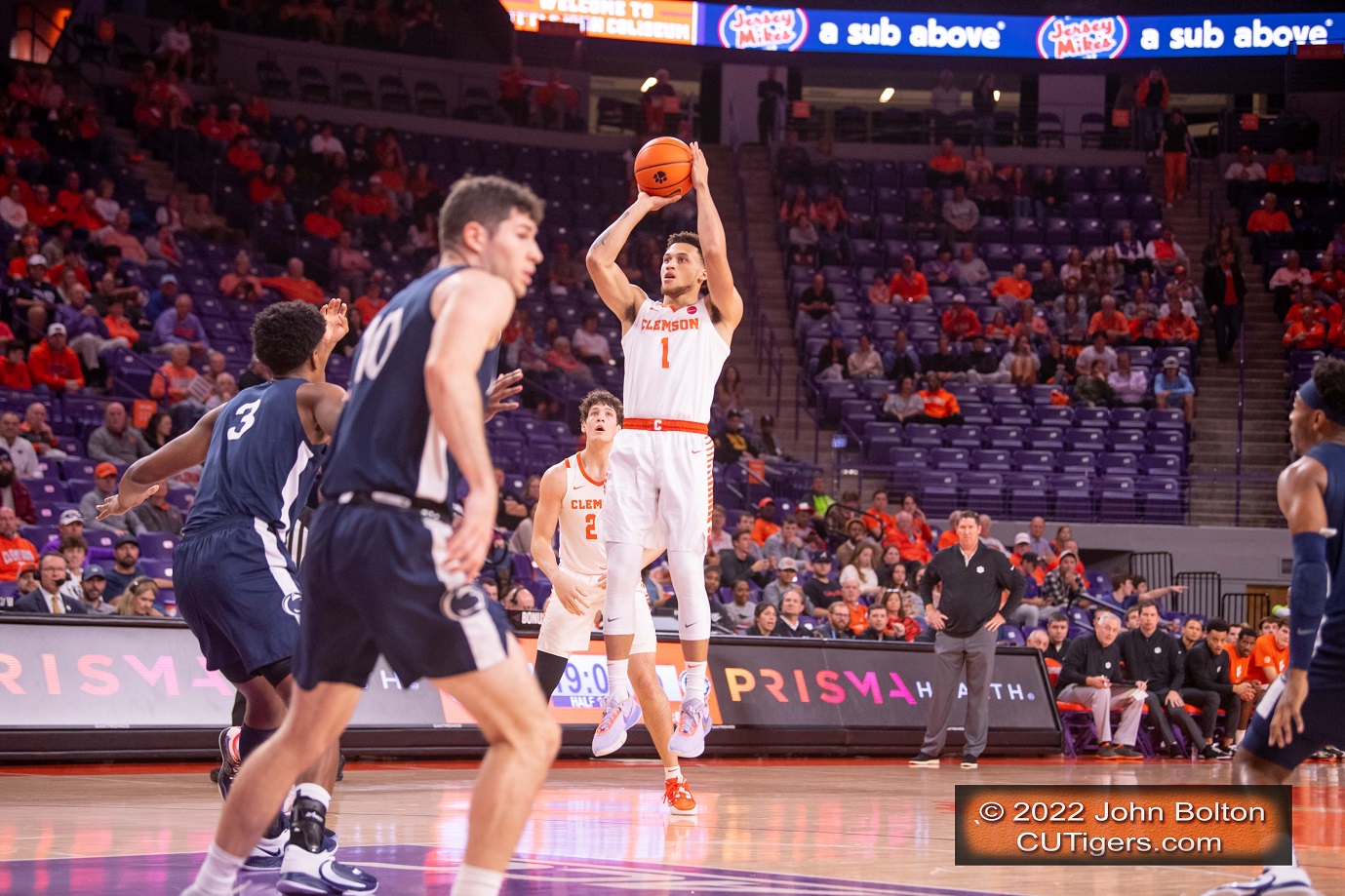 Chase Hunter, the Tigers' leading scorer, had a miserable night. He was 1-12 from the field, not scoring until late in the second half, and fouled out in overtime. I guess I jinxed him when I posted pre-game that he was shooting 60 percent from 3 to lead the Power Five! He just could not buy a bucket. Everything rattled out for him. Everyone has a game like that at some point. If you had told me that Hunter would be 1-12 and Penn State would go 25-29 at the free throw line, I never would have believed the Tigers would win! They would have won by 15 or more if Hunter had a normal night. 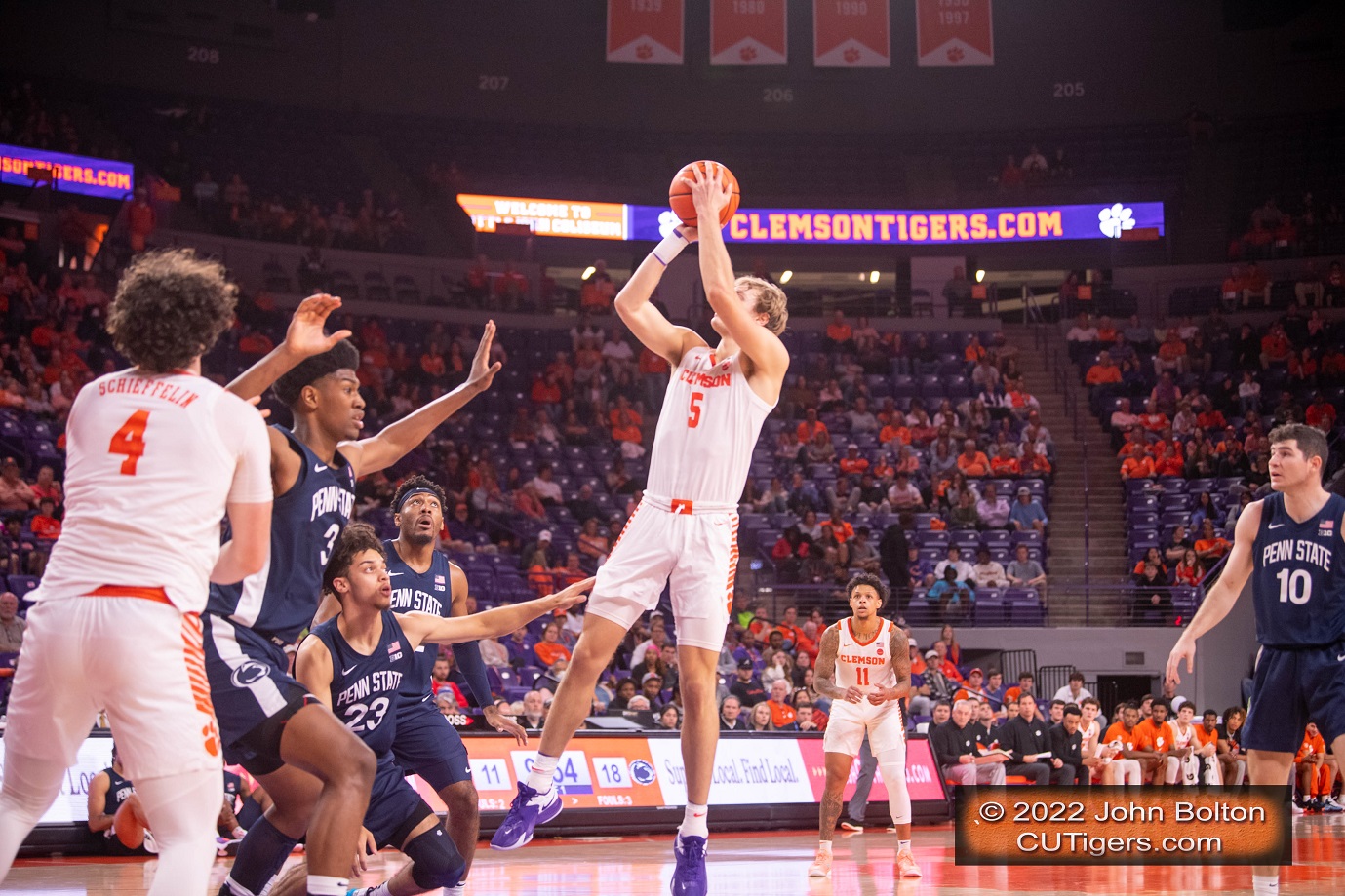 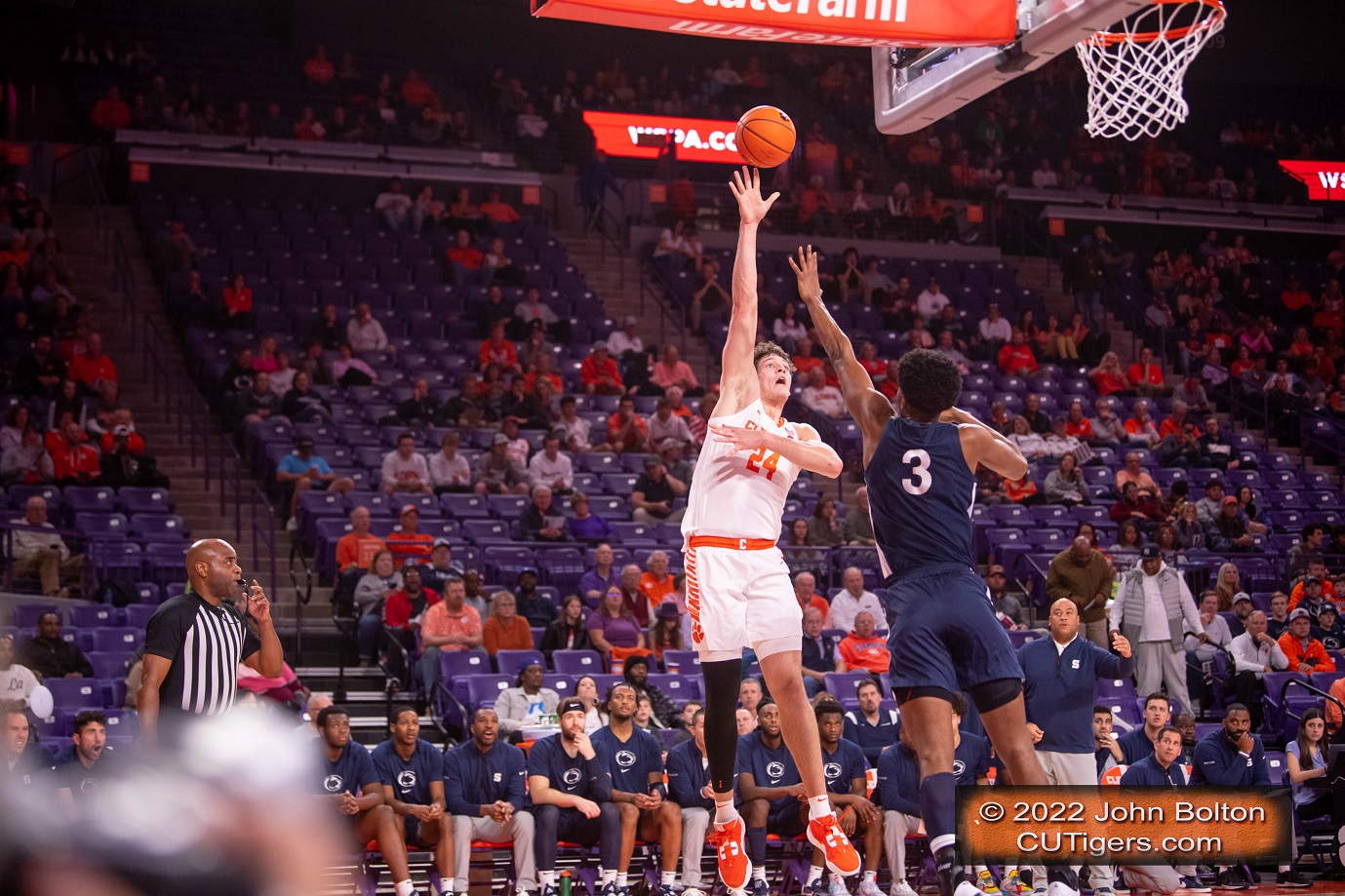 After a scoreless first half, the leader of the team, Hunter Tyson, took charge and carried the Tigers in the second half. He scored 24, all after halftime, and was 7-9 after the break. Hall played 24 minutes and scored a season-high 22 points with 11 coming in overtime, including the last 4 points of the first overtime to send it to double OT. The Tigers are 6-2 heading into ACC play with a home game against Wake on Friday!
Post-game interviews and highlights are below!
MORE CLEMSON FOOTBALL COVERAGE HERE