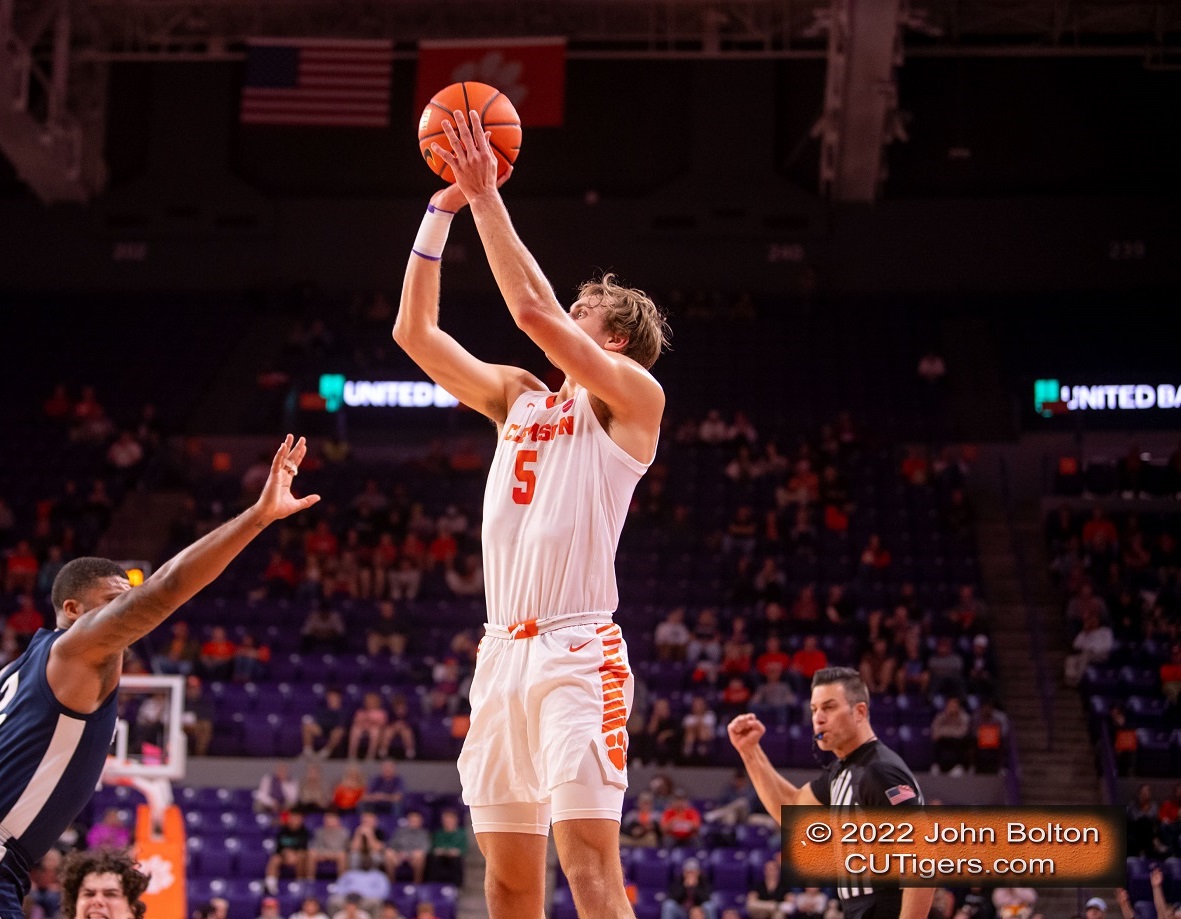 
CLEMSON 3-POINT SHOOTING RETURNS, AS DOES DEFENSE, IN 85-57 ROUT OF RICHMOND

GREENVILLE, SC - Well, the Tigers proved that last week's loss to Loyola Chicago in Atlanta was an outlier. They shot just 3-21 from 3 in that game after shooting 61% from 3 in their previous outing. With a good week of practice, the Tigers were clicking on all levels Saturday night in Greenville, jumping out to a 13-1 lead over Richmond and never looking back. The Tigers' defense was suffocating, and their hot shooting returned, as they shot 12-26 from 3 with 20 assists and just 8 turnovers. The Tigers took a 43-19 lead into the half and led by 35 with 3 minutes left before Brownell cleared his bench.
Big bounce back by the Tigers as they return to ACC play at Tech next week! Hunter scored 18 and Tyson had 16. They got some good minutes for the freshmen and a nice second half from Middlebrooks. Hall played 10 minutes in the first half and just 7 in the second with the big lead, but he's starting to look closer to 100 percent on both ends of the floor. He finished with 9 points, 8 rebounds, 2 assists, 2 blocks and 2 steals, shooting a perfect 3-3 from the arc. Hemenway scored 8 points and left the game early in the second half. Brownell said after the game that it was due to a plantar fascia (heel) injury he's been dealing with. Hopefully he'll be able to play at Georgia Tech next week!
MORE CLEMSON BASKETBALL AND FOOTBALL COVERAGE HERE