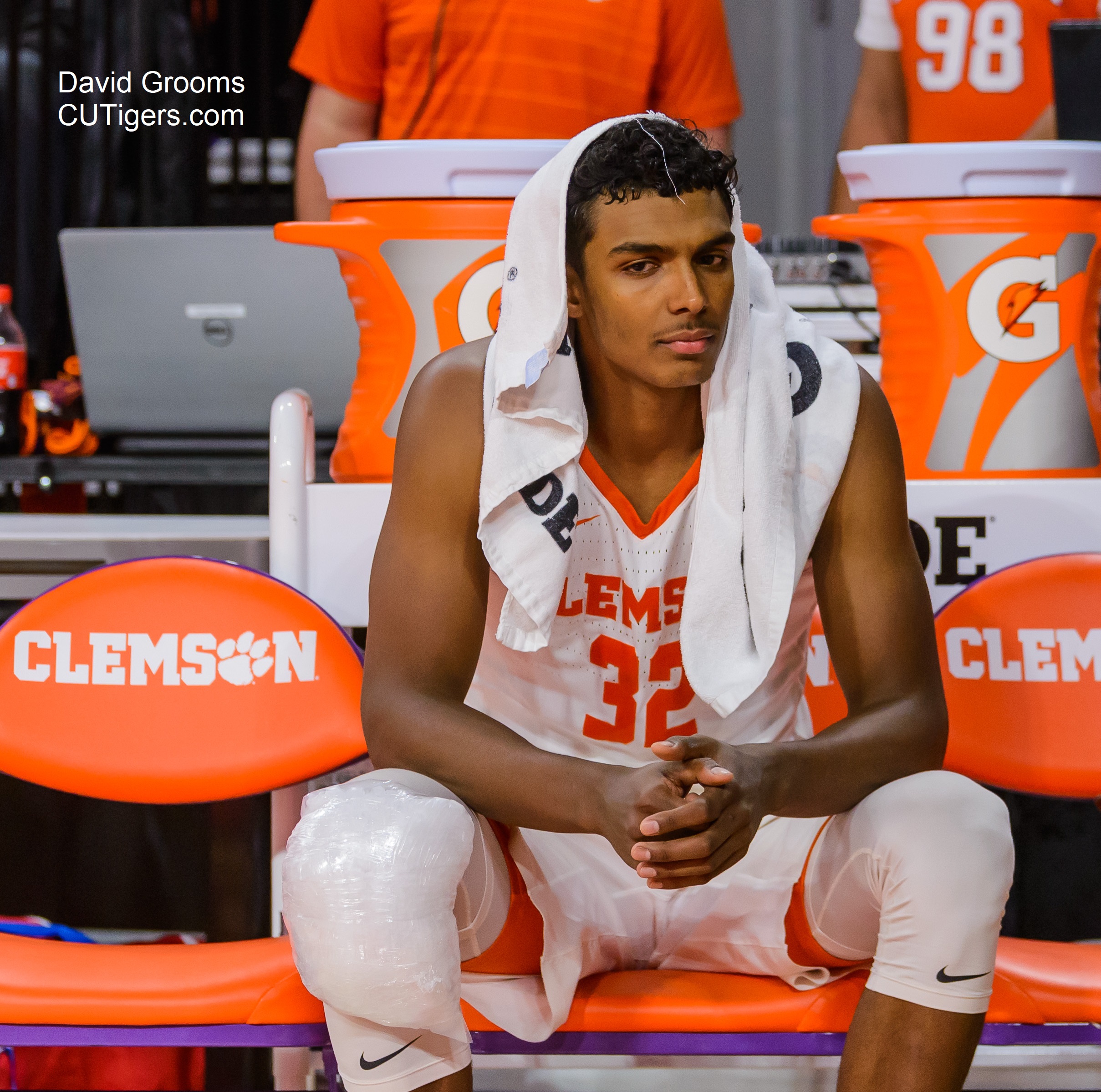 #20 Clemson beat Notre Dame 67-58 in front of a sellout Littlejohn crowd, but senior Donte Grantham suffered a knee injury and left the game in the second half. 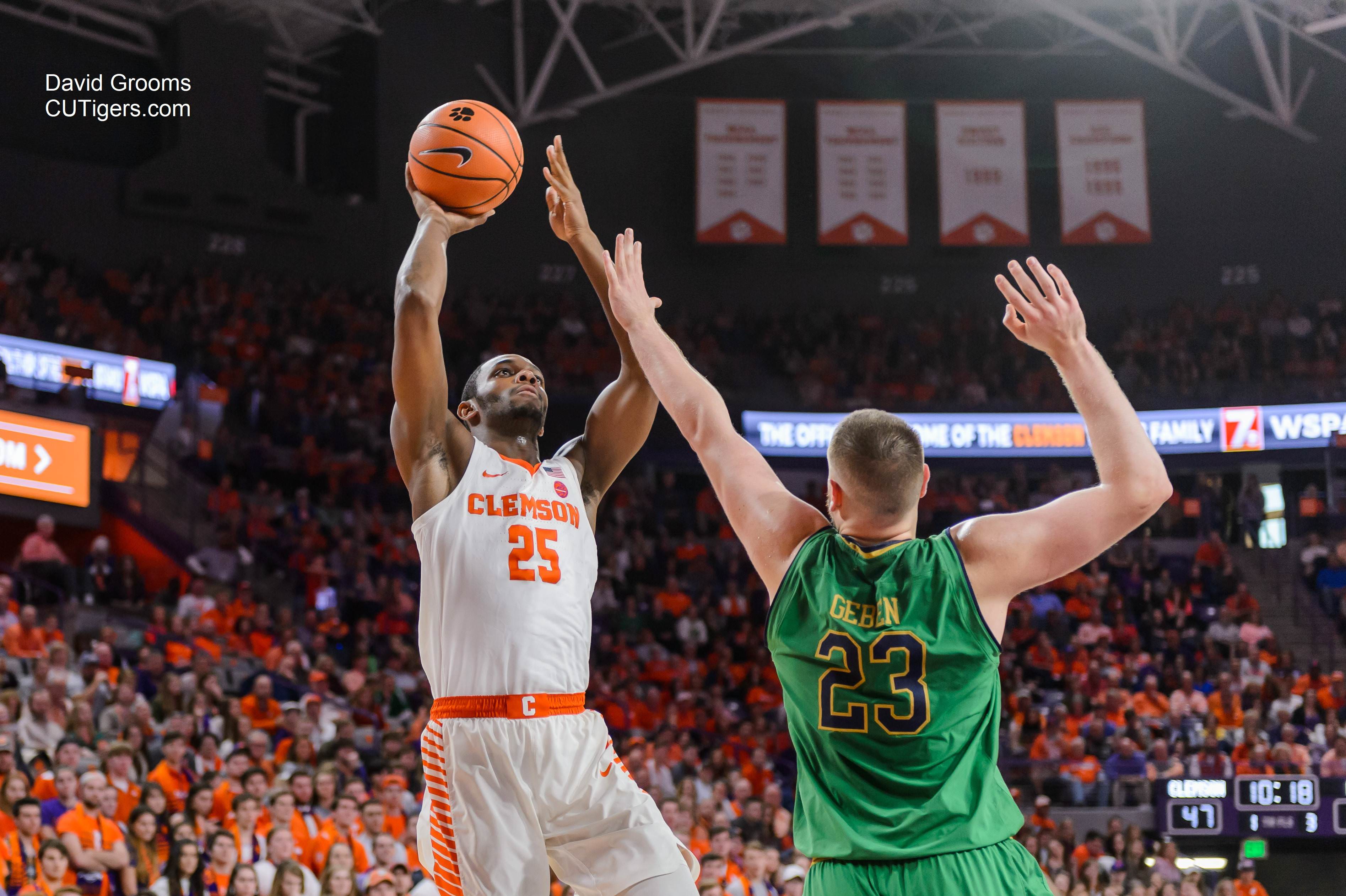 CLEMSON, S.C. — A wire-to-wire victory sealed with an Aamir Simms three-pointer and blocked shot led Clemson University men’s basketball to a 67-58 victory over Notre Dame on Saturday inside Littlejohn Coliseum.

With a 59-56 lead and 1:04 to play in the ballgame, Simms knocked down this biggest 3-pointer of his season in the far corner of the floor off of an assist from Marcquise Reed to put the Tigers up by six.

Then with the Tigers up by seven and 23 seconds remaining, Simms swatted a huge block to keep the Irish from scoring and Shelton Mitchellwould hit two free throws to seal the victory.

Four Tigers would net double-figures and Gabe DeVoe would lead the way with 17 points, including five rebounds. Mitchell poured in 12 points and tied his career-high with seven boards, while also dishing out five assists.

Reed also posted 12 points, while Donte Grantham would score 11 before exiting the game with a lower-body injury.

The Clemson defense limited Notre Dame to just 25.8 percent shooting from beyond the arc (8-for-31). The Tigers also limited their fouls and committed just 10 leaving the Irish with just two free throw attempts on the afternoon.

The Tigers will look to carry its momentum into a big matchup on Tuesday, Jan. 23 when it travels to No. 2 Virginia. Tip time is set for 7 p.m.

Notes: Clemson moves to 16-3 overall and 5-2 in ACC play … Shelton Mitchelltied his career-high with seven rebounds … Gabe DeVoe led the team in scoring for the first time this season with 17 points … head coach Brad Brownell earned his 140th win at Clemson.